Waterspouts spotted off the Louisiana coast

A waterspout was seen today in the Gulf of Mexico near Marsh Island and Cote Blanche.

Two viewers in the area snapped a photo and some video of the large waterspout. A photo sent to KATC by Todd LeBlanc captured the funnel from the Cote Blanche area. 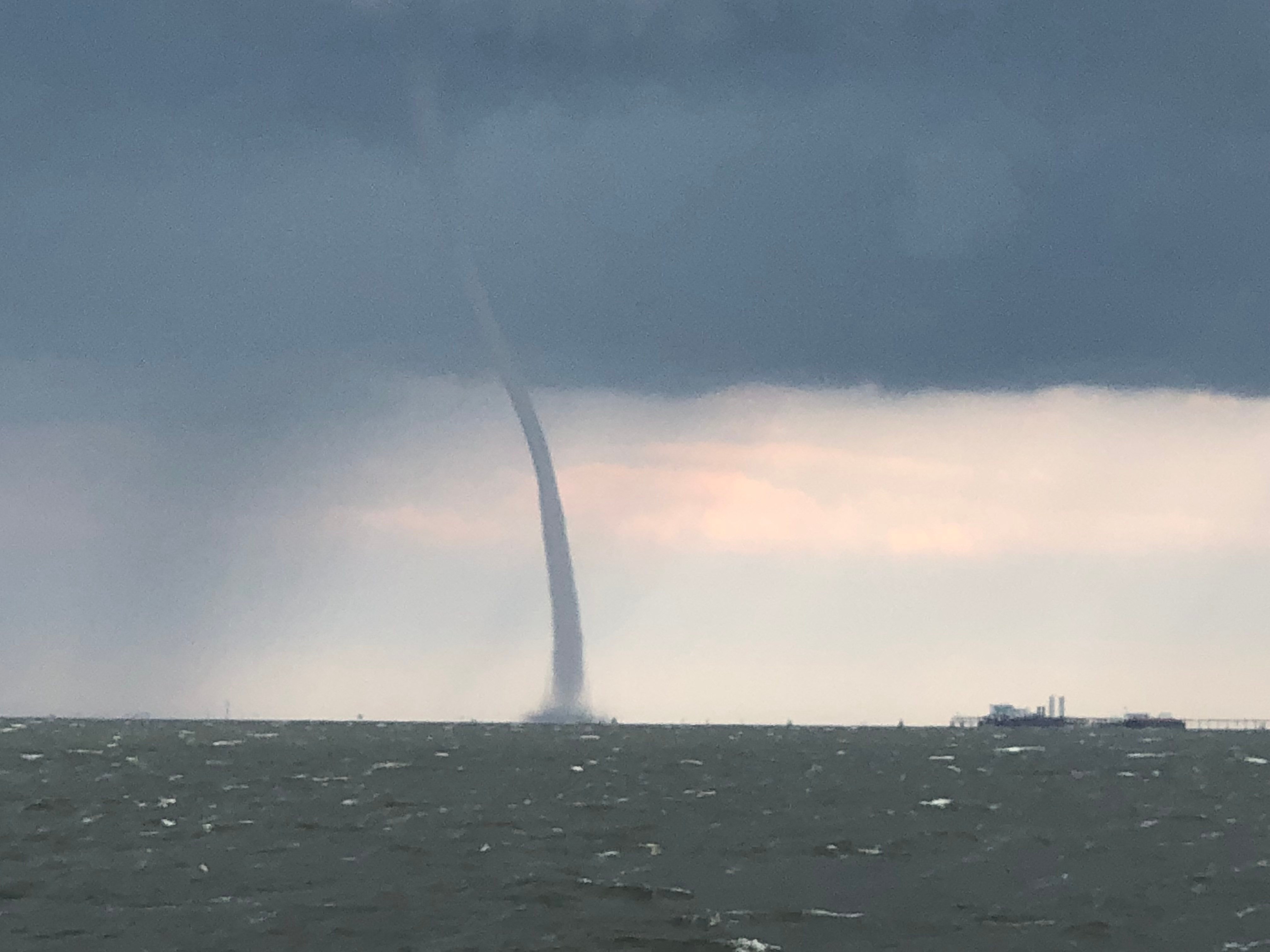 As always here is a bit about this weather phenomenon:

According to NOAA, Waterspouts fall into two categories, fair weather, and tornadic waterspouts.

"Tornadic waterspouts are tornadoes that form over water or move from land to water. They are associated with severe thunderstorms and are often accompanied by high winds and seas, large hail, and frequent dangerous lightning," The NOAA says.

Watch the videos below: