Another round of town hall meetings end in Lafayette

On Thursday, another round of town hall meetings took place in Lafayette Parish.

The meetings today were hosted by Council members Patrick Lewis and Jay Castille where discussions on the proposed split in the city-parish council continued.

Under Lewis’s plan, all nine council members would vote on city issues but their votes would be weighted based on how much of the city their districts cover. 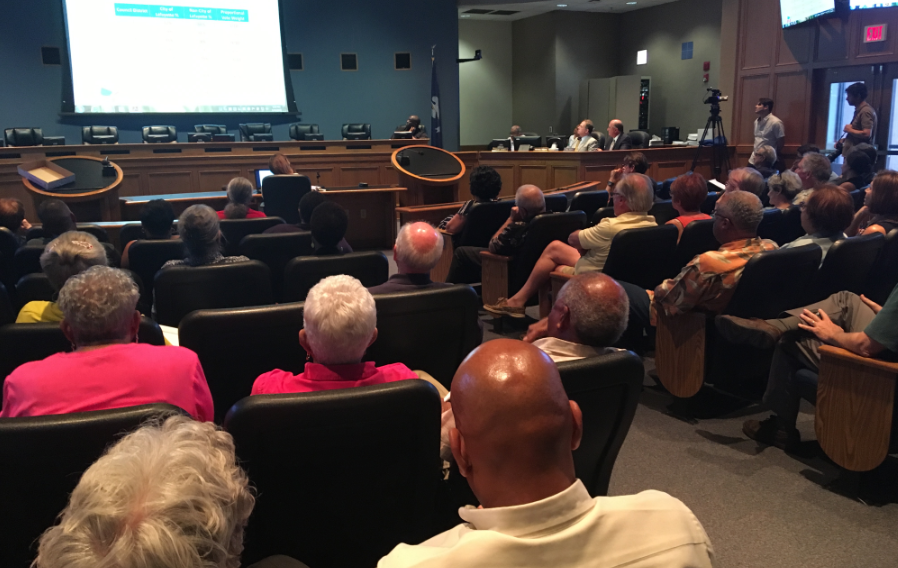 Councilman Jay Castille hosted his town hall at the Carencro Community Center.  During the meeting, Castille fielded questions from constituents about the proposal.

Castille says the split council proposal is the best plan for residents in the unincorporated area.