The New Orleans Police Department is asking for help from the public in locating a mother and her two daughters who they say have been missing for over a month.

The department says that 27-year-old Rocquelle Jefferson and her two daughters 2-year-old Rylee and five-year-old Samiya Jefferson were last on June 9 at their residence in the 14700 block of Chef Menteur Highway in the city. 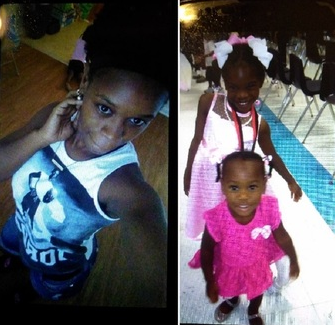 Jefferson’s mother told officers that, prior to the disappearance, her daughter’s live-in-boyfriend allegedly kicked down the door to Jefferson’s home and the two fought. She also relayed to deputies that is way unusual for her daughter to go more than a month without contacting her.

The NOPD asks that anyone with information on the whereabouts of Rocquelle and her two daughters contact the Seventh District detectives at 504-658-6070.