A delegation of Lafayette Police officers are in Washington, D.C. to join in the 37th Annual National Peace Officers’ Memorial Day Services.

Law enforcement officers from around the world converge on Washington, D.C. to participate in a number of planned events which honor those that have paid the ultimate sacrifice.

Here is a photo from Danny Landry, first assistant district attorney with the 15th Judicial District, who is attending the events in Washington. 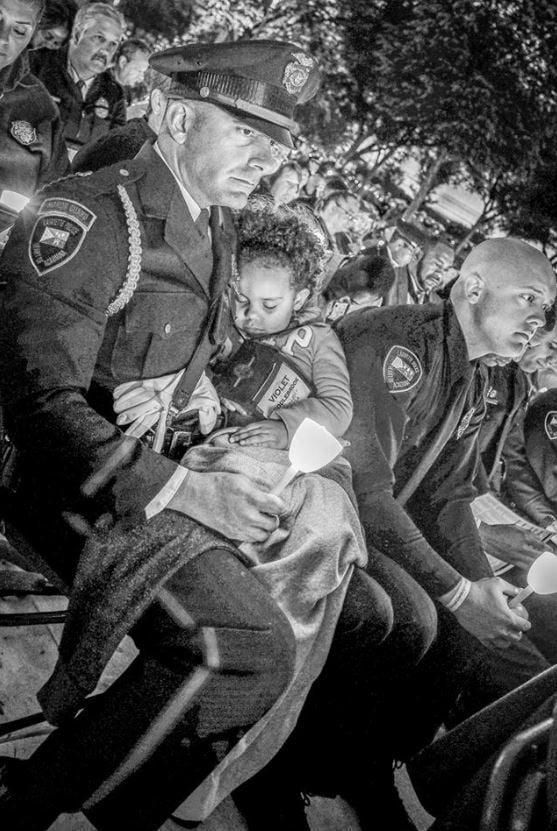 Cpl. Michael Middlebrook’s daughter rests in the arms of an Honor Guard of the Lafayette Police Department during the opening ceremonies for Police Week. Moving Candlelight Vigil in Washington DC honoring those who died in the line of duty – Photo Courtesy of Danny Landry

Businesses and citizens are encouraged to fly the American Flag at Half Staff on Tuesday May 15th.

On Thursday, there will be a Police Memorial Day Ceremony at St. Barnabas Episcopal Church on Camellia Boulevard.

The event will begin at 6 p.m. and the public is invited to attend.

Relatives of area slain officers will be in attendance along with law enforcement officers representing surrounding agencies.  A police motorcade will depart from the Lafayette Police Department at 5:30 pm and travel to St. Barnabas Episcopal Church.  The memorial service will honor the memory of Acadiana area law enforcement officers killed in the line of duty, with a special dedication to honor Corporal Michael Middlebrook killed in the line of duty October 01, 2017.