The missing statue at a Henderson dinosaur park has been found after it was stolen over the weekend.

Prehistoric Park was contacted through social media from a private citizen about a Velociraptor statue that the business had reported missing, according to Captain James Thibodaux. The citizen came upon the 75-pound statue in a deep canal in the middle of a sugar cane field in St. Martin Parish between Breaux Bridge and Parks, stated Thibodaux.

Police went to the location and located the five-foot-tall statue in the canal. St. Martin Parish Sheriff’s Office assisted with the recovery.

On Monday the park posted on Facebook asking the public to help find the person or persons involved in the theft of the Velociraptor statue. The owners said that at the price the item is valued, the person could face felony charges.

The case remains under investigation. 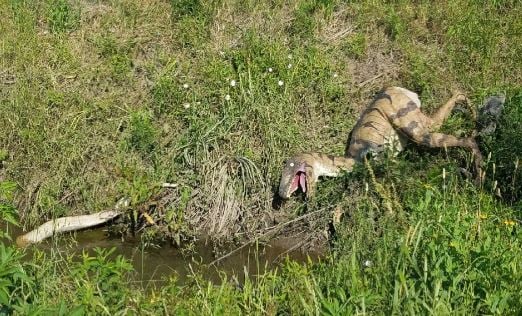