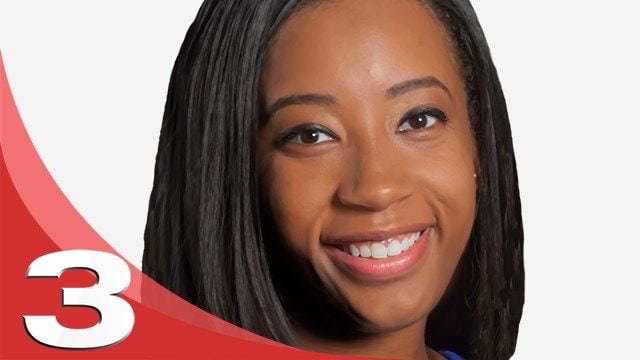 Justice Henderson joined the KATC team as a reporter in July of 2017.

Henderson is a native from Fort Worth, Tx and recently earned her Broadcast Journalism Degree from the University of Missouri- Columbia (Mizzou). She was previously an anchor/reporter at KOMU- 8, the NBC affiliate in Columbia Missouri. In the summer of 2016 she interned at WKYC- 3 in Cleveland, OH during the Republican National Convention and the NBA finals. She has also been a reporter for KBIA, which is the NPR affiliate in Columbia, MO.

When she isn’t reporting, Justice enjoys volunteering with Big Brothers Big Sisters. She also has a passion for mentoring young women who aspire to enter the media industry. She loves to be involved in the community and is looking forward to more volunteer opportunities in Lafayette.

Justice is a member of Alpha Kappa Alpha Sorority Inc. She is also a member of the National Association of Black Journalist. Justice loves a good book while curled up on the couch, or doing anything surrounded by a big body of water. She is glad to be back down south and closer to her family and friends.