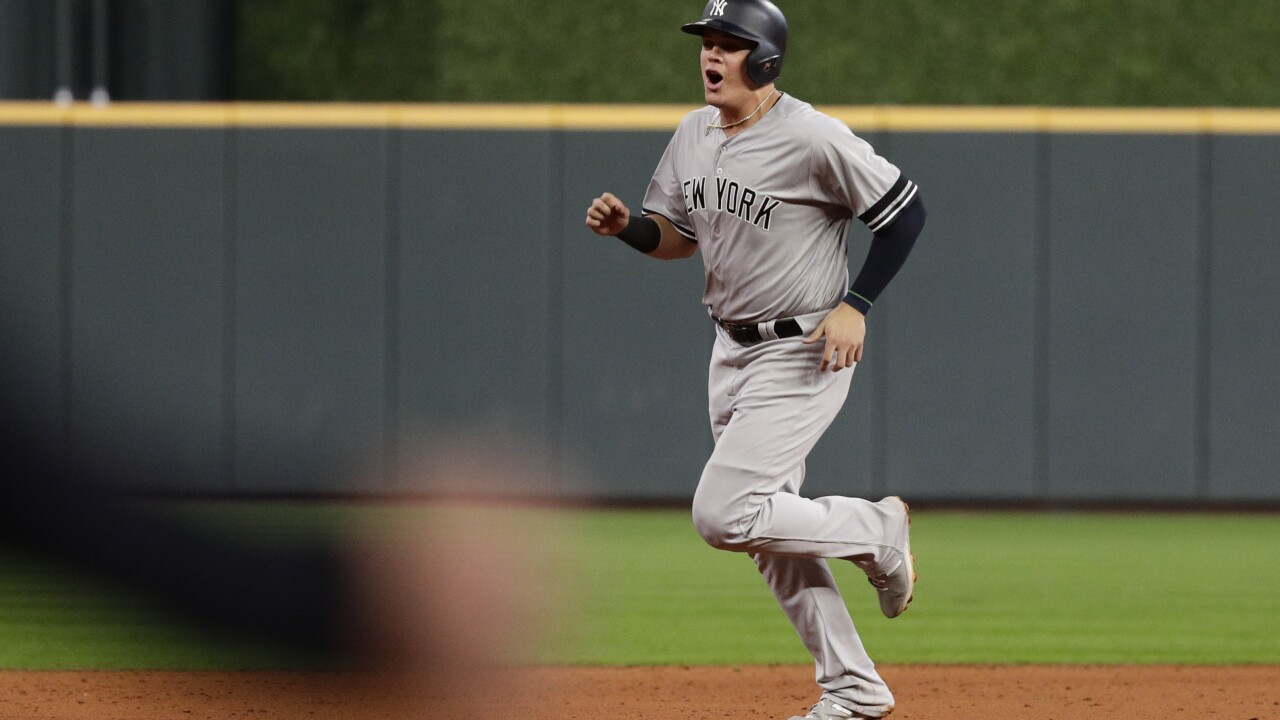 NEW YORK (AP) — Yankees pitcher Masahiro Tanaka was alert and sent to a hospital after he was hit in the head by a line drive off the bat of slugger Giancarlo Stanton during live batting practice Saturday, a frightening scene during the team’s first official summer camp workout. Manager Aaron Boone also announced that All-Star infielder DJ LeMahieu and right-hander Luis Cessa tested positive for the coronavirus before traveling to New York and are self-isolating at home. Tanaka’s hat flew off and he immediately collapsed to the ground, cradling his head at Yankee Stadium. He is expected to be released from the hospital Saturday night and will enter concussion protocol.