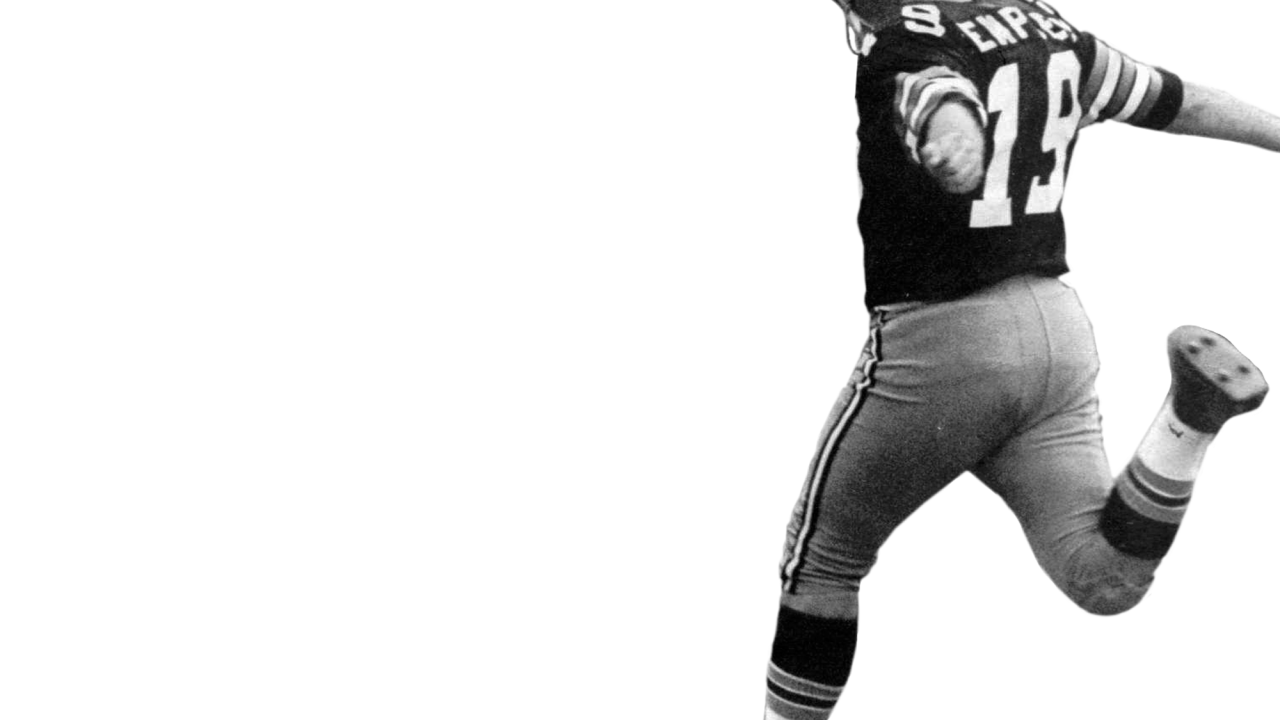 UNDATED (AP) — Speedy halfback and receiver Bobby Mitchell has died at 84, according to the Pro Football Hall of Fame. He played halfback for the Cleveland Browns from 1958-61 and was a flanker for Washington from 1962-68, becoming the first African American to sign with the Redskins. Mitchell was inducted into the Hall of Fame in 1983 after earning three All-NFL and four Pro Bowls selections. He immediately became one of the NFL’s most dangerous receivers upon arrival in Washington, leading the league with 72 receptions and 1,384 receiving yards in 1962.

NEW ORLEANS (AP) — Former NFL kicker Tom Dempsey has died at 73 from what his family described as complications from the new coronavirus. He managed to play 11 NFL seasons for five different teams despite being born without toes on his kicking foot. Dempsey drilled a game-winning, 63-yard field goal for New Orleans against Detroit in 1970, a league record that stood for 43 years.

LEXINGTON, Ky. (AP) — Ashton Hagans is entering the NBA draft after two seasons at the University of Kentucky, saying the time is now to pursue his dream of playing professionally. Hagans emerged as one of the nation’s best point guards last season after earning SEC Defender of the Year honors as a freshman. He started 29 of his 30 games last season, averaging 11.5 points, 6.4 assists and 1.9 steals for the Wildcats.

UNDATED (AP) — Major League Soccer's 25th season is on hold indefinitely because of the coronavirus outbreak, but league officials and coaches still hope the league will be able to get in a full season with fans in attendance. The league had set a target date for re-starting on May 10, although that now seems unlikely. The anniversary of the first MLS match is tomorrow. On April 6, 1996, the San Jose Clash hosted D.C. United before 31,000 fans at Spartan Stadium. Eric Wynalda scored in the 87th minute, giving the Clash a 1-0 victory.

UNDATED (AP) — A Serbian soccer player has been sentenced to three months of home detention for flouting a curfew imposed to curb the spread of coronavirus. Police had arrested Aleksandar Prijovic and 19 others for gathering at a hotel lobby bar in Belgrade on Friday and violating the country’s 5 p.m. to 5 a.m. lockdown orders. He is the second Serbian soccer player to be caught violating the stay-at-home orders. Those who violate the restrictive measures could face up to three years in jail.

For copyright information, check with the distributor of this item.