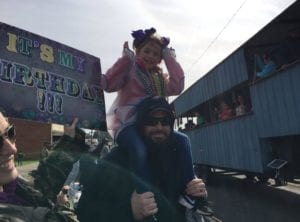 The parade is known for being an old-fashioned, family-friendly event. 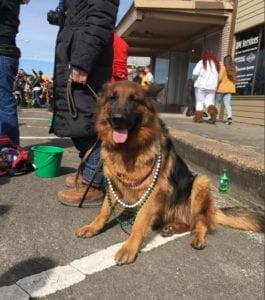 The krewe was organized in 1955 by a group of women who wanted to preserve the traditions of Acadian Mardi Gras celebrations.

“It started 65 years ago, a bunch of women over a cup of coffee, and they decided they wanted to do something charitable like entertain the kids,” said Donna Zaunbrecher, president of the krewe. “So eventually they decided to form a krewe and so that’s how Krewe Chic a la Pie was started – and then they started parades.”