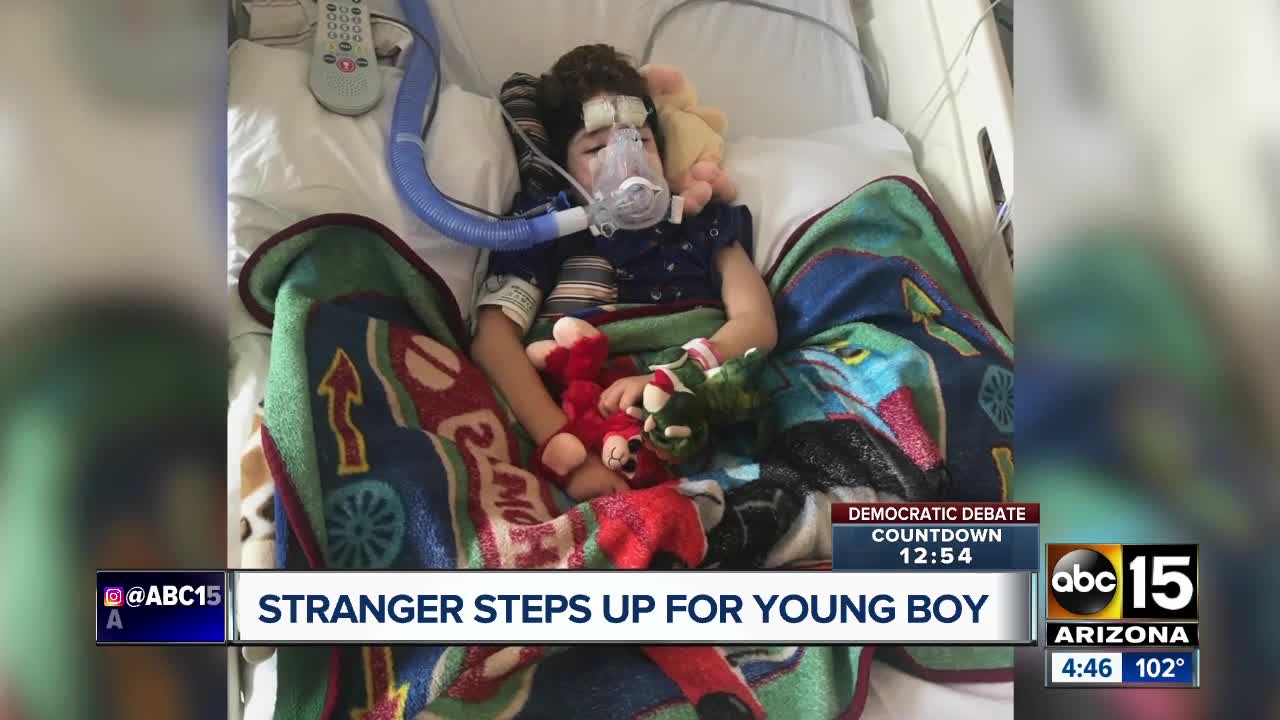 A text message sent to the wrong number off by one digit led to an unexpected act of kindness by a stranger. 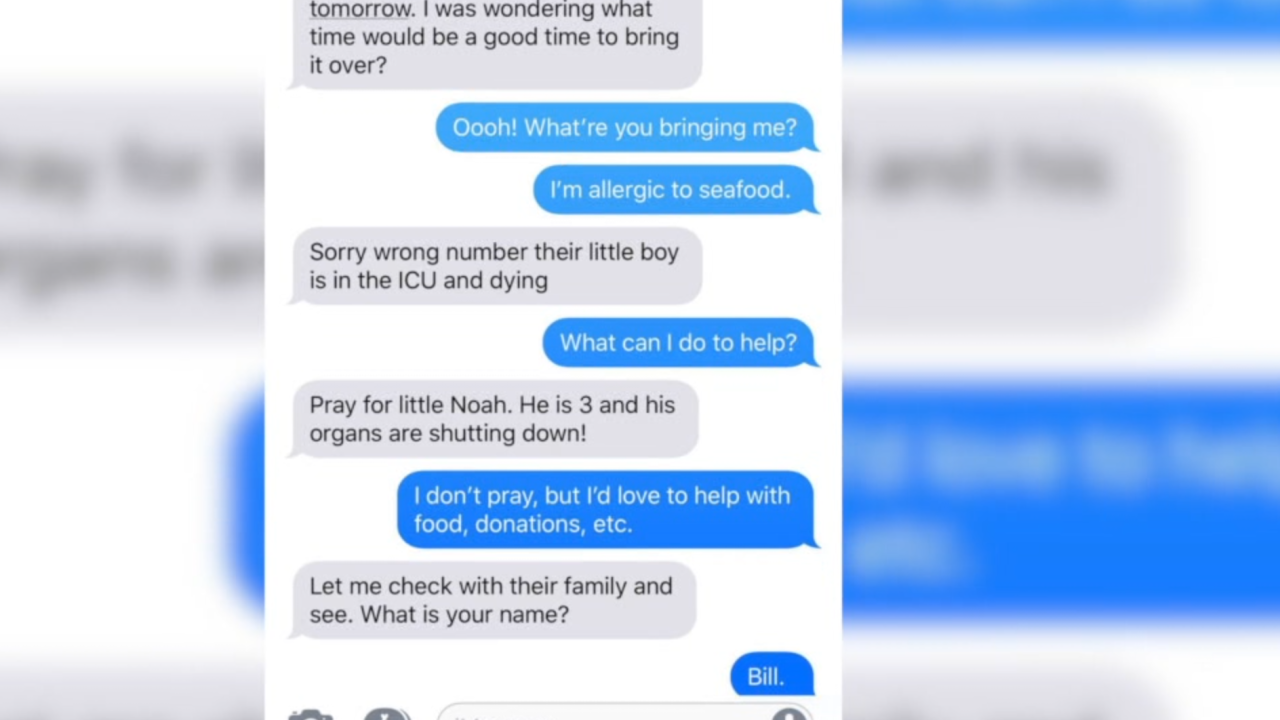 PHOENIX — A text message sent to the wrong number led to an unexpected act of kindness by a stranger.

Abby Fink was trying to text a family friend whose son had recently been hospitalized. Four-year-old Noah suffered a life-threatening seizure that sent vomit into his lungs.

"Hey brother Jakeman, this is sister Fink, we are bringing you dinner tomorrow I was wondering what time would be a good time to bring it over?" Fink texted to a number she thought was her friend's.

Fink received a text back from a stranger named Bill, who decided to have a little fun.

"The response I got back was, 'Oh what are you bringing me; I don't like seafood,'" Fink said.

She immediately recognized her error — one of the digits in the number she texted was off by one. But when Fink told Bill who the text was meant for, the stranger's response was unexpected.

Bill said he "doesn't really pray," but would be willing to help out with food and donations.

As you can imagine, Fink was stunned.

Bill told Fink that as a single father, it was a teachable moment for his son, and it's "just what people do."

"I'm thinking to myself, no that's not what people do because it's hard to find good people, good genuine people who want to serve and help others," Fink said.

Since then, Bill has rallied friends on Facebook to send gifts and cards to Noah. Bill even contacted a local charity who now wants to lend a hand too.

Alex Jakeman, Noah's mom, said in a phone interview that the unexpected kindness had warmed her heart.

"We were just really touched and in awe that a perfect stranger, that all he knew was that a little boy was in the ICU and he just wanted to jump into action," Jakeman said.

Noah is finally out of the ICU but remains at Phoenix Children's Hospital as a lengthy recovery begins.

As for Bill, he plans to drop off a gift and meet the young boy in person next week.

"I told Bill, 'I don't know if you believe in God or not, but I believe you were sent here to help this family.' I told him he was an angel," Fink said.

This story was originally published by Cameron Polom on KNXV in Phoenix.