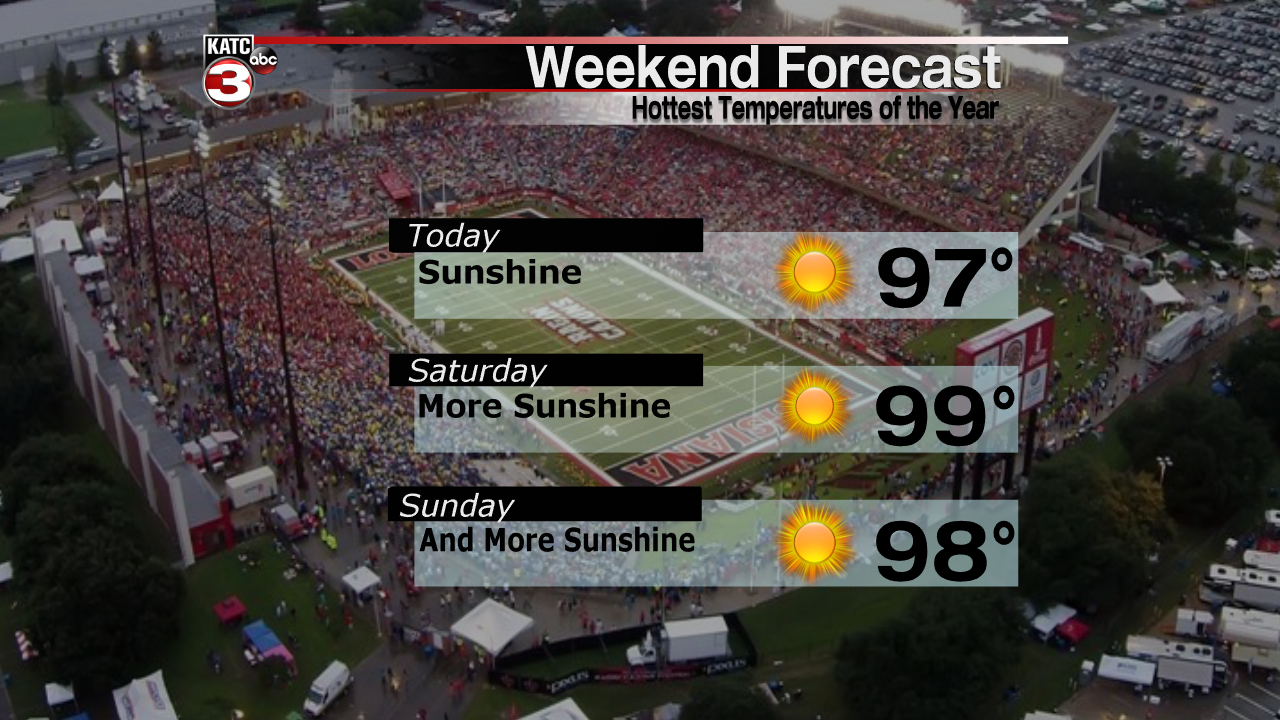 High pressure and dry air will pair to bring some of the hottest temperatures this summer. We've reached 98 degrees twice this year. Once on June 2 and the other on July 6. The forecast calls for upper 90s for most of the weekend, with a few inland areas possibly touching 100. A light flow from the north will continue to bring dry air into the region. This is helped by a weak ridge of high pressure, and the influence of Hurricane Dorian to the east. Because humidity will be fairly low, heat index values won't be much higher than the actual temperatures. Expect the "feels like" temperatures to stay below 105, well below heat advisory criteria. Regardless, if you're planning on outdoor activities, including tailgating this weekend, remind yourself to stay hydrated. Sweat will evaporate quicker with dry air, helping to cool your body. But because we're so used to being covered in sweat here in Louisiana and actually noticing we're losing water, some may not realize how dehydrated they've become, because they're not sweating. Dry weather is expected to linger into early next week, with daily rain chances returning later in the week.

Hurricane Dorian is making landfall along the outer banks of North Carolina. It will quickly get swept up by a trough rapidly kicking it northeastward. Dorian should be near Nova Scotia by Saturday evening. This will have Dorian covering more distance in 24 hours than it has since last weekend! There are several other areas to watch in the Atlantic, but nothing is threatening the Gulf of Mexico or Louisiana over the next few days. Tropical Storm Gabrielle is barely hanging on as a storm in the Atlantic. A strong wave off the coast of Africa has a 60% chance for development over the next five days. Two other disturbances have less than a 10% chance for development.