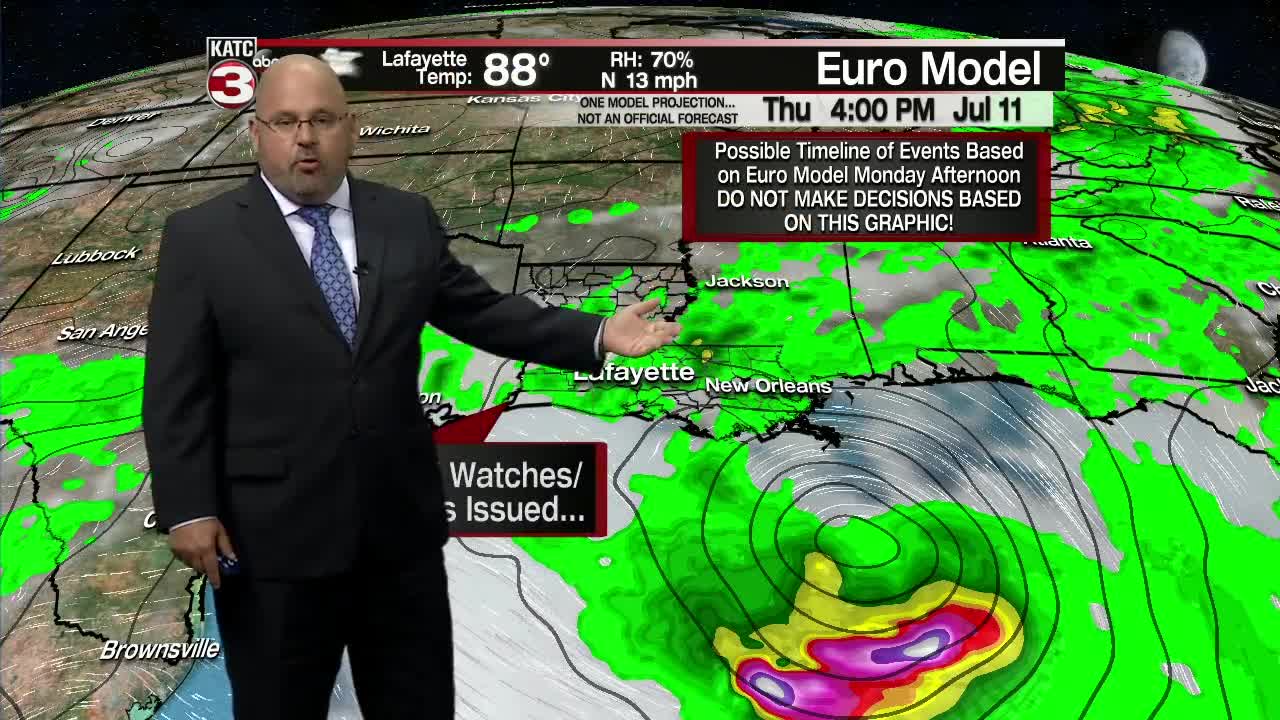 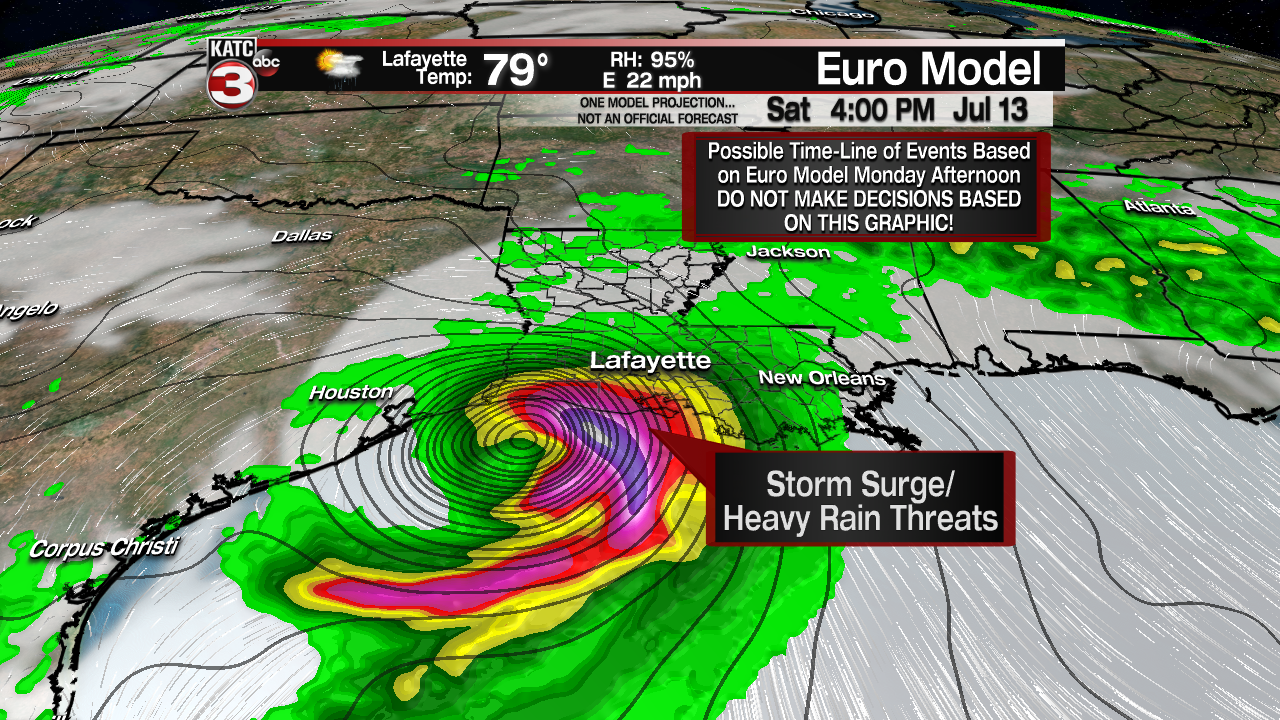 As we try to figure out what might happen later this week concerning the potential system in the Gulf here is a day-by-day look at the latest European model as of Monday afternoon.

Keep in mind this is not an official forecast and things will likely change in the coming days but this gives you a good idea of what to expect over the next week.

Right now there is a broad area of low pressure over Georgia which will slowly drop to the the south towards the northeastern Gulf of Mexico.

Once this low enters the Gulf and taps into the warm waters it should gradually begin to strengthen and develop tropical characteristics.

By Wednesday the system will still be relatively weak, maybe a tropical depression or low-end tropical storm (Barry), but expect tropical storm watches/warnings to be issued for most of the Gulf Coast from Louisiana to Florida.

Locally, we could begin to see our rain chances increase to about 20-30% Wednesday afternoon as some tropical moisture tries to work into the region ahead of the system.

According to the Euro the system will drift to the West on Thursday and start to strengthen into a decent tropical storm with more watches and warnings being issued to include portions of the Texas coast.

As the system is getting its act together in the Gulf a weak cool front will be working towards Acadiana from the north.

This front will interact with the tropical moisture to produce scattered showers and storms for much of Acadiana Thursday afternoon.

For those offshore Thursday is when you will begin to notice conditions turning rough with wind gusts picking up to about 30-50 mph with some tropical rain bands.

Jumping ahead to Friday the system continues its slow track to the WNW in the Gulf.

As it lingers over the warm waters this will allow the system to get better organized and strengthen to a strong tropical storm and could possibly be a low-end hurricane by Friday afternoon.

With the system directly to our south those towards St. Mary parish over to New Orleans could begin to see some tropical rain bands move onshore.

And for those offshore Friday looks to be the worst day for you as the center moves right over the rigs with wind gusts as high as 60-70 mph and rounds of heavy tropical storms.

Following the European model the system looks to make landfall near the TX-LA border as a strong tropical storm or category 1 hurricane sometime Saturday afternoon/evening.

As this storm pushes onshore Acadiana will be on the sloppy side meaning you can expect rounds of heavy, tropical rains.

To go along with the rain it will be windy with sustained breezes between 20-35 mph and gusts as high as 60-70 mph.

Also, with most of Acadiana in the right, front quadrant of the storm we will have a slight to enhanced risk for a few tornadoes to spin-up inside any of the tropical rain bands.

And for those along the coast we could see a storm surge of 3-5+ feet causing coastal flooding in the typical spots.

Even after it moves onshore the system looks to hold together creating the chance for heavy storms to linger into Sunday afternoon.

Winds will also remain breeze on Sunday out of the south at 20-35 mph causing the storm surge to pile up for those along the coast maybe as high as 4-7 feet.

Things look to finally improve for Acadiana later Sunday into the following week.

Again, this is just looking at one run of the European model and not an official but should be used to give you an idea of what we could experience each day if the system follows this projected path.

Stay with KATC for the latest on this potential system.