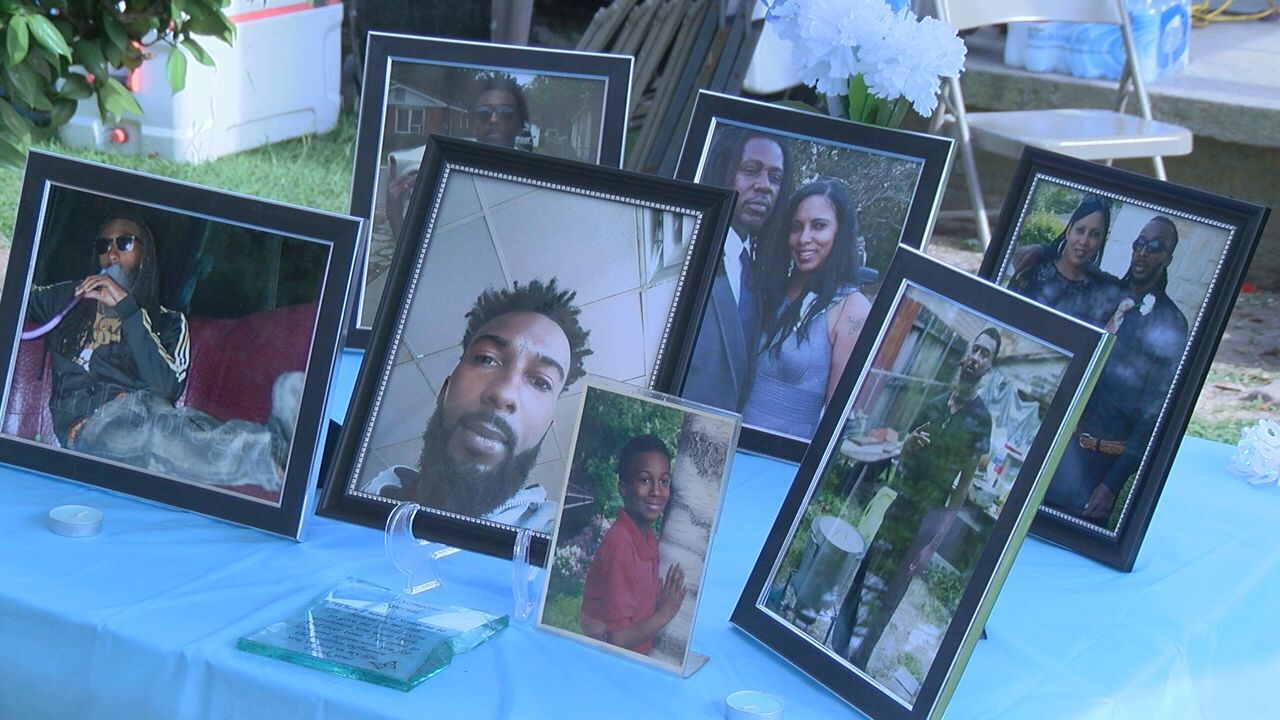 LAFAYETTE — Family and friends are seeking justice in Friday's deadly shooting in Lafayette on Edison street, and an end to violence in the Black community.

"We talking about these cops killing us, we should be more mad when we kill each other. We kill each other the most" one speaker said, as friends and family gathered at the shooting site for a vigil.

"I don't know a lot of people that are here, but i know that everybody loved my son, and it's amazing to feel the love and support from his friends" Mildriena Hebert, the victim's mother said.

Hebert gathered with dozens of people to remember her son, Rico Thomas, who was shot Friday morning. Witnesses say Thomas and the gunman were talking outside of Thomas's home before the shooting. Thomas later died at the hospital. Police have not released any details on a suspect. The shooting is still under investigation.

"It's been really hard, but we'll get through it" Hebert said.

"It's a learning experience, I have never had this happen to me before, not with somebody so close" Kendrick Sonnier, a close friend said.

"He was really one of my best friends, genuine dude, just a great person" Sonnier said.

While they're distraught over Thomas's death, family members are grieving even more for Thomas's young daughter.

"Im grateful that she's ten, she has memories with him, and of him, but she has to grow up without a father. Violence is not the answer, if you can't talk it out, walk it out" Hebert said.

Now, Thomas's family wants an end to gun violence, and for their son's killer to come forward.

"No blood shed, we don't want retaliation. Don't want violence, we don't want none of that. So if you're out there, turn yourself in, that's all I can ask" Hebert said.