UL Pink Game honors lives of those impacted by cancer 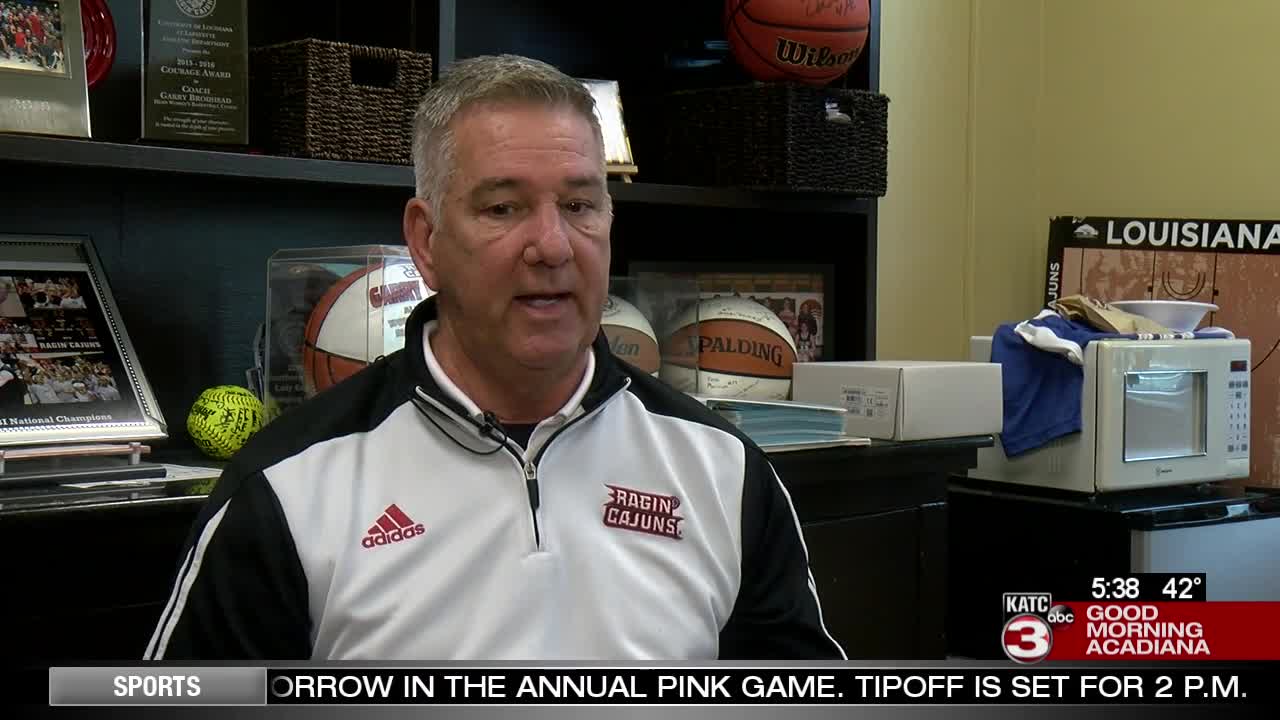 The Pink Game has become a staple for the Louisiana Ragin' Cajuns women's basketball team.

Not only bringing awareness about cancer, but helping those impacted by the disease move forward in their lives.

On Saturday, the team will suit up in their pink uniforms to play for a cause.

And for Coach Garry Brodhead, the cause is near to his heart. He lost the love of his life, Andrea, to cancer in 2015.

But that loss, while devastating, has slowly transformed into a gain.

"I think I've gained some things in life that have helped me become a better person and want to give back to our community," he says.

One of the biggest gains, according to Brodhead, is the amount of support he and his family have received from the community.

"This is the Cajun way," he says. "We have it in our DNA. We want to help people no matter if we know them or not. That's the biggest thing that I got out of it."

Following Andrea's death, Brodhead knew he had to keep pushing forward for his family, team, and most of all himself.

"We may have to struggle in life to get to where we want."

The Pink Game was one way to do that. It was a chance to continue the legacy that his wife helped him start by reaching others affected by the same disease.

Brodhead says the game is a chance for his players to gain insight into the lives of cancer survivors. It's a bonding moment for team and community.

"We'll have survivors at our game and call them out like they're players. We hear their stories in the locker room and we all cry in the locker room hearing their stories," he says. "It's amazing to me how strong some of these young women are. I always feel success comes from struggle and we may have to struggle in life to get to where we want. It's a great opportunity for our team and university to give back to our community."

Brodhead and his team will don their pink jerseys as they take on Georgia Southern at 2 p. m. at the Cajundome.

Despite the score, win or lose, the team knows that the true outcome of Saturday's game will be one to remember.