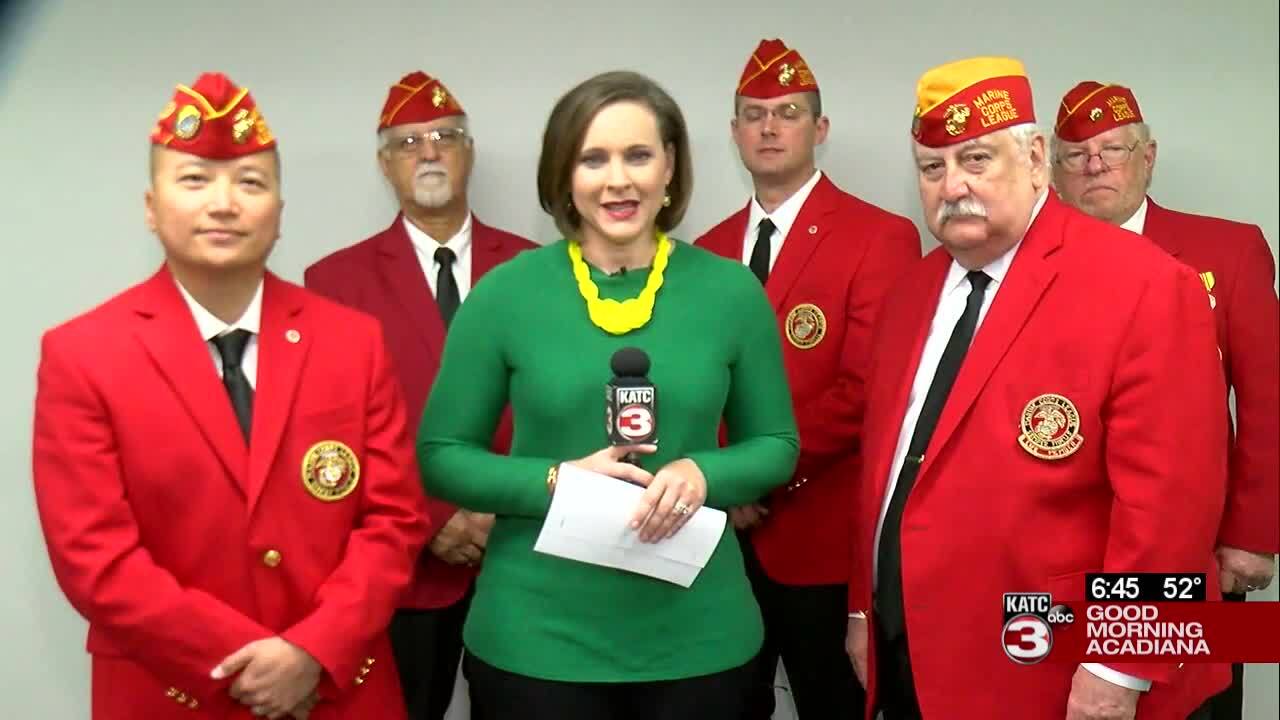 The Acadiana Detachment of the Marine Corps League joined GMA to share with us the history of Veterans Day and the importance of proper flag display and retirement.

It began as "Armistice Day," a day to honor the Veterans of World War I. The date, November 11, marked the 1918 signing of the Armistice which ended the conflict that began in 1914.

The name was officially changed to "Veterans Day" by Congress in 1954 after U.S. Veteran organizations urged for a date to celebrates the service of all U.S. military veterans.

The holiday is observed on November 11 each year. But that wasn't always the case.

From 1971 until 1978, Veterans Day was moved to the fourth Monday in October under the Uniform Monday Holiday Act signed in 1968. The goal of the Act was to establish the observance of certain holidays on Mondays. (Memorial Day, Labor Day, etc.)

The date was officially returned to November 11 in 1978.

The Marine Corps League shared with us how to properly fold an American Flag. See the video of the process and explanation below.

On Veterans Day, many across the nation will raise their flags in honor of those who served. The Marine Corps League shared the proper way to display American flags whether on a flag pole or flat surface.

The League also discussed the proper protocol for retiring an American Flag.

The Marine Corps League holds four ceremonies each year to respectfully retire flags that can no longer be flown or displayed.

Several events around Acadiana will be held on Monday in observance of the holiday.