Trump says he told Sanders ‘not to bother’ with briefing 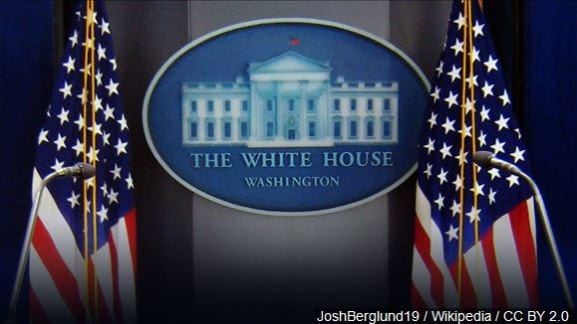 In a tweet on Tuesday, the president said the press covers Sanders “so rudely & inaccurately, in particular certain members of the press.

“I told her not to bother, the word gets out anyway!” he tweeted. “Most will never cover us fairly & hence, the term, Fake News!”

The afternoon briefing has been a staple of cable news schedules during the past few administrations and the sight of Sanders’ predecessor Sean Spicer at the podium was an enduring image of the early days of Trump’s tenure.

The White House Correspondents Association called the decision a retreat from transparency and accountability that sets a terrible precedent.

“Being able to question the press secretary or other senior government officials publicly helps the news media tell Americans what their most powerful representatives are doing in their name,” said Olivier Knox, president of the White House Correspondents Association.

Trump’s preferred mode of communication, besides social media, is interviews on Fox News and informal question-and-answer sessions with reporters. Sanders has said it makes more sense for the public to hear from the president himself.

Counting interviews, short question-and-answer sessions and formal news conferences, Trump is second only the President Bill Clinton in accessibility during the first two years of his presidency, going back to President Ronald Reagan, a study has found.

Through Jan. 10, Trump has had 577 media availabilities since he’s been president, according to Martha Kumar, a Towson State University professor and expert on White House Communications. Clinton had 610 in his first two year; Barack Obama had 396, Kumar said.

Defenders of the briefings say they generally give reporters the opportunity to set the agenda, and also to learn about what an administration is doing below the presidential level.