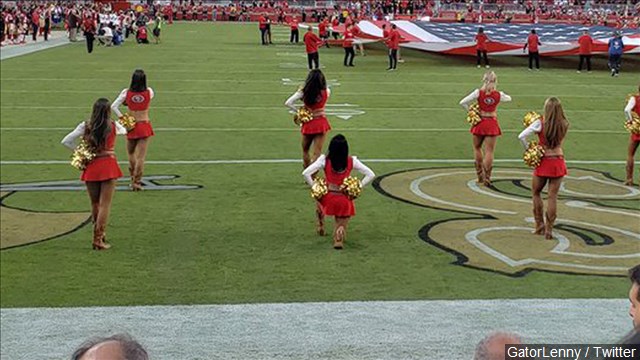 This took place ahead of the team’s game against the Oakland Raiders at Levi’s Stadium.

It’s believed she’s the first cheerleader to protest this way. The cheerleader has not been identified.

Former 49ers quarterback Colin Kaepernick was the first to take a knee during the anthem back in 2016 to protest police brutality.