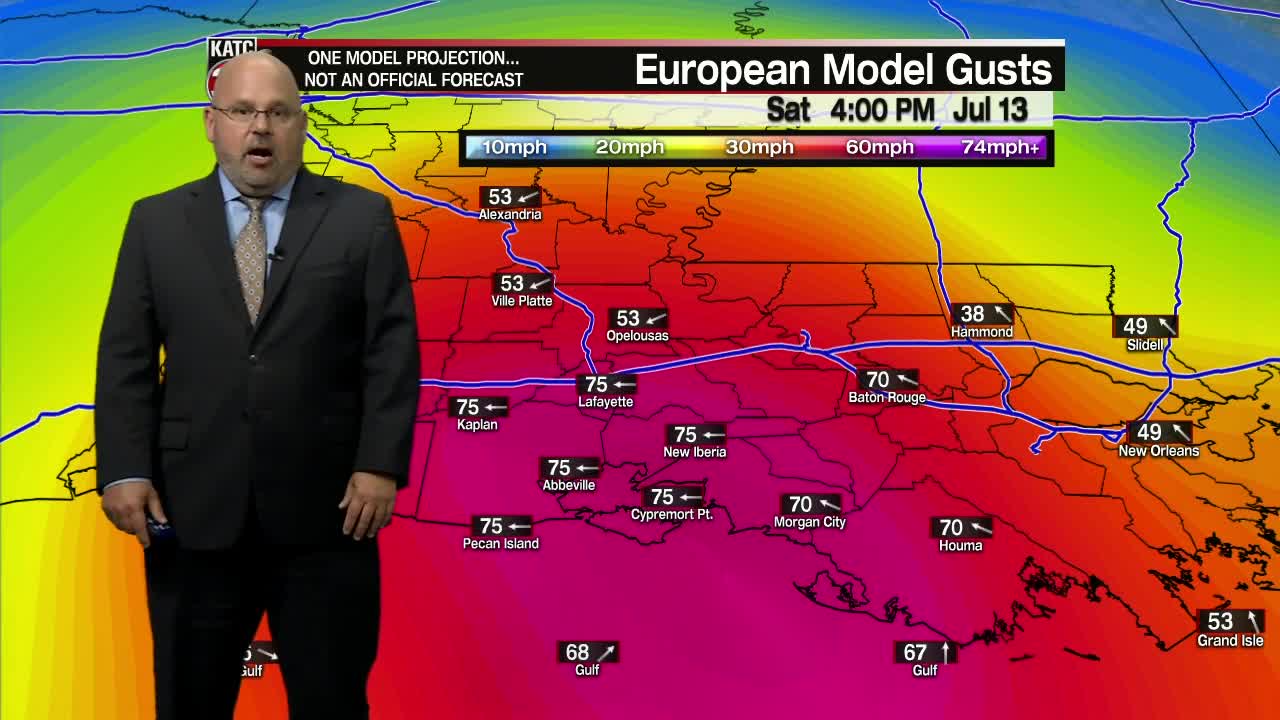 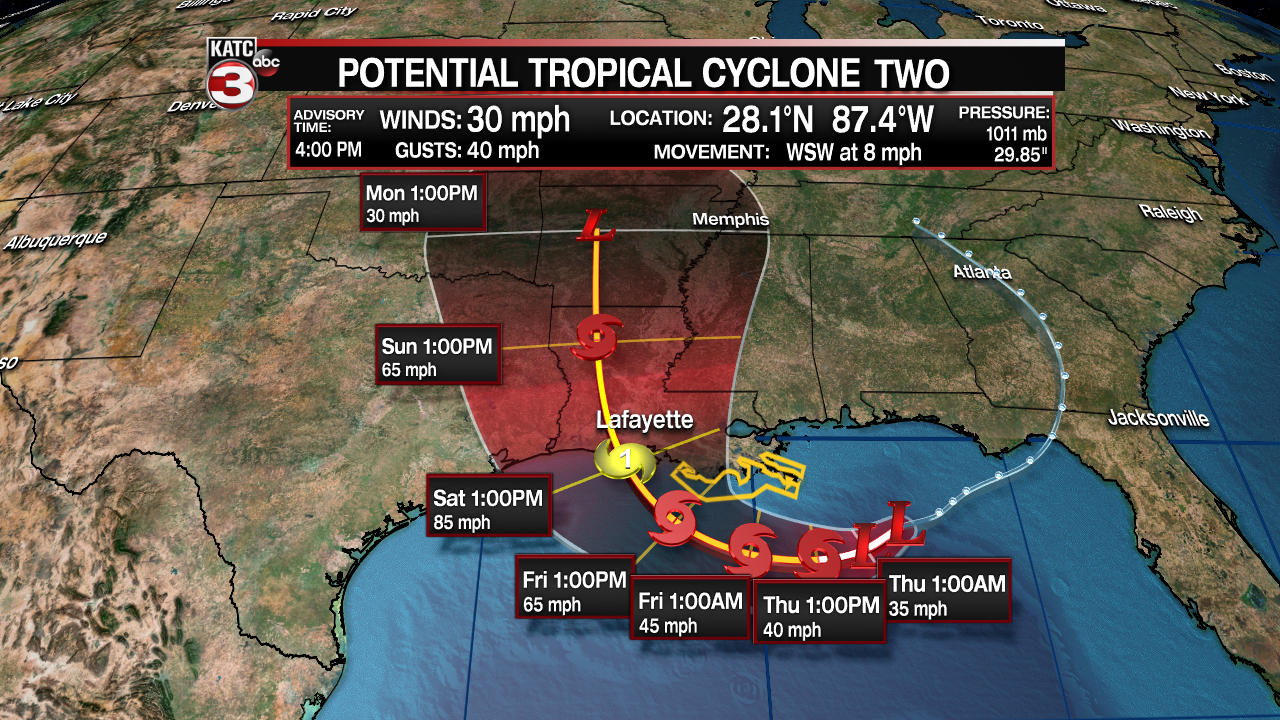 The latest information is in from the National Hurricane Center with the track shifting slightly east (a discussion on why is below) but still brings a Category 1 on shore Saturday in south Louisiana, the coastline from the mouth of the Mississippi River to Cameron is now under a Hurricane Watch.

The latest suite of model data has been streaming in and few things that stand out initially is a slight eastward shift in the landfall, both the EURO and GFS models have picked up on this shift.

When it comes to intensity the EURO remains a little more bullish with a category 1 storm arriving Saturday morning along Vermilion Bay, which is also a little faster moving than the previous run.

Precipitation projects from this scenario have a much more aggressive axis of rainfall which would be the eastern half of the state but producing a swath of 20" rains around the center, and averaging 7-9" for Acadiana through Saturday

Needless to say this could lead to major flooding, and a scenario like this could add a tremendous amount of water to an already stressed Mississippi, New Orleans residents will need to monitor the river levels very closely.

Current (Wednesday afternoon) river data have a river crest close to the tops of the levees, so residents need to follow local emergency officials closely for updates.

GFS is slightly different than the EURO and has an even greater eastward swing bringing a high end tropical storm onshore around Morgan City close to the same time as the EURO, so both models seems to be speeding up the system.

In this scenario the rain totals are still impressive for eastern Louisiana, but a little less than the EURO. Coming in around 10-15", however, still means that there will be a flooding threat and could actually force a little higher storm surge up on the Mississippi.

The reason it is worth pointing out these discrepancies is to illustrate some of the uncertainty, models are still bouncing back and forth and likely will continue to do that until we get a firm closed low which we'll get from hurricane hunter data.

It doesn't change the fact, however, that we need to be prepared for a land falling hurricane over the weekend and to familiarize yourself with the list of threats Acadiana is facing.

Flooding will be the biggest threat to the majority of Acadiana, and we're still looking at an average of 10" area wide with hot spots hitting around 15-20" which is a tremendous amount of rain.

Residents along the coast will need to be prepared for a storm surge threat with a surge of 4-6 ft, but those numbers may bump up to an 8 ft surge by the time the storm arrives, there's no evacuations as of Wednesday afternoon but that can easily change so stay updated.

The earliest effects will be felt on Friday evening which means that your preparations need to be completed by the time these winds arrive, and early rain bands will start to swing through on Friday.

This means that ditches need to be clean, drains need to be free of debris, gutters should be checked and cleaned as well, and all outdoor furniture needs to be brought inside so that they don't end up becoming missiles.

Hurricane hunters are flying the storm so the models should start to straighten themselves out and confidence will start to grow, in the mean time keep up to date on all changes in the forecast. National Hurricane Center will send out advisories every three hours.