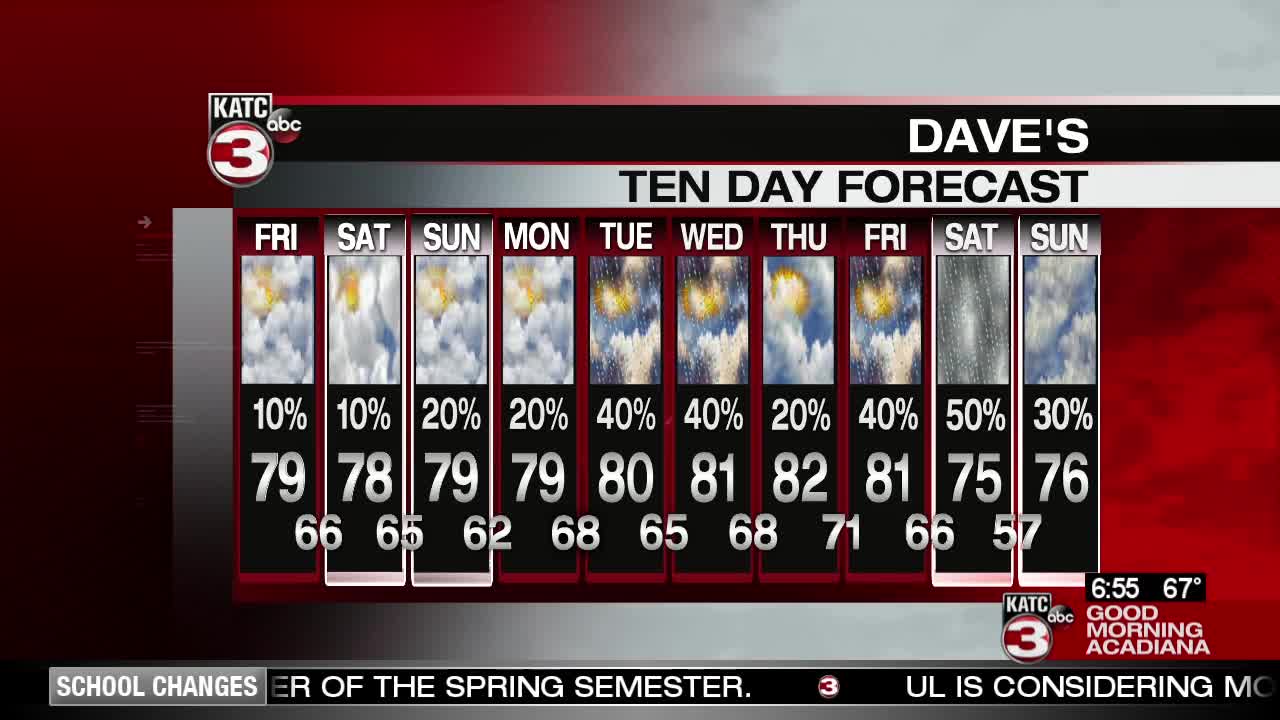 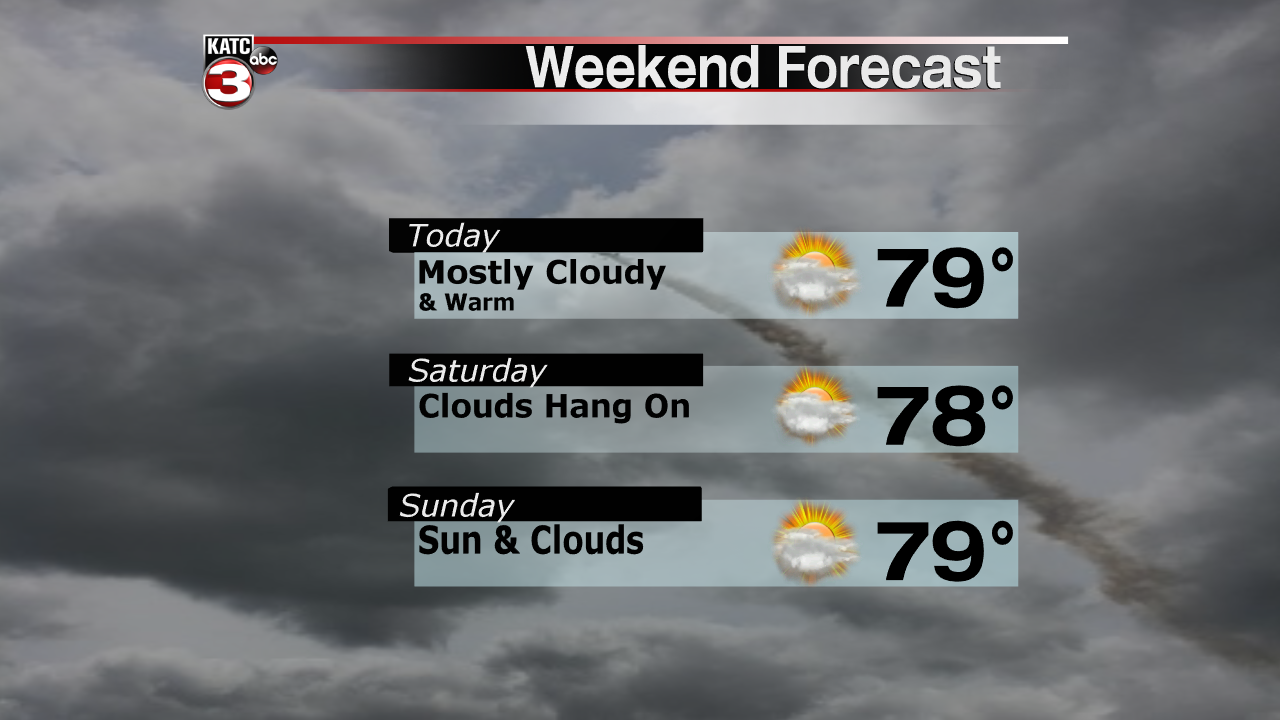 Our weather pattern remains the same as the past couple of days, and isn't showing any signs of significant change until after the weekend. Clouds are back this morning, with some fog being reported along the coast. The radar is clear. Little if any rainfall is forecast for the next few days. High pressure is sitting over the Gulf of Mexico, while a stationary front is draped north of the region from the Red River Valley eastward into the Carolinas. Disturbances will roll along that front producing showers and storms for the middle part of the country.

Next week, we'll see some slight changes. The front will sag southward, so overnight temperatures early Monday may be a few degrees cooler on north breezes. The chances for rain will increase into Tuesday and Wednesday as the front will remain stalled over the region. The upper pattern will be a bit more amplified, so on and off rain chances are expected most of next week. Perhaps a bit of cooling toward next weekend.