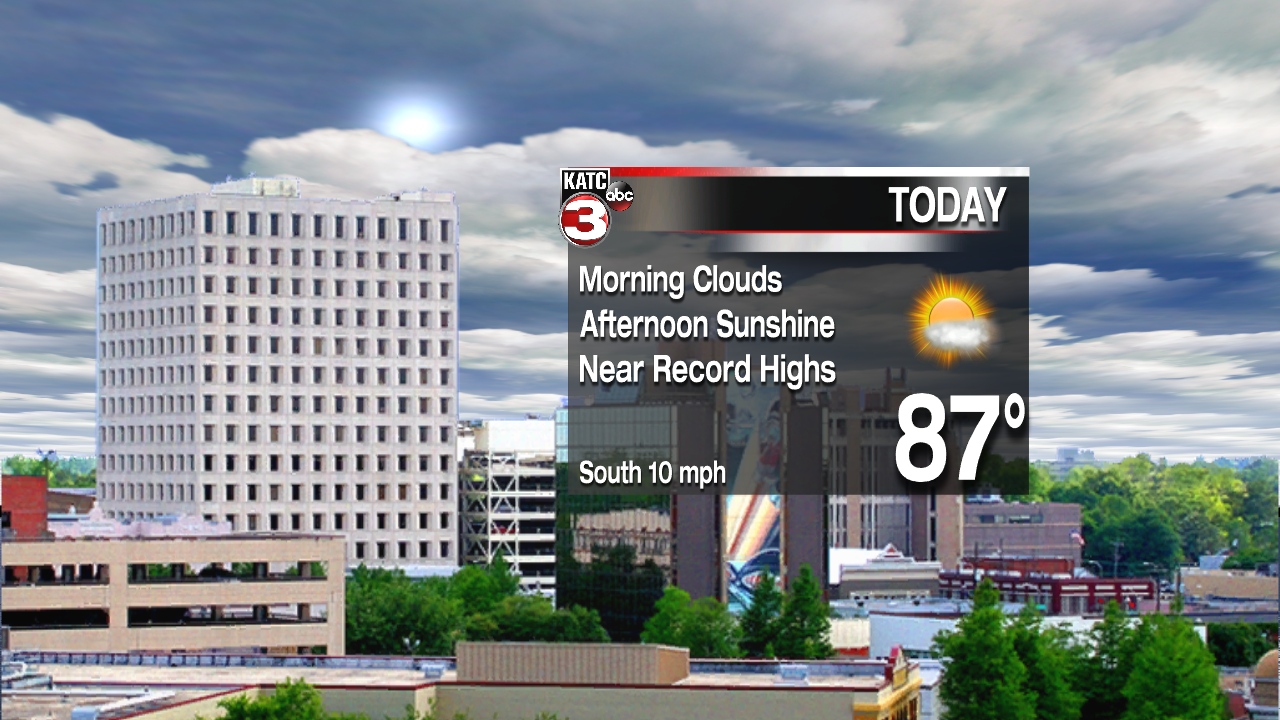 A ridge of high pressure at the surface and aloft usually means conditions will be rain free and temperatures will be warmer. The set up today should most likely keep any rainfall away. Temperatures won't just be warmer, but near record levels for late March. With clouds during the morning, and sunshine returning by midday, temperatures will soar into the mid and upper 80s. The record here in Lafayette is 88 degrees set back in 1907. New Iberia's record is 85 degrees set in 2012. Lake Charles set the record high of 87 in 1910 (with ties on other dates). The only record that may be safe is Alexandria. They'll need to hit 91 to tie the record set in 1907.

This pattern should hold into Friday with above normal temperatures. Again we're expecting some clouds in the morning with sunshine in the afternoon. A cold front wll be heading into the region on Saturday. Ahead of the front, expect breezy conditions to settle in. By the afternoon, we could see winds in the 20-25 mph range. At the same time, a line of storms will develop ahead of the front. Most of the rains will be north of the area. The front will sweep through by Saturday night.

By Sunday, skies will clear. Temperatures will remain warm with highs around 80 degrees. Storms could return early next week with a more potent system. Expect rains to be more likely for Monday and Tuesday, with cooler temperatures by the middle of next week.