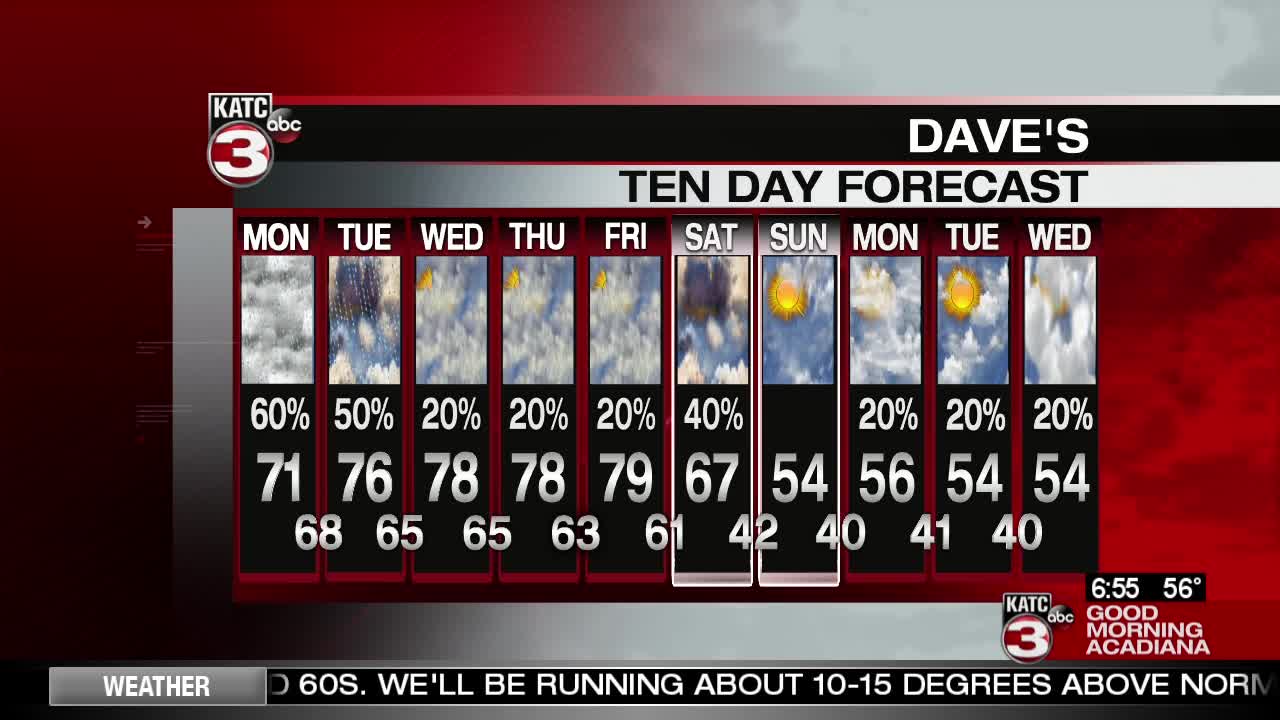 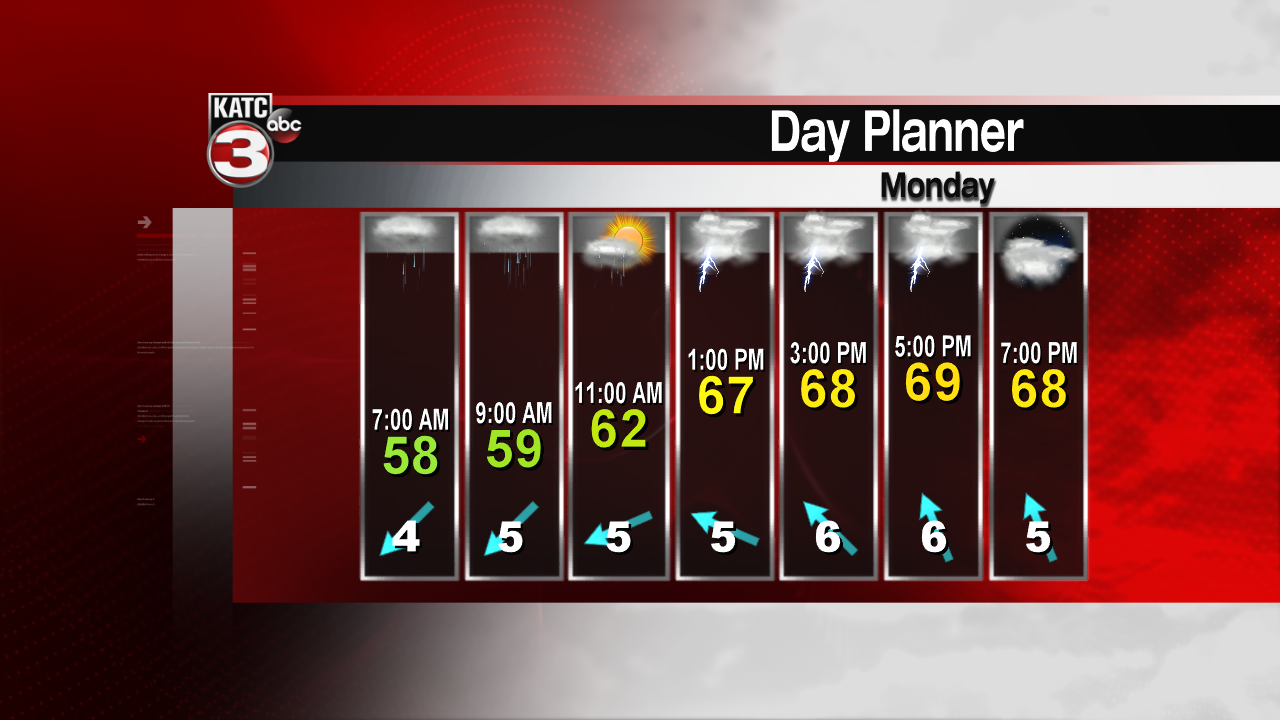 A warm front will push across the area today bringing warmer temperatures and moisture from the Gulf of Mexico.

Already a few showers have developed over the region, and this trend should continue into the early part of the afternoon. As the front progresses northward, we'll eventually see the showers and storms concentrated over northern parts of Louisiana.

There will still be a chance for scattered rains early Tuesday, then just warm and muggy with a few widely scattered showers for the mid week. Several disturbances will move north of the area this week.

The second and third week in January is normally the coldest part of the year. But not for 2020. Afternoon highs Tuesday through Friday should be in the uper 70s with overnight temperatures in the mid 60s.

We'll be running about 10-15 degrees above normal all week.

A more significant cold front is expected to reach the area by week's end. This should bring a better chance for showers and thunderstorms for Saturday with colder temperatures on Sunday.

The colder air is expected to hold on for most of next week.