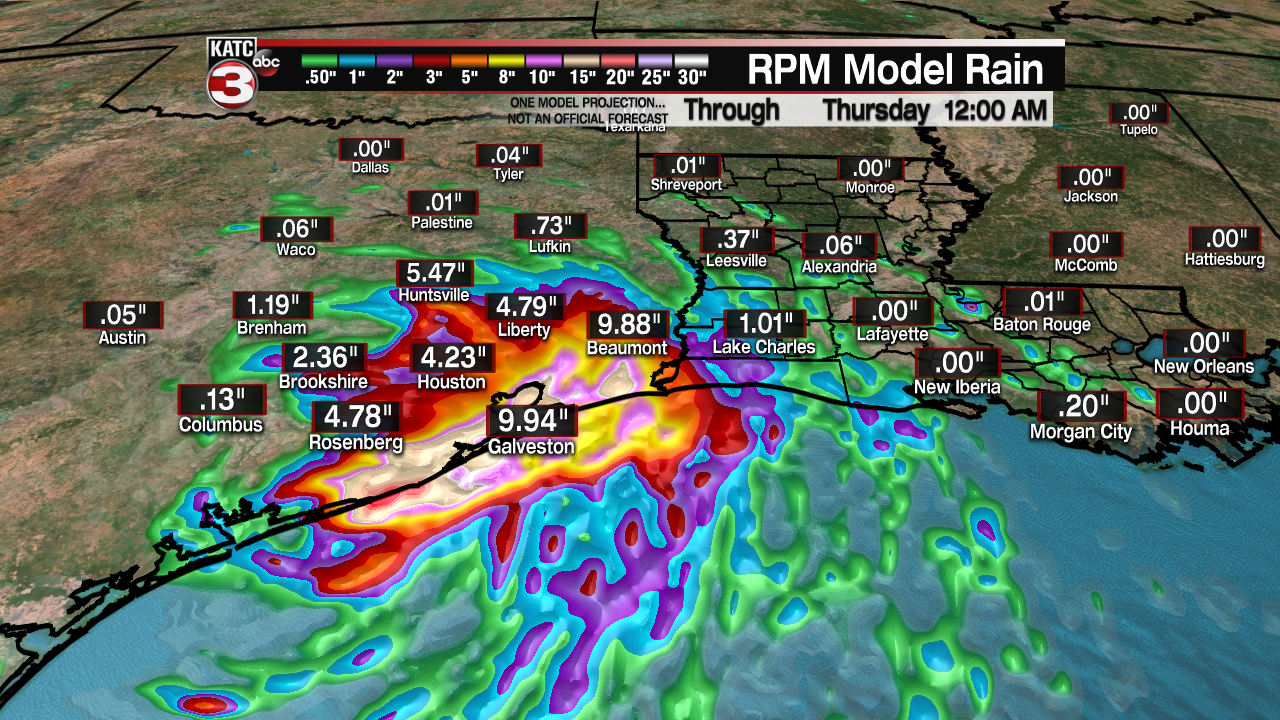 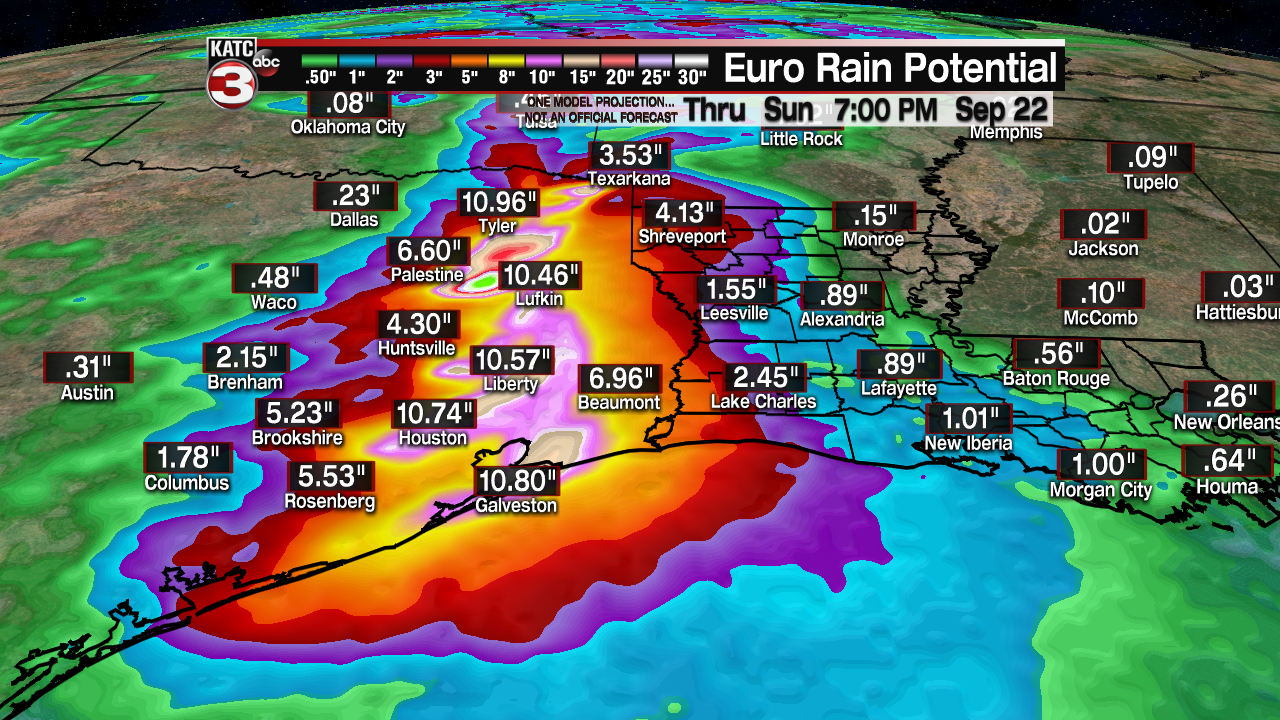 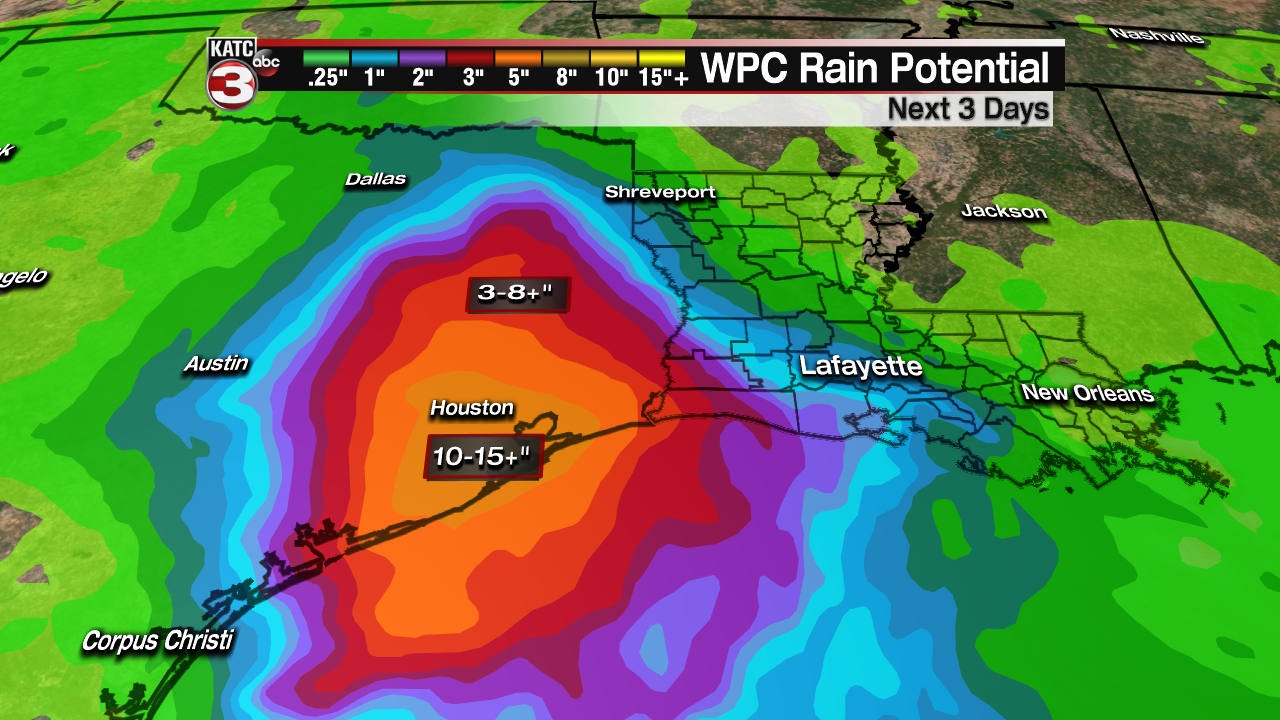 The broad area of low pressure in the western Gulf near the Texas coast is getting a little better organized on Tuesday but is running out of time as its less than a hundred miles from moving onshore.

Once it moves over Texas the low will be a slow moving system setting up the potential for flooding from an area near Galveston and Houston, up towards Beaumont.

This has the looks similar to the heavy rain event we saw back in August of 2016, except it might not be nearly as bad.

What is similar is the fact that it will be a tropical wave that has no name but because it will not move much the next few days and just spin over the same spot some towns have the potential to receive more than a foot of rain.

Most models are showing a wide area near the Houston metro receiving 5-10 inches of rain over the next several days while a few isolated spots could see 10-20+ inches of rain.

Due to this high likelihood of heavy rains the Weather Prediction Center has portions of SE Texas hatched in a moderate risk (20-50%) that they will see the possibility of flash flooding each of the next 3 days.

Thus, for those traveling to the west along Interstate 10 you might want to check ahead for the possibility of long delays and street closures due to the heavy rains and possible high waters.

The good news for us here in Acadiana is we will be just to the east of the heavy rain bulls eye and only see times of scattered showers bringing us some much needed rain and clouds to keep temperatures a tad cooler the next few days.

But, for those along the coast there is a Coastal Flood Advisory as the persistent southern flow will pile up the water about 1-2.5 feet above normal levels.

And lastly, for those offshore in the Gulf near the Texas coast it could be a couple rough days as rain bands from the system will produce strong winds (40-50 mph gusts) and heavy rains.