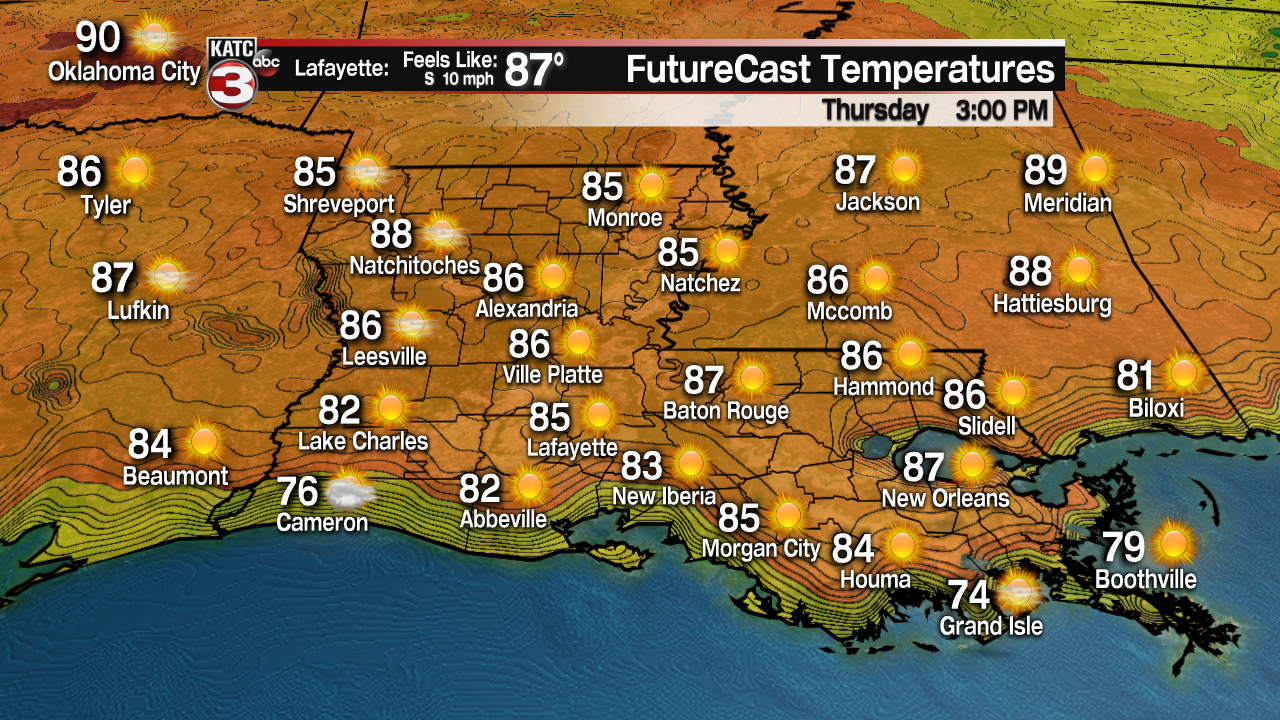 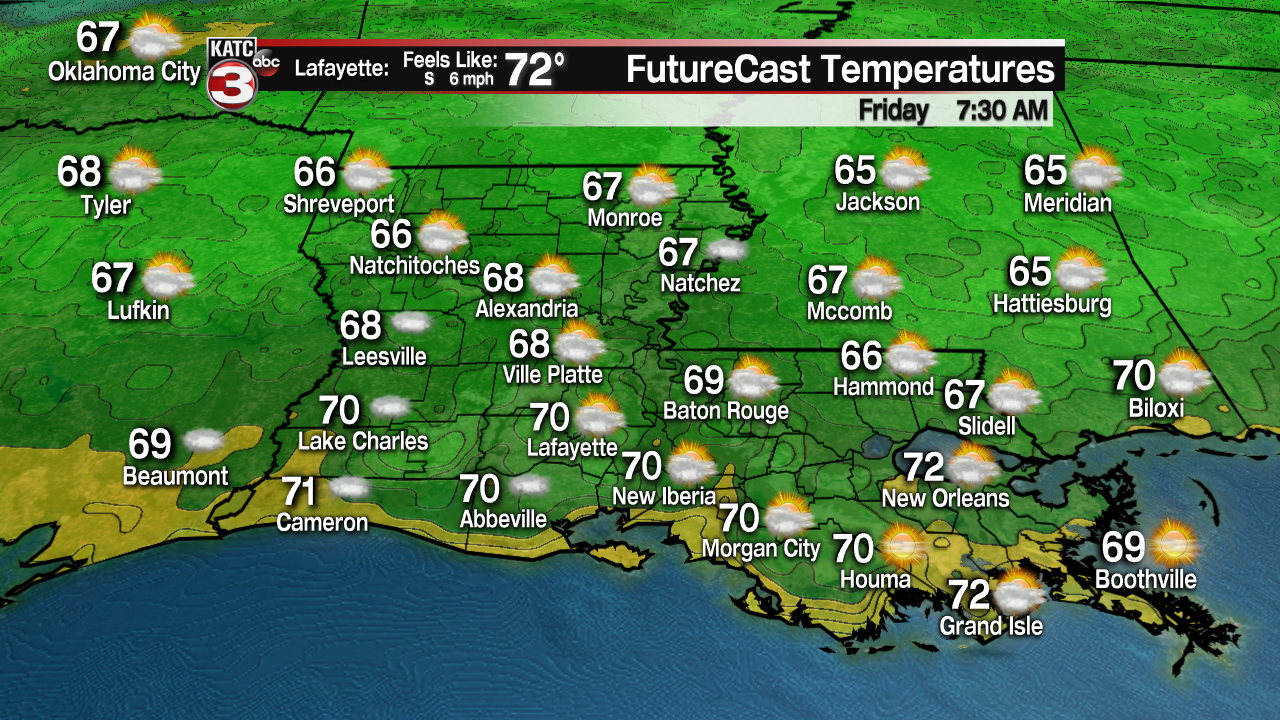 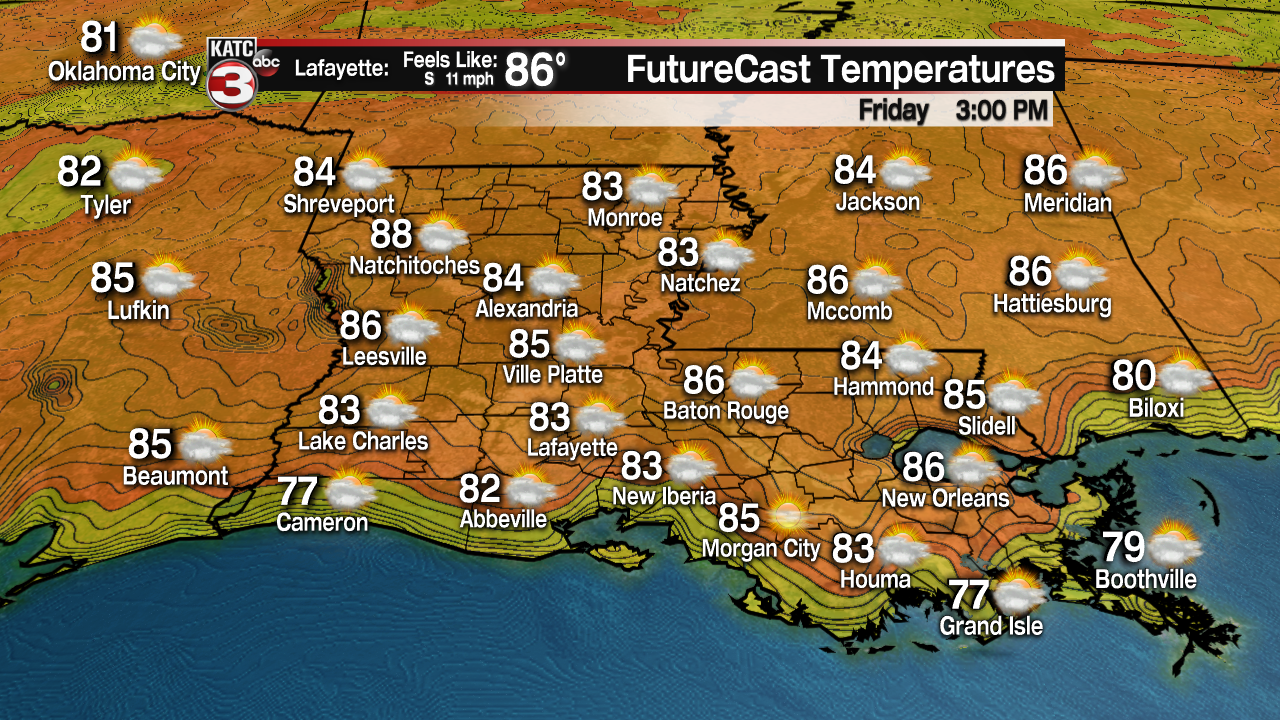 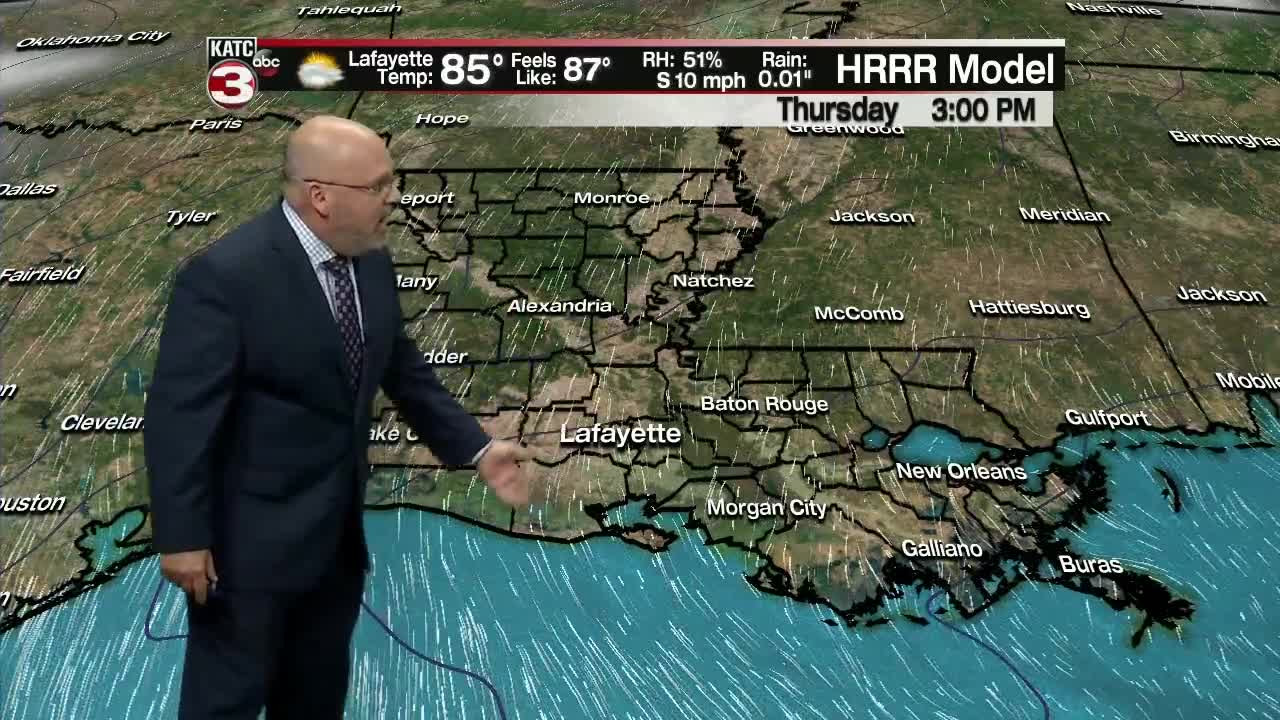 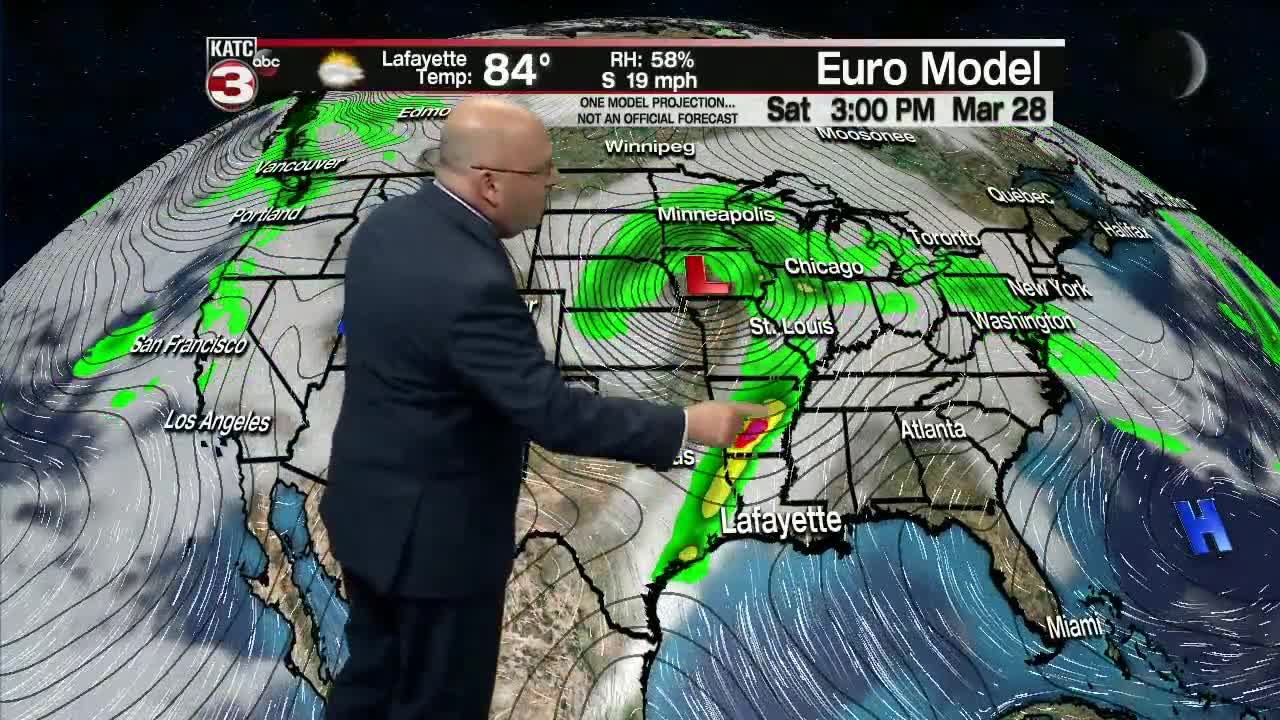 Acadiana will continue to enjoy unusual late spring warmth into the weekend, and in spite of a weak front arriving late Saturday, above normal temperatures will likely continue until our next significant weather-maker arrives early next week.

In the near term, look for another pleasant evening with temperatures eventually cooling into the upper 60s while clouds and perhaps some areas of fog develop late and toward daybreak.

Thursday, Friday and much of Saturday will likely bring early morning clouds followed by partly to mostly sunny skies for the afternoon.

Temperatures will continue to top out in the mid-80s while overnight lows get closer to the lower 70s.

A weak front will advance toward the area late Saturday into Saturday night, and could generate scattered showers and a few thunderstorms (40% range) late Saturday afternoon into the early evening. Support for widespread rain and robust storms will very likely miss our area well to the north.

Latest model data doesn't cool us much for Sunday, but do expect lower humidity with a sun and high cloud mix accompanied by highs in the upper 70s to near 80 and by lows dropping slightly into the mid 60s...both aforementioned temperature ranges will still be at least 5 degrees above normal!

Warmer than normal temperatures will persist into Monday and Tuesday while the next weather system begins to take shape to our west.

Scattered showers are expected to develop later Monday followed by what seems to be a very good chance of showers and thunderstorms Tuesday.

And while far away for applied forecasting, it does appear that there could be some sort of severe weather threat for the state Tuesday, but it's premature to guess if Acadiana will fall under any threat.

What seems a little more certain, is that cooler, more March-like temperatures will follow mid-late next week (which will actually be April by then) with highs closer to the mid-70s accompanied by lows in the mid-50s.

Consult the KATC 10 Day Forecast for the latest.

Today's Almanac: High of 86F in Lafayette Wednesday made it the warmest day of the calendar year...and just 3 degrees shy of a record. We'll be close to 85-87F each afternoon through Saturday.