Tropical wave could develop in the Gulf later this week 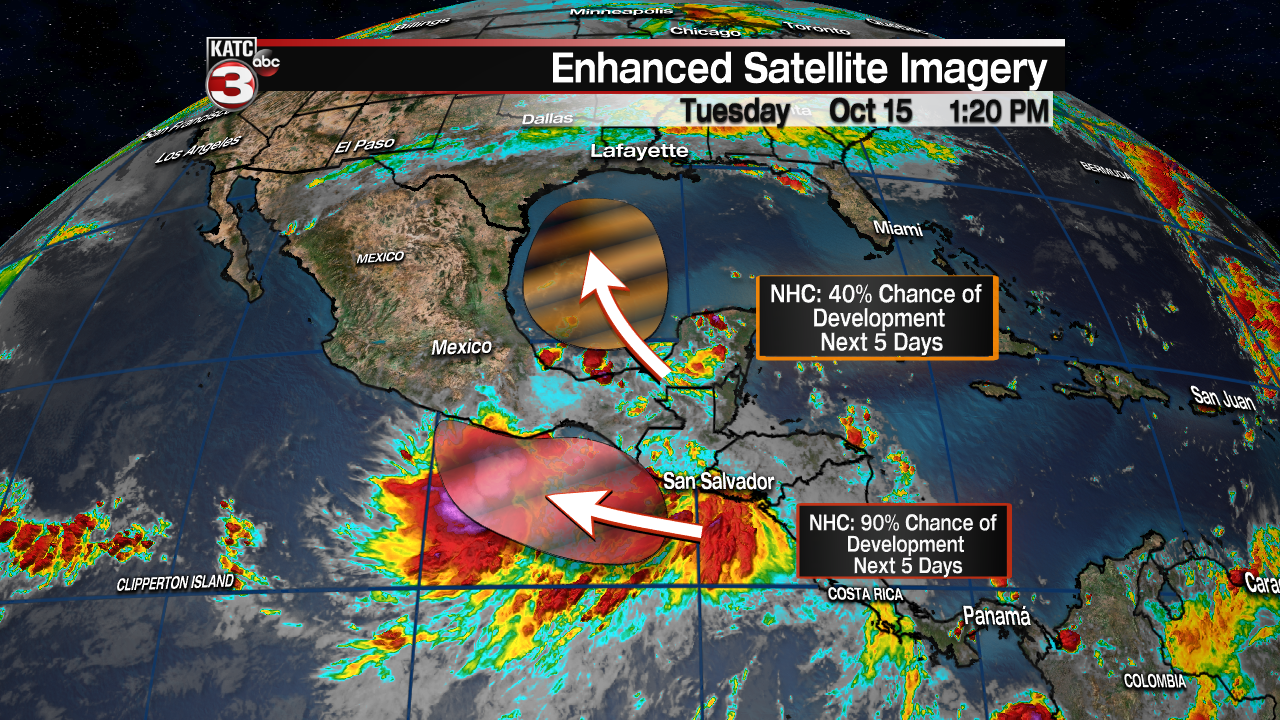 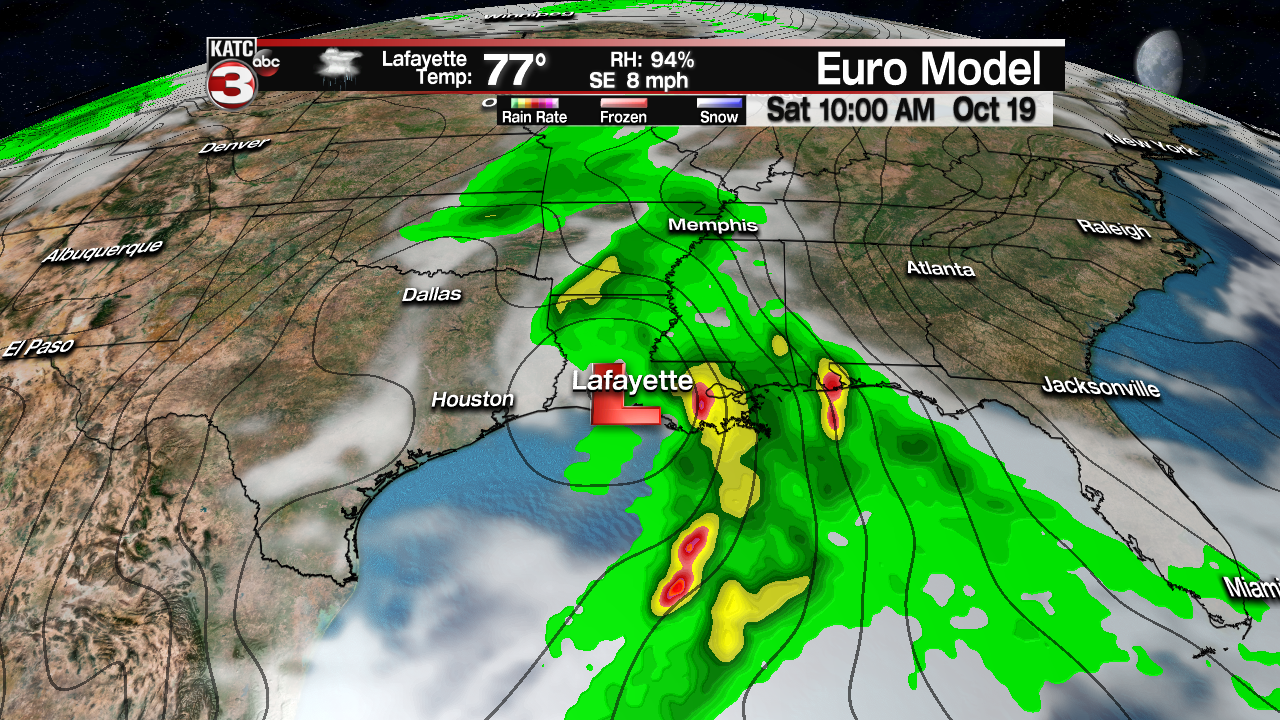 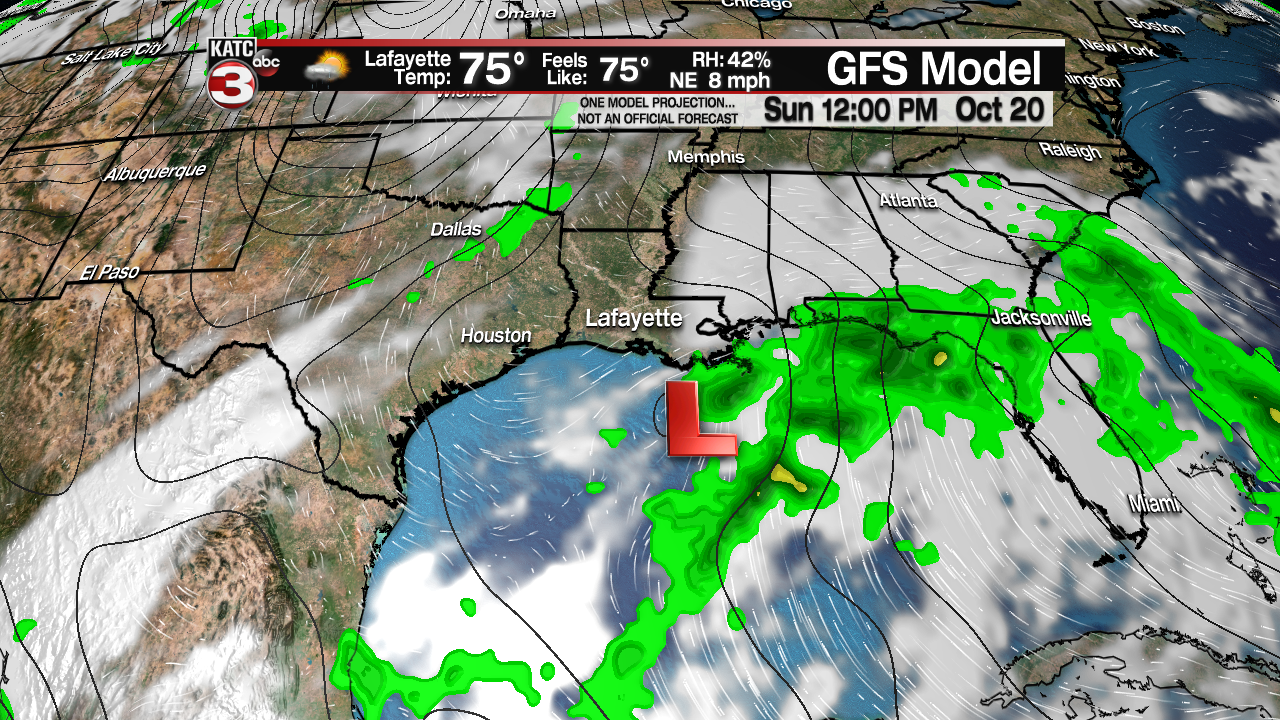 It might be the middle of October but the hurricane season still has another 6 weeks left so we have to stay alert and watch all tropical waves closely.

The latest system to catch our attention is a cluster of showers and storms by Belize, Guatemala, and the Yucatan Peninsula.

This disturbance will continue to linger over Central America and Southern Mexico producing heavy rains and possible mudslides for another 24 hours.

By Wednesday evening the disturbance should slide out into the Bay of Campeche where the National Hurricane Center is giving it a 40% chance of possible development over the next 5 days as the environment in the southern Gulf looks to be somewhat favorable for the showers and storms to get better organized.

What makes this system a little tricky is that there is also another disturbance a short distance away on the western side of Central America that is moving out into the eastern Pacific.

This disturbance in the Eastern Pacific looks to be getting better organized and has an 90% chance of becoming a tropical system in the next 48 hours.

Thus, depending on how strong the system in the Pacific gets that could rob energy from the disturbance in the southern Gulf or it could send more moisture into the Gulf to help strengthen our disturbance.

Currently, we are in a soupy and wet pattern today(Tuesday) but a strong cold front should dive south through Acadiana Wednesday morning and push out into the Gulf Wednesday evening into Thursday.

This front could merge with the developing system in the southern Gulf on Thursday.

Both the GFS and the European model show a decent amount of showers and storms moving up into the central Gulf on Friday and a few storms could even make their way onshore into our coastal parishes.

But beyond Friday the models are still having trouble figuring out what happens next.

Based on how the European model has handled the tropics so far this year we will lean closer to that solution which shows a weak tropical low, maybe a tropical depression, moving north through the Gulf and over Acadiana on Saturday producing scattered showers and storms and maybe some gusty winds up to 20-30 mph.

The good news is like all tropical systems the worst of the weather is on the eastern side and this looks to be the case here with the axis of heavy rains more towards St. Mary parish up to Baton Rouge and over towards New Orleans and the Mississippi coast where they could see 2-4 inches of rain.

As for the GFS it has the system moving a little slower and getting caught up by an upper level high near Cuba, pulling the system more to the east towards the Alabama and Mississippi coast on Sunday, with the heaviest rains falling over Alabama and the Florida panhandle.

Thus, there is still a fair amount of uncertainty and the models are having trouble as there is no true system yet for them to key in on to actually track.

So, keep it with KATC for the latest on this potential system as we will get a better understanding of what will happen in the coming days but for right now just know there is a possibility for scattered showers/storms sometime this weekend.