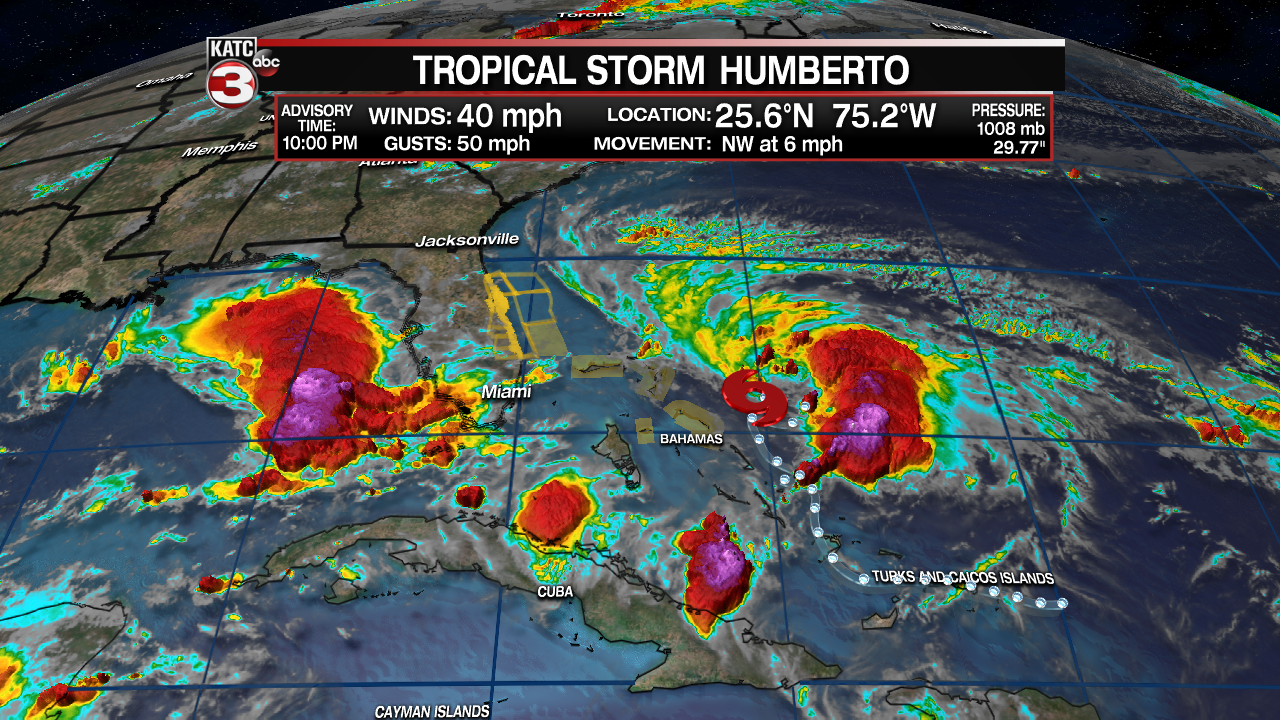 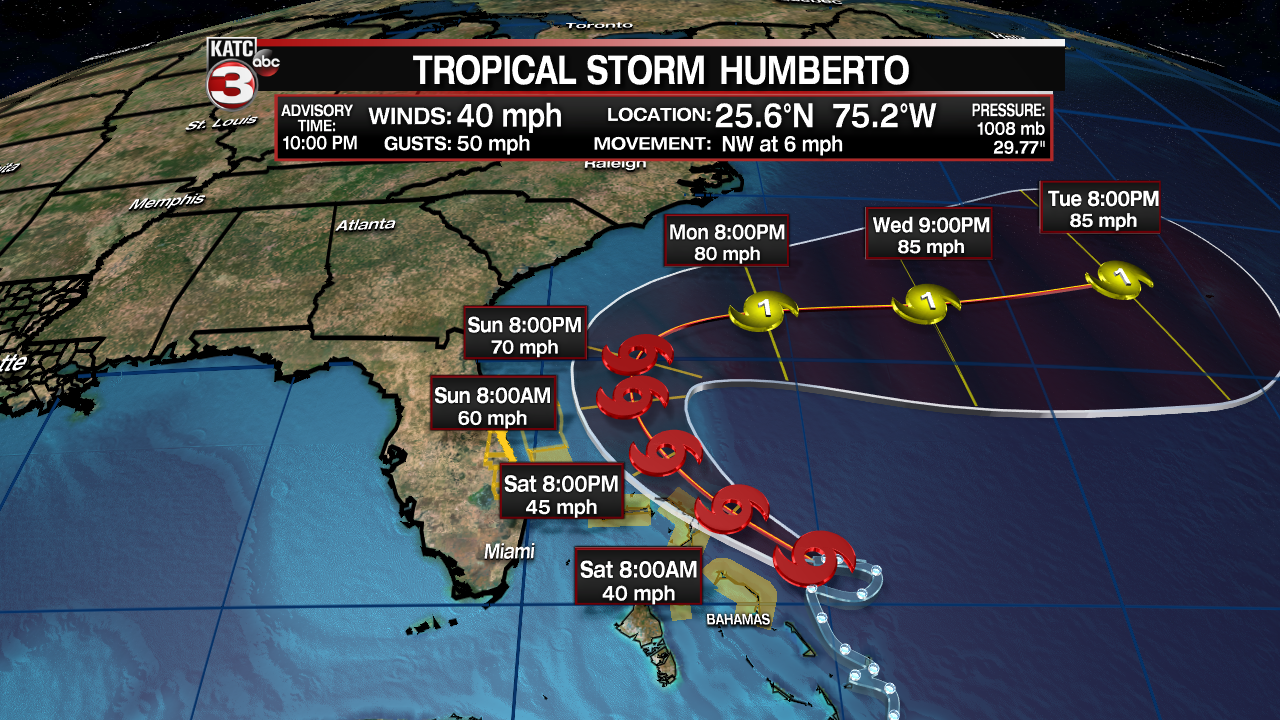 The broad and rather disorganized center of Humberto was drifting to the northwest near 6 mph.

Most of the thunderstorm activity was east of center Friday evening so the storm is not overly organized at this time...but that should change in the days ahead.

The latest forecast track keeps Humberto on a north-northwesterly track for a few days before making a turn out into the open Atlantic.

The main impacts with system will be the Bahamas over the next couple of days with tropical storm force winds and the threat of 2-6" of rain.

Portions of coastal Florida, Georgia and South Carolina may see some gusty winds, rough surf and locally heavy rainfall too, but outside of the rough surf, this is a less likely scenario.

Bermuda ultimately could be in the potential hurricane threat zone in 5 days based on the NHC's latest forecast track.

Humberto is the eighth named storm of the 2019 Atlantic tropical season...there are three other systems the NHC is monitoring for signs of development in the mid-tropical Atlantic over the next 3-6 days.

The peak of the hurricane season continues over the next several weeks.