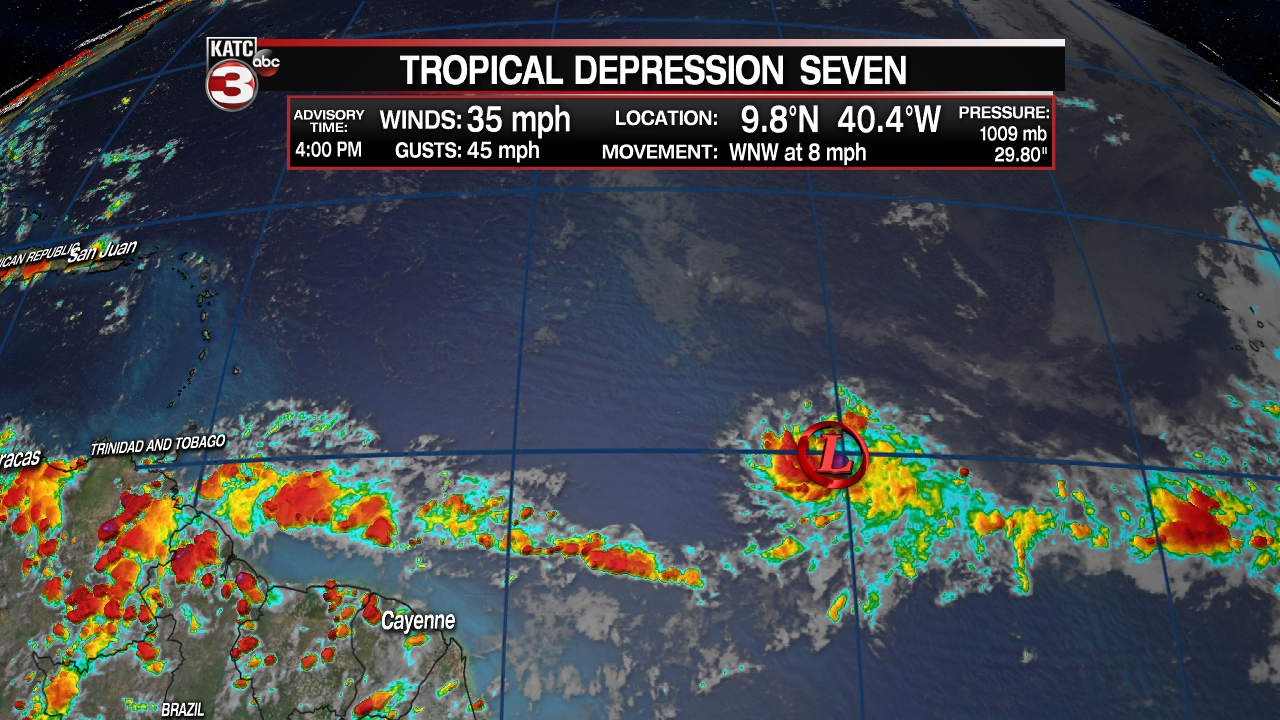 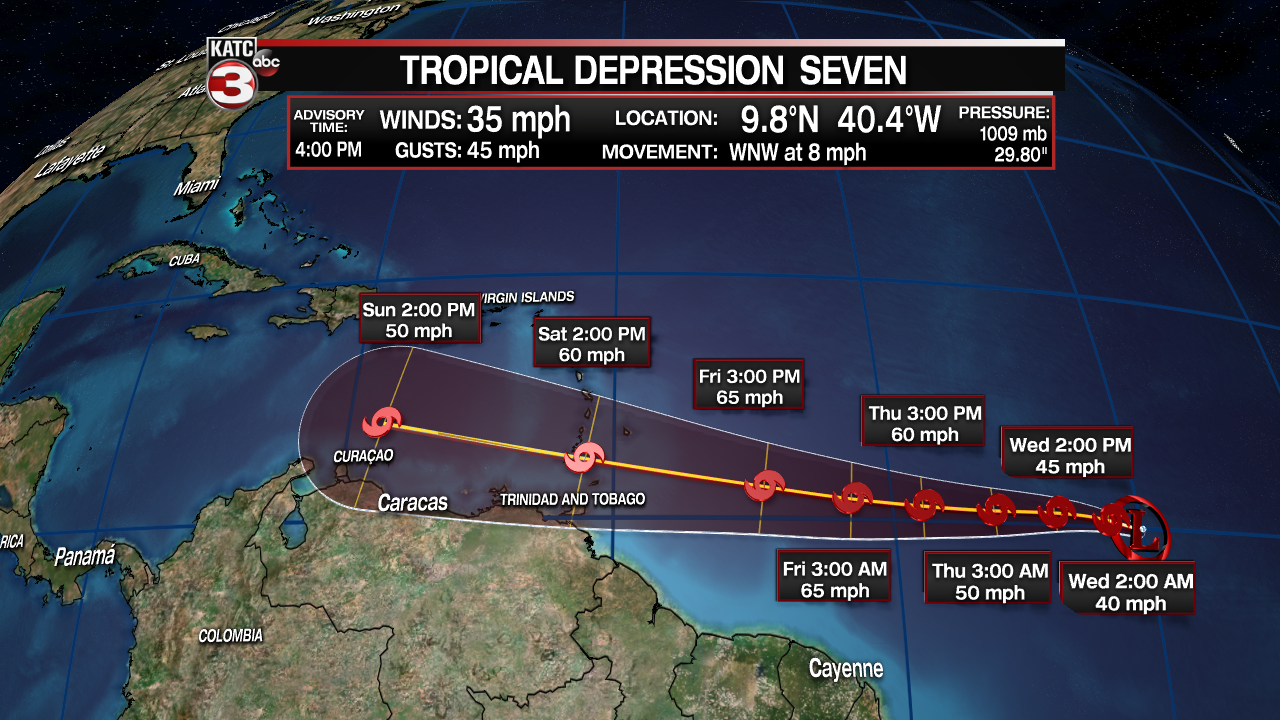 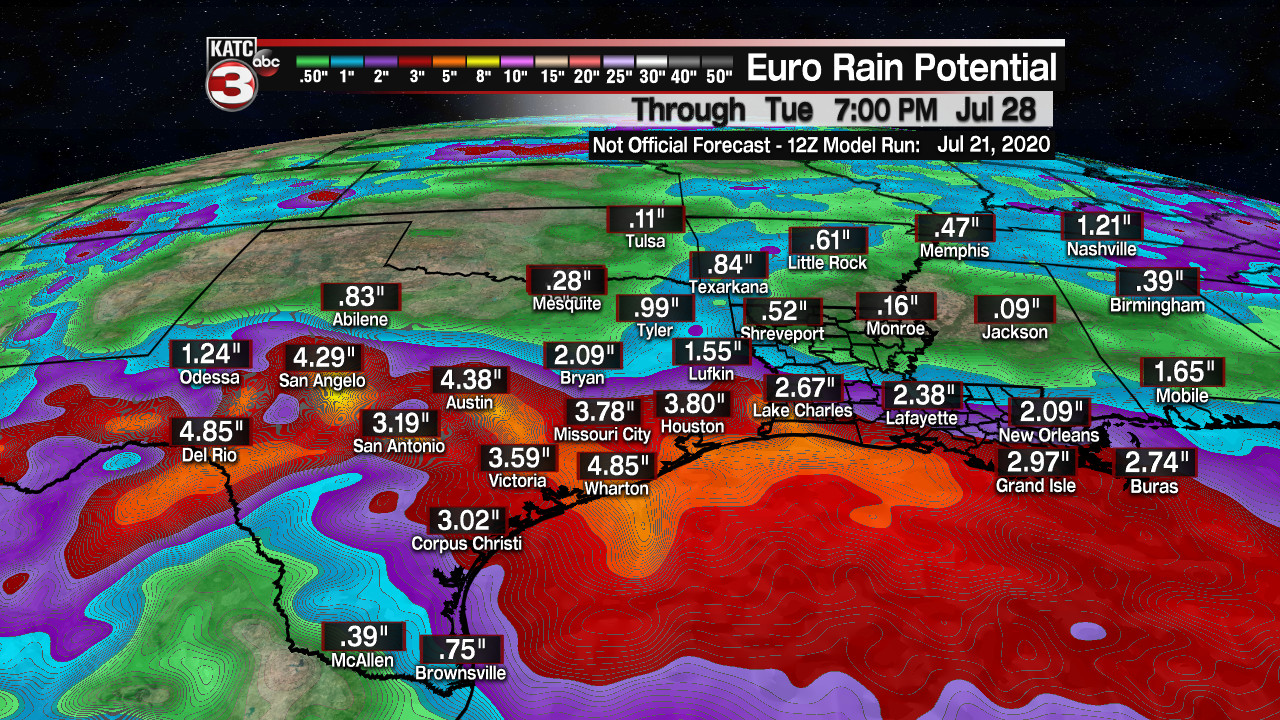 After one tropical disturbance moves out of the Acadiana area Wednesday, another one is likely to bring elevated rain chances back to the region by the end of the week.

In between systems, a more typical hot summer day with the chance of a few afternoon showers and storms is in the cards for Acadiana Wednesday with temperatures topping out in the lower 90s under partly sunny skies.

Meanwhile, the next disturbance that has entered the Southeastern Gulf of Mexico has been given a 40% chance of development over the next 2-3 days by the National Hurricane Center as the system is expected to move to the west-northwest toward the Texas Coast by the weekend.

This system should bring a good chance of showers and storms back to the area by late Thursday, with high rain chances likely to follow Friday into Saturday.

Locally heavy rainfall of a few inches will be possible late this week, but heaviest rains and highest tropical moisture content should head more toward Texas.

The system in the Gulf, could become a tropical depression south of Louisiana later this week, and perhaps a low end tropical storm as it nears the Texas Coast.

Nonetheless, winds and seas offshore will increase Thursday into Friday while tides along the coast could increase 1-2 feet.

After the system moves inland this weekend, tropical moisture will likely linger well into next week keeping better than normal rain chances accompanied by slightly lower than normal daytime temperatures are anticipated.

Elsewhere in the tropics, the 7th tropical depression of the Atlantic Hurricane Season formed Tuesday afternoon in the Central Tropical Atlantic.

Tropical Depression #7, with 35 mph winds, was traveling to the west-northwest near 8 mph.

The system is expected to become a tropical storm Wednesday, and if so, the next name on the list is "Gonzalo".

This system is expected toward the Eastern Caribbean with possible impacts there by this weekend.

It remains too early to tell whether this system will survive beyond the Caribbean and/or threaten the Gulf of Mexico at this time.

Elsewhere, another strong tropical wave about to emerge off of the African Coast is expected to have an excellent chance of development in the week ahead.