Summer hanging on for another week 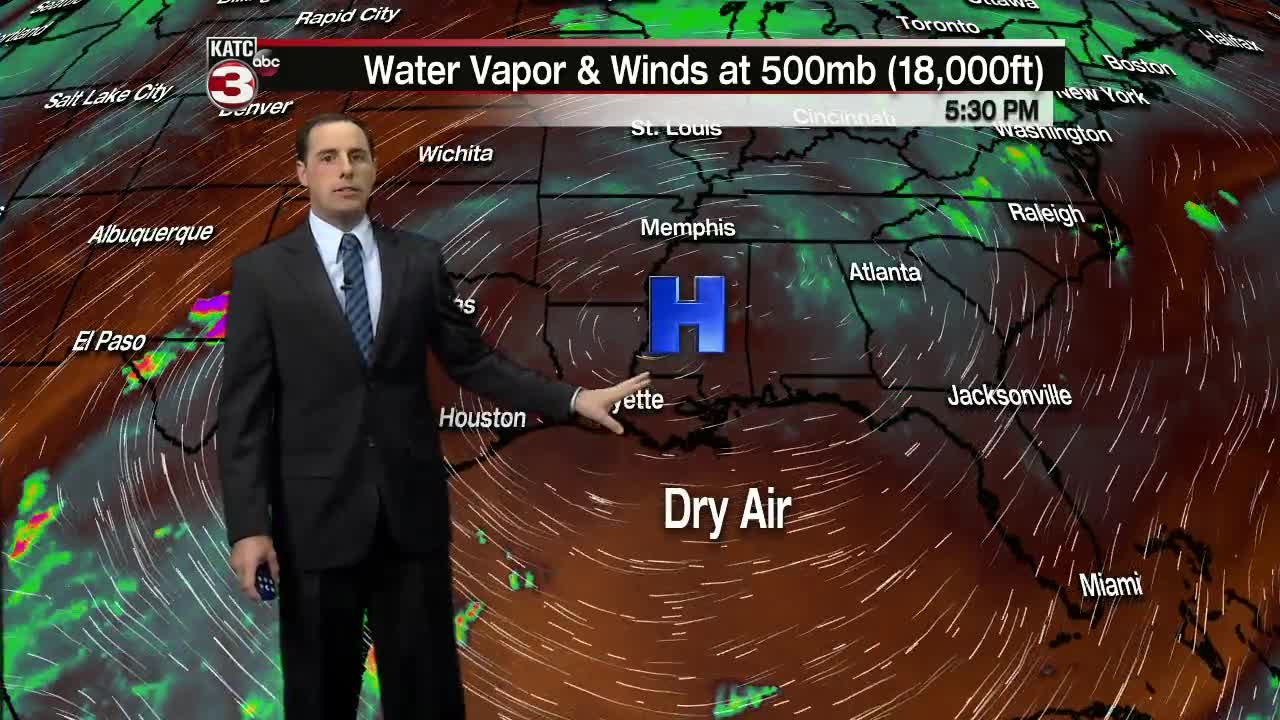 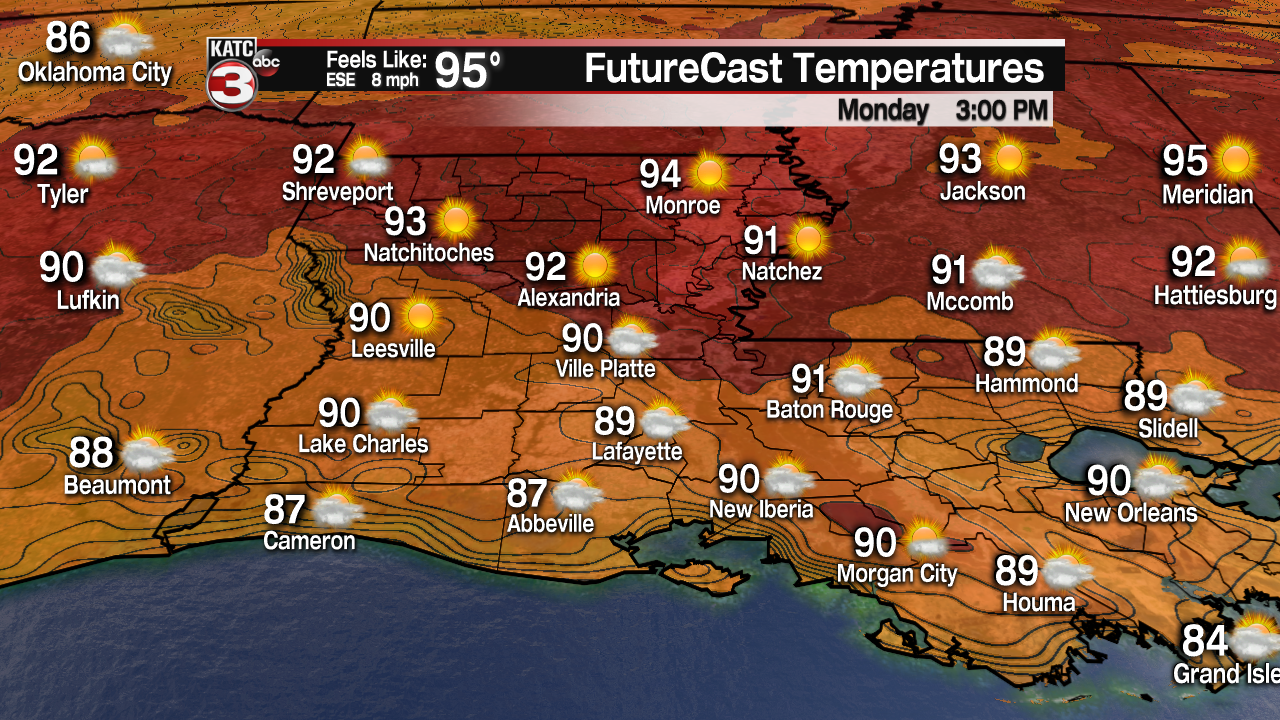 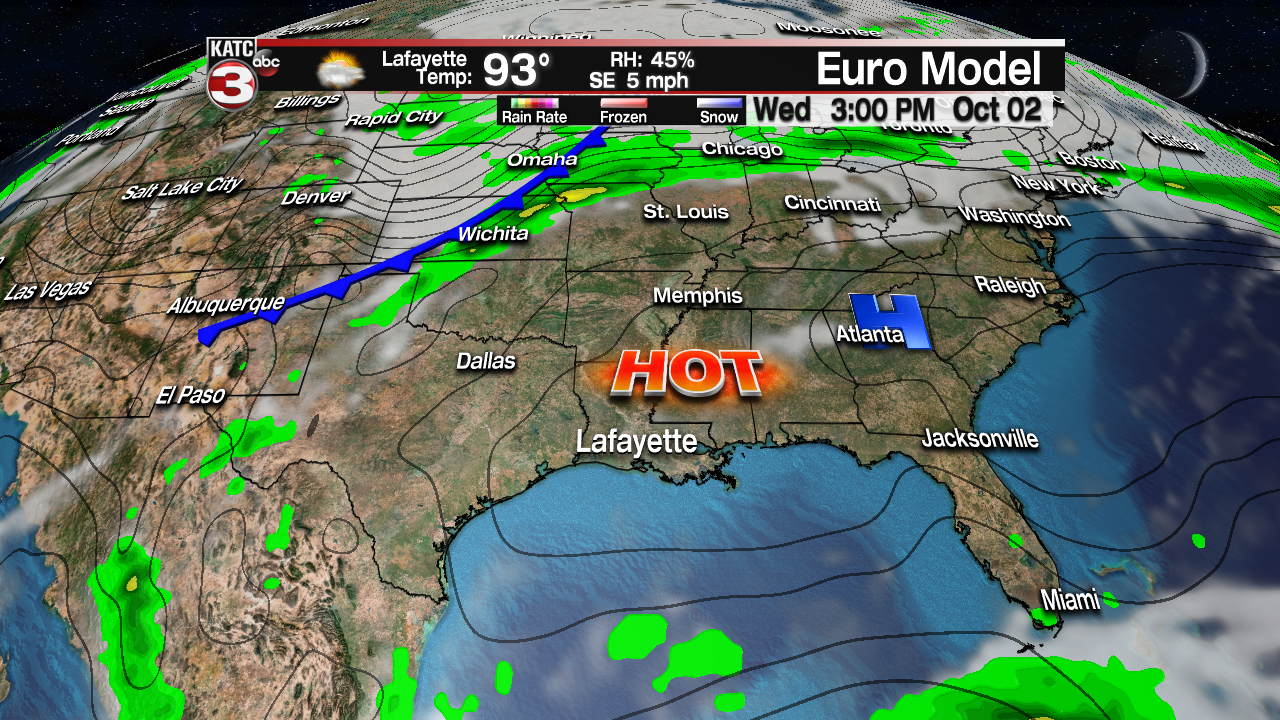 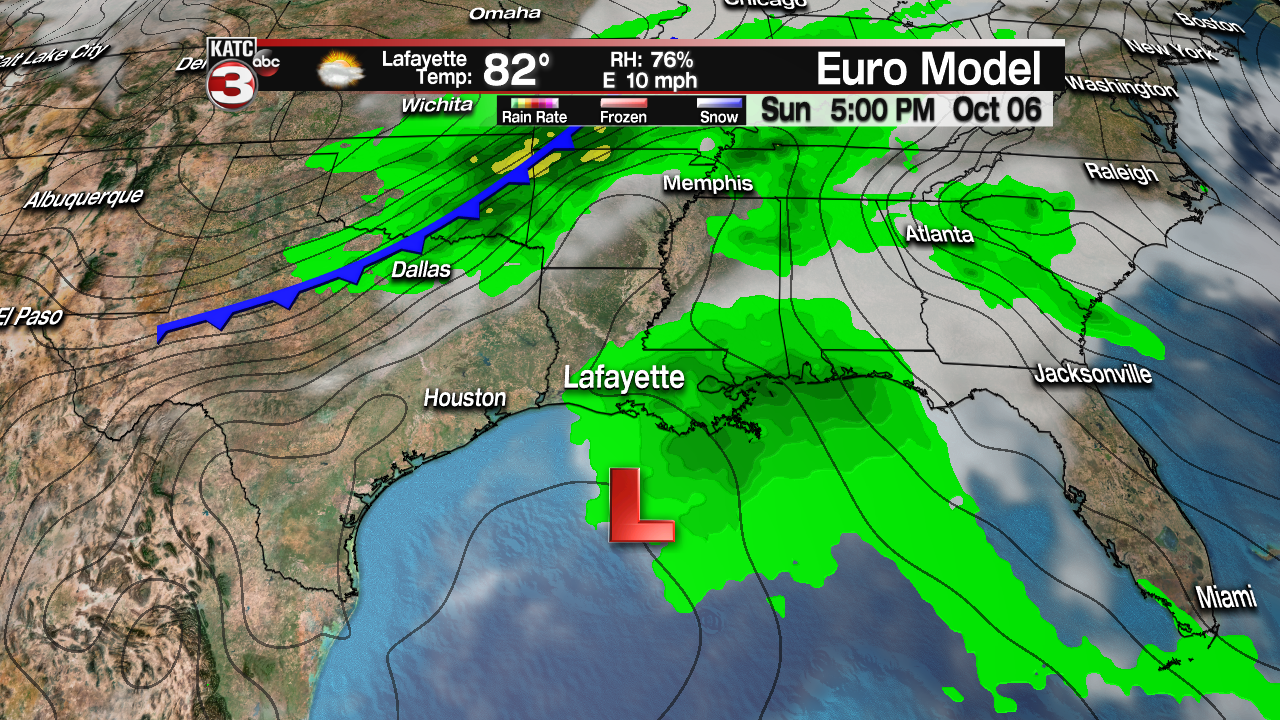 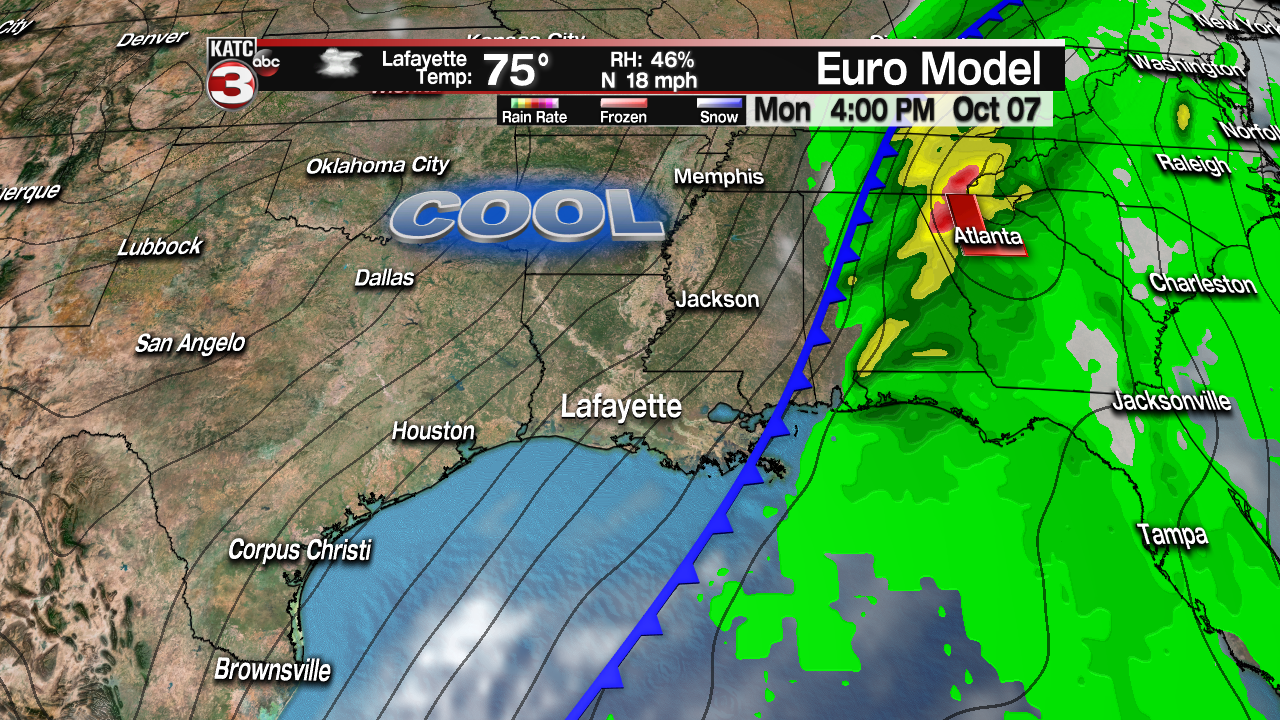 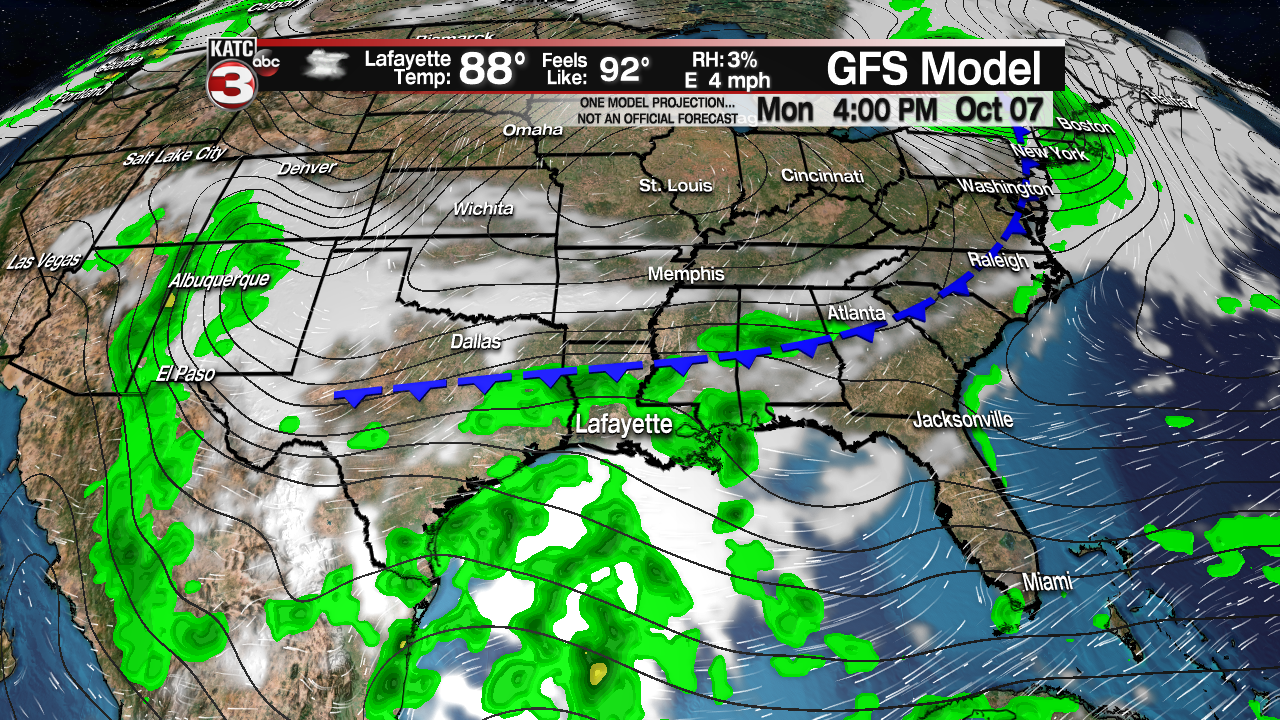 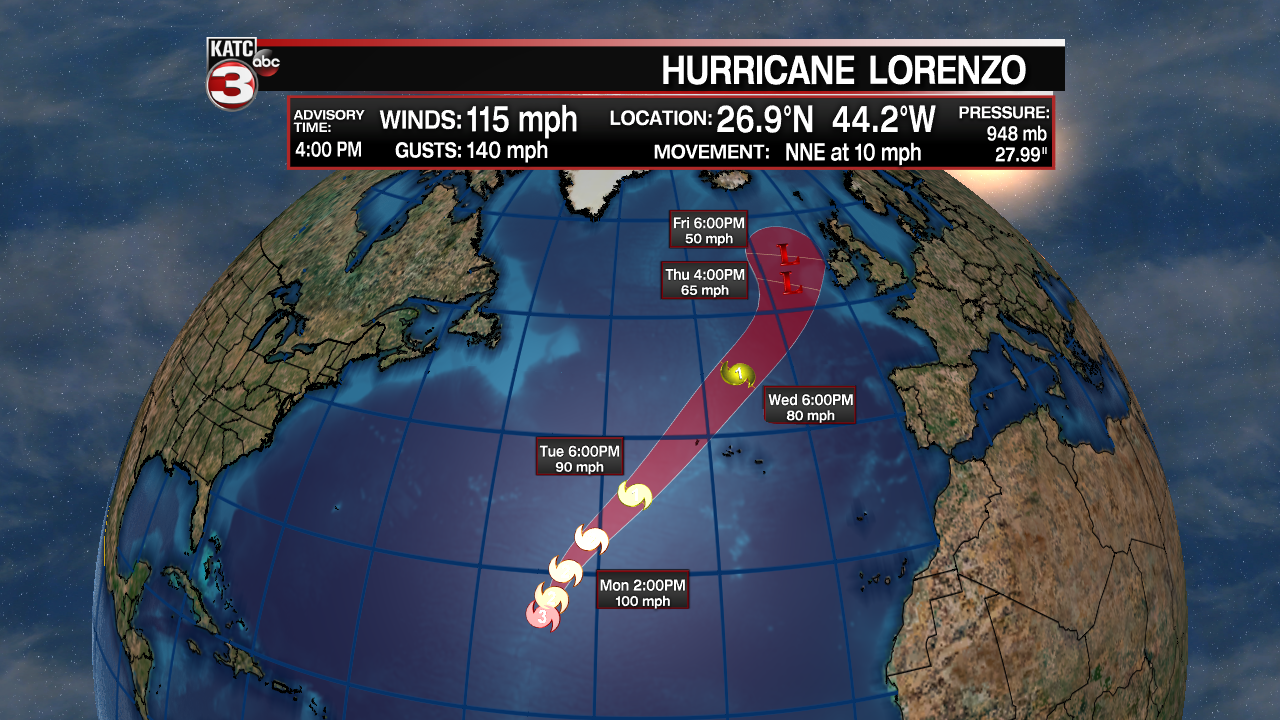 After a decent amount of clouds and a few brief showers on Sunday it is back to a hot and dry pattern for the week ahead as high pressure will be in control.

Thus, the summer-like temperatures will be sticking around for at least another 5-6 days with highs this week in the lower 90s and heat indices pushing the upper 90s to near triple digits.

With a little extra moisture/humidity in the air there is a slight chance for a couple stray showers (10-20%) to maybe slide across Acadiana Tuesday through Friday afternoon.

Next weekend is when things get interesting.

The latest European model is indicating that maybe a tropical wave could move into the Gulf and produce scattered showers and storms on Sunday.

As the tropical wave is moving onshore the European model also shows a strong cold front diving south through Louisiana on Monday.

If this front is able to make its way through the region we could be finally looking at some fall-like temperatures with lows in the upper 50s and lower 60s and highs in the mid to upper 70s.

But remember this is just one model and we are talking about 7-8 days out so things will likely change.

And if we compare the European model to the GFS we might have to wait a little longer for the cooler temperatures as the GFS has the cold front dissipating as it tries to dive south of Interstate 20.

Either way it looks like clouds and the chance for showers will be increasing by next early week which should help to at least hold temperatures closer to normal in the mid 80s.

In the Atlantic Major Hurricane Lorenzo has weakened down to a category 3 storm with 115 mph winds after getting up to a category 5 storm late Saturday night with 160 mph winds.

As Lorenzo continues to move to the north and encounters cooler waters the system should keep weakening.

For now Lorenzo remains over the open Atlantic but as Lorenzo begins to turn to the northeast Lorenzo will make a close pass by the Acore Islands on Wednesday with 80-90 mph winds.

Then by the end of the week Lorenzo will transition to a post-tropical low as it nears Ireland.