Staying sunny and hot on Sunday 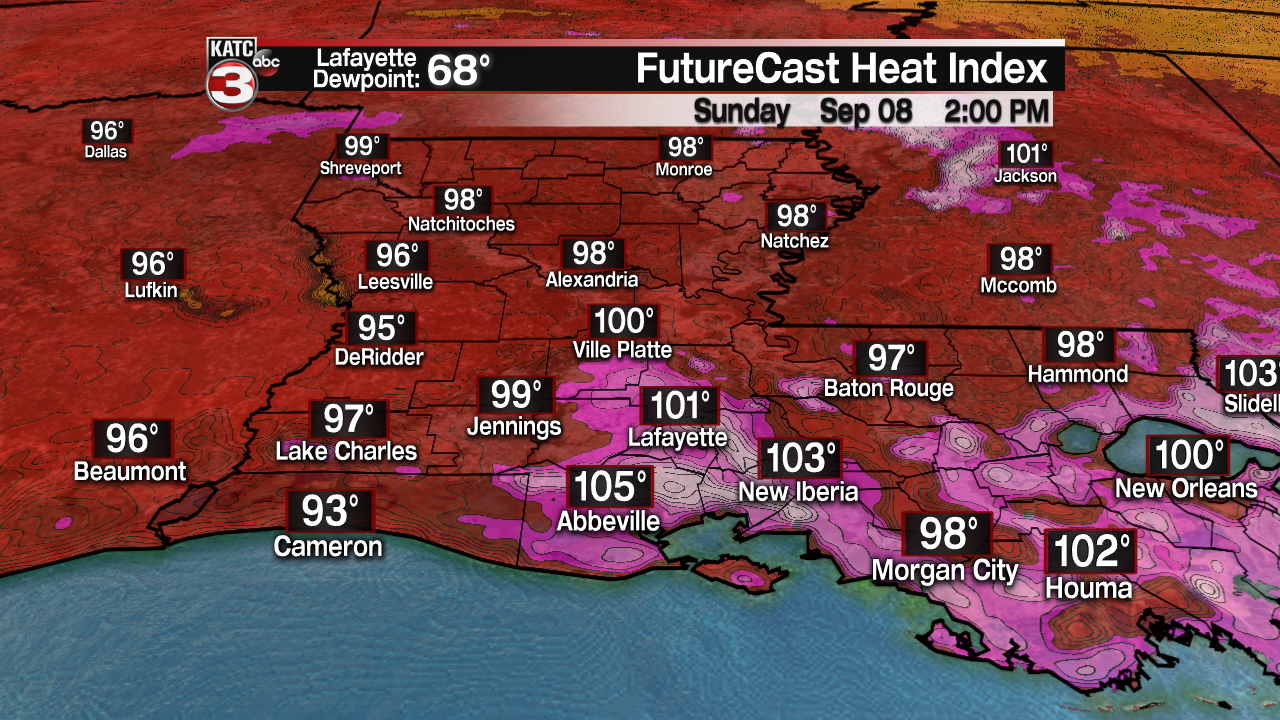 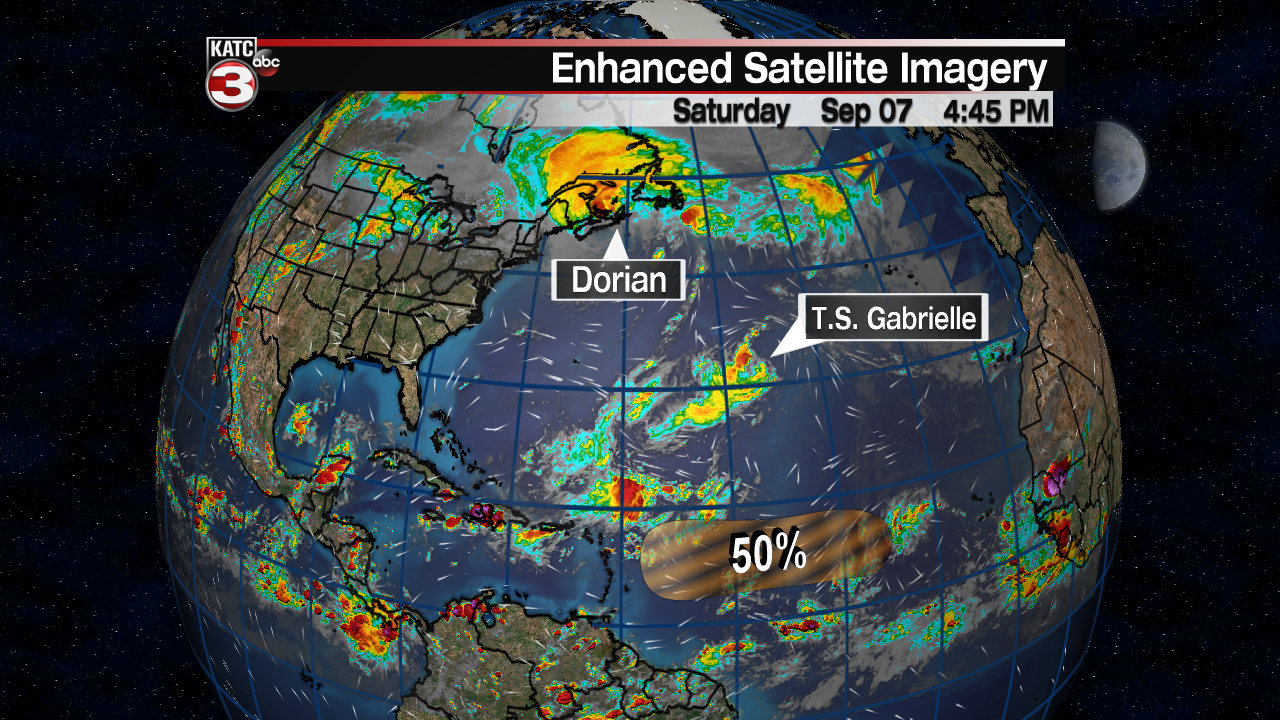 The upper level ridge continues to dominate our weather meaning it will stay sunny and hot the next few days.

Highs on Sunday with top out near 97° with feel like temperatures reaching 102-106.

Moving into the new work week a surface high in the Gulf will start to flip winds out of the southeast helping to push a little more moisture over the region causing the humidity to return and produce a few more clouds Monday and Tuesday afternoon which should help to hold temperatures in the mid 90s for highs.

Wednesday a weak shortwave is forecast to swing over the region near the Louisiana-Texas line which could increase our rain chances up to about 30-40%, with the best chance for a passing shower or storm near Lake Charles.

Then Thursday through Saturday it is back to a sunny and hot pattern with highs in the mid 90s.

Beyond Saturday the long range models show a potential weak tropical wave moving from east to west across the northern Gulf which could bring us our best chance for rain again by the following Monday or Tuesday.

As for the tropics Dorian is now a post tropical cyclone with winds still whipping at 100 mph as it slams into the Canadian Maritime.

Tropical Storm Gabrielle has 50 mph winds and will stay out in the open Atlantic the next several days before eventually heading for Ireland by late Wednesday into Thursday.

Lastly, the National Hurricane Center is watching a tropical wave near the Cabo Verde Islands but it does not look as good on satellite on Saturday.

Thus, the hurricane center has lowered its odds of development down to 50% over the next 5 days but we will still need to monitor this wave because it is projected to remain on a path straight across the Atlantic and could enter the Caribbean over the next 6-8 days.