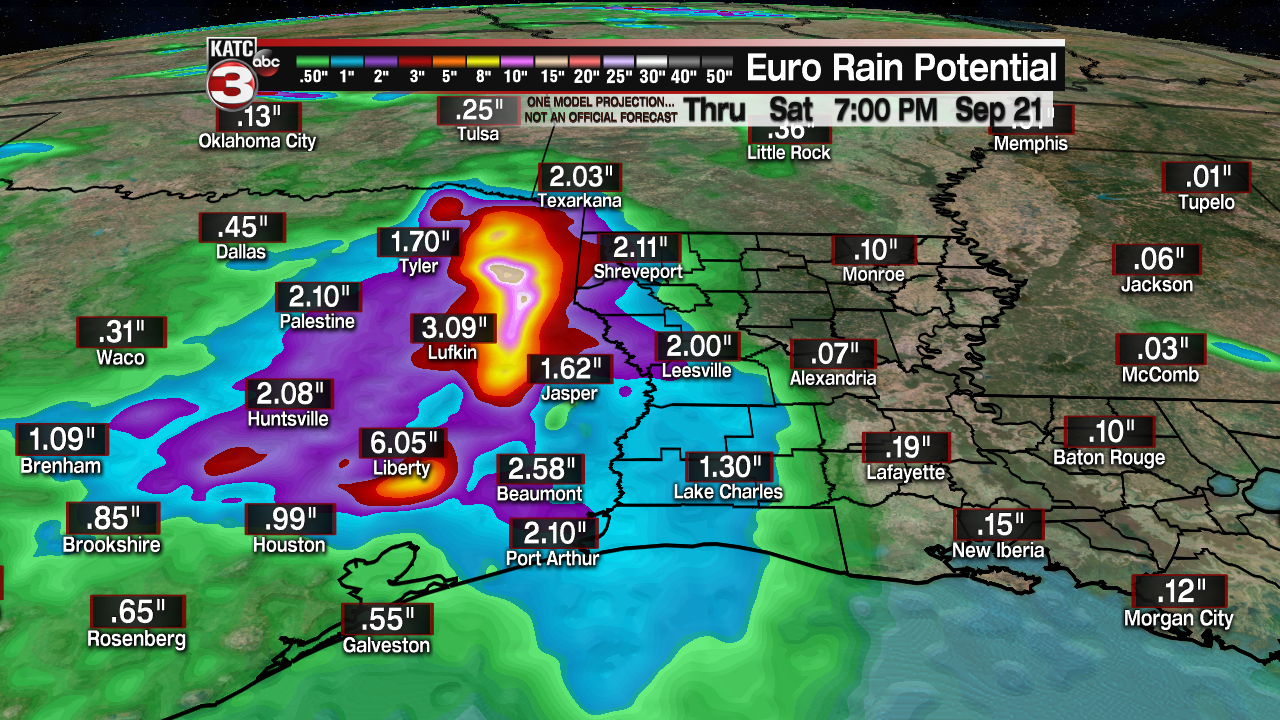 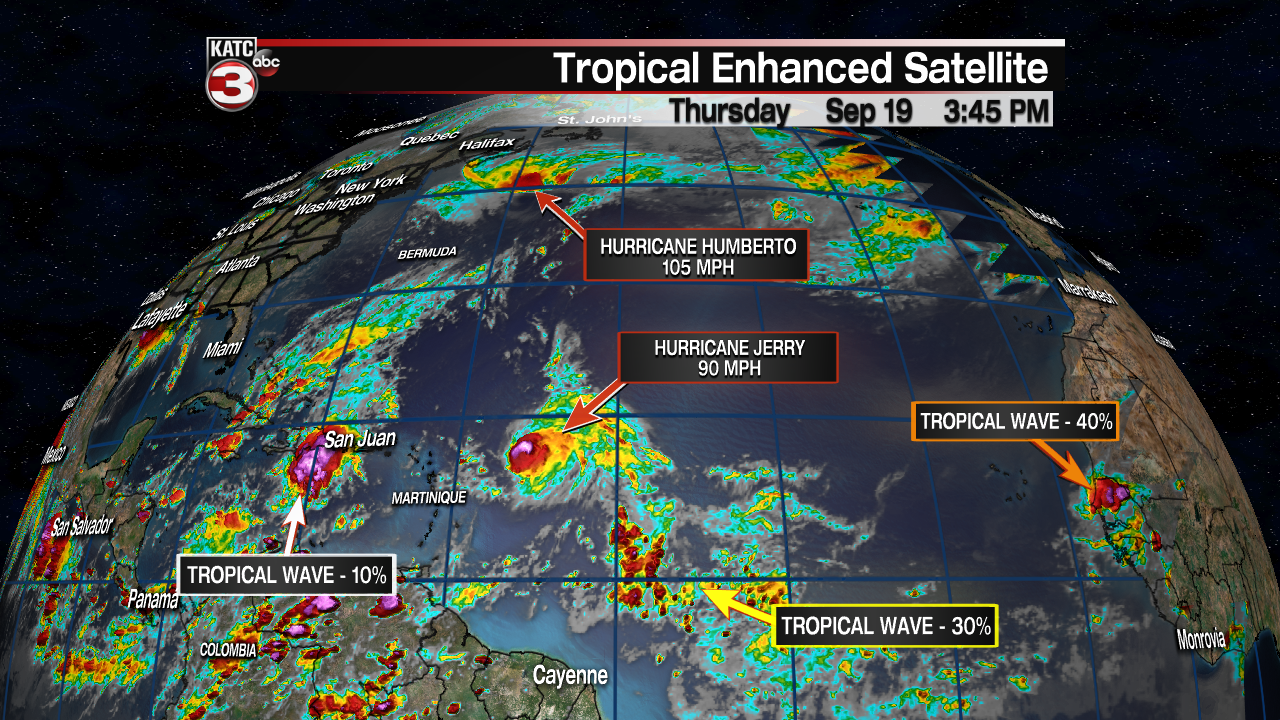 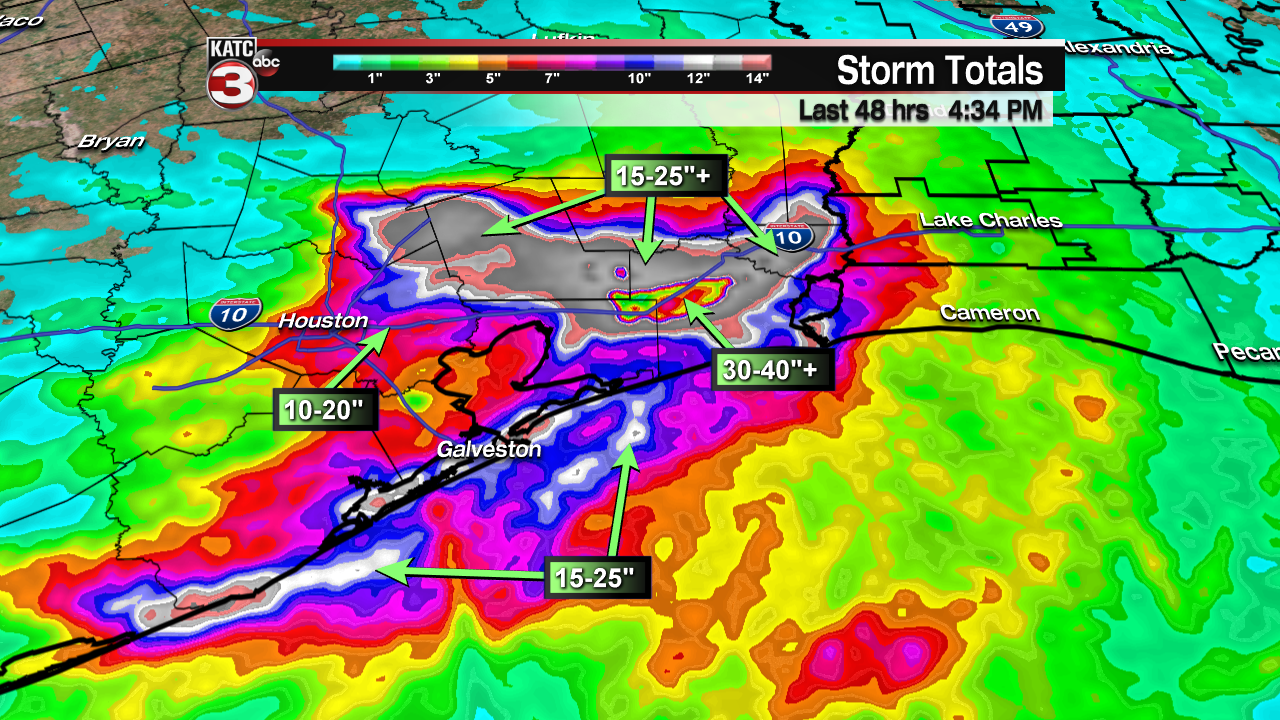 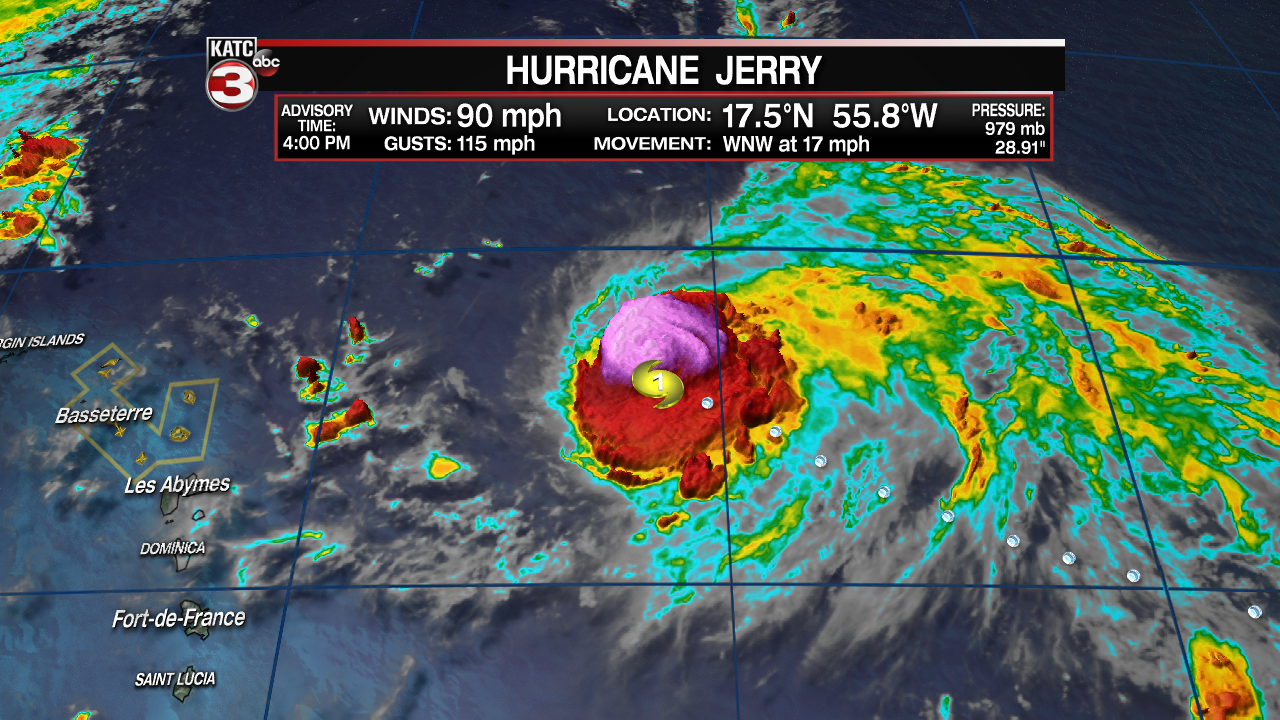 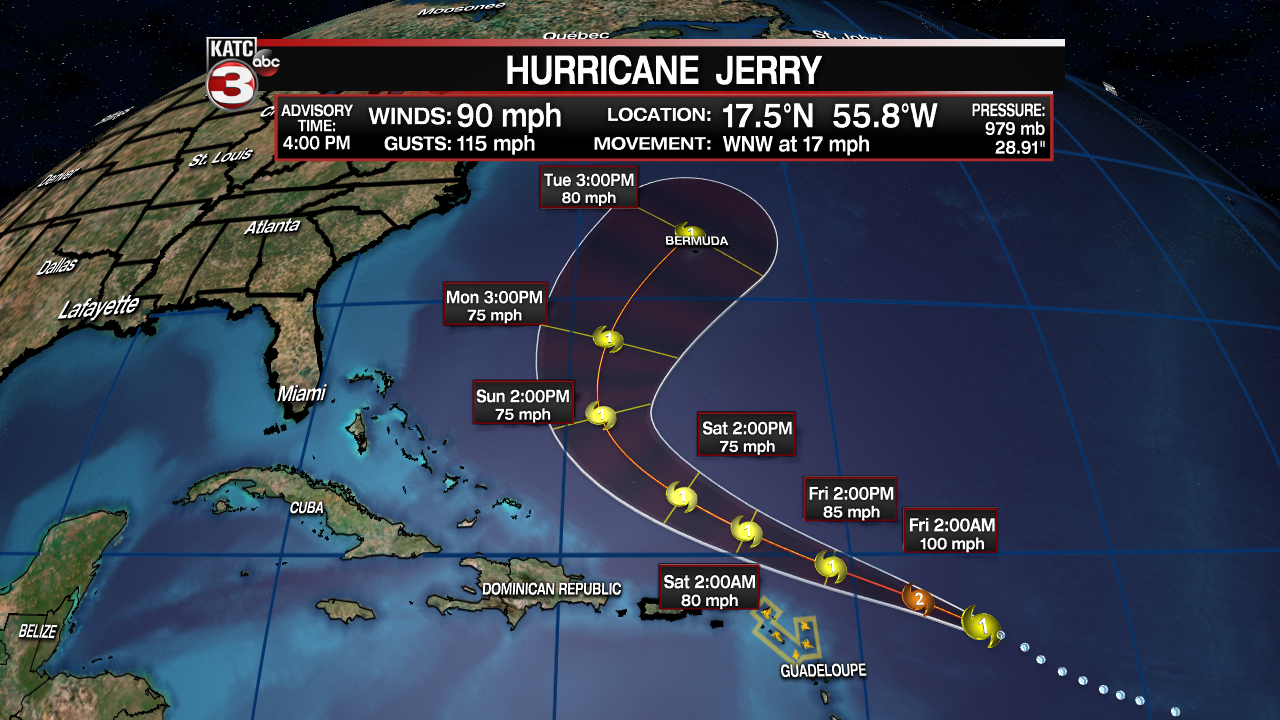 While the catastrophic rainfall event in Southeast Texas gradually winds down through Friday, Acadiana will see another mostly cloudy day with scattered afternoon showers and storms a pretty good bet.

Remnants of Imelda have produced upwards of 10-25" of rain over the last 48 hours in Texas from the Houston Metro area to Beaumont, with upwards of 35-40"+ reported in and around the Winnie, TX area just west-southwest of Beaumont.

While some of those intense storms moved into Southwest Louisiana, fortunately most of Acadiana was spared the wrath of Imelda.

The remnant system's dynamics will weaken and get strung north to south overnight through Friday leaving the region with the chance of scattered storms, but the risk of additional flooding rains should be diminishing...

I-10 at the Louisiana Texas-Border remained closed due to high water as of late Thursday afternoon and may not open until after Friday, especially in some portions of Texas.

Locally expect a few tropical showers across the Acadiana area are anticipated overnight, with a mostly cloudy day with temperatures holding in the mid 80s Friday.

There is a 60% chance of scattered afternoon showers and thunderstorms for the Acadiana area Friday with activity likely tapering into the early evening.

Storms Friday will be moving in from the southeast to the northwest while high pressure starts to bank into the area from the east allowing for much drier conditions this weekend.

Skies should become partly sunny Saturday and mostly sunny Sunday with rain chances decreasing to 20% or less for both afternoons.

Highs this weekend will climb back into the upper 80s while lows drop closer to the lower 70s.

Expect mostly sunny and dry conditions early next week before tropical moisture and rain chances return from the Gulf mid-late next week.

It looks like Acadiana will start off Fall with a couple of days with highs in the lower 90s. See the latest KATC 10 Day Forecast.

Meanwhile, the Atlantic tropics remain quite busy with Hurricane Humberto moving into the North Atlantic and strengthening Hurricane Jerry churning east of the Caribbean.

The core of Hurricane Jerry should stay north of the Northeast Caribbean but could threaten the Leeward Islands with tropical storm conditions and perhaps Bermuda, in the 5 day time-frame.

The wave in the Caribbean is the system we'll watch, and although there are minimal chances of development of this system, some of its moisture, in some shape or form, looks to head for the Gulf of Mexico and could add to our rain chances mid-late next week...but for now, it does not appear to be any kind of a major threat at this point.

While the tropical wave in the Mid-Tropical Atlantic may not survive more hostile conditions in the future, the wave coming off the African Coast looks to become a named system, but may stay an open Atlantic system.

Finally, long range ensemble models are hinting at the possibility of some tropical activity or at the very least deep tropical moisture pooling in the Caribbean to Southern Gulf during the first few days of October...whether something of significance develops will be a "future forecast to be made" in a week to 10 days.