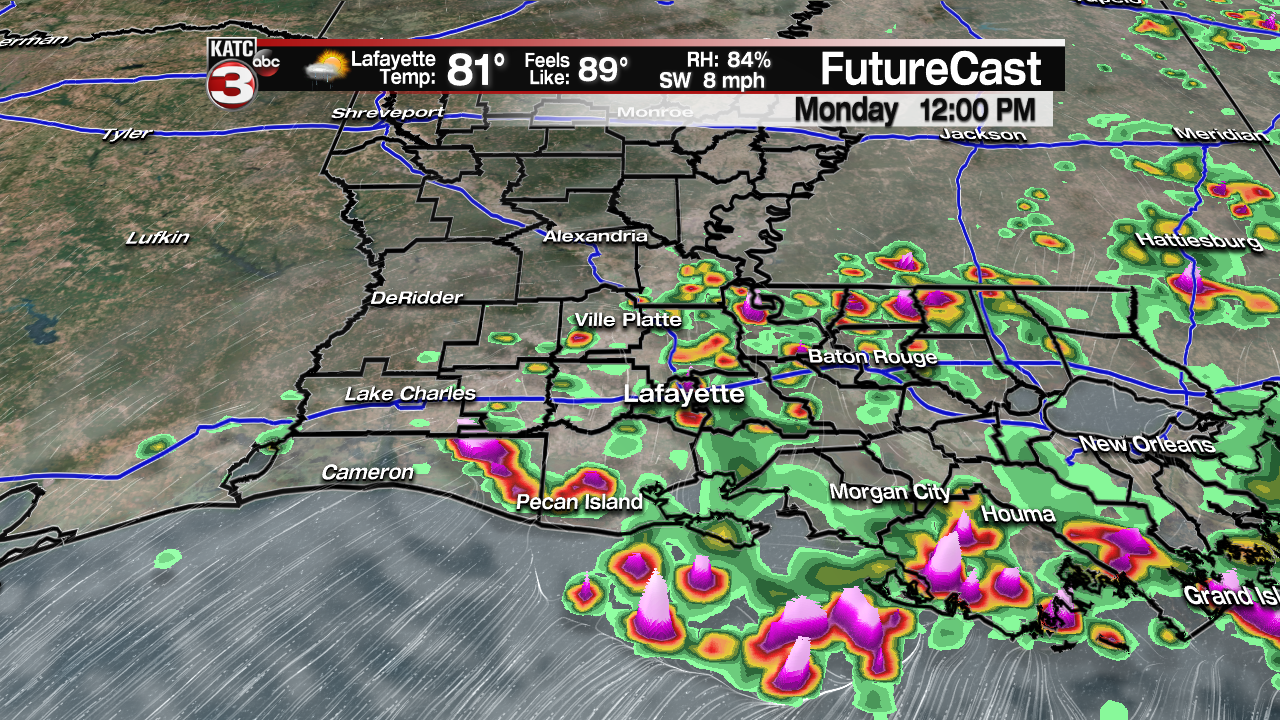 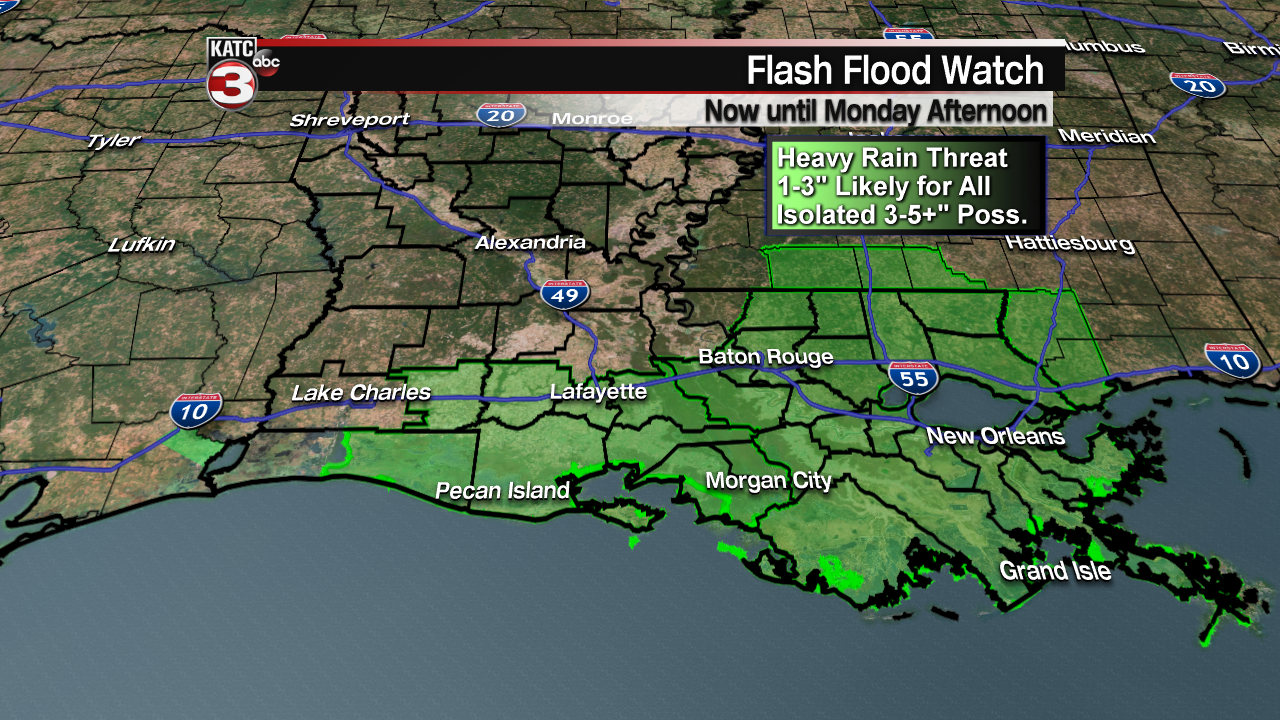 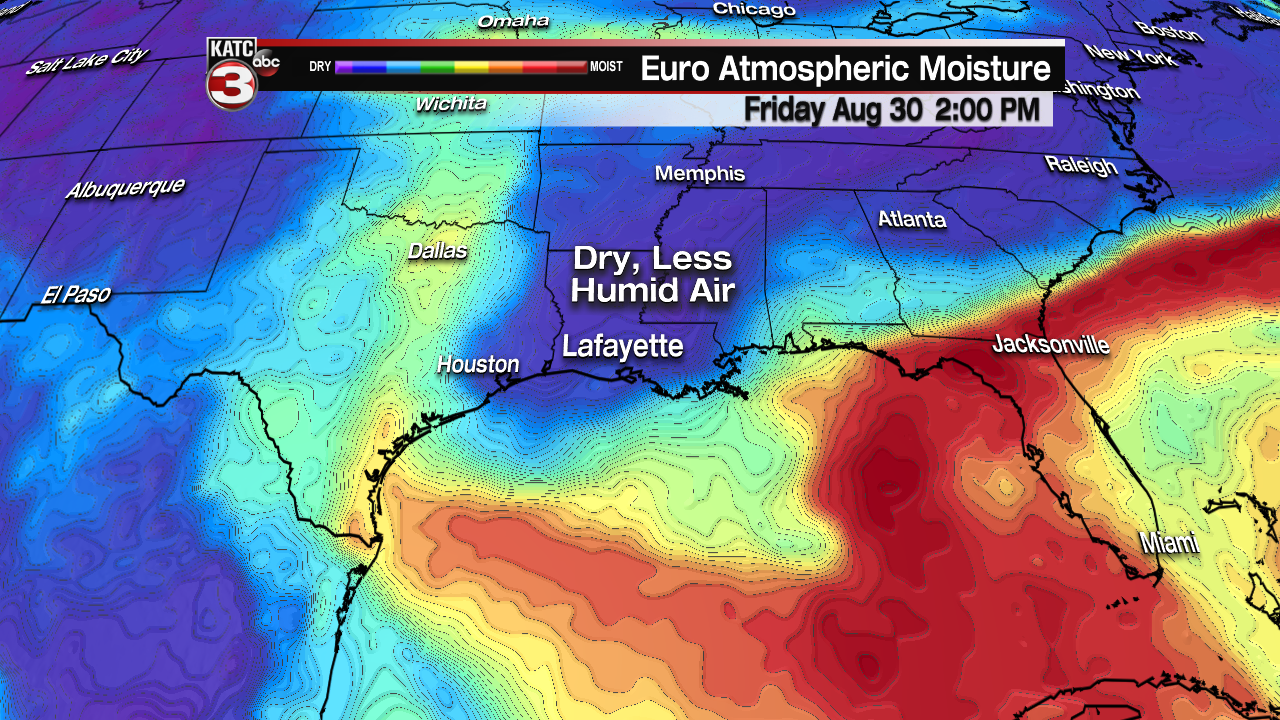 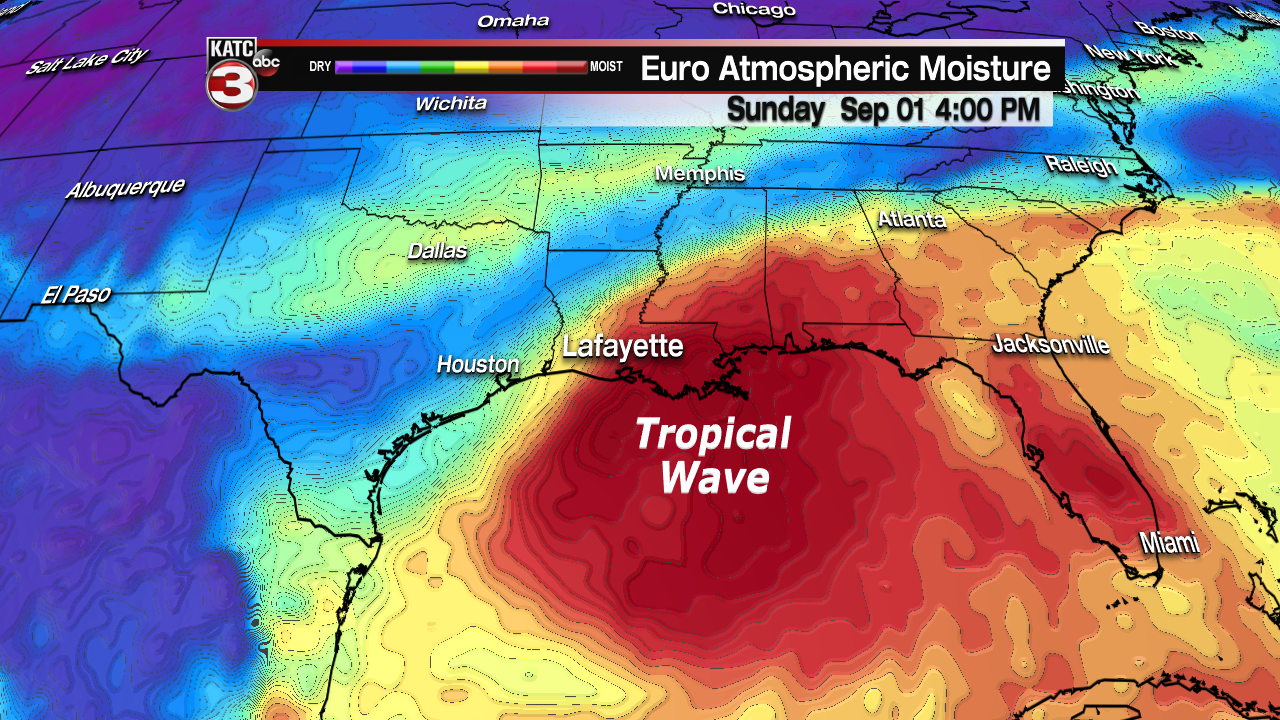 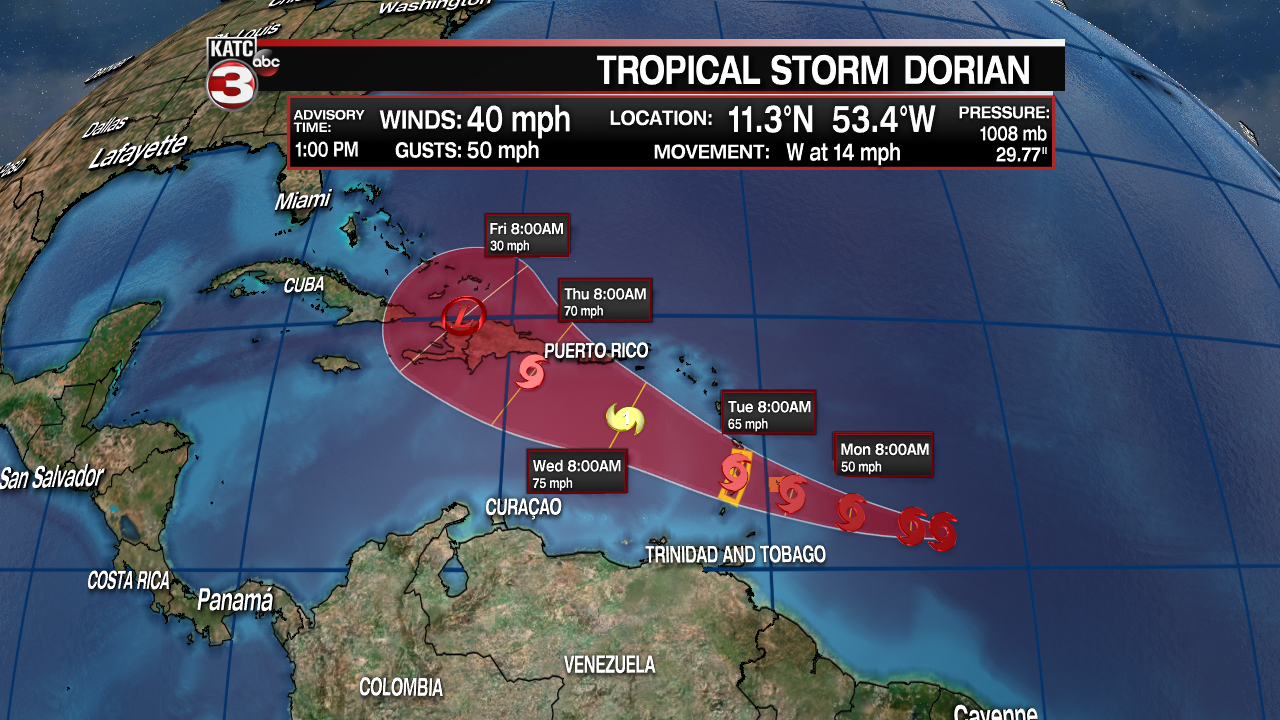 The slow moving tropical wave will continue to linger in the area on Monday producing more rounds of scattered showers and storms, especially along the coast.

With the ground still extremely wet any heavy showers could cause brief flooding so the Flash Flood Watch remains in affect for the coastal parishes until Monday afternoon.

The system will finally move off to the east during the afternoon and we could even get some sunshine late in the day to warm highs into the mid to upper 80s.

Tuesday looks to be a typical August day with partly cloudy skies in the morning giving way to hit or miss showers and storms during the afternoon.

On Wednesday we will be watching a potential cool front swinging down into the Louisiana creating more scattered showers and storms during the afternoon and evening.

A couple showers could linger into Thursday morning, especially down along the coast, but eventually the front will work out into the Gulf.

Behind this front a shot of dry air looks to slide over Acadiana bringing an end to the rain and setting up a beautiful end to the work week.

We should have plenty of sunshine Thursday and Friday with temperatures in the upper 80s to near 90 with low humidity levels.

The start of Labor day weekend looks nice with a fair amount of sunshine on Saturday and temperatures in the upper 80s.

But on Sunday we will be watching our for the potential of another tropical wave to move into the Gulf of Mexico.

This wave looks to track from east to west across the Gulf increasing our rain chances Sunday afternoon through Tuesday.

And as we enter the final week of August the tropics are getting active.

Tropical Storm Dorian is getting better organized as it has strengthened Sunday afternoon with sustained winds now up to 50 mph.

Dorian is racing off to the west at 14 mph and should slide across some of the Lesser Antilles islands Tuesday morning as a strong tropical storm.

Tropical storm watches have been issued for the islands in Dorian's projected path.

After crossing into the Caribbean Dorian is forecast to become a category 1 hurricane Wednesday.

The good news is the latest forecast shows the storm running into unfavorable conditions which should weaken it back down to a tropical storm before it moves over the Dominican Republic Thursday afternoon.

As Dorian slides over the Dominican Republic the rough terrain of the island should further weaken the storm down to a depression by the time it nears the Bahamas.

Besides Dorian the National Hurricane Center is watching a broad area of showers and storms off the East Coast.

This disturbance has a 70-80% chance of organizing into a tropical depression in the coming days as it moves into a favorable environment.

If it could make it to tropical storm strengthen it would be named Erin.

The good news is this system is turning away from the United States and should remain out in the Atlantic.