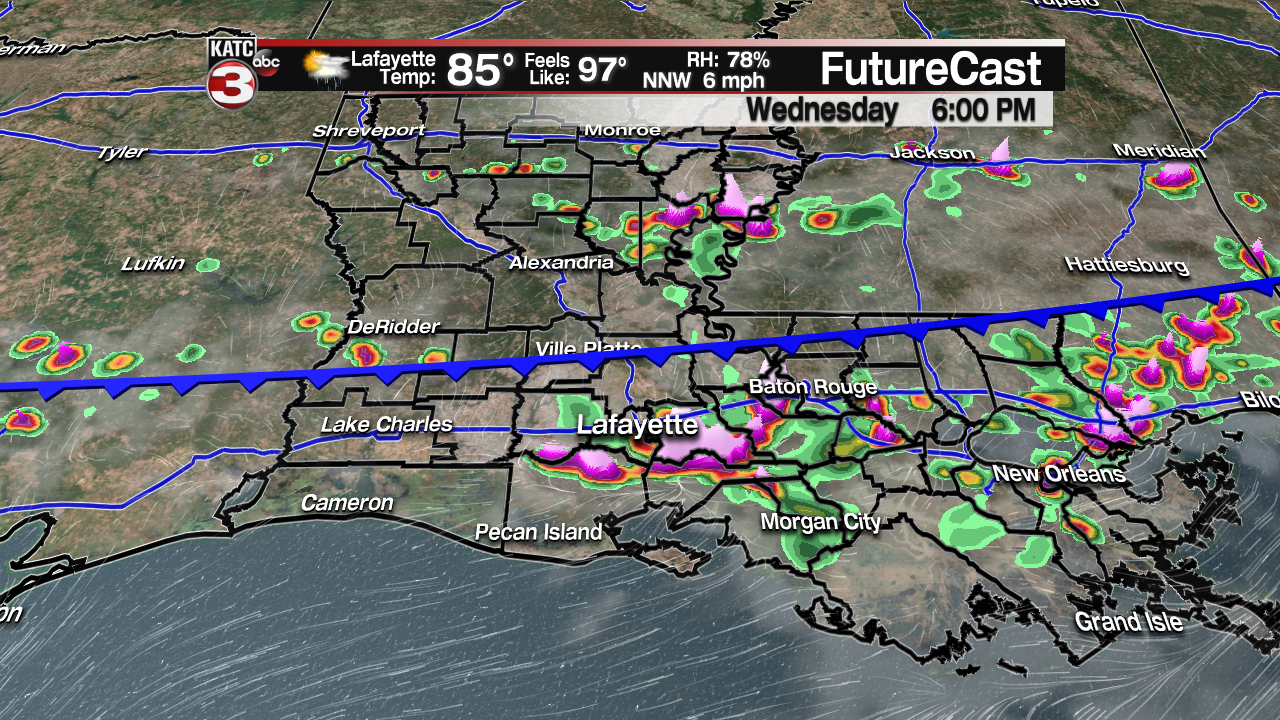 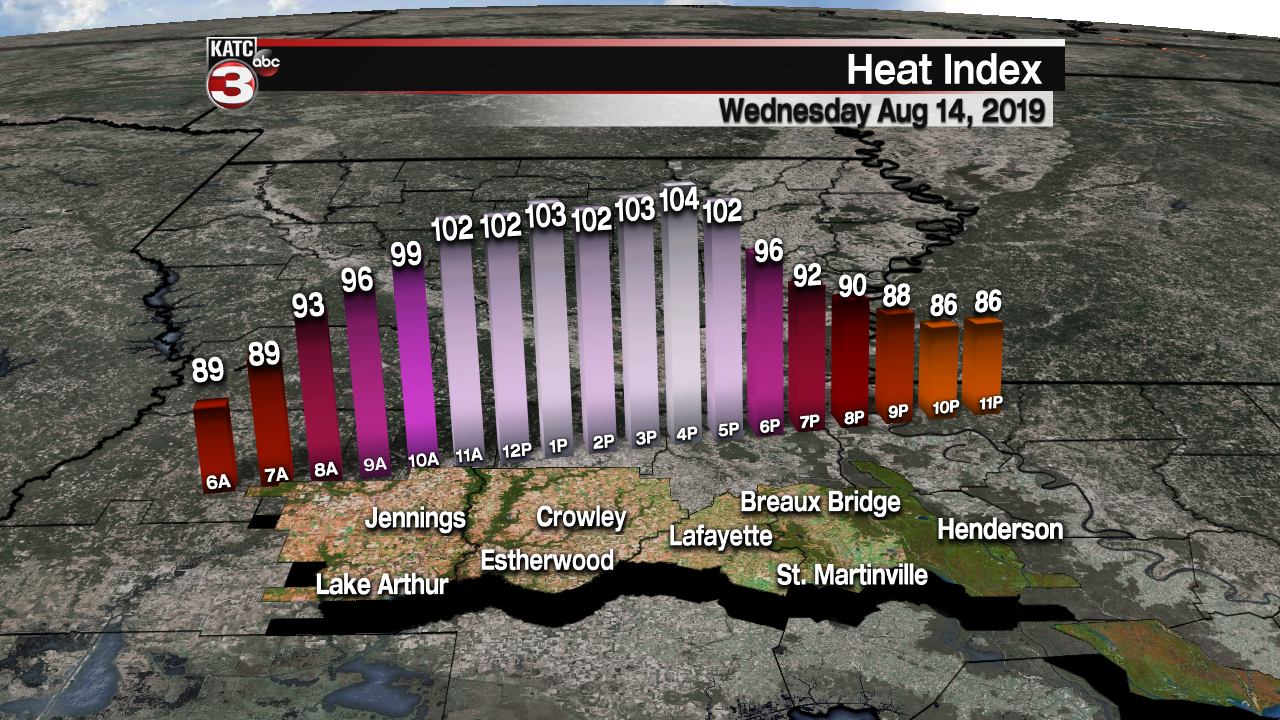 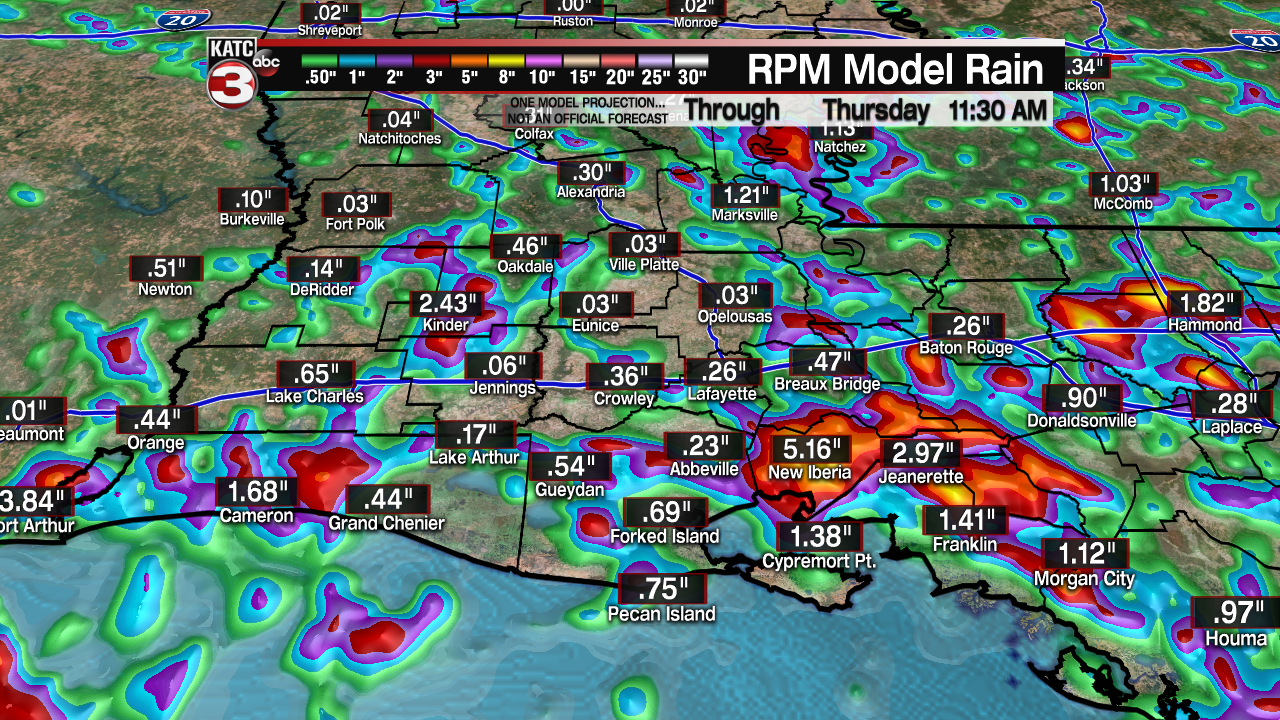 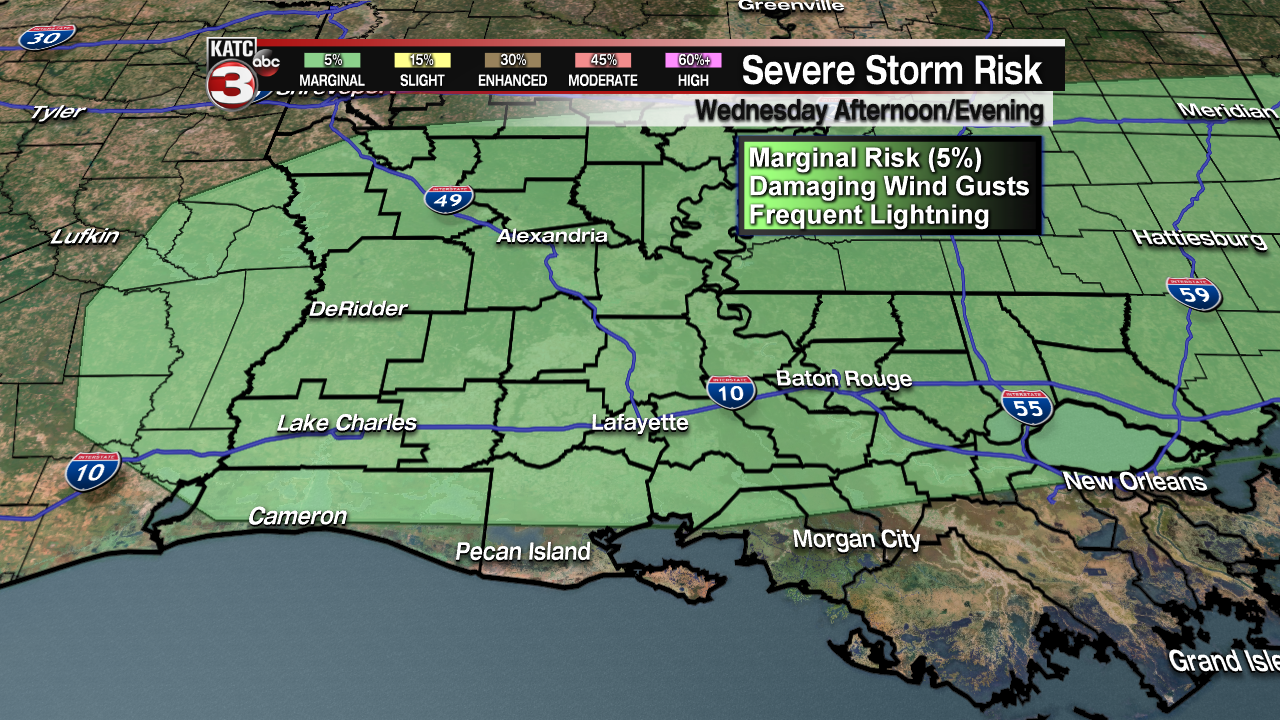 We're not quite done with the oppressive heat and humidity as it will stick about for the first half of Wednesday as highs will climb into the low to mid 90s with feel like temperatures pushing 105°.

The good news is during the afternoon/evening a front/trough will slowly marching south into Acadiana sparking off scattered showers and thunderstorms, which should help to cool things off finally.

However, due to all the heat and humidity there will be plenty of energy for these storms to work with so a few could be on the strong to severe side with damaging wind gusts up to 60 mph, frequent lightning and intense downpours.

Also, if a couple strong storms train over your community there is a low end threat for flash flooding in streets and low lying areas.

The front should push out into the Gulf late Wednesday night into Thursday.

This should allow for slightly less humid air to move over the region but it will still be hot with highs in the lower 90s Thursday afternoon.

Now there is some uncertainty just how far the front will be able to push out into the Gulf and if it gets caught up along the coast a few isolated showers will be possible Thursday afternoon but rain chances only look to be about 20-30%.

Similar story for Friday as it all depends what ends up happening with the front.

If the front remains out over the Gulf our rain chances will be fairly low but if the front begins to slide back over land we could have a 30-40% chance for pop-up showers and storms in the afternoon.

The front is project to wash out as high pressure builds in the east Gulf for the weekend.

This will create a typical summertime pattern for the southeast with temperatures in the upper 80s to lower 90s along with the daily round of scattered showers and storms in the afternoon on Saturday and Sunday.

And that pattern looks to continue for much of next week so make sure you have the umbrella handy and you are ready for the daily pop-up showers and storms, otherwise it will be hot and humid with highs in the upper 80s to lower 90s and heat indices near the century mark.