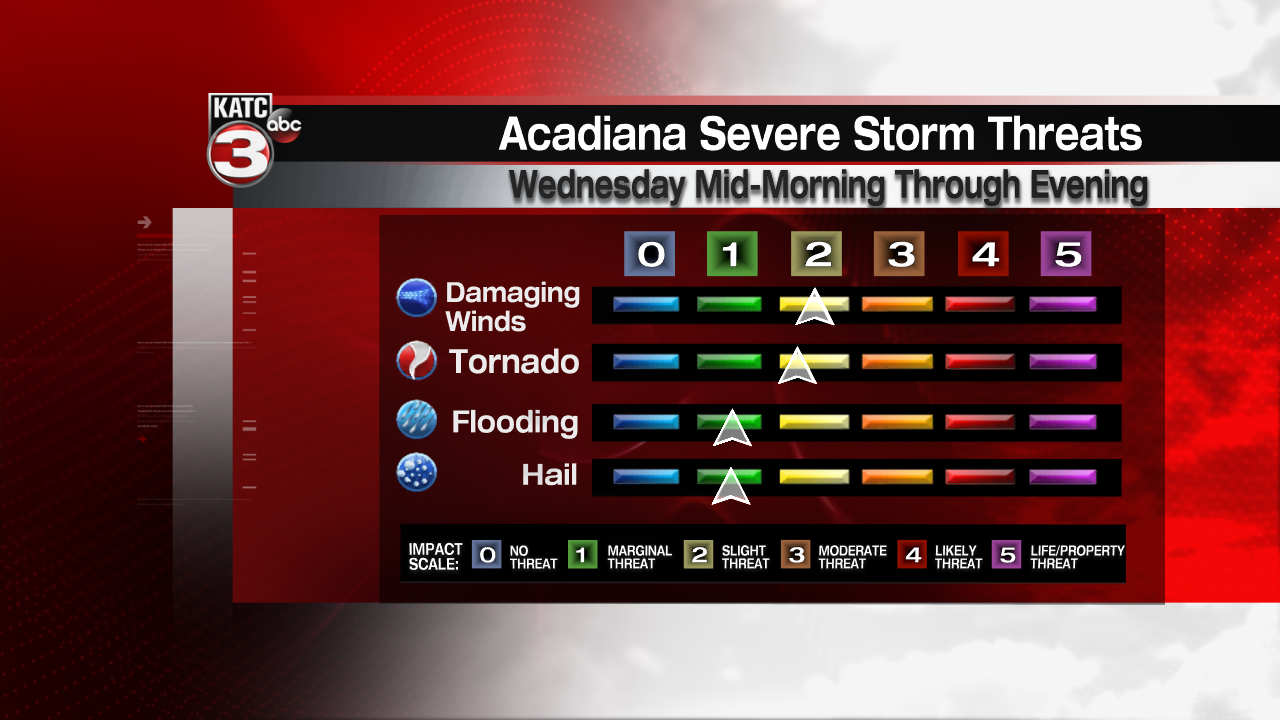 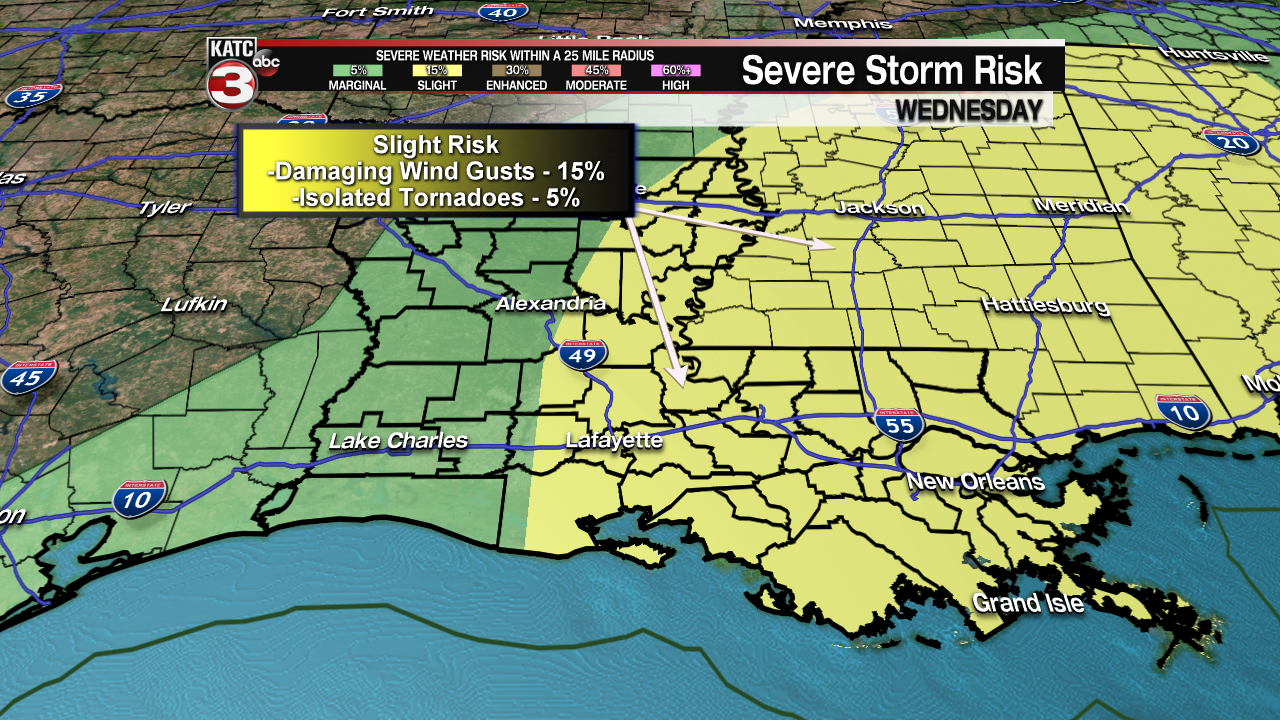 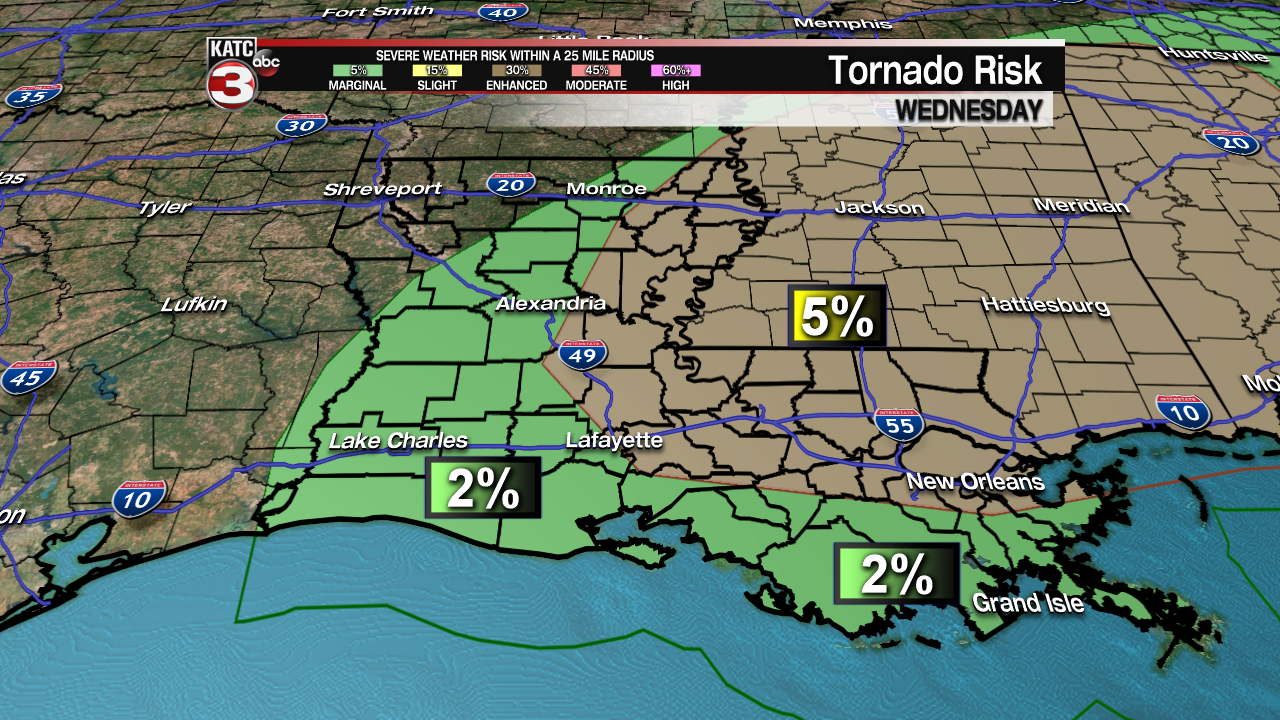 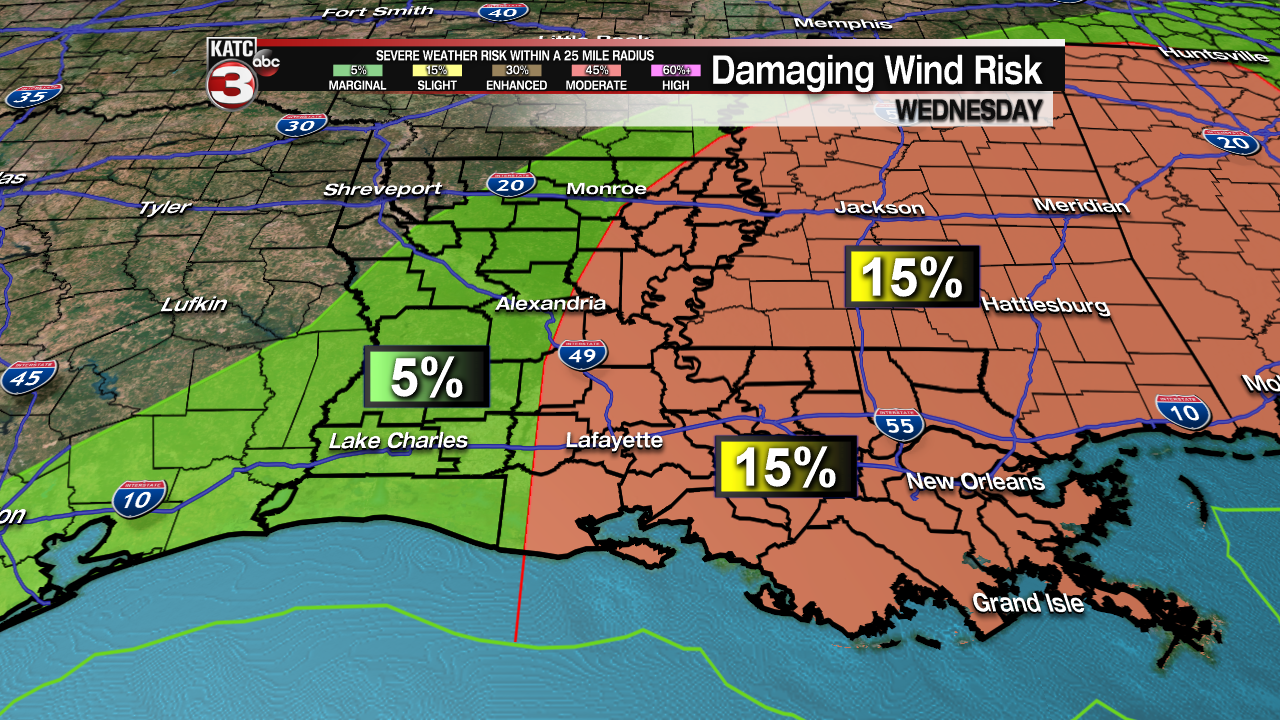 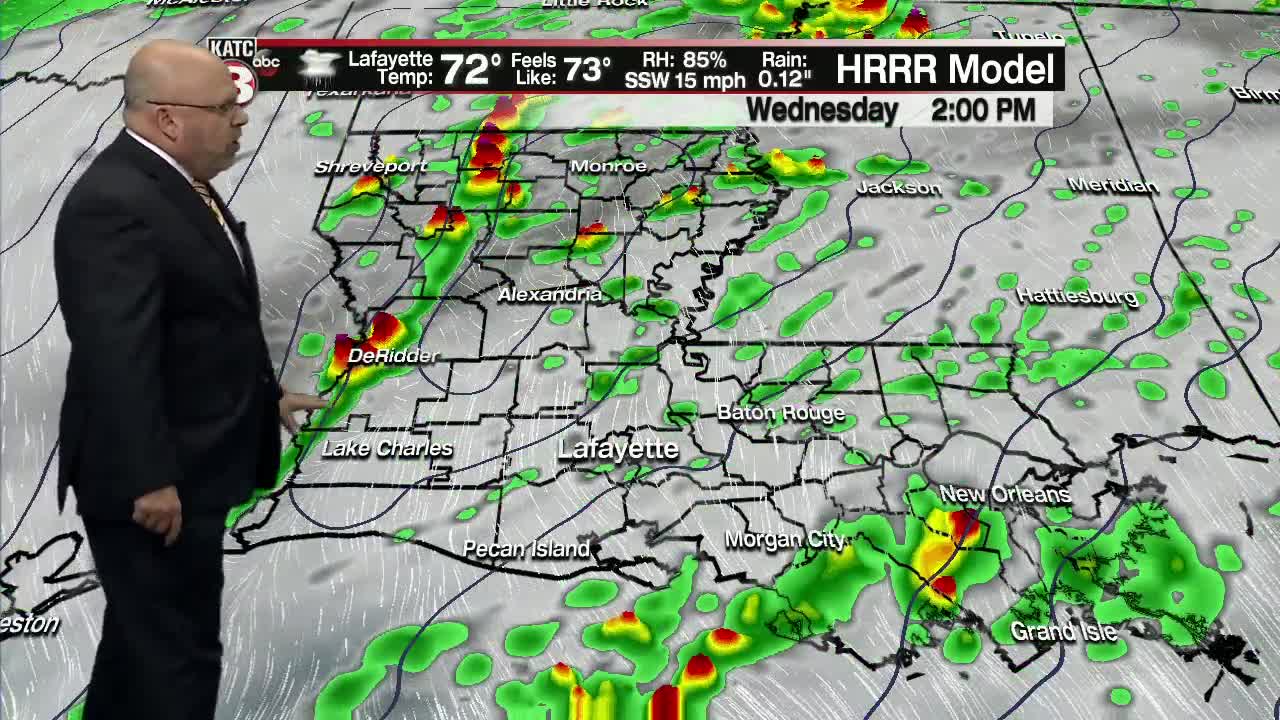 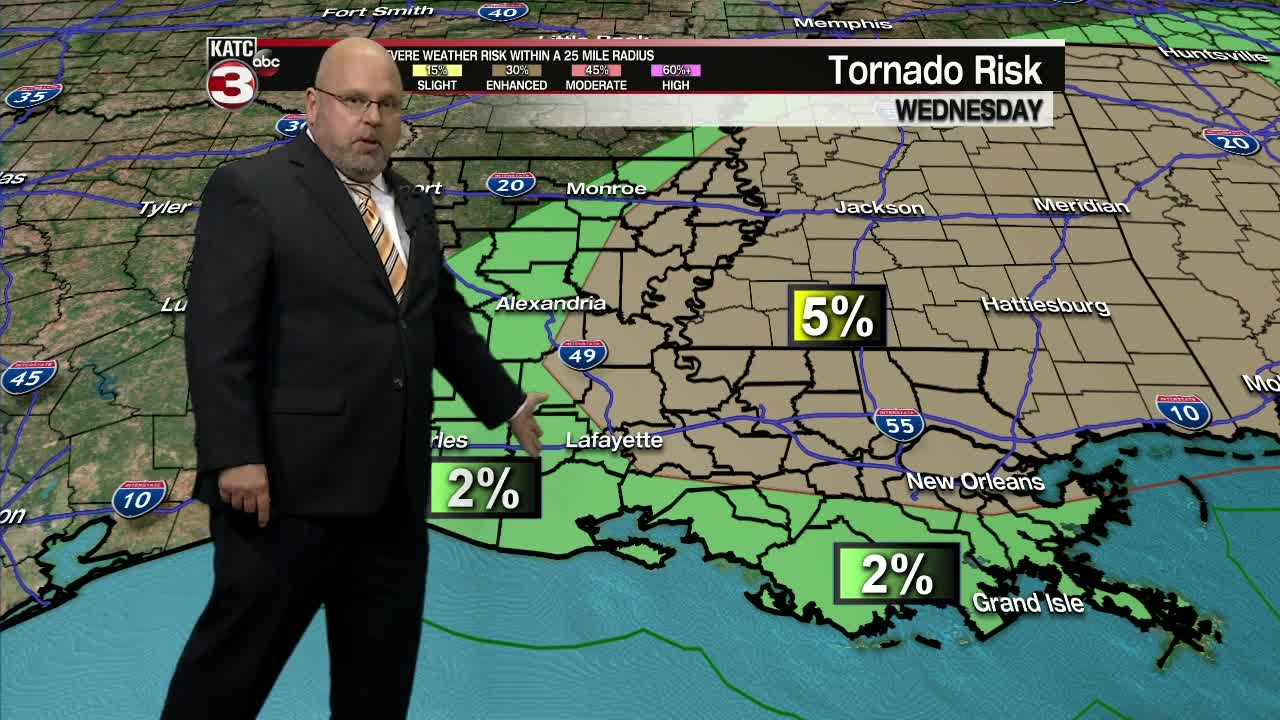 Wednesday is shaping up to be a potentially stormy day and perhaps into the early evening hours as a robust frontal system pushes through the area.

The Storm Prediction Center has a good part of Acadiana hatched in for a "slight" (level 2 out of 5) risk of severe storms with the primary threats being damaging winds and perhaps an isolated tornado or two.

Although a relatively low end threat of severe storms, the atmospheric wind profiles with height will be quite strong with a low level jet approaching 60 mph while a veering (clockwise turning) and increase with winds aloft (shearing) to near 140 mph could help produce rotating storms capable of wind damage (near 15%) and a few isolated tornadoes (near 5%).

A weather watch (severe thunderstorm or tornado) will be possible for portions of the area.

Look for windy and warm conditions ahead of the storms Wednesday with highs in the low-mid 70s along with southerly winds near 15-25 mph with higher gusts to 30-40 mph (or maybe a little higher in spots) possible developing tomorrow afternoon into the early evening so be ready for the possibility of a few sporadic power outages.

Lingering showers will be likely behind the frontal boundary into Wednesday night with activity ending during the morning hours Thursday.

Rainfall totals will be likely in the 1-2" range for many locations but up to 3" or a little more could be possible in isolated spots wherever a few storms may train over the same areas that could lead to some localized street flooding...widespread flooding however, is not expected.

It will turn sharply chillier behind the front with temperatures dropping and staying mostly in the 40s. Skies will begin to clear from west to east late Thursday into Thursday night.

The coldest readings over the next 10 days will come Friday morning with lows dropping into the mid-upper 30s.

Sunny skies will warm our temperatures back into the mid-60s Friday.

This weekend looks pretty decent with fair to partly cloudy skies along with seasonable temperatures and just a slight chance of a shower.

Acadiana's next weather-maker looks to arrive next Wednesday with more spring-like temperatures ahead of the system early next week.