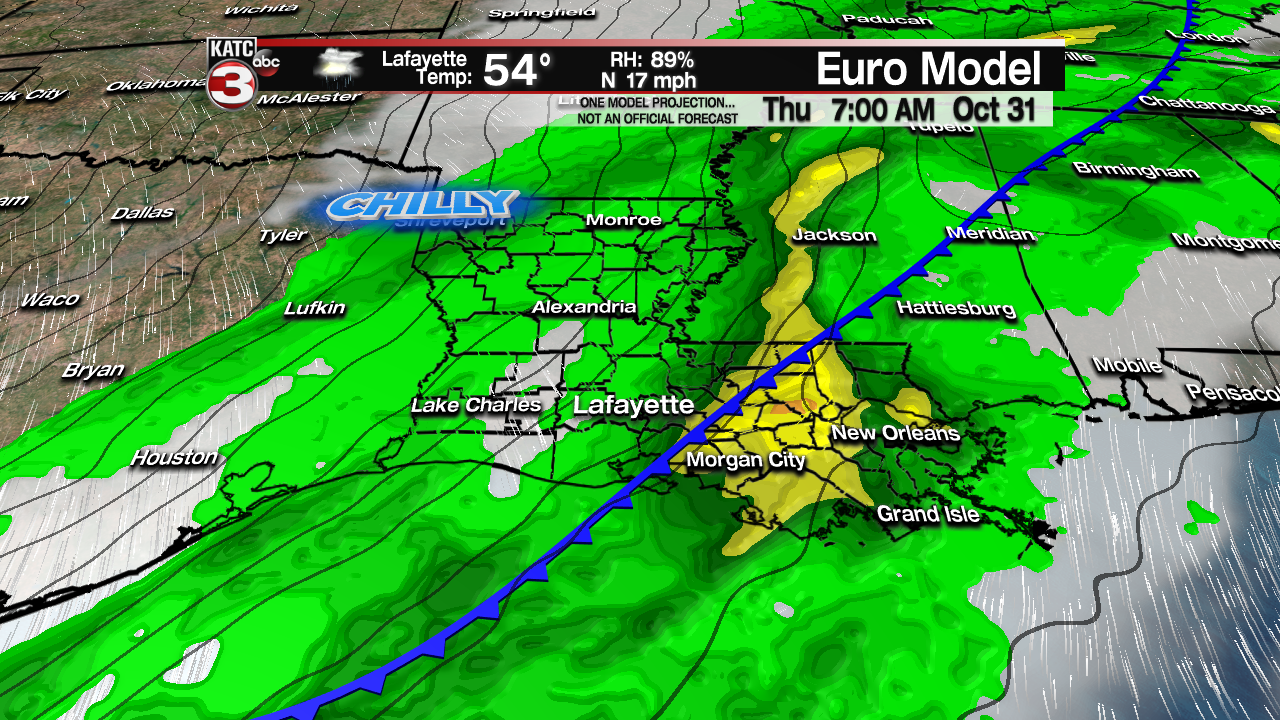 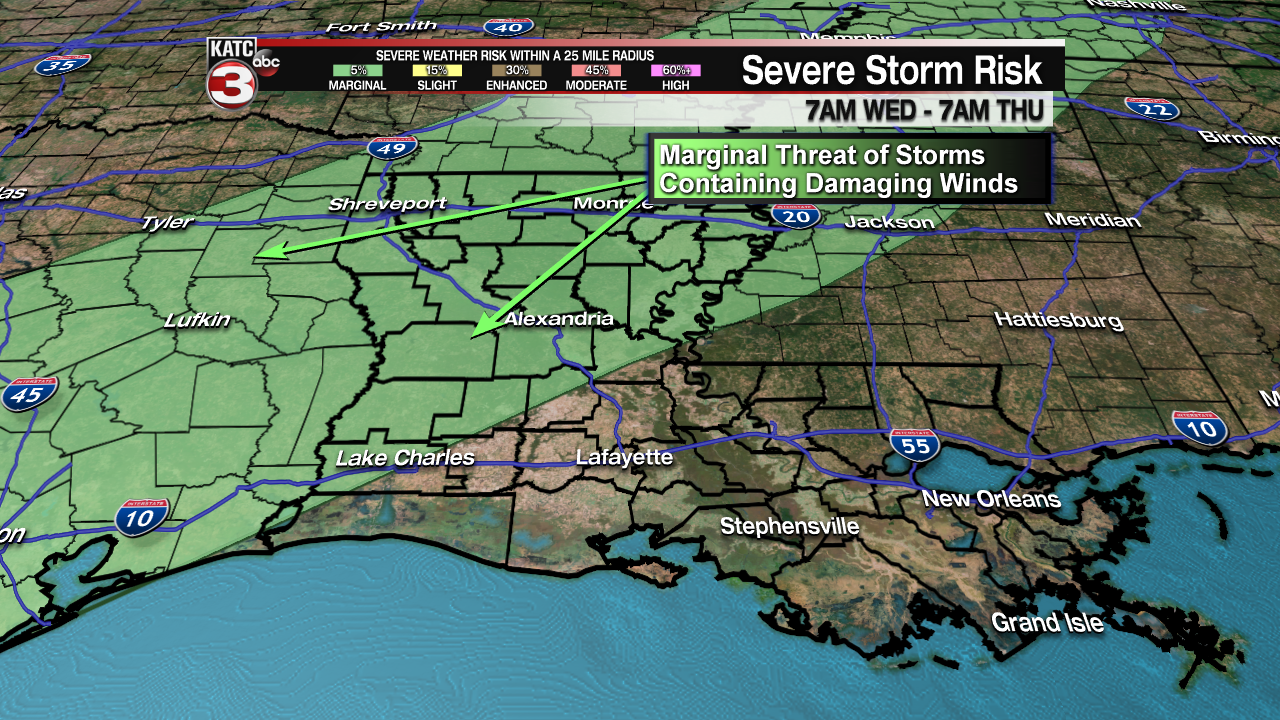 Clouds will be on the increase for Acadiana over the next couple of days, along with a return of scattered showers and a few storms as a warm front moves northward through the region into Wednesday.

A strong cold front will arrive Thursday morning, followed by a winter chill for Hallowen/Thursday evening.

After a start near 60 degrees, look for temperatures to rise into the low to mid-70s Tuesday with the risk of a few passing showers at 30%.

Rain chances look to be higher (near 60%) into Tuesday evening and night as the warm front begins to make ground northward.

A few embedded thunderstorms will be possible Tuesday night.

Wednesday will bring a return to temperatures flirting with the low 80s and a pretty good chance (50%) of scattered showers and a few storms.

Rain chances will likely ramp up again Wednesday night into early Thursday morning with the risk of a few strong storms ahead of a cool front that should arrive after midnight followed by some over-running rains into Thursday morning.

Although the Storm Prediction Center has northwestern portions of Acadiana hatched in for a marginal risk of an isolated severe storm between Wednesday and Thursday mornings, it appears that most of us will miss out on any severe weather windows farther southeast, but a few storms could produce some damaging winds.

The front and lower level dynamics should out run out ahead of most of the severe weather parameters into Thursday morning, so it is doubtful at this time whether there will be any strong storms beyond very early Thursday morning.

Nonetheless, the last couple of fronts in Acadiana have produced a couple of isolated severe storms, and we weren't hatched in for a marginal risk those times...so we'll be watching closely for any changes.

The rains should taper midday Thursday with breezy, and dare we say, "colder" conditions into Thursday afternoon.

Temperatures will likely drop into the lower 50s in time for Halloween Trick or Treating, but there will also be a wind chill factor as well.

After another brief warm up is expected by next Tuesday, but another front will be on the way shortly after bringing our temperatures back to below normal for the latter part of next week.