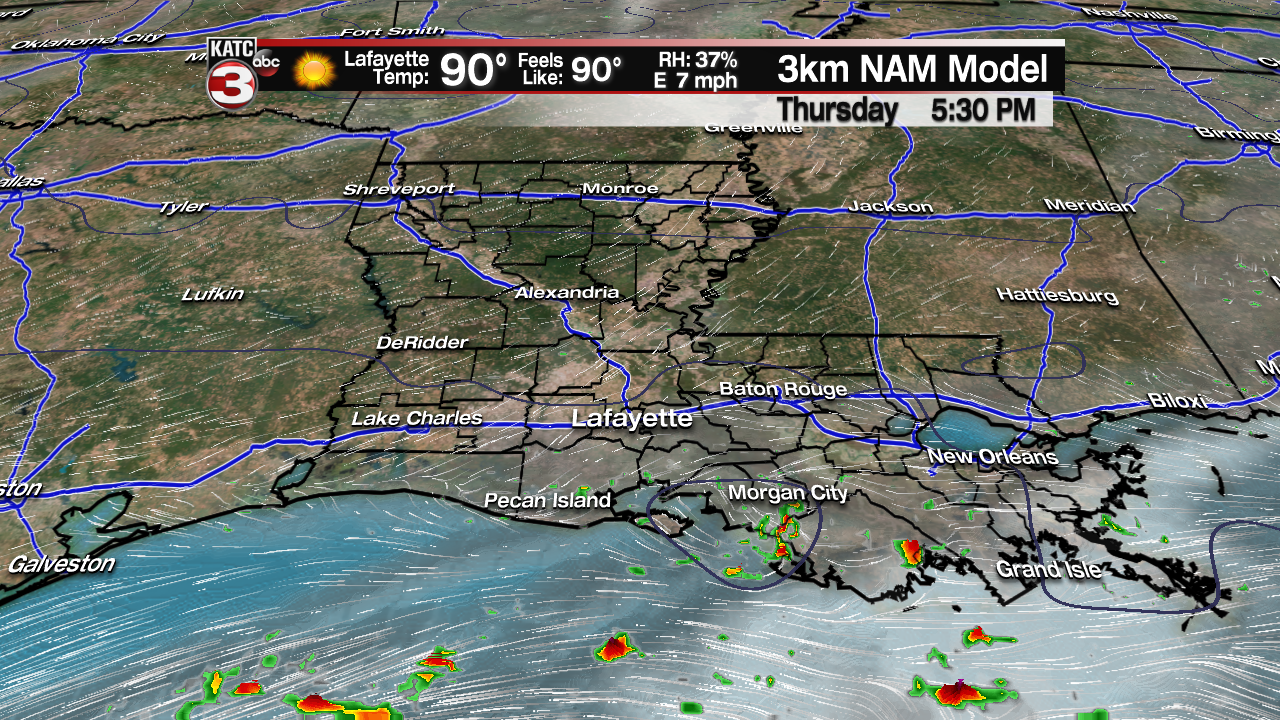 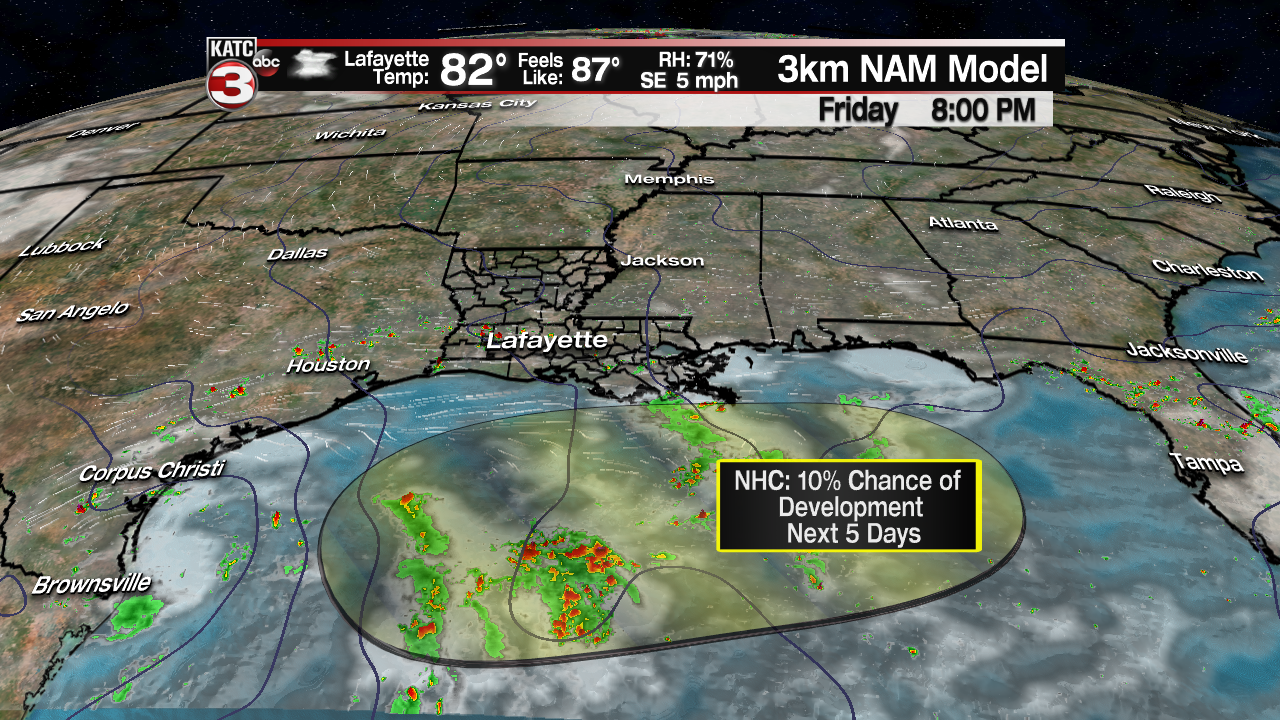 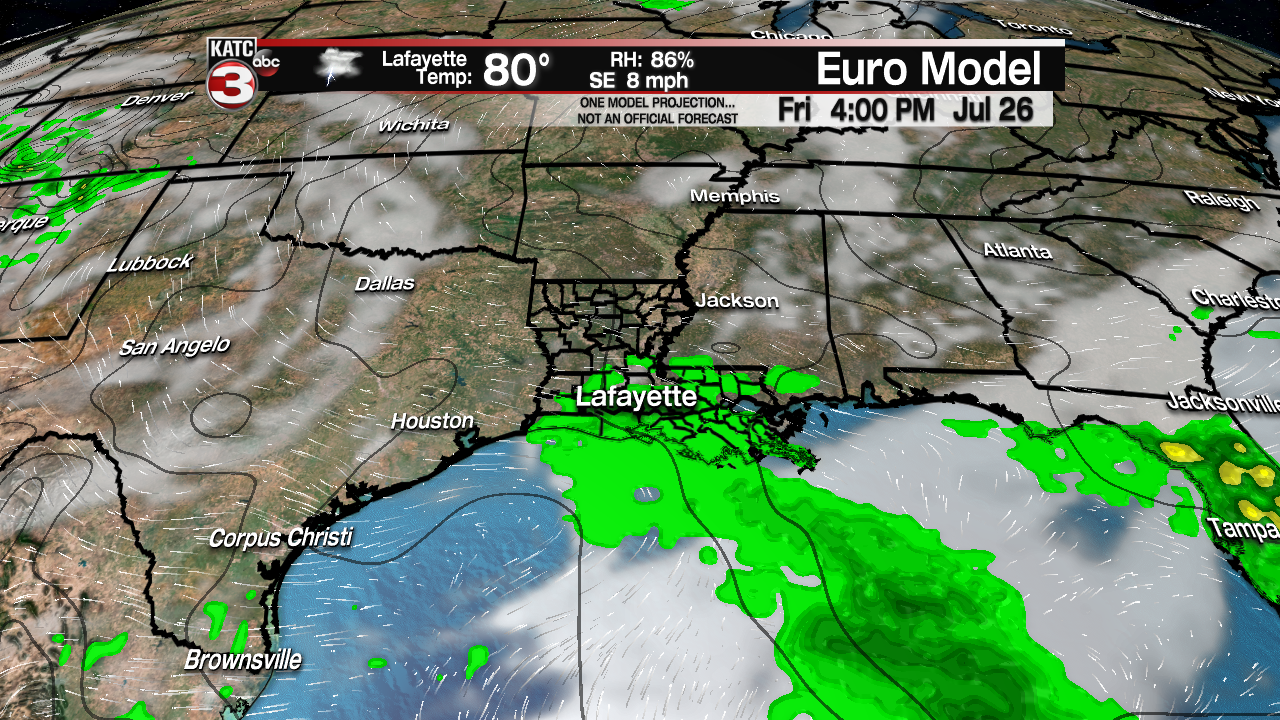 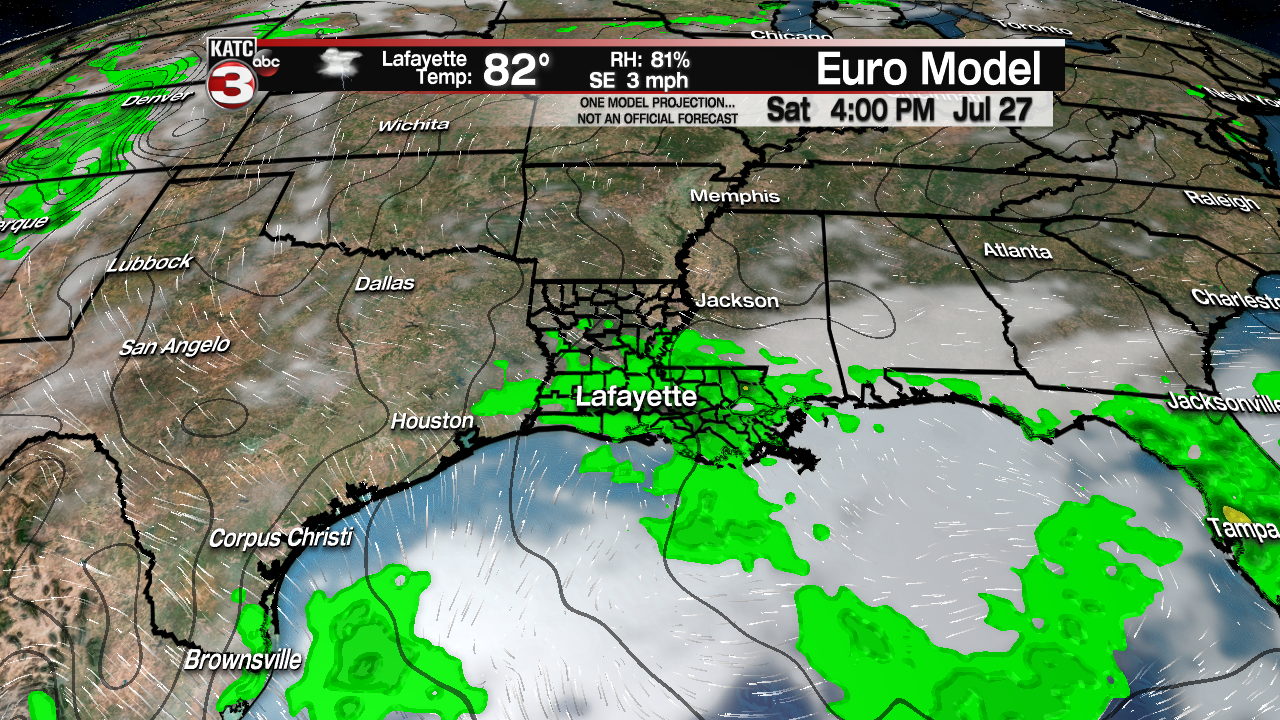 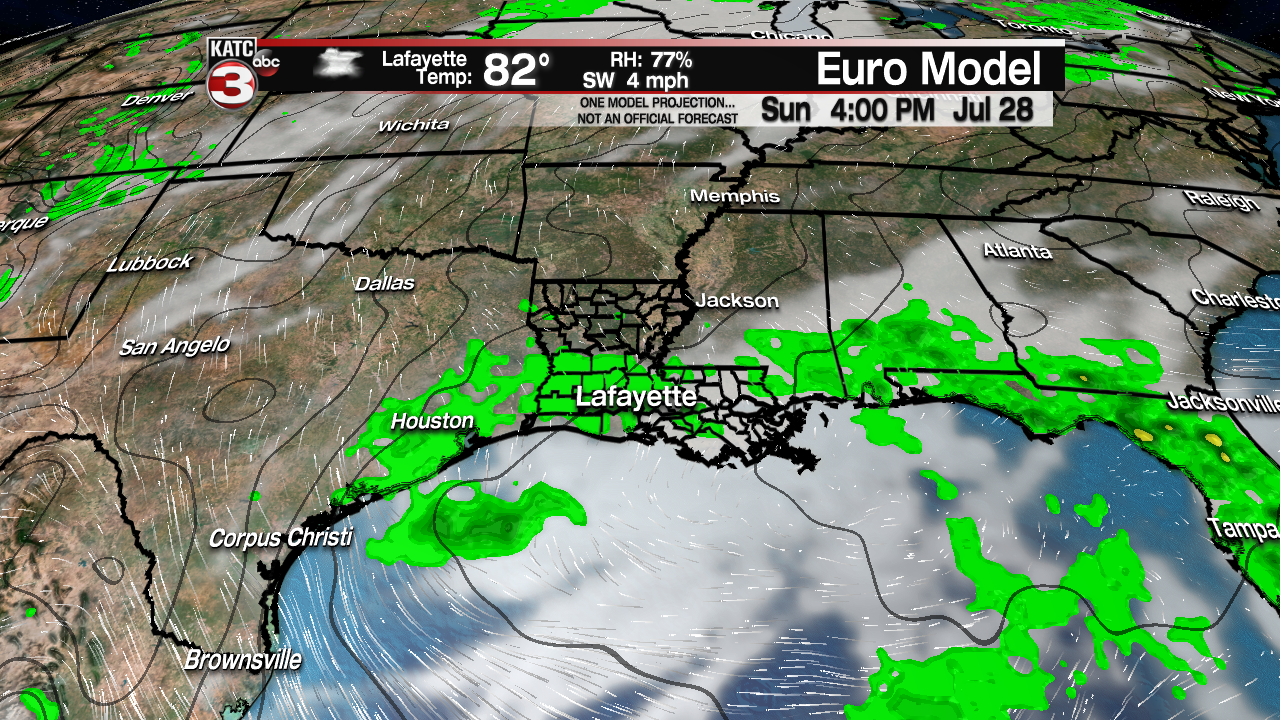 After one more cool morning and sunny and comfortable afternoon for Acadiana, the reality of our typical summer weather pattern will return by Friday afternoon, and continue into the weekend, along with an increasing chance of scattered storms.

In the near term, temperatures Thursday morning will challenge readings last seen in the area since mid-May with lows ranging from the low to mid 60s.

Expect plenty of sunshine with a few scattered clouds into Thursday afternoon with highs reaching the upper 80s.

Although Thursday afternoon temperatures will be similar to Wednesday's readings, lighter northeast winds will translate to feeling a little hotter, especially in the sun.

On Friday, Acadiana will see an increase in humidity, clouds, and eventually the chance of scattered showers and a few storms, especially for the latter part of the afternoon, and perhaps, into the early evening.

Rain chances should increase to the 30%-40% range late Friday and be back to a typical 40-50% chance of storms this weekend.

Overall, there appears to be little change in the pattern well into next week, other than a gradual increase in our highs and lows with the continued daily chance of storms as the week wears on.

In the tropics, while the National Hurricane Center (NHC) is indicating that a broad and weak area of low pressure may form along the nearly stationary frontal boundary in the Gulf of Mexico through Thursday, it feels that conditions are going to be rather hostile for tropical development, with odds of future development decreasing Wednesday afternoon to only 10%.

The NHC goes on to say: "Dry air and unfavorable upper-level winds, are likely to inhibit significant development during the next couple of days while the disturbance meanders near the northwestern Gulf Coast."