Not as hot chance of showers; Tropics relatively quiet for now 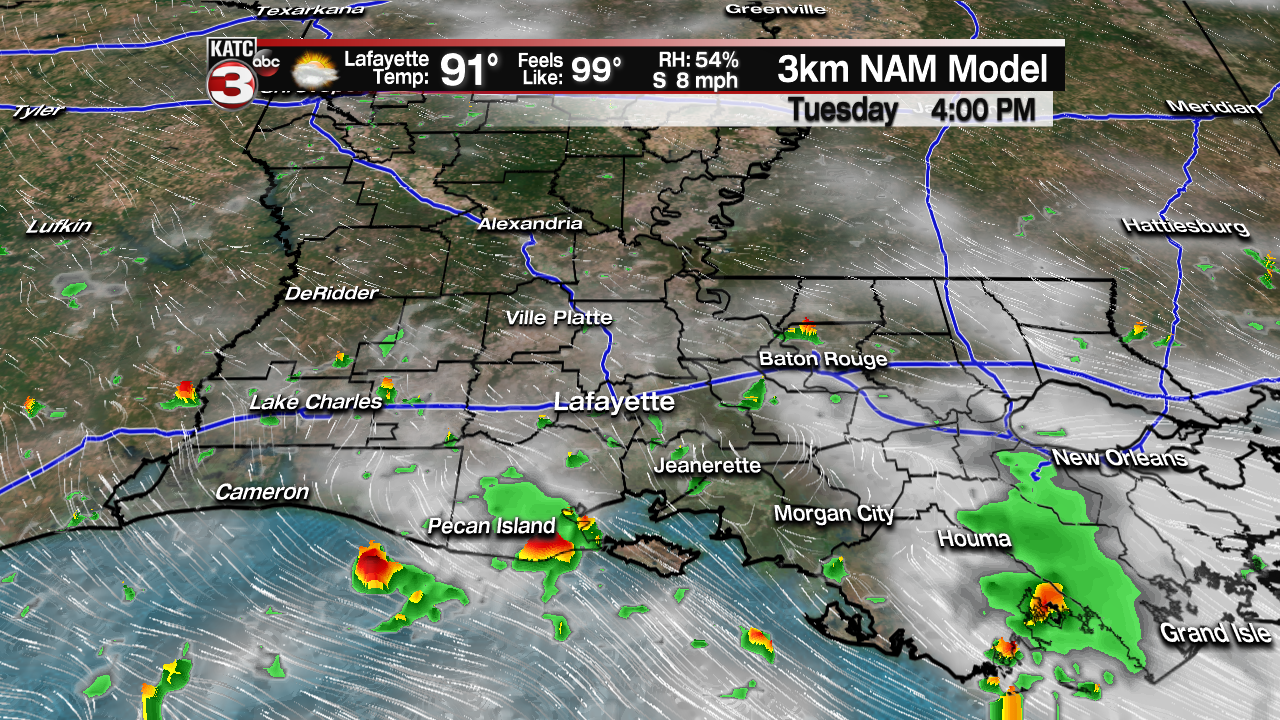 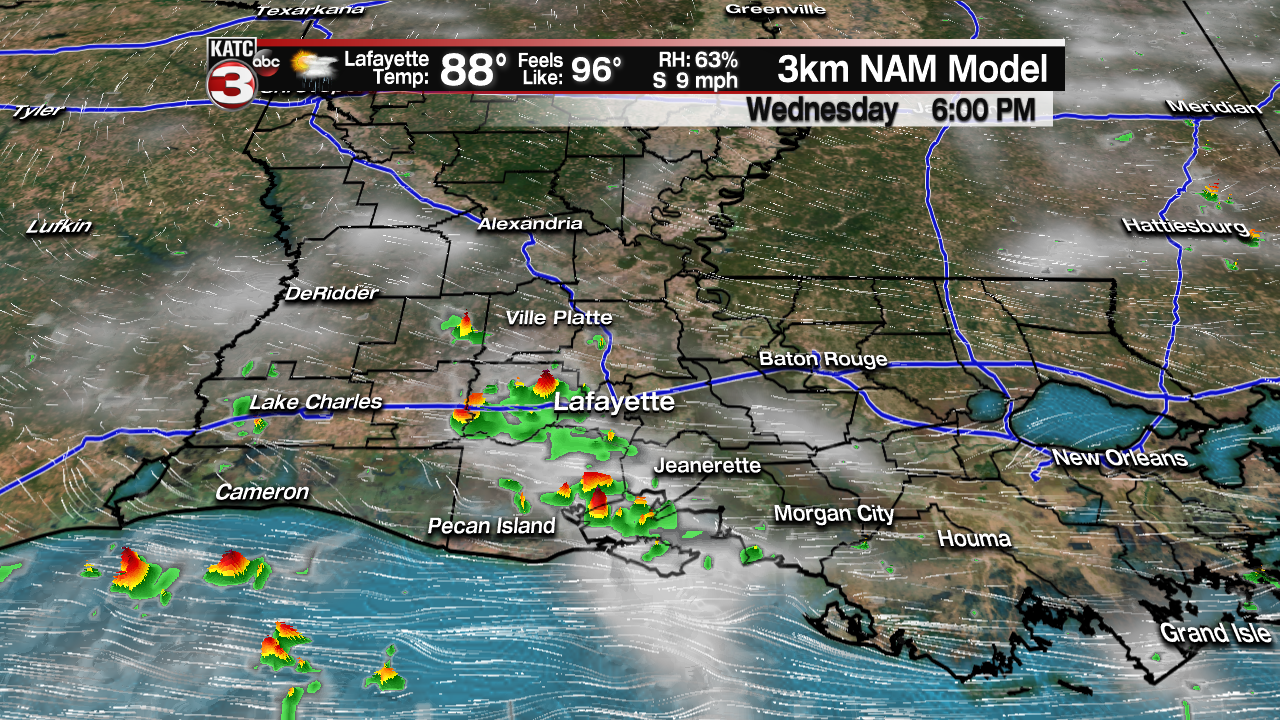 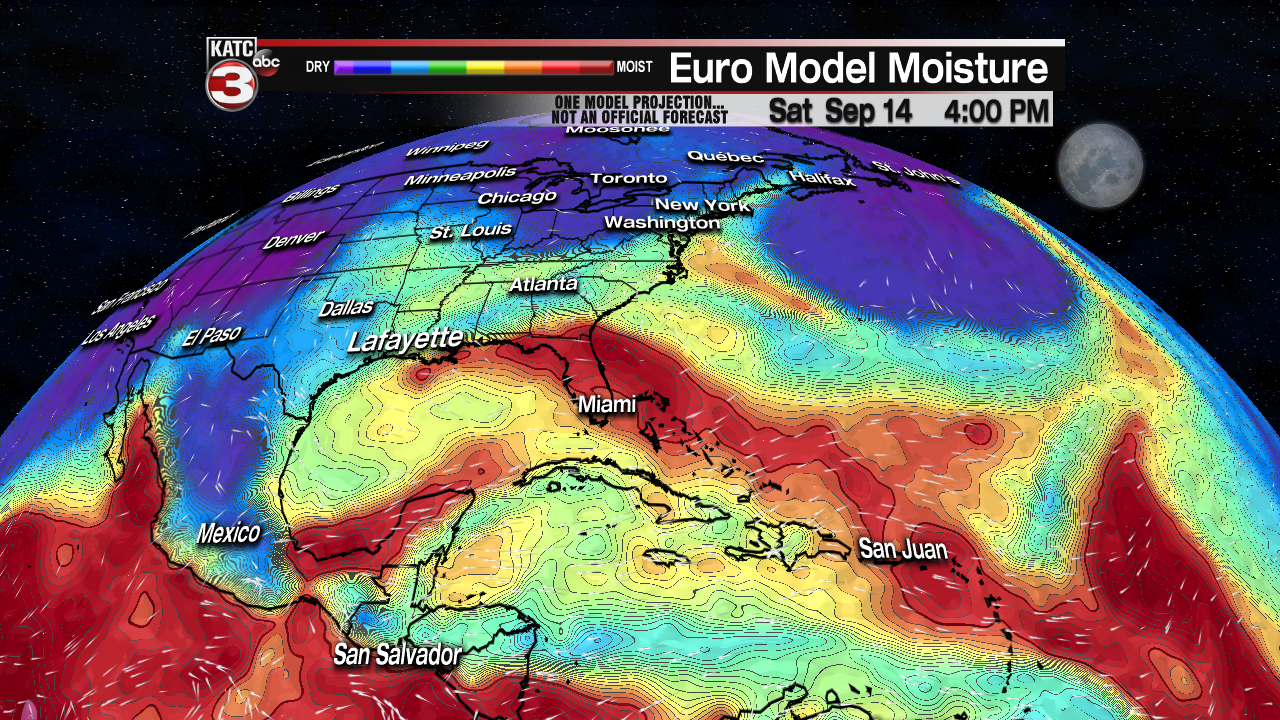 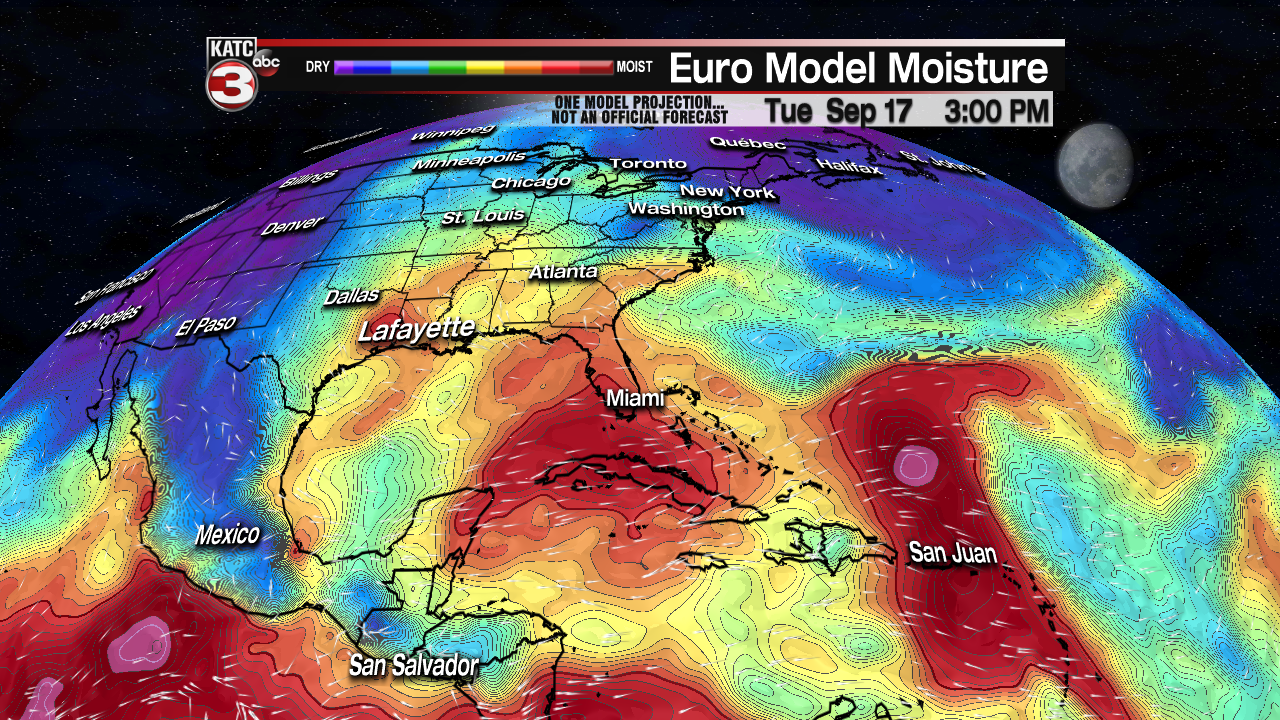 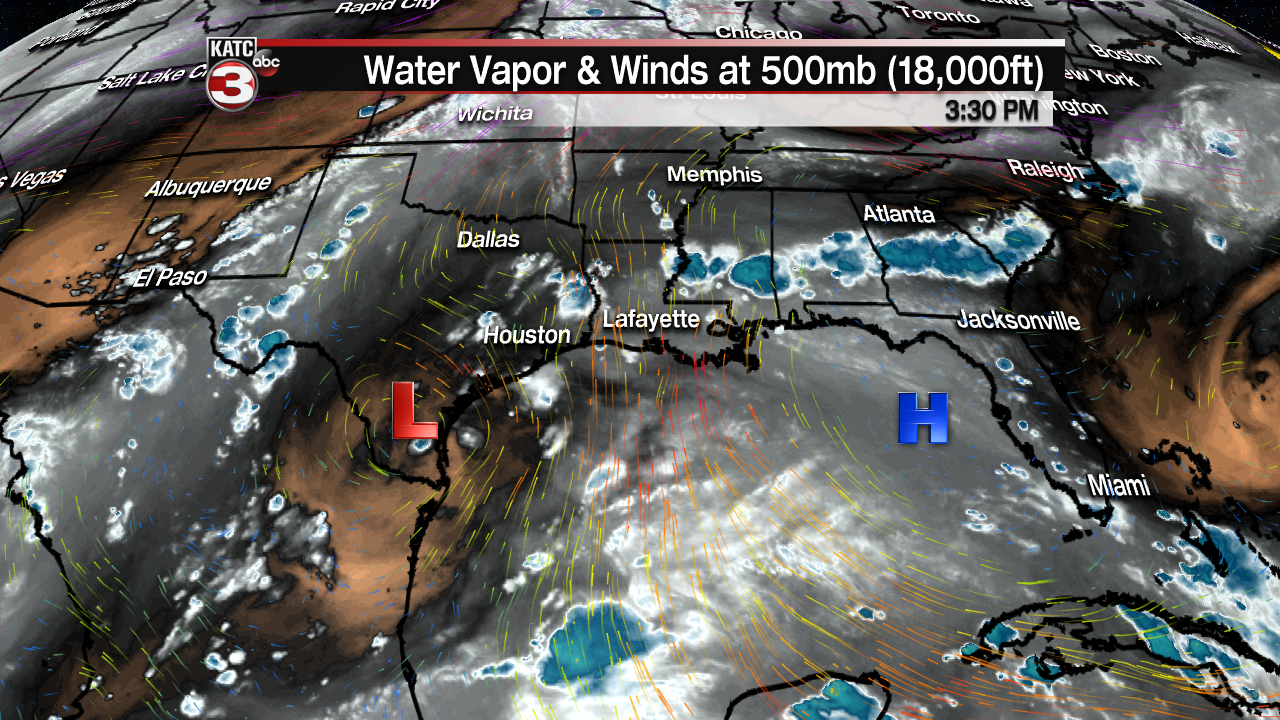 After several days of blistering late summer heat, Acadiana's weather pattern has been getting a little closer to normal with more clouds and some showers on the radar.

This trend will continue for the next couple of days with a slightly better chance of afternoon storms developing Tuesday and especially into Wednesday as deeper Gulf moisture continues to shuttle into the area.

Look for daytime highs to top out closer to the lower 90s through Wednesday while night time lows stay in the rather "soupy" mid-upper 70s.

Rain chances look to decrease a little for Thursday/Friday with high pressure developing ahead of a tropical wave and upper low (See tropical briefing below) that will likely bring a better chance of tropical showers and thunderstorms to the area by the latter part of the weekend.

With more sunshine Thursday and Friday look for temperatures to climb back into the mid-90s...but after Saturday, daytime highs may struggle to reach 90 thanks to better rain chances that are expected.

Overall the weather pattern through the next 10 days will bring up and down rain chances for the first 5 days while the latter part of the period looks to be wetter than normal.

There is not much hope for a decent front in the next 10 days...and it may still be another week or two before we can entertain those thoughts!

Meanwhile in the tropics, it's the peak of hurricane season in the Atlantic Basin this week, but fortunately there are not many substantial threats at this time...

Tropical Storm Gabrielle in the North Atlantic will be heading northeastward and likely become a remnant low by midweek, while 3 tropical waves farther to the south are garnering some low-end attention.

Models are hooking on to the latter wave and something of note may develop by this weekend or early next week near, or north of the Northeast Caribbean...probably a system to watch.

A little closer to home, a weak tropical wave northeast of Hispaniola will likely get picked up by an upper low as it travels through the Bahamas later this week and should cross Florida by this weekend and perhaps deliver some increased moisture to the Northern Gulf Coast and Acadiana by later this weekend into early next week.

This disturbance has a low, 20% chance of tropical development over the next 5 days, but will still be monitored closely as the feature appears to be ear-marked for portions of the Gulf of Mexico.

For now, no major worries in the tropics, but that could certainly change next week...usually the peak of hurricane season for Louisiana continues at least through the first week of October, so we still have at least a solid month to go.