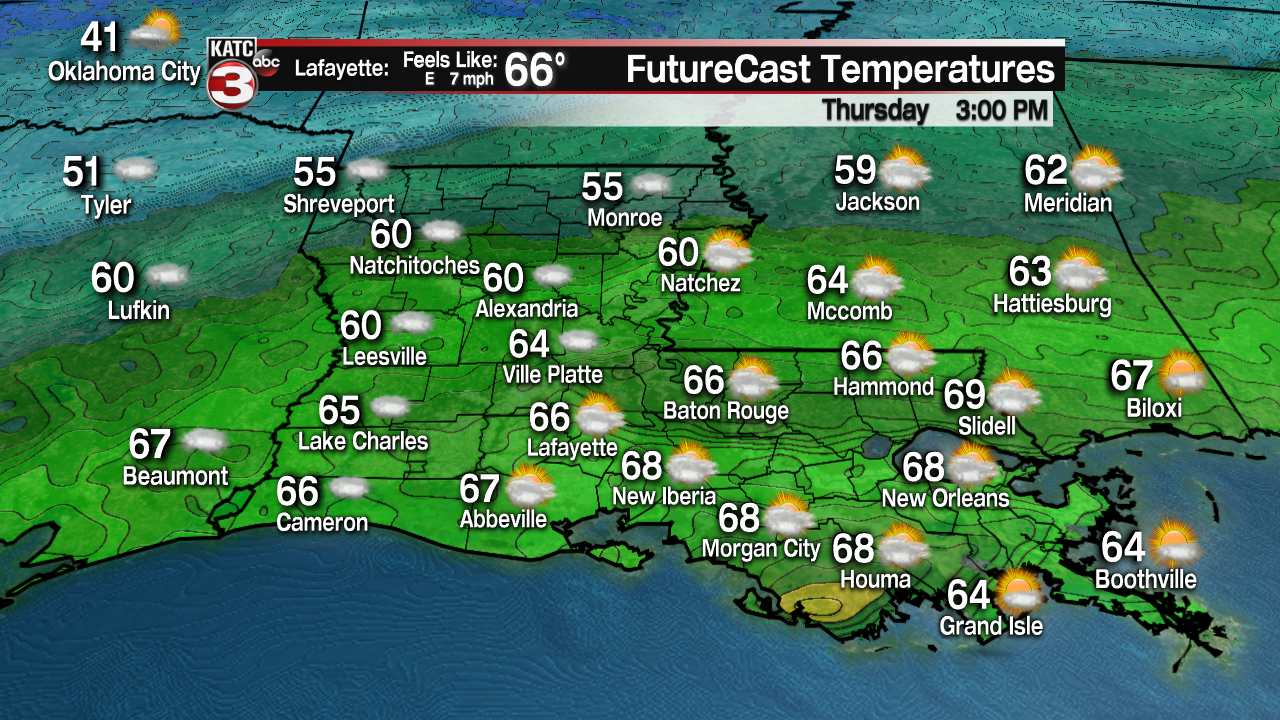 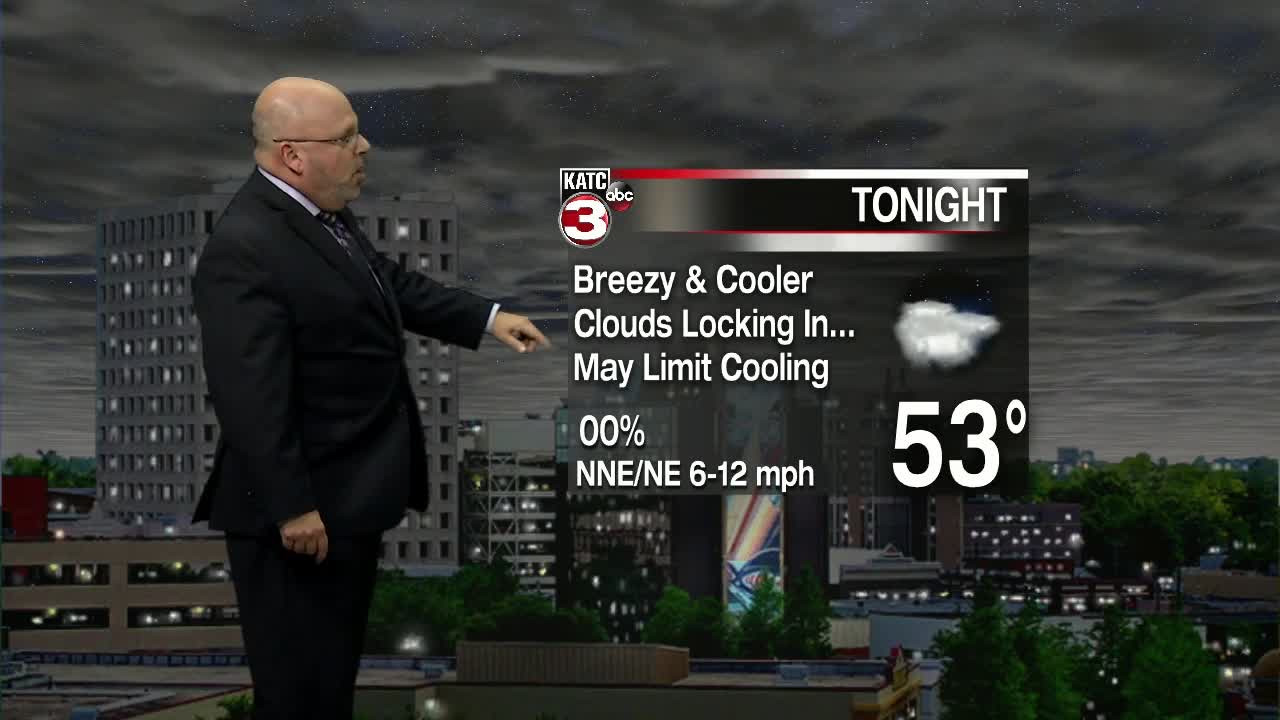 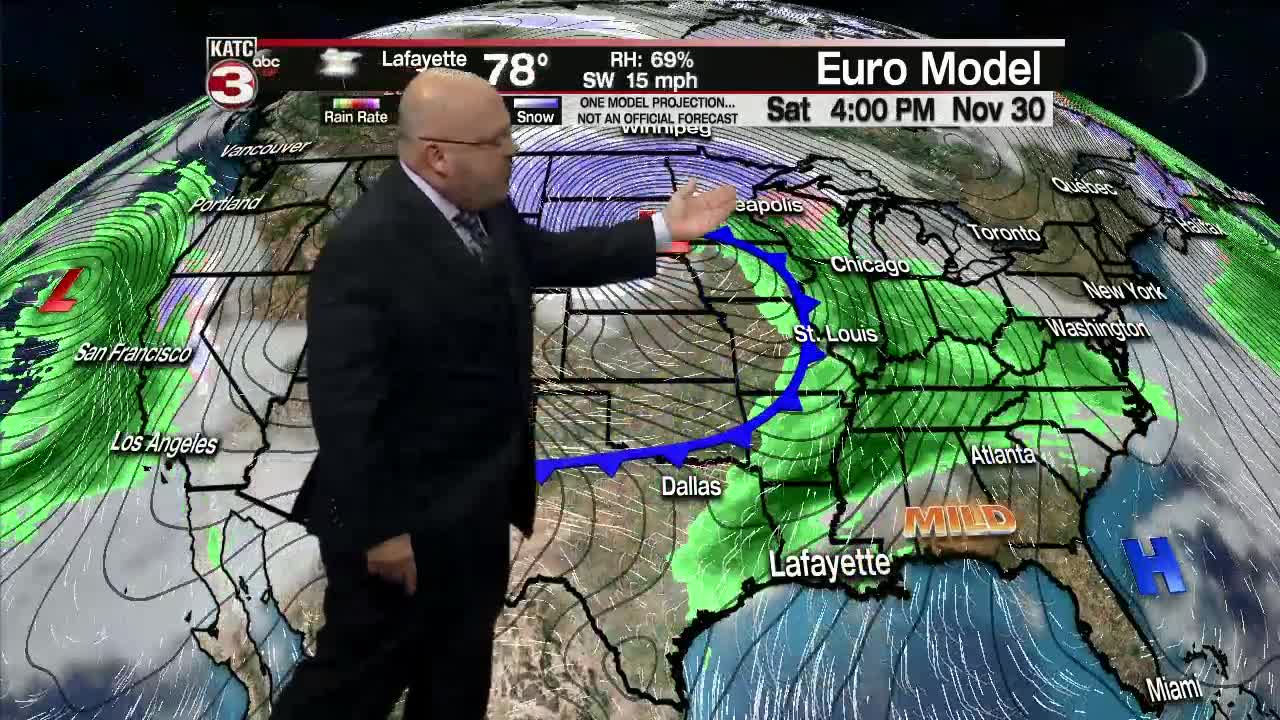 The weather for Acadiana's Thanksgiving will be fitting for the time of year with mostly cloudy skies accompanied by seasonable temperatures.

After a morning start in the lower 50s and some partial sunshine early, look for mostly cloudy skies accompanied by temperatures in the mid-upper 60s for our Thursday afternoon.

Temperatures will drop back into the mid-, to possibly lower 50s Friday morning with a little more sun expected for our Friday bringing the mercury up into the low-mid 70s Friday afternoon.

It will be even warmer Saturday as southeasterly to southerly winds freshen from the Gulf of Mexico allowing temperatures to rise into the upper 70s under partly to eventually mostly cloudy skies.

Showers and storms are expected late Saturday afternoon and/or evening as a strong front pushes through the area.

Wind dynamics aloft with this system could be favorable for severe weather, and the Storm Prediction Center has nearly the entire state and all of Acadiana under a "slight" risk of severe storms with the aforementioned system.

I would suspect that the threat could be a little lower, to the "marginal" level, especially for southern portions of Acadiana/Louisiana but we'll see...the event is still a solid three days away and changes to this forecast are probable.

Thereafter, Acadiana will be the recipient of a nice, breezy and cooler Sunday followed by a secondary surge of cooler air coming in for early next week.

Much of next week looks quiet and eventually a little milder until our next weather-maker arrives, in the form of mostly a rainy system by late Thursday night into early Friday...which could set us up for another nice and seasonably cool weekend to follow.