More pleasant into weekend but new depression forms in Gulf 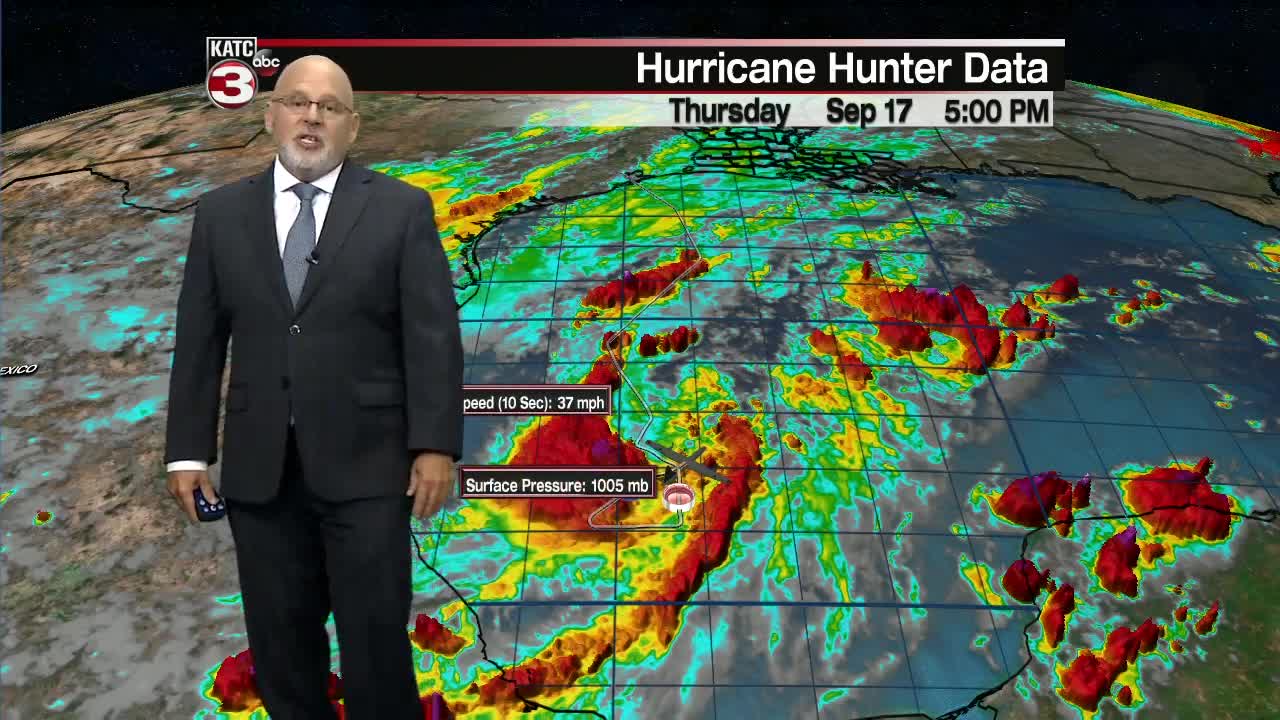 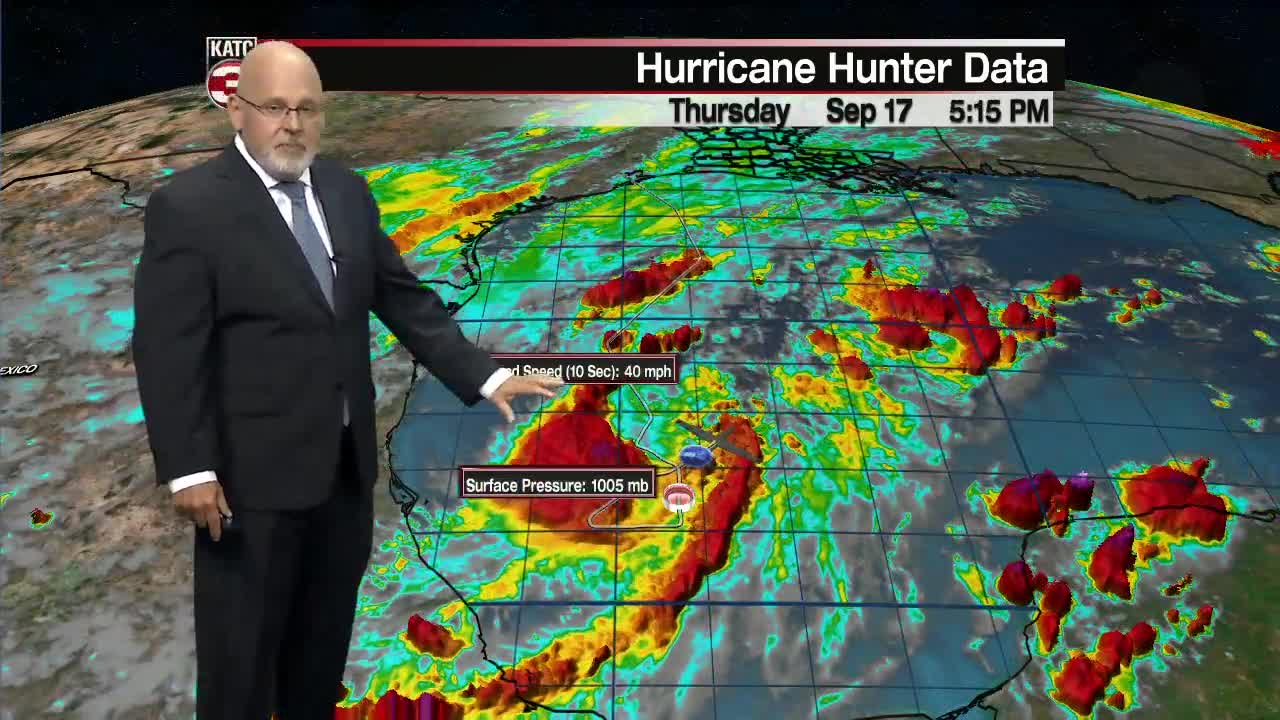 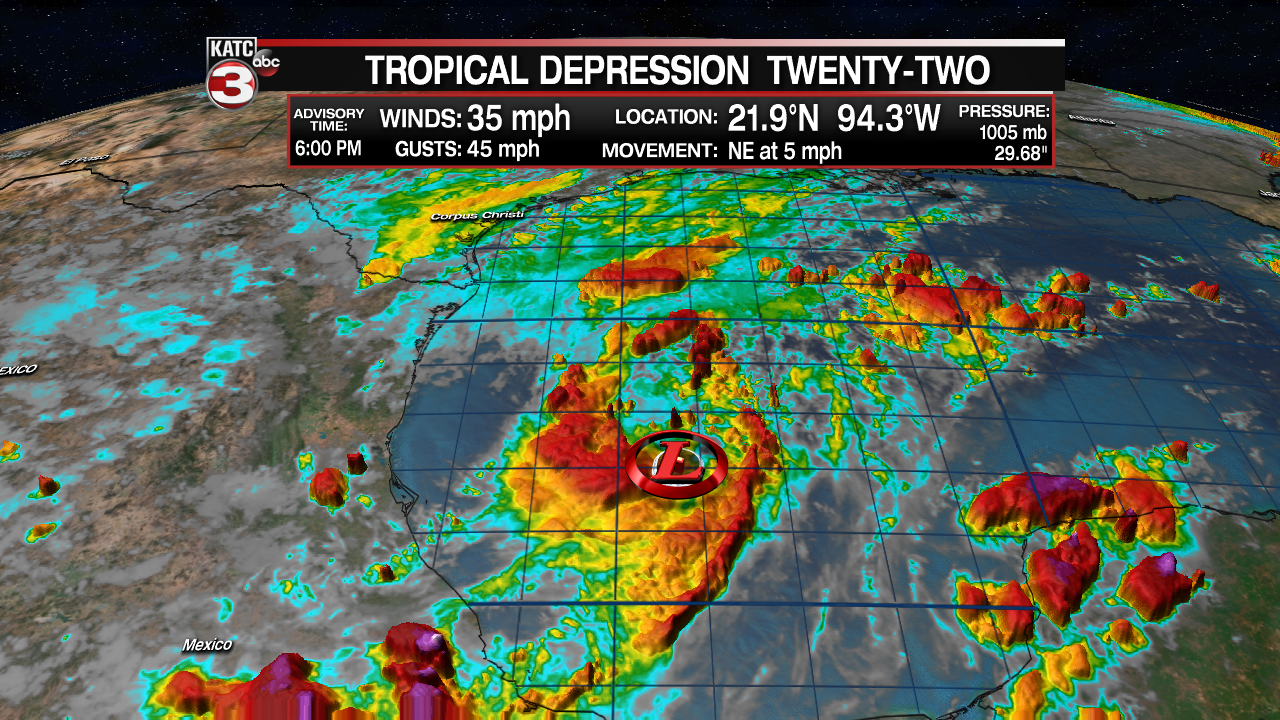 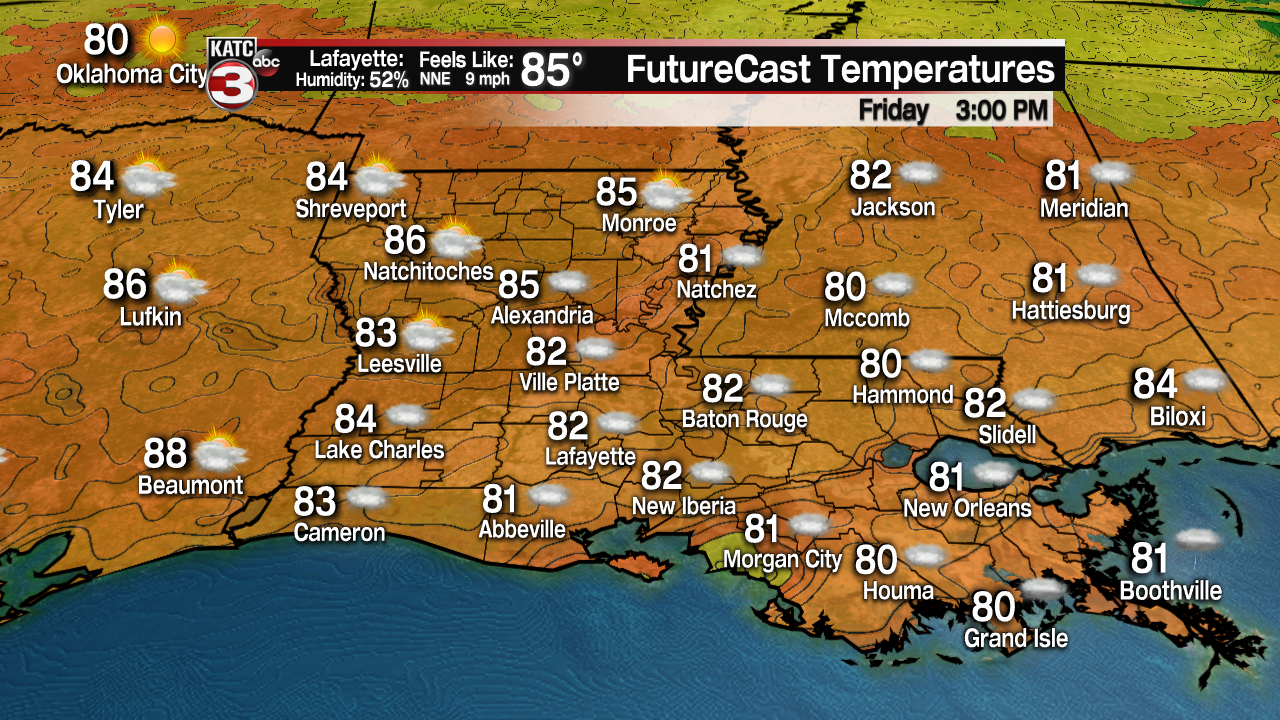 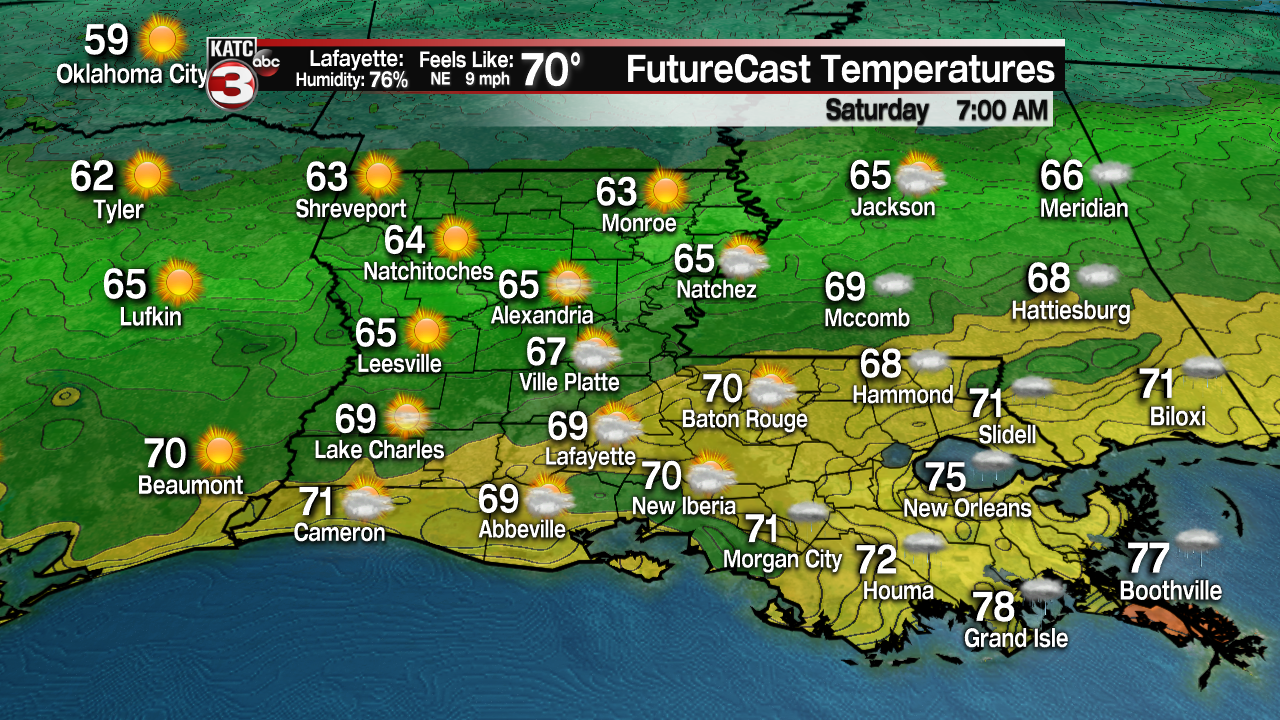 While a cool front will bring some relief to Acadiana's long summer heat into the weekend, there appears to be more trouble brewing in the Gulf of Mexico that could have some impacts on our area into next week.

In the near term, expect temperatures Friday to top out closer to the mid-80s accompanied by a nice northeast breeze under mostly cloudy skies.

Rain chances overnight into Friday will stay in the 10% range.

With any luck, we'll see more sunshine Saturday along with temperatures topping out in the mid-80s after a morning start in the upper 60s.

A nice breeze and comfortable humidity will continue Saturday and likely carry into Sunday...with breezy conditions a good bet into next week depending on Gulf developments...

A few showers will be possible Sunday as some tropical moisture could spread northward from a potential developing tropical system.

The chance of tropical showers could increase further into next week and consult the KATC 10 Day forecast for the latest.

A broad area of low pressure has developed in the Southwestern Gulf of Mexico and as of late Thursday afternoon with the National Hurricane Center (NHC) upgrading the system to Tropical Depression #22 given findings of the Hurricane Hunters early Thursday evening.

The NHC is forecasting this system to become a tropical storm Friday heading northward initially but then getting shunted westward by high pressure temporarily building on the Northern Gulf Coast.

That ridge may continue to push the system westward toward the Texas Coast before steering currents could collapse.

Thereafter, a run to the east or northeast would be possible into next week.

It remains was to soon for any speculation as to final intensity or forecast track, but there is high confidence that there will be a tropical storm, and perhaps a hurricane, meandering in the Gulf of Mexico for more than 5 days with at least some impacts along the Texas and Louisiana coasts primarily in the form of elevated tides, and perhaps some tropical showers.

The next and last name on the Atlantic list (before delving into the Greek alphabet) will be "Wilfred".

This system will allow for breezy conditions in Acadiana well into next week thanks to the pressure gradient between high pressure to our northeast and low pressure to our south, and will also allow for initially minor coastal tides of 1-2 feet above normal into this weekend.

Tides could increase significantly next week depending on the intensity and position of our potential storm, and there could be a prolonged event of some coastal inundations especially along Cameron and Vermilion parishes.

The GFS model has had most difficulty in nailing down a definitive system, while the Euro along with the tropical models have consistently shown a system drifting northward Friday and then westward toward the Texas Coast by the end of the weekend...followed by a potential stall right near the Texas coast and then an eventual trek to the northeast, with some Louisiana impacts possible by mid-next week.

It must be stressed however, that a developing system is usually poorly modeled leading to varied forecasts...so the bottom line, while enjoying the nicer temperatures this weekend, stay apprised of potential developments.

Elsewhere in the Atlantic Basin, the main player appears to be major Hurricane Teddy with 140 mph wind which could threaten Bermuda by early next week, and potentially be a close call for New England and especially into the Canadian Maritimes down the road.