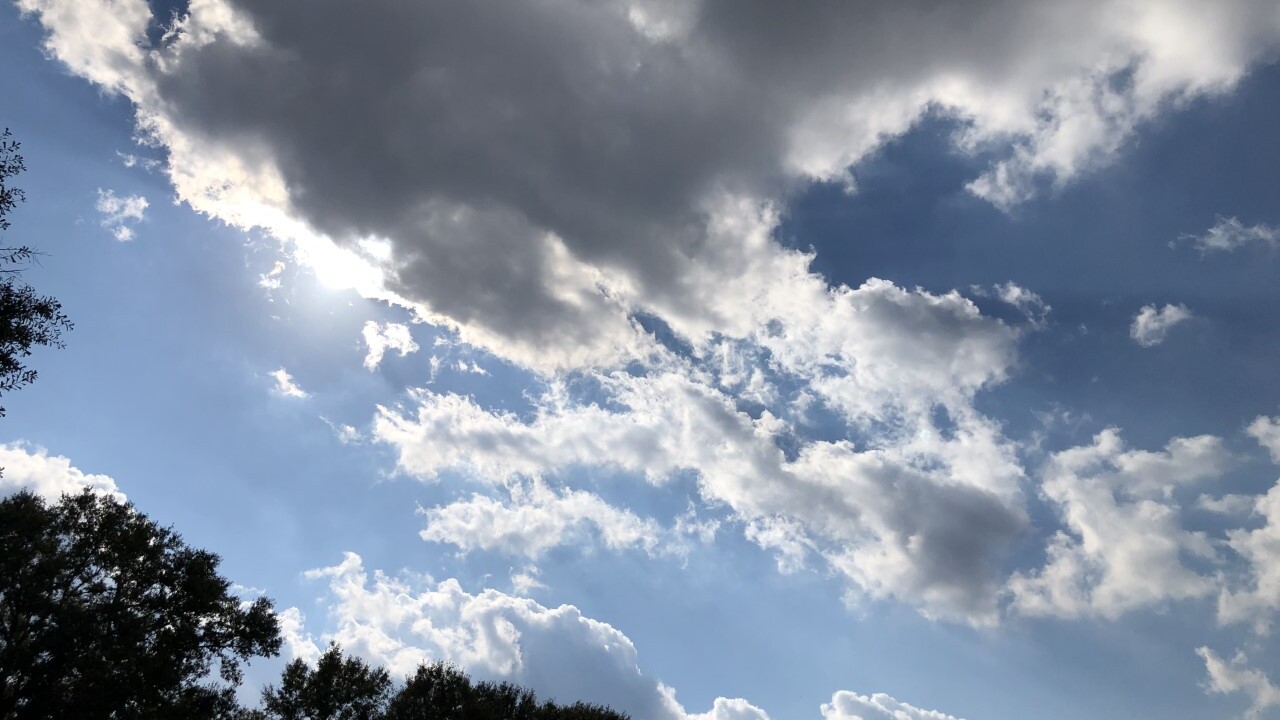 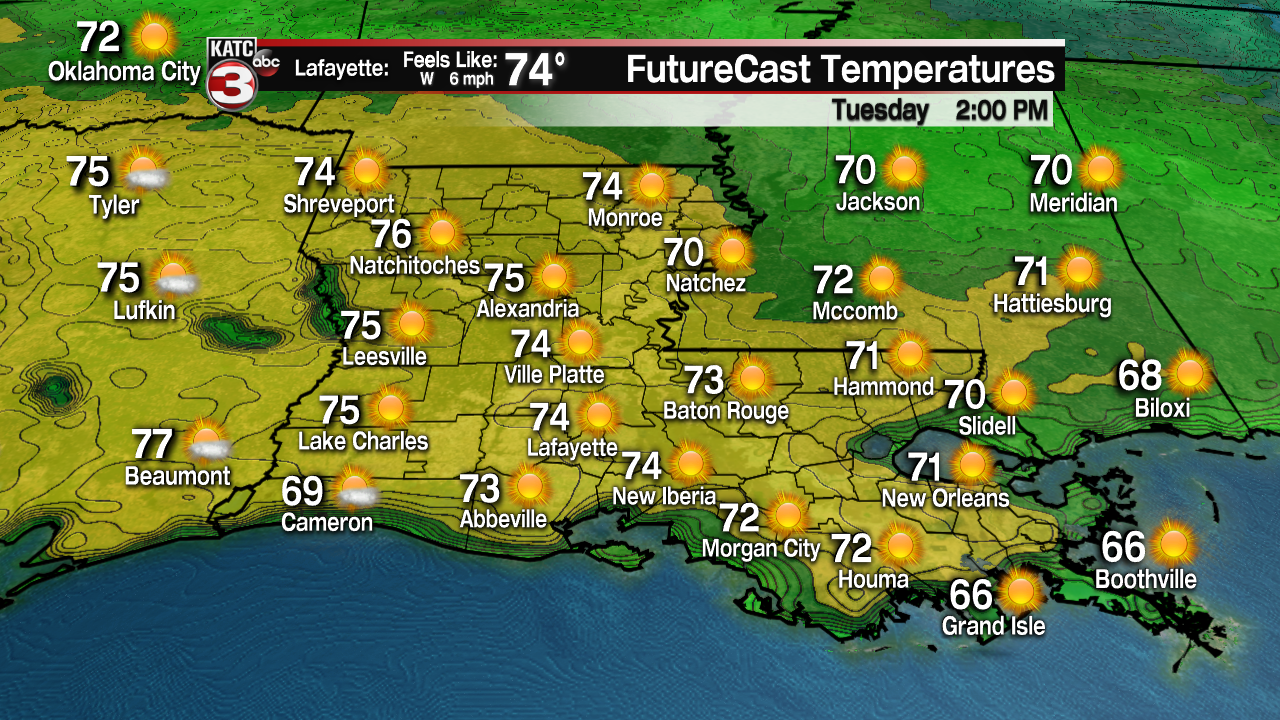 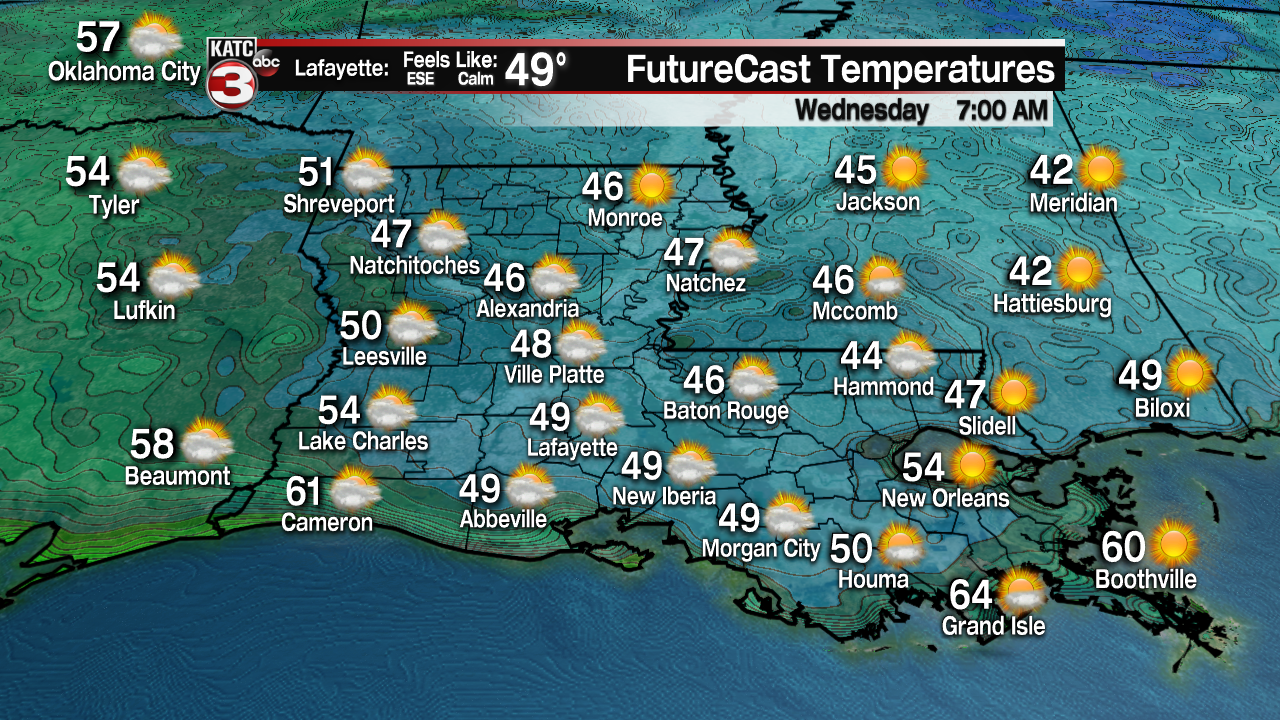 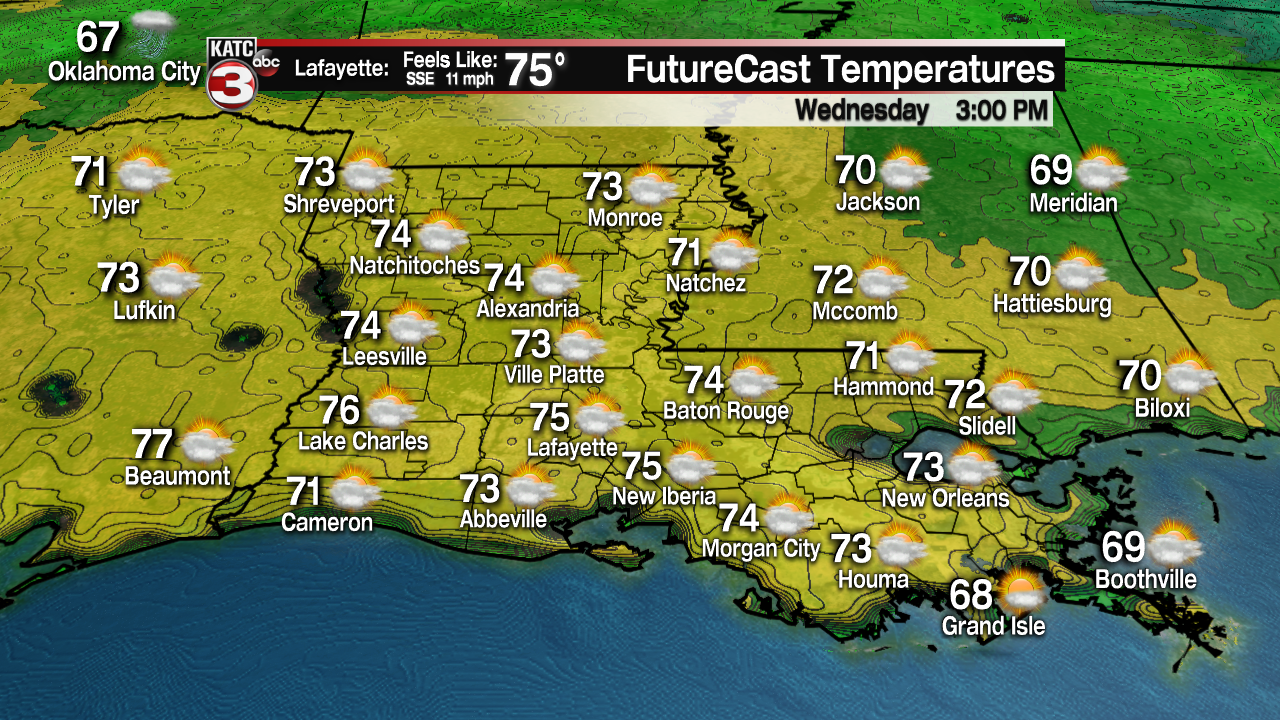 Seasonably mild weather is on tap for Acadiana over the next several days, but a frontal system arriving late Friday will bring the chance of showers and possibly a few storms before the week is done.

After any morning fog burns off quickly, look for more sunshine and temperatures rising into the balmy mid-70s for the afternoon.

More of the same is anticipated Tuesday night into Wednesday morning with a slightly better chance of patchy early morning fog along with lows closer to the upper 40s to lower 50s.

Wednesday will bring more fair skies, accompanied by a little more in the way of high cirrus clouds, with highs pushing back into the mid-70s.

Clouds will begin to increase Thursday along with a freshening wind from the Gulf of Mexico...but the day should generally be dry with highs in the mid-upper 70s.

A frontal system will head for the area late Friday allowing for scattered showers, and possible a few thunderstorms later Friday afternoon into Friday night.

Severe storms are not anticipated at this time with the Friday/Friday night weather system...but that could change.

At this time, rain totals with our late week weather-maker are expected to be in the 1/3-1/2 inch range.

The system will exit the area early Saturday with any lingering showers end very early in the day and skies clearing for the afternoon.

It will be markedly cooler this weekend with highs in the upper 50s to lower 60s while night-time/morning lows drop into the chilly upper 30s.

Another nice day is expected for next Monday as temperatures moderate our ahead of a front that will likely bring a good chance of storms to the area next Tuesday...and there appears to be somewhat of a signal for perhaps the risk of a severe storms and heavier rainfall...stay tuned.

Looking farther down the road, and although it's at the end of the time period where an accurate forecast can be made, next Wednesday could see a return of fair and cooler than normal conditions that should carry us into Thanksgiving...but a changeable pattern means we'll probably see some sort of chance of rain during the latter half of the Thanksgiving break.

For now, consult the KATC 10 Day Forecast for the latest.