Hottest weekend of the summer 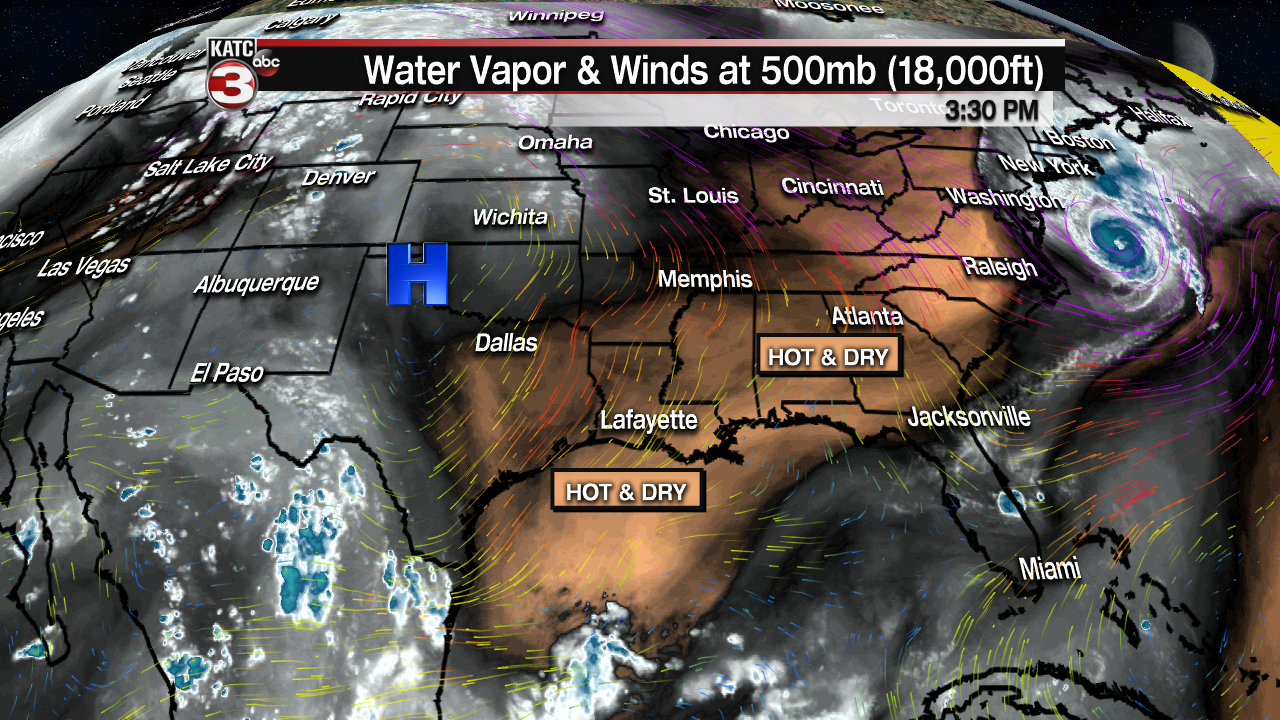 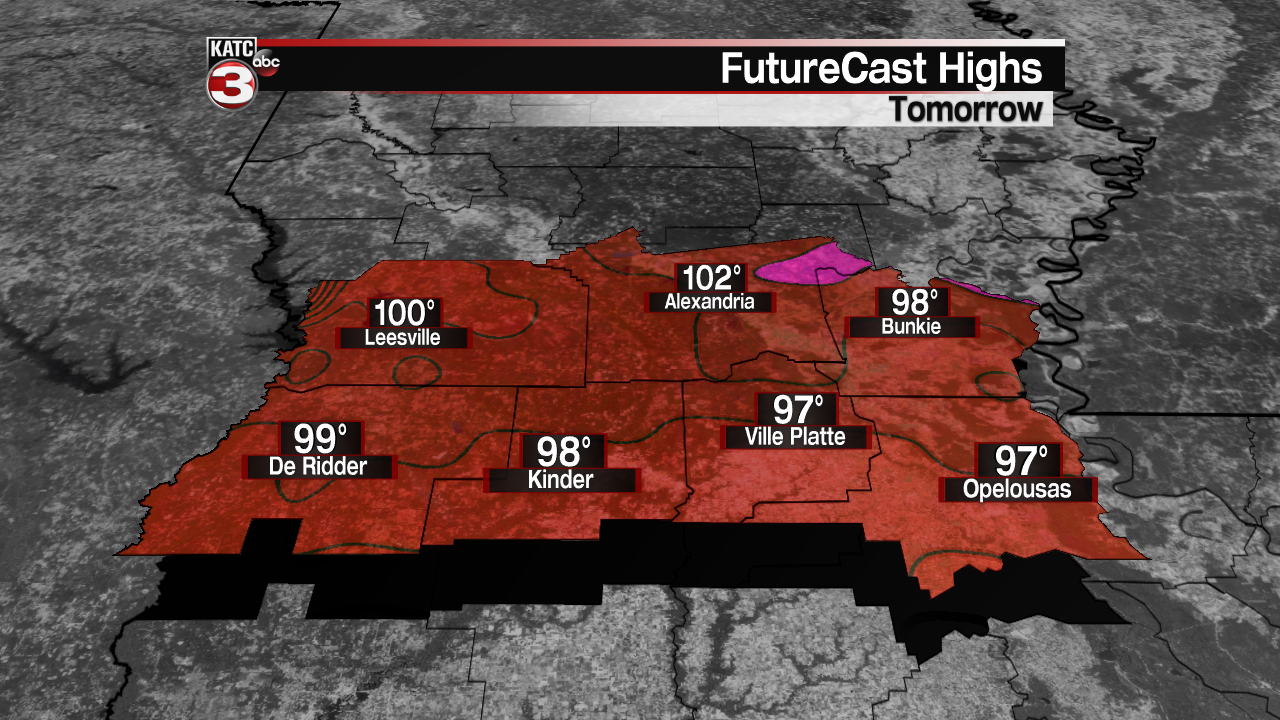 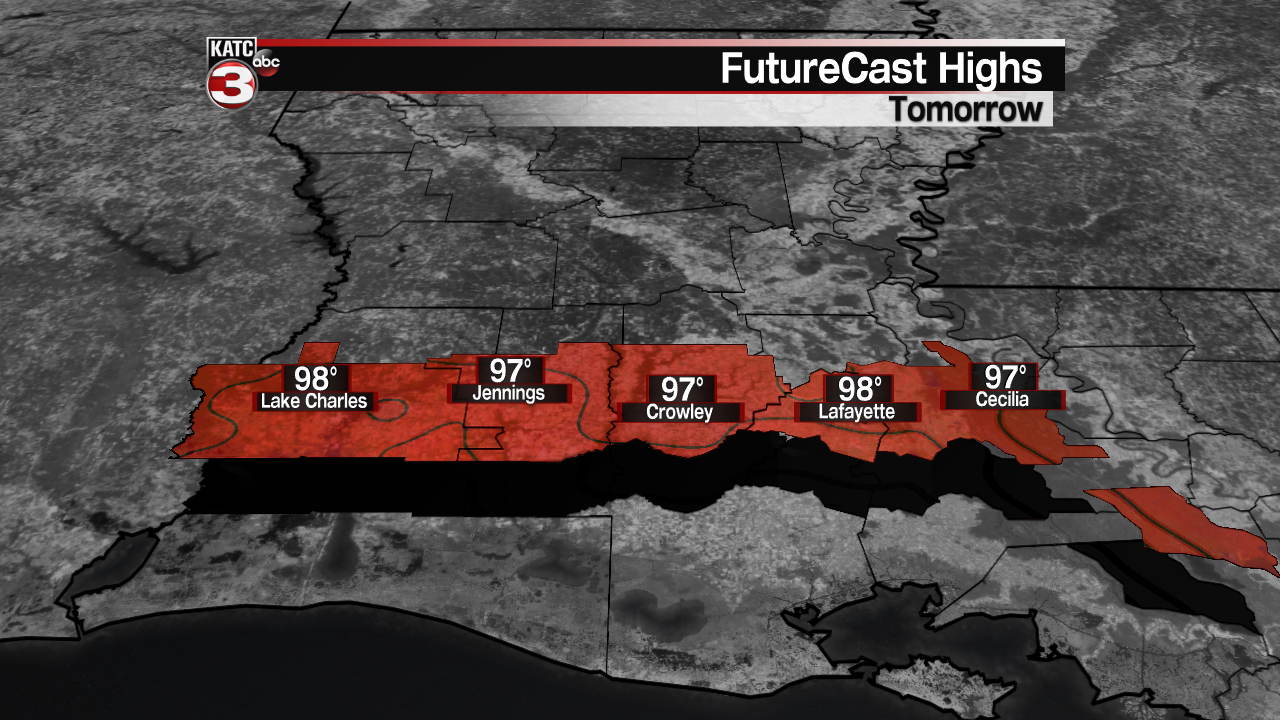 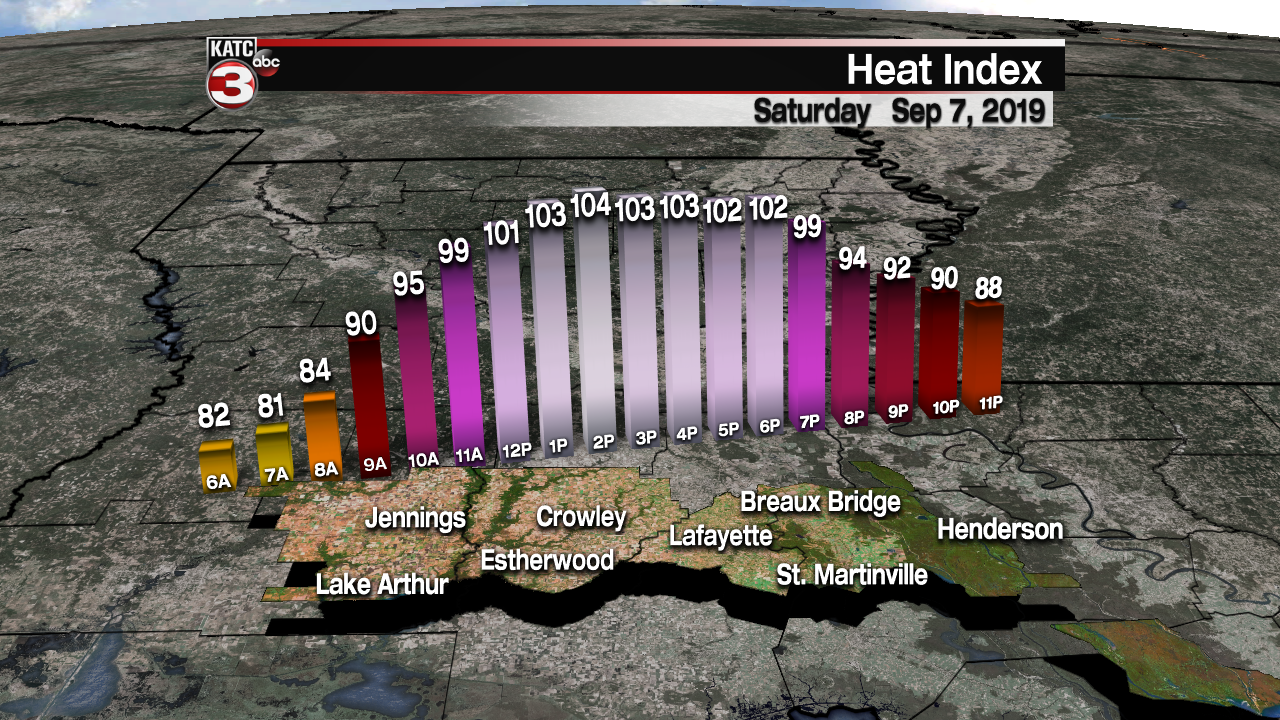 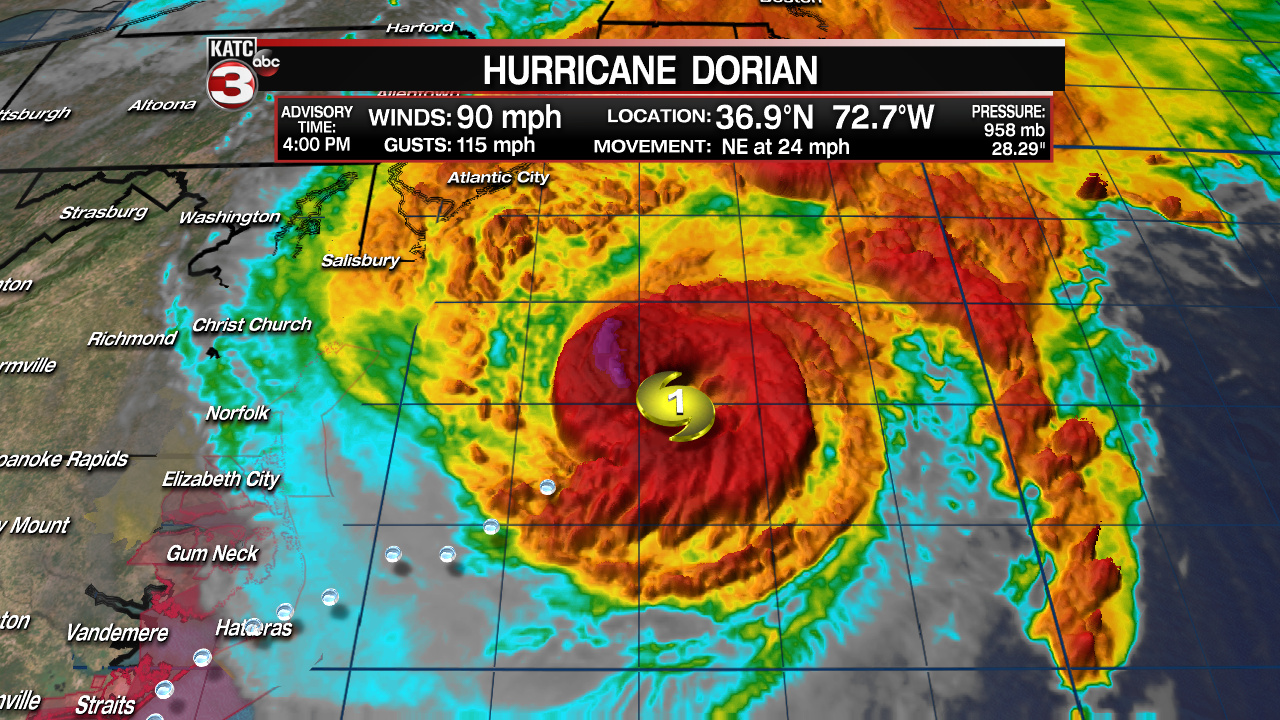 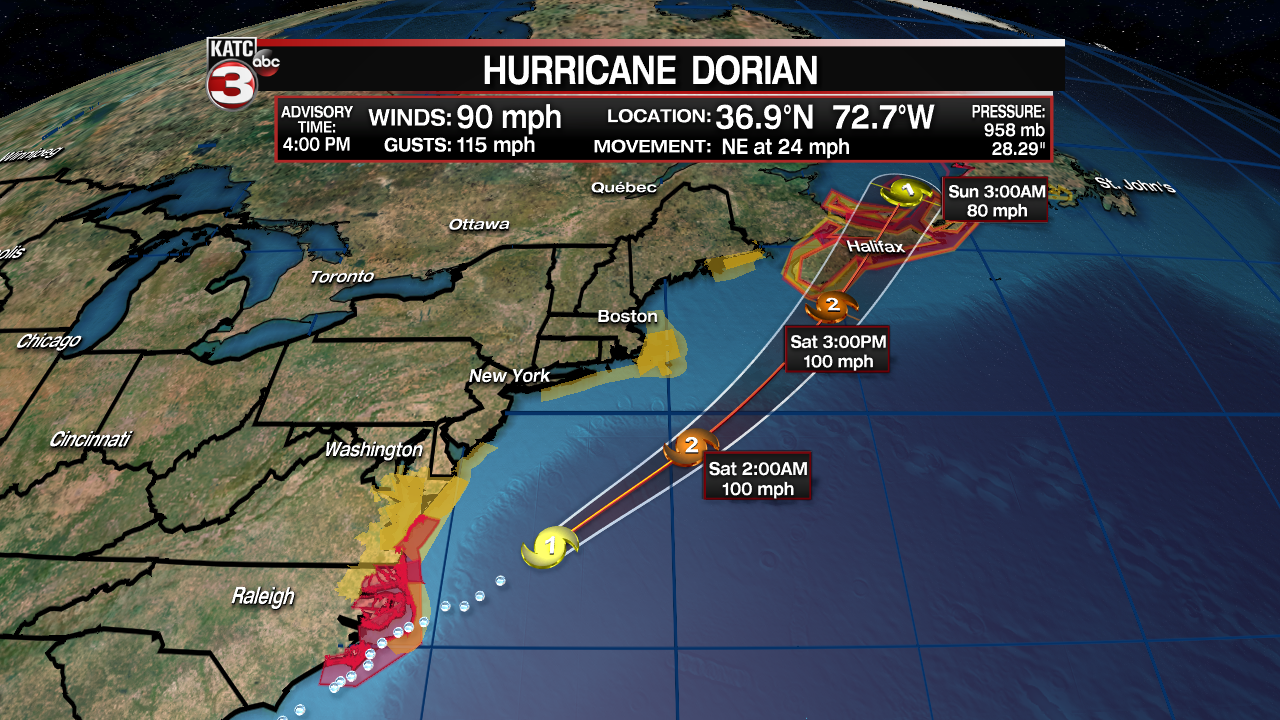 Even though we will be one full week into September, Acadiana is on track to have its hottest weekend of the summer as a large dome of high pressure remains the dominant feature along the Gulf Coast.

After a morning start in the mid-70s temperatures will soar into the upper 90s Saturday and push the same again on Sunday, perhaps with a few more clouds.

Fortunately, thanks to the relatively dry air mass in place, dew points in the afternoon will likely drop into the lower 70s keeping heat indices this weekend confined to the 103-108 degree range.

Moving into next week we'll probably begin to see a few more clouds but rain chances will be scant to none until Wednesday when a very weak tropical wave may yield roughly a 30% chance of scattered, mainly afternoon storms.

Overall the 10 Day Forecast will keep temperatures above normal through the period with not much hope of a cool front.

Meanwhile in the tropics, Category 1 Hurricane Dorian with 90 mph winds, while looking better organized late Friday afternoon, is finally putting some distance between itself and the U.S. Coast, but tropical storm conditions will be possible across portions of New England overnight into early Saturday thanks to the storm's expansive wind field.

Dorian is expected to strengthen again and will likely impact Nova Scotia as a Category 2 hurricane that will be transitioning to an extratropical low pressure system as it crosses the Canadian Maritimes.

Elsewhere in the Northern Tropical Atlantic, Tropical Storm Gabrielle has been holding on and is expected to become a hurricane in a few days while re-curving back toward Europe into next week.

Farther south, a tropical wave east northeast of the Caribbean has a low (10%) chance of development...and that might be generous.

A much more robust disturbance south of the Cabo Verde Islands near the African Coast has a 70% chance of development over the next 5 days...this system might be the one to watch as it could potentially be a Caribbean and/or U.S. threat in the 7-14 day time-frame.