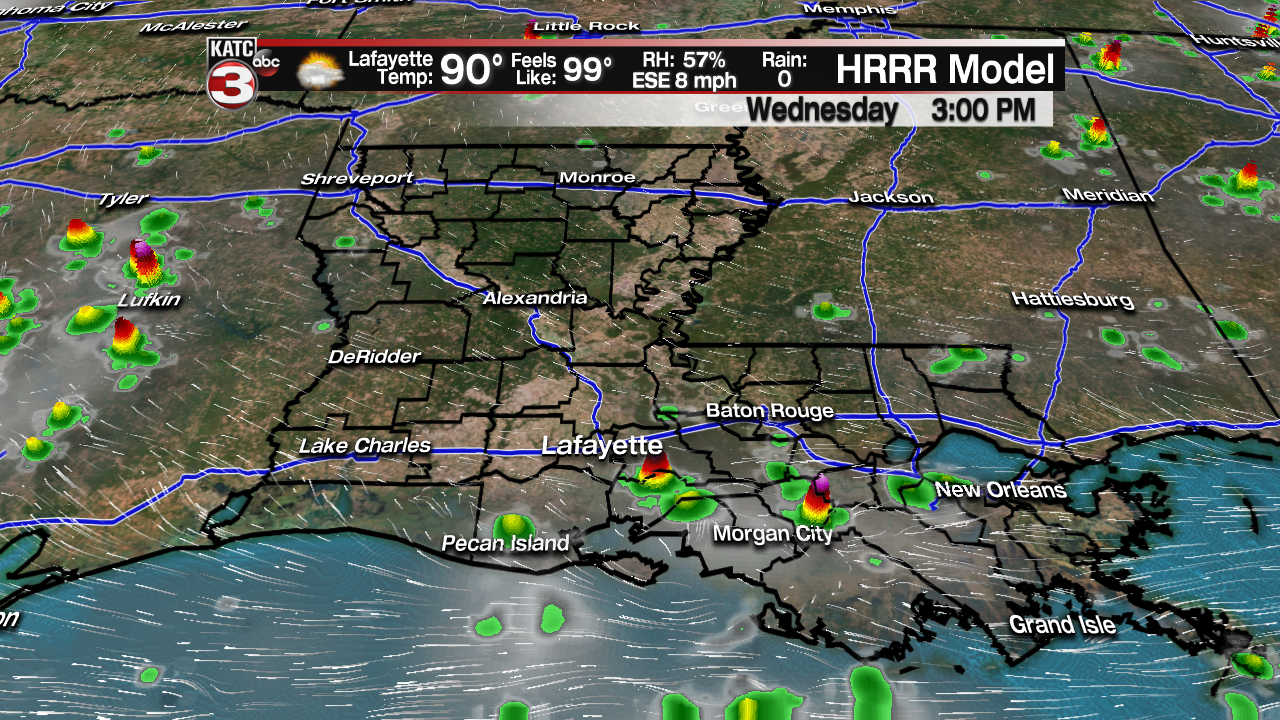 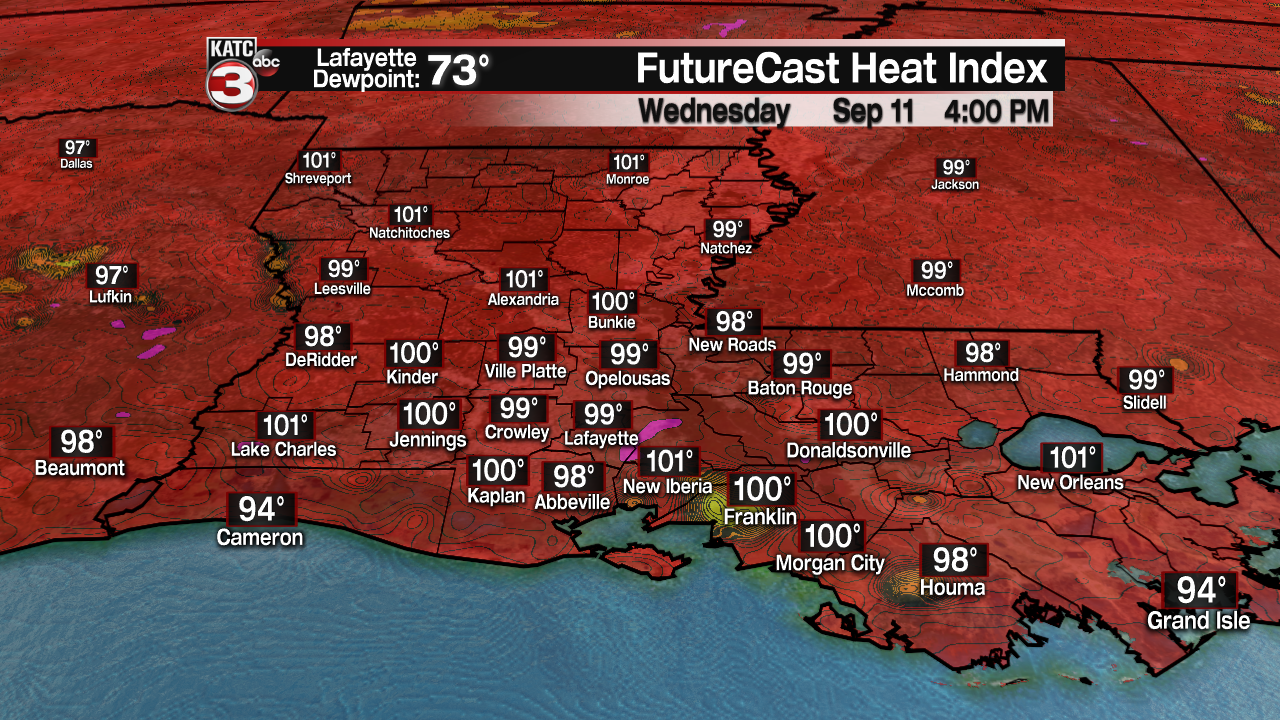 More typical late summer weather is expected for Acadiana heading into the weekend, but a tropical disturbance near the Bahamas will be heading for the Gulf of Mexico bringing with it, at the very least, better rain chances locally for Sunday into early next week.

In the near term, Wednesday will bring the chance (30%) of a few scattered afternoon/early evening storms, otherwise expect partly cloudy skies with highs near 92-93F.

Heat indices will be right near 100 for most of the afternoon, barring the shower activity.

Moving into Thursday and Friday, higher pressure aloft and at the surface will advance into the region from the northeast allowing for more sun, less clouds and very slight rain chances at best.

Temperatures Thursday, Friday and probably Saturday, will top out closer to the mid-90s with heat indices back up to near 105.

The weather pattern will become more interesting by this weekend as a tropical wave near the Bahamas, accompanied by an upper level low to its west, should cross the Florida Peninsula later this week and should bring breezier conditions and higher seas to portions of the Gulf of Mexico and off the Louisiana Coast by the weekend.

In addition, better chances of showers and storms may materialize locally Sunday into early next week.

Overall, the National Hurricane Center (NHC) is giving this disturbance a 30% chance of development in the Eastern to Central Gulf (over the next 5 days), but conditions for development beyond weak broad low pressure or tropical depression are expected to be limited.

Nonetheless, we'll be monitoring this system closely as today it appeared much better on satellite imagery Tuesday.

This disturbance is expected to work its way inland somewhere along the Northern Gulf Coast by early next week but could leave a fair bit of moisture behind over Louisiana and Acadiana to keep elevated rain chances into early next week...see the latest 10 day forecast.

This disturbance could become a significant tropical system down the line, but it is way too early to tell if and where in the Caribbean this may impact, and where it may go beyond that.