Hot finish to September and start to October 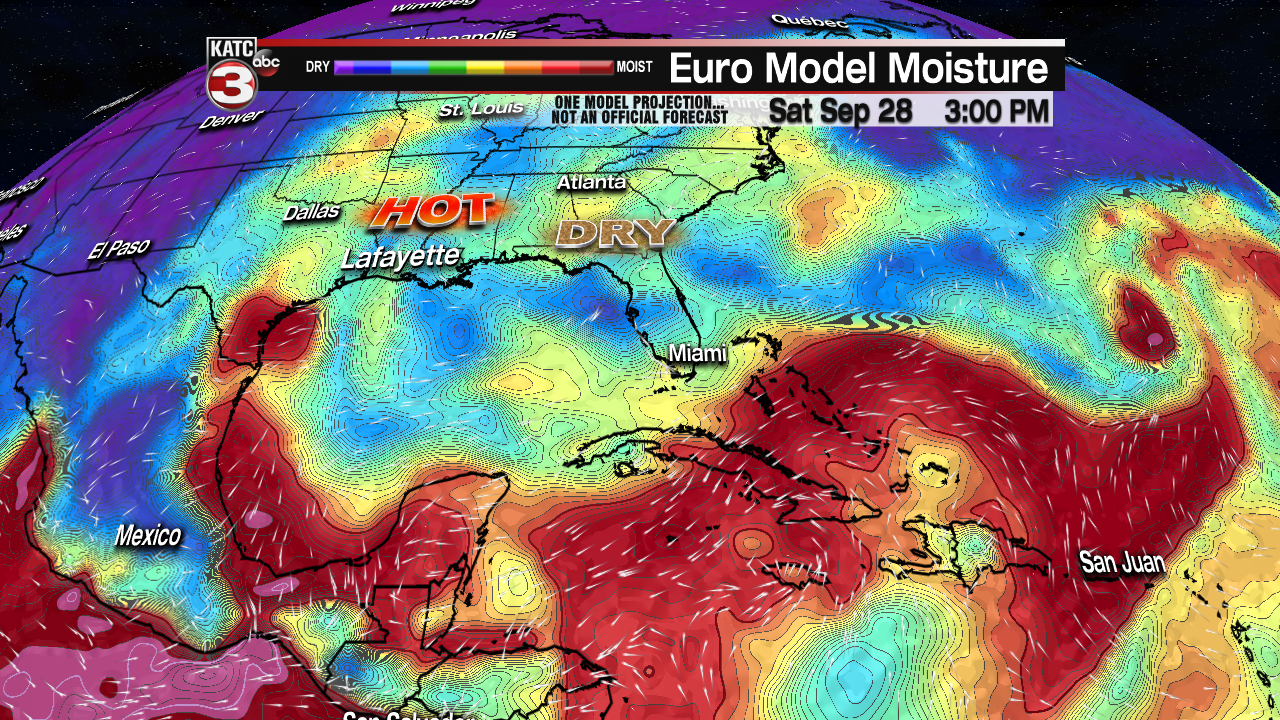 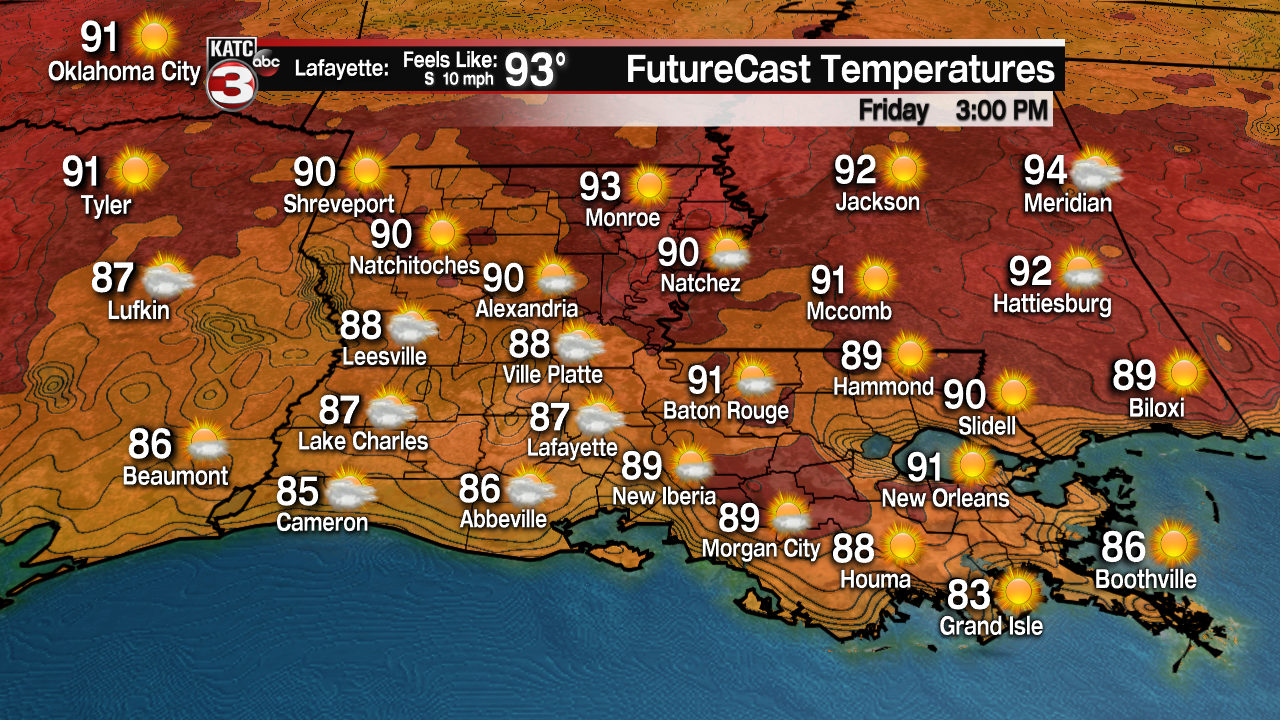 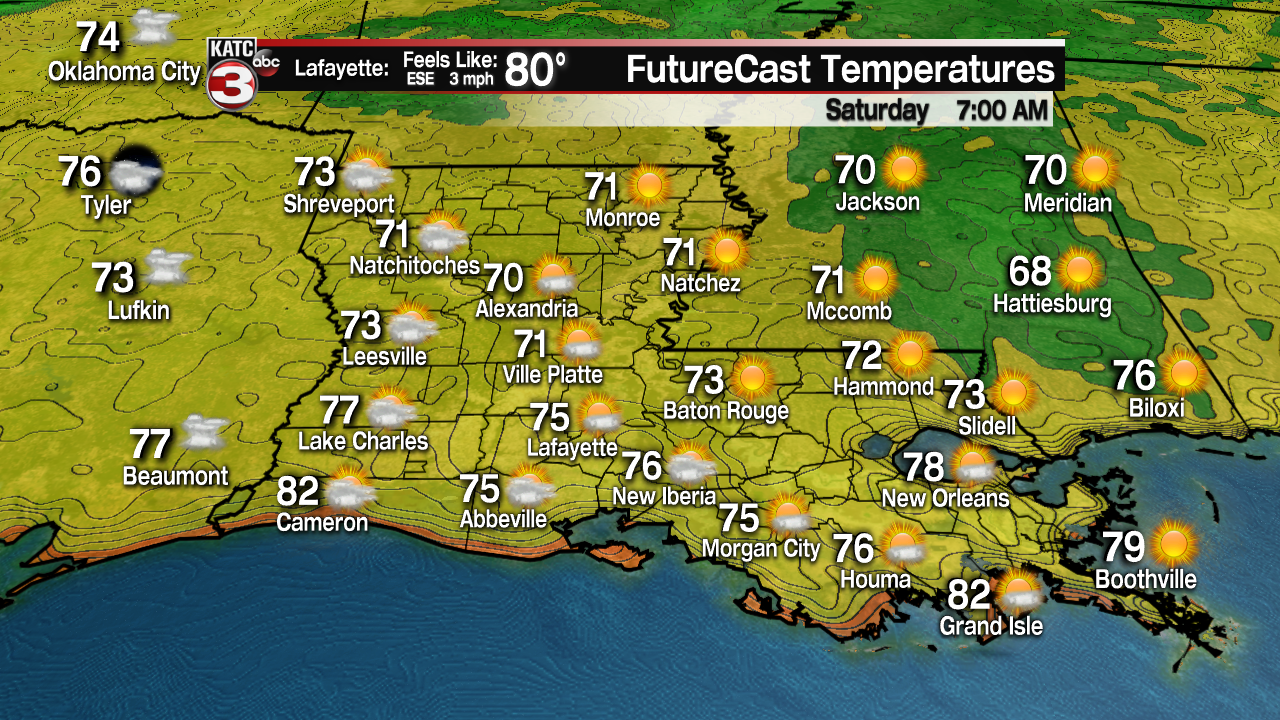 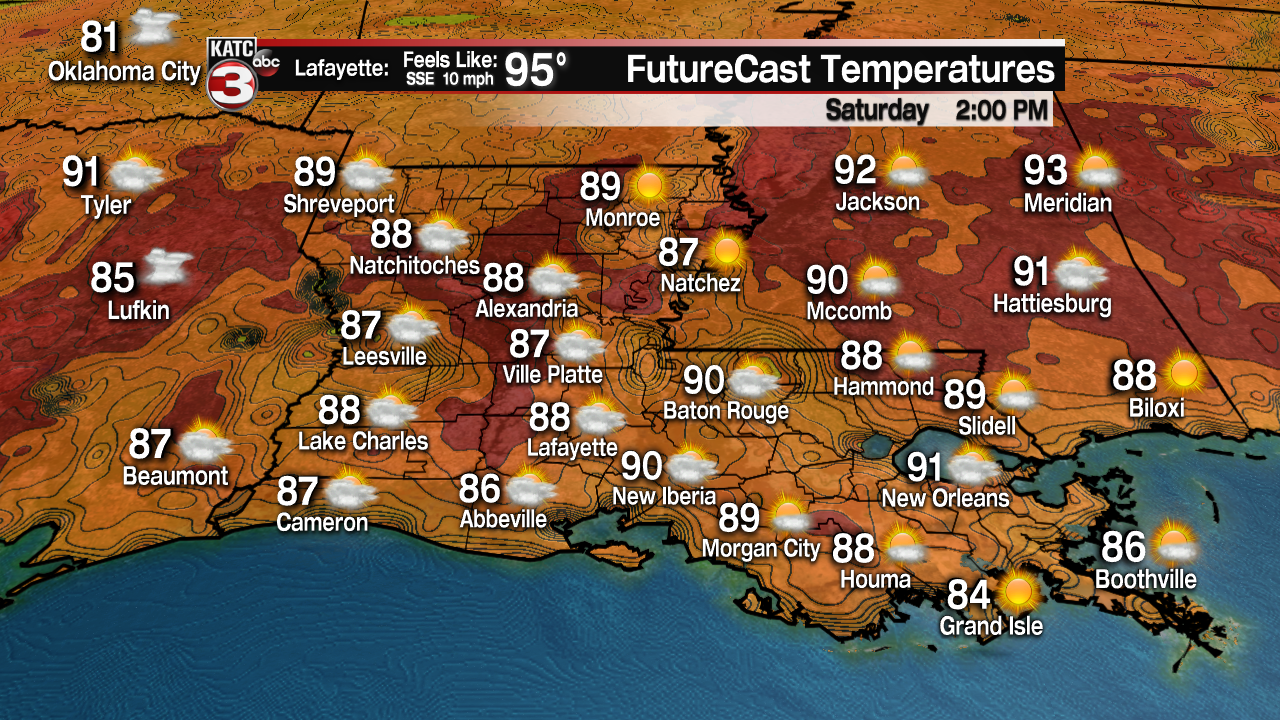 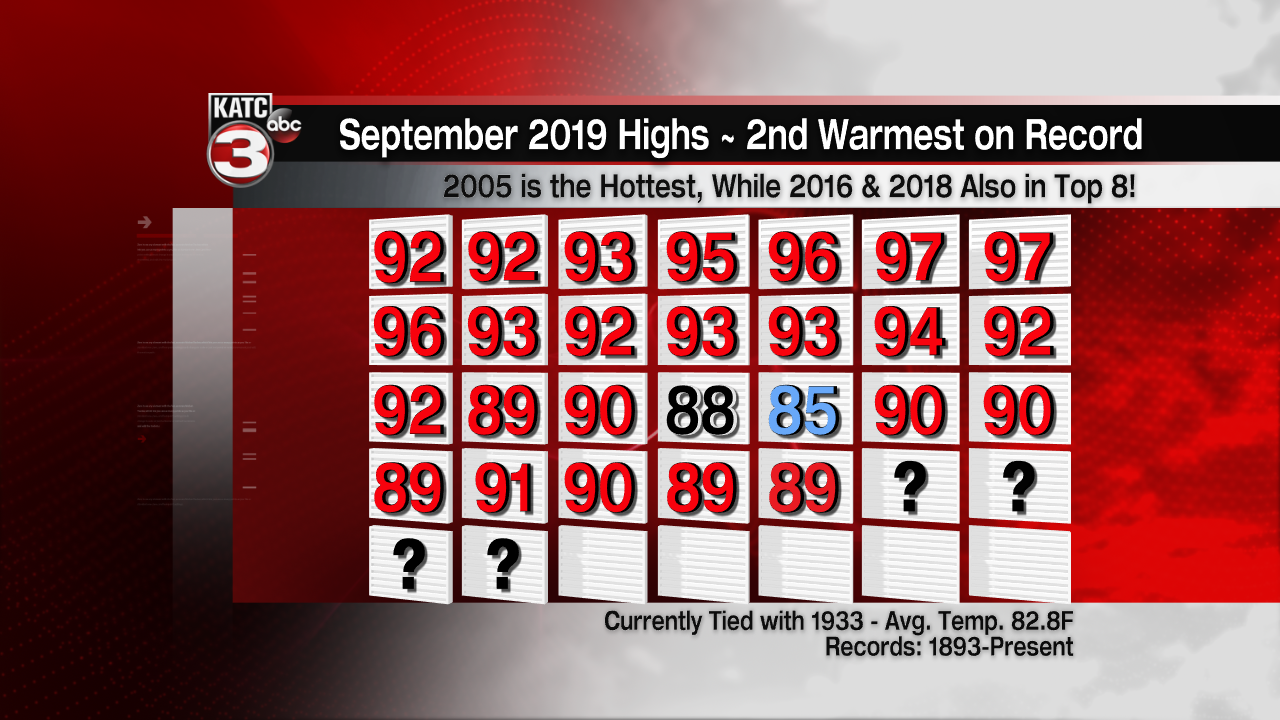 If you have enjoyed the late summer weather pattern of the last week in Acadiana you will likely enjoy the weather over the next week, as our hot and dry finish to September transitions into early October.

Expect mostly sunny skies to continue with rain chances scant to none through the next week.

Daytime highs Friday and Saturday will be limited to mostly the upper 80s thanks to "cooling" southerly winds from the Gulf of Mexico (where water temperatures are still in the mid-80s).

Overnight lows will be the upper 60s to lower 70s Friday morning and should inch a little higher for Saturday and Sunday mornings.

There might be a slight chance of an isolated shower Saturday afternoon with a subtle increase in atmospheric moisture, especially toward Southwest Louisiana into Eastern Texas where rain chances will be closer to 20%...but most of Acadiana will likely be in the 10% range at best.

It should get drier Sunday into early next week as high pressure aloft expands westward into the region.

As a result our daytime highs and night time lows will creep upward a few degrees.

Climatologically speaking, September 2019 to date has been the second hottest on record when averaging the highs and lows for the month together, and is currently tied with the Dust Bowl year of 1933 with an average temperature of 82.8 degrees.

2005 is the hottest on record with an average temperature of 83.2 degrees which we may get very close to after all is said and done...more on this once the month ends.

Meanwhile, the tropics are looking a little better close to home with Tropical Storm Karen looking to be on its last legs into the weekend...currently Karen is sporting 45 mph winds but convection is not centered over its center of circulation and is expected to become a remnant low this weekend.

Some of the system's moisture may get dragged westward into next week with an upper level low that's drifting westward near the Bahamas, but at this time no concerns for our part of the Gulf but we'll maintain a watchful eye.
Farther east, in the East-Central Atlantic, Major Hurricane Lorenzo is a very large storm with 140 mph winds (Category 4) as of Thursday afternoon.

Fortunately Lorenzo will be moving northward in the Atlantic and will not be a threat to the Western Hemisphere.

Per the National Hurricane Center (NHC): "While its exact ranking will be determined later, Lorenzo is one of the largest and most powerful hurricanes of record for the central tropical Atlantic, with the only comparable hurricane in recent times near there being Gabrielle of 1989."

Elsewhere in the Atlantic Basin, there are no other suspect areas that the NHC is watching, and that's a good thing given the time of year.

However, while the Euro Model does not indicate any developments closer to home, the GFS model Thursday was suggesting possible development in the 7-10 period near the Western Caribbean and perhaps Southeast Gulf of Mexico, and the could be the hot spot in the first week or two of what should be a hot start to October locally.