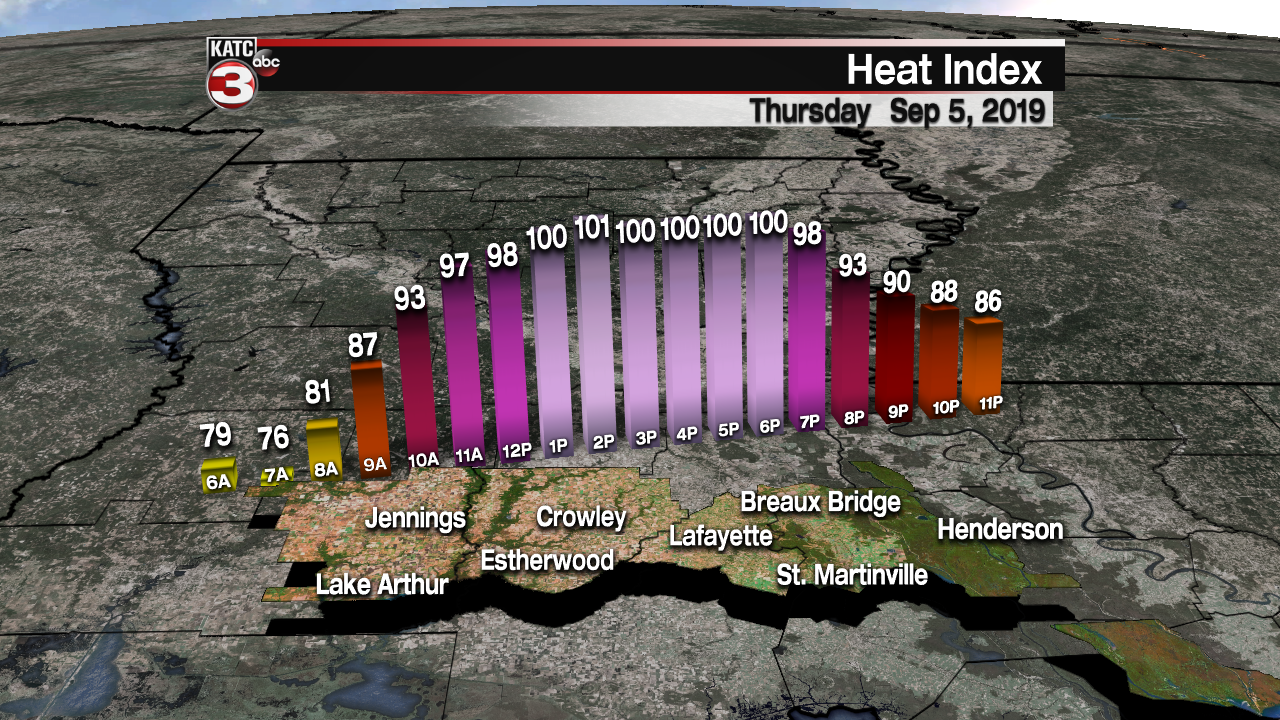 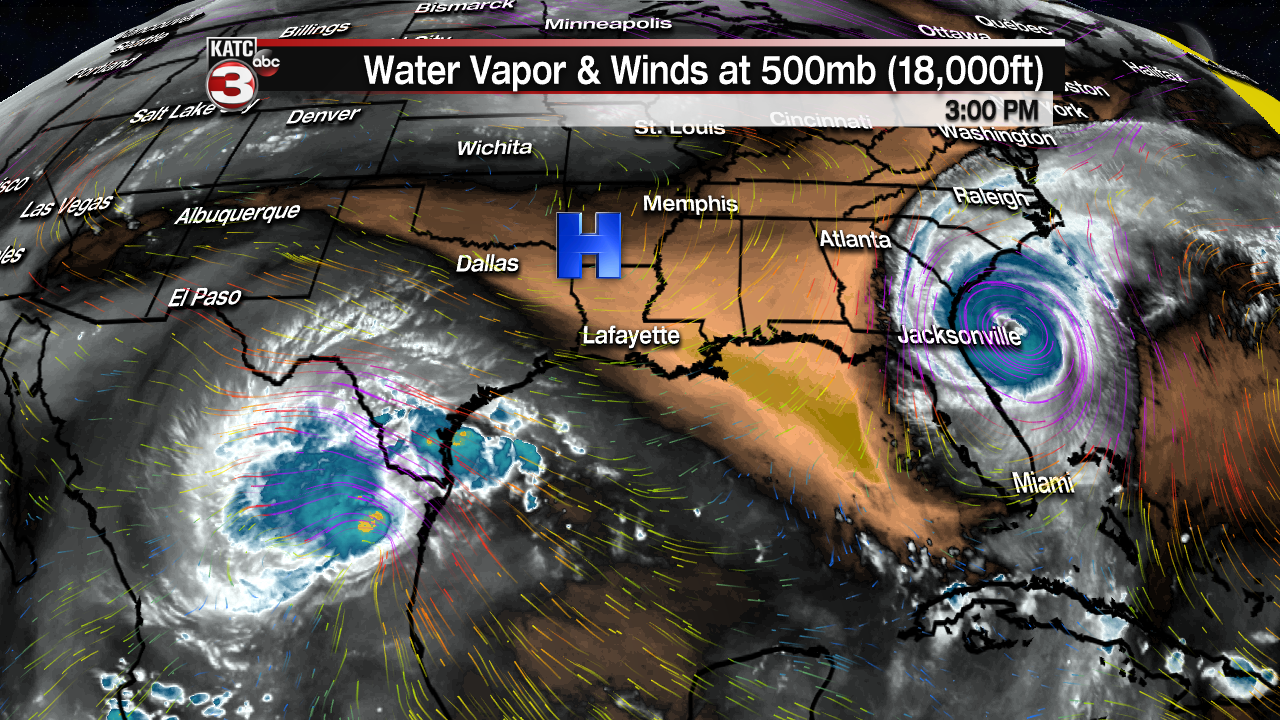 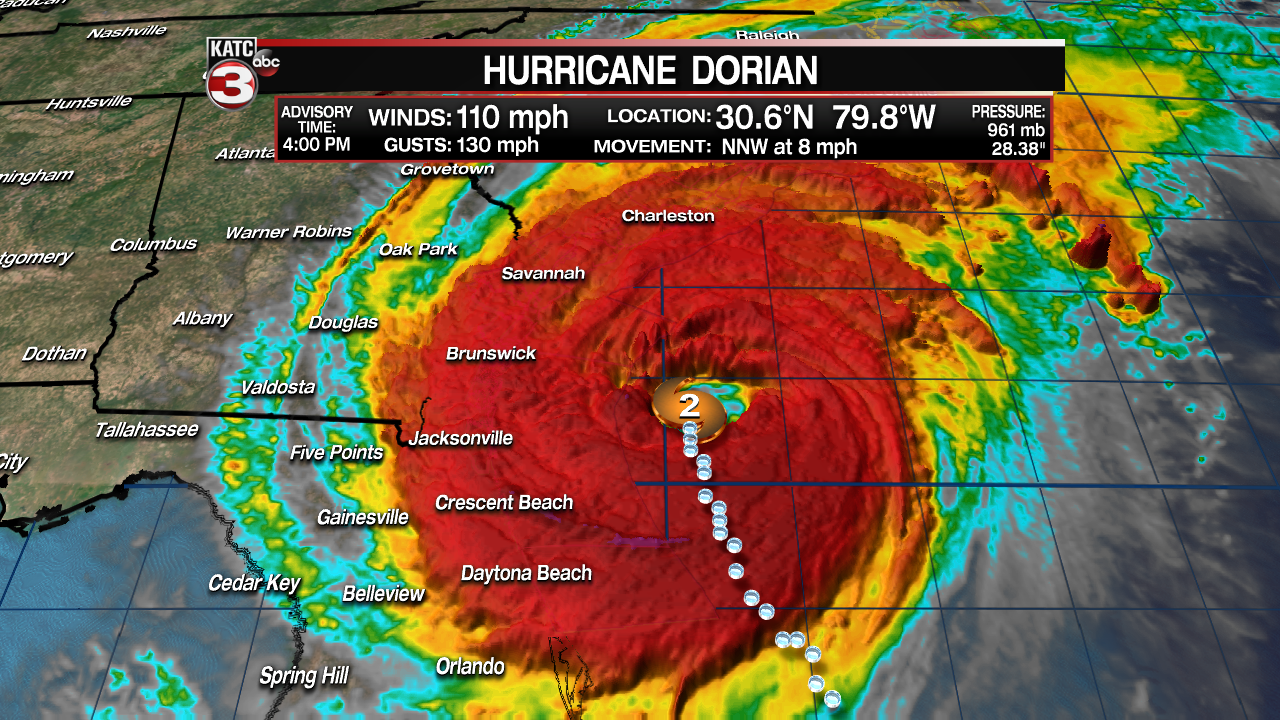 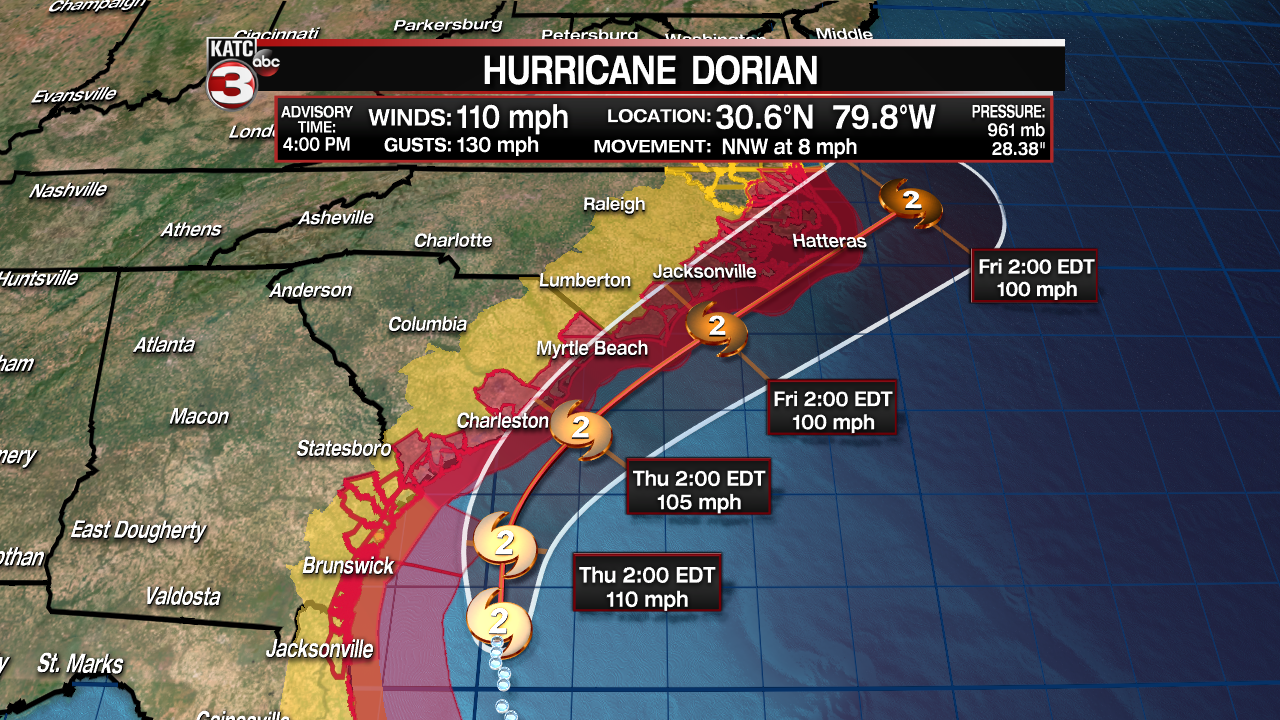 In the wake of Hurricane Dorian, portions of the SE US, Gulf Coast and Acadiana will see some of the hottest weather this summer.

High pressure aloft will continue to build and expand across the region pushing Acadiana's afternoon temperatures into the mid to upper 90s for the rest of this week and into the weekend.

Moisture levels across the area will remain meager through the weekend with mostly sunny skies anticipated.

During the afternoons in the days ahead, dew points will likely drop into the upper 60s to lower 70s so heat indices shouldn't get much higher than 105-108 in spite of actual temperatures approaching the century mark (especially in northern portions of Acadiana)...but heat advisories cannot be ruled out, particularly into this weekend.

But overall, don't expect much rain, nor much relief from the heat in the form of any significant cool fronts over the next 10 days.

And although it is quite busy in the Atlantic tropics, there are no suspect areas that are expected to threaten the Gulf of Mexico for at least a week, or slightly more.

Dorian's greatest impact over the next several days will be the storm surge and storm tide flooding.

Meanwhile, in the extreme Western Gulf of Mexico, Tropical Storm Fernand was been moving inland into Mexico and weakened to a depression late Wednesday afternoon, and will bring some locally heavy rains to Mexico, and perhaps across extreme South Texas, as it weakens quickly over the next day or two.

Elsewhere in the Atlantic, Tropical Storm Gabrielle will be no threat to land even though it could become a hurricane sometime this weekend, while a disturbance east of Bermuda may develop...it too, is not expected to impact any land areas.

A tropical wave in the mid-tropical Atlantic is showing no signs of organization at this time, while a wave coming off the African Coast has roughly a 50% chance of development over the next 5 days as it treks westward well into next week.

Nonetheless, this time of year requires paying attention to every tropical wave, especially the ones that survive and have potential to reach the Caribbean.

For now, the only wave Acadiana needs to worry about is the heat wave we'll have over the next week or more!