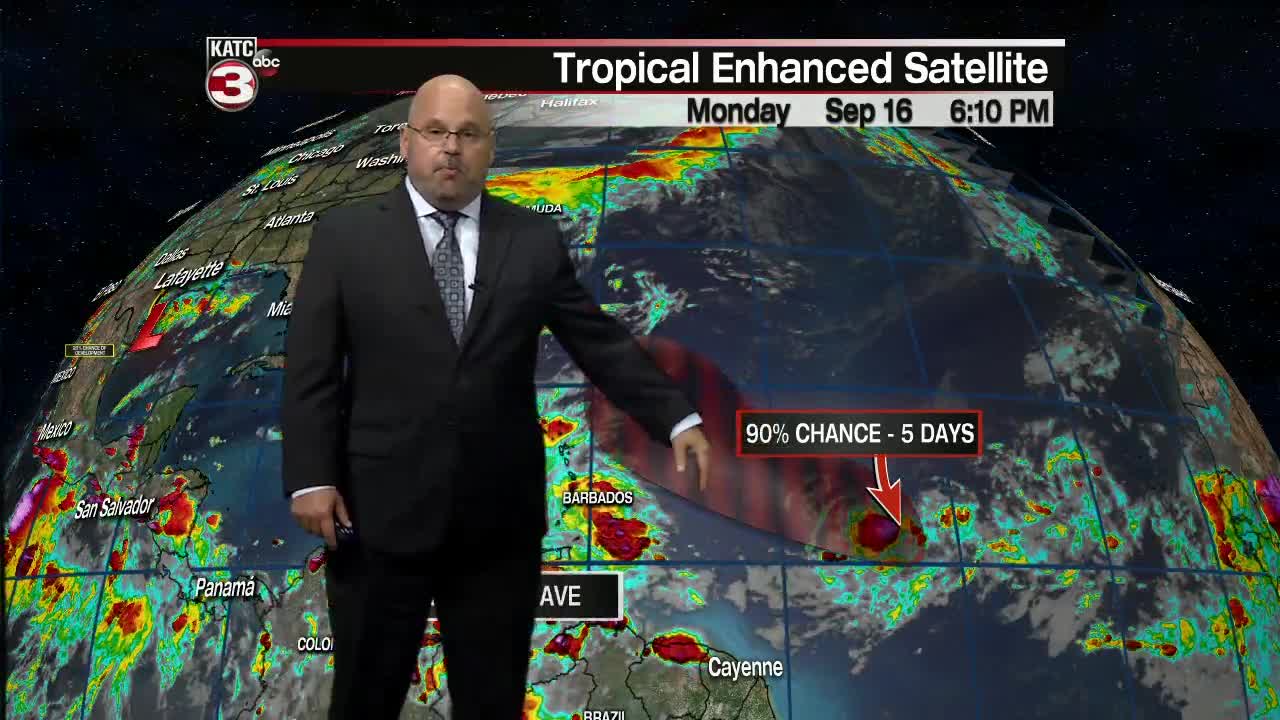 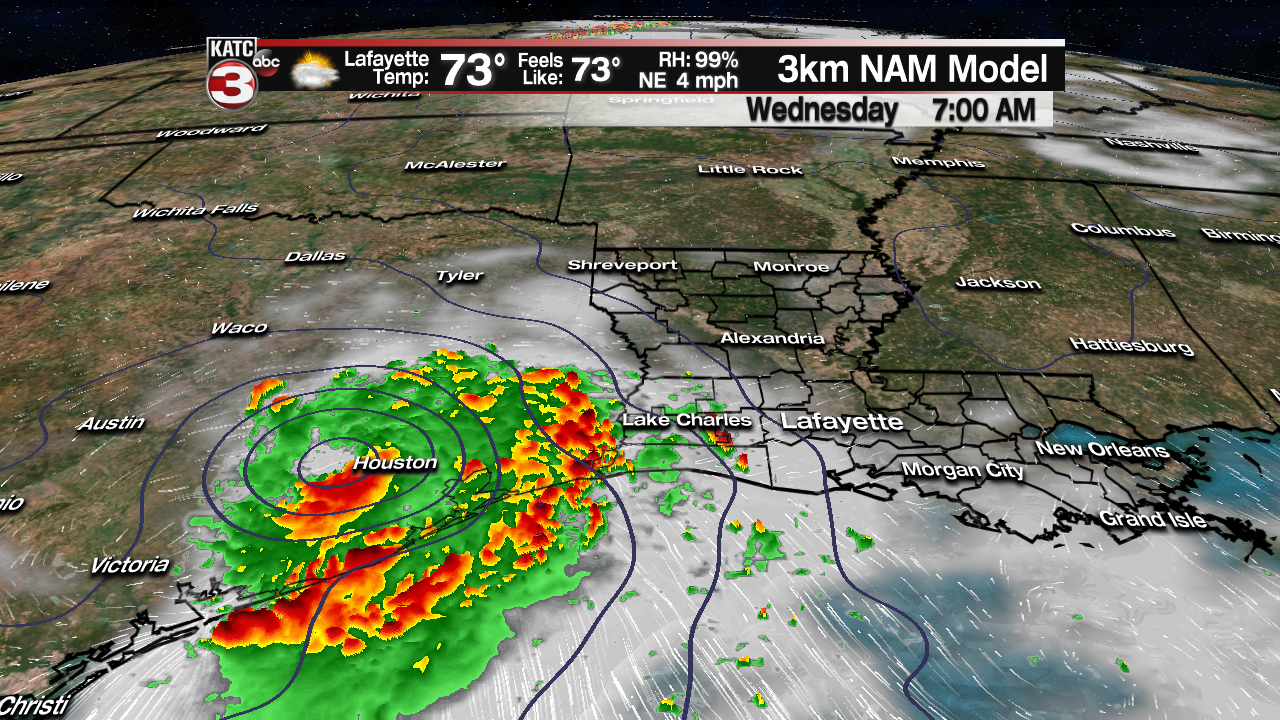 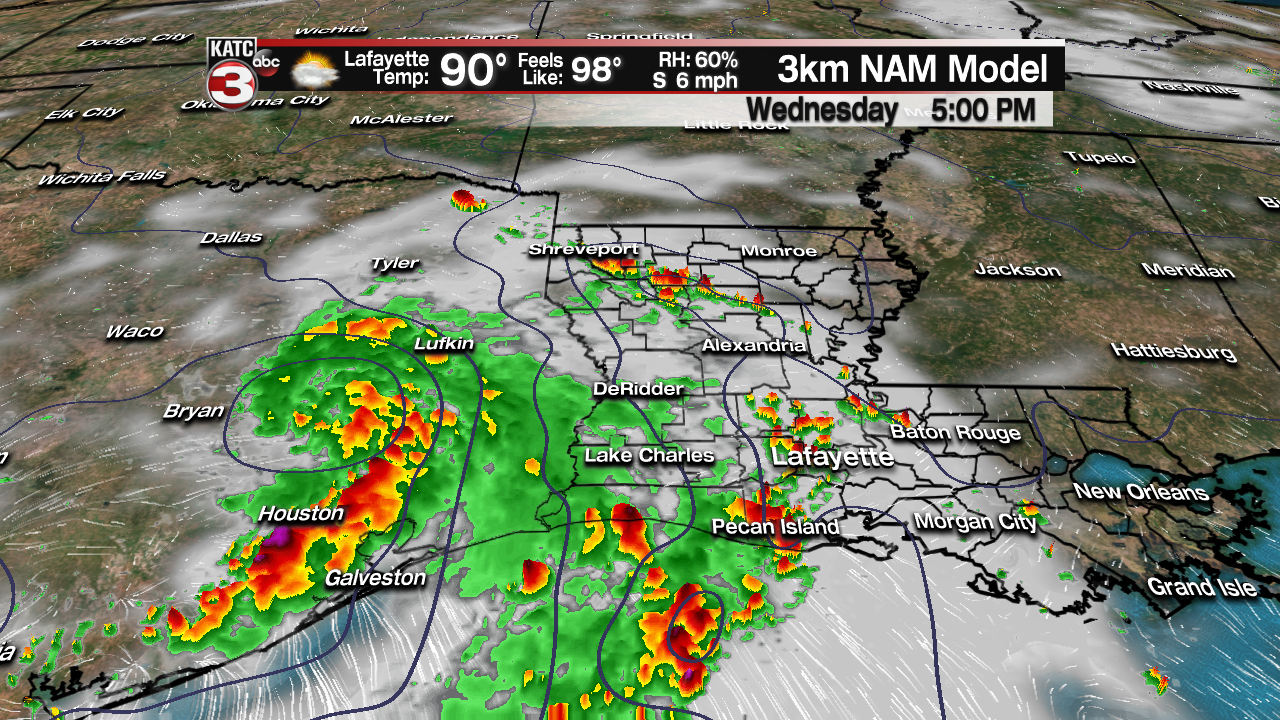 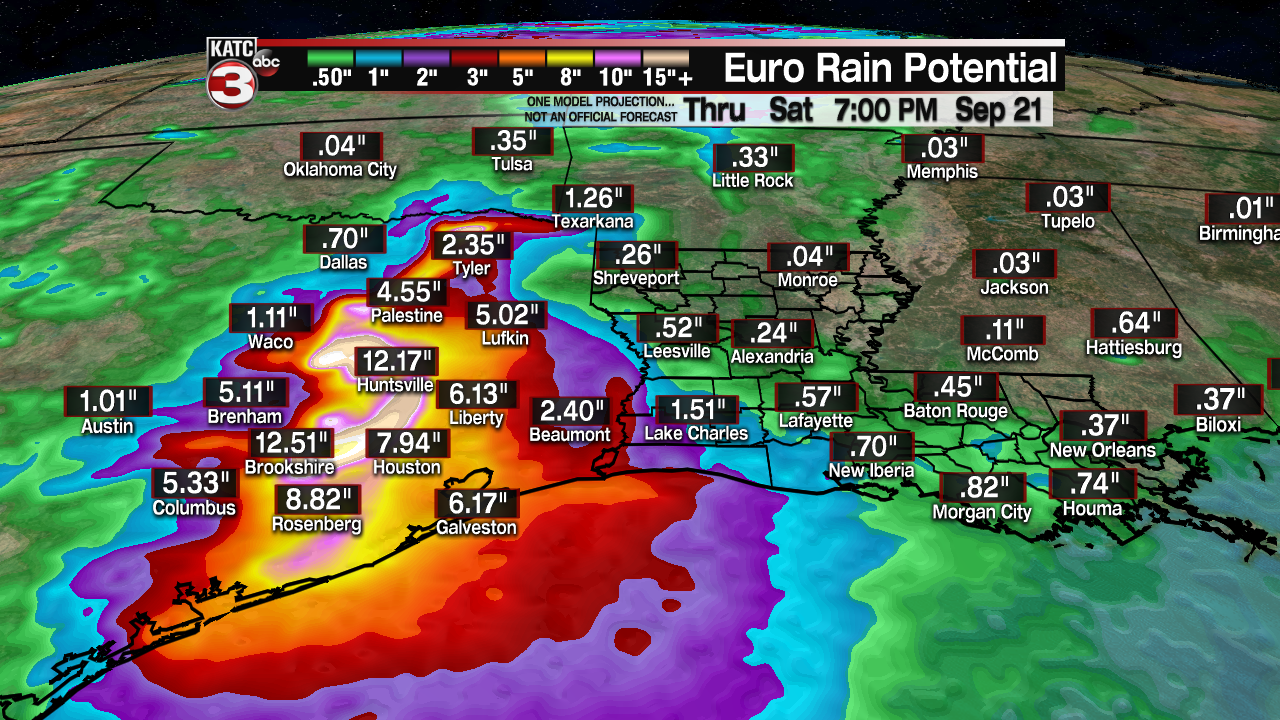 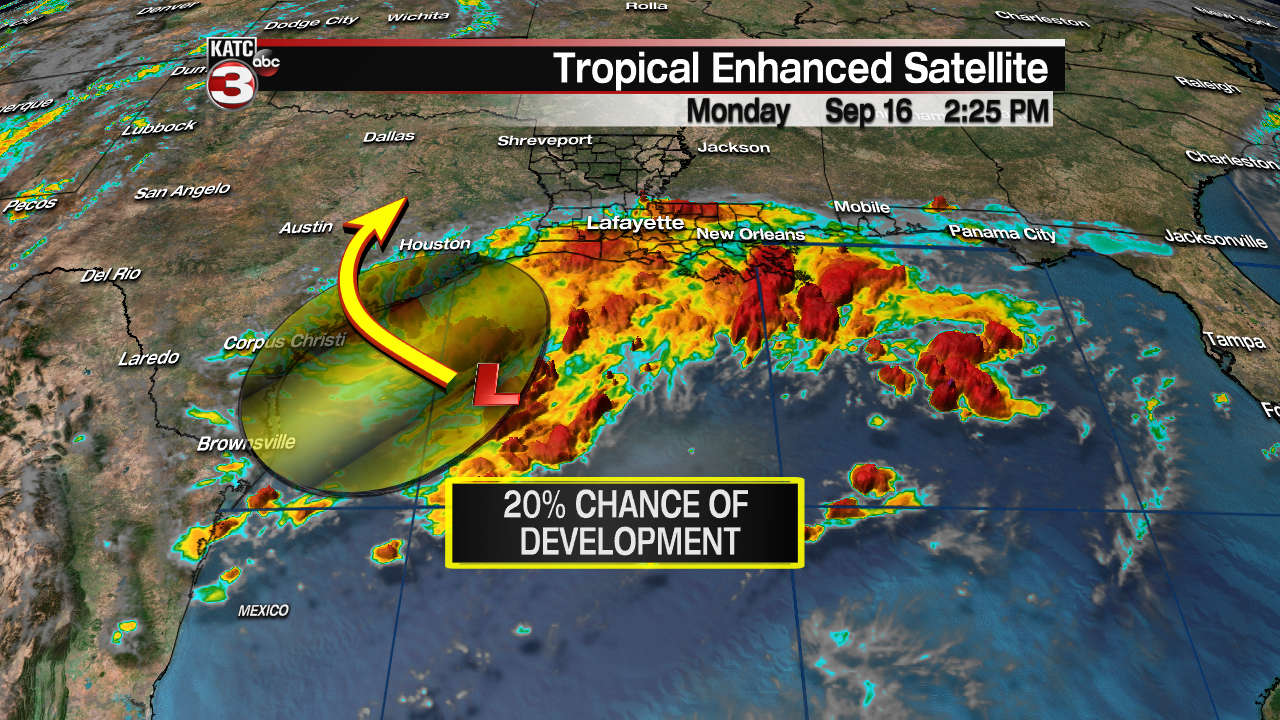 A weak area of low pressure in the Western Gulf of Mexico is expected to bring the threat of heavy, flooding rainfall to portions of Southeast and Eastern Texas over the next few days...and while Acadiana should be spared the heavy rain threat, a good chance of showers and storms will be possible each day this week.

As of Monday afternoon. the National Hurricane Center (NHC), while only giving this system a 20% chance of tropical development over the next couple of days, is certainly expecting the threat of heavy rainfall from the Mid-Texas Coastal Plains into Southeastern and Eastern Texas this week.

Most computer models have a rather organized low, tropical or not, that will impact portions of the Lone Star State with heavy rainfall of up to 6-12" or or more over a several day period.

The Euro Model in particular is forecasting rain totals exceeding 15" in spots, so flooding will be a very real possibility for portions of Texas that have seen little to no rain over the last month.

Meanwhile, Louisiana and Acadiana should be spared the heavy rain threat, but a good chance of daily showers and storms will be in the forecast along with plenty of clouds this week.

Daily rain chances will likely bounce from 40-60% this week as tropical rain bands from the low in Texas spread eastward into the region during the day, with the system likely to consolidate in Texas at night.

And because of the systems proximity to Louisiana, it appears the cloud cover and the scattered rain chances should hold our daily highs in the mid-upper 80s this week.

The aforementioned system is expected to finally move out of Northeast Texas and weaken by the end of the week, with drier, sunnier, and consequently hotter afternoon temperatures arriving this weekend courtesy of a ridge of high pressure that moves in from the northeast.

This high should also bring lower dew points into the region this weekend making for more pleasant temperatures at night. (See the latest 10 Day Forecast)

Meanwhile in the tropics, while Hurricane Humberto's future path still has some question marks, it appears this storm could bring a formidable hurricane threat to Bermuda by late Wednesday into early Thursday.

Elsewhere in the tropics, an area of disturbed weather roughly 1,200 miles of the Lesser Antilles continues to produce disorganized showers and thunderstorms, but this system has a high chance of becoming a depression, perhaps a tropical storm, over the next few days as it moves west-northwestward.

Although first computer model impressions keep this system in the Atlantic, it remains too early to tell whether it could be a U.S. or Gulf of Mexico threat.

The next named system will be "Imelda".

In addition, farther to the west of the disturbance, the KATC Weather Team is keeping an eye on a tropical wave attached to an upper low currently in the Eastern Caribbean...some of this moisture and perhaps the weak disturbance may head for our part of the Gulf of Mexico by mid-next week, at least adding to our rain chances once again.

There are plenty of signals in the longer term "ensemble" models that keep portions of the Caribbean and perhaps the Gulf of Mexico tropically active into October.