Frosty start but another nice one Tuesday...rain chances back by Thursday night 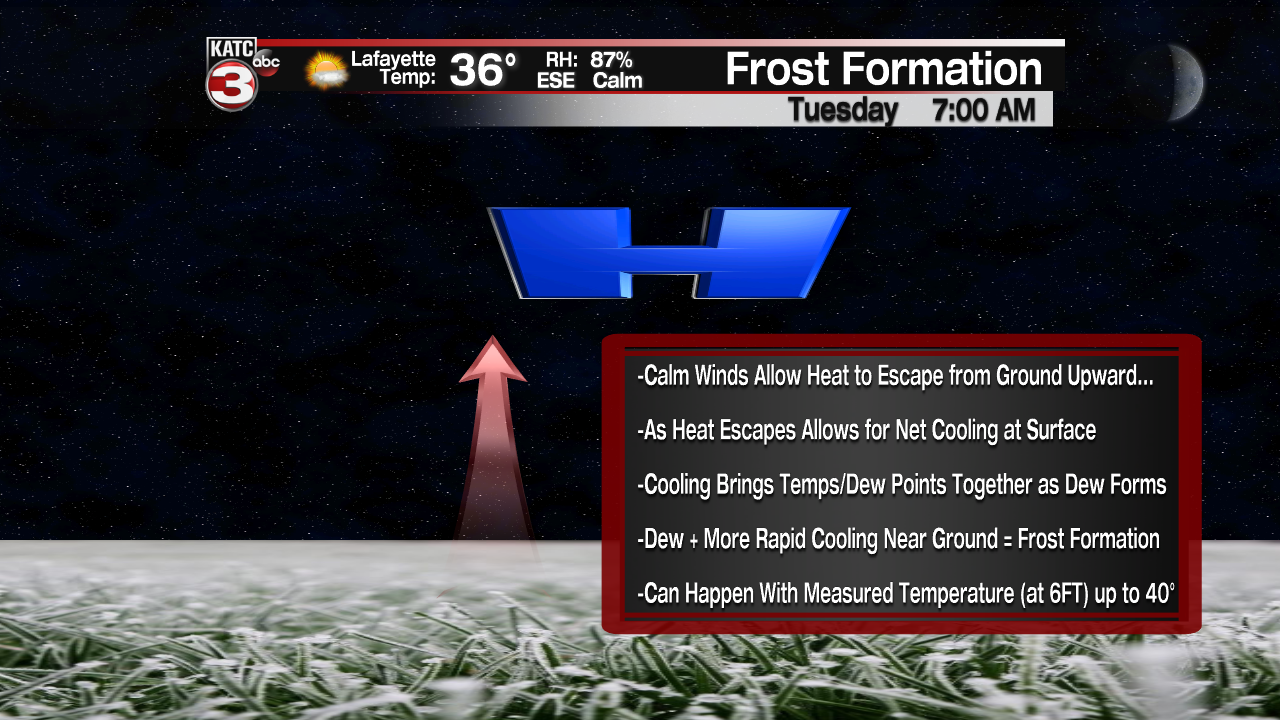 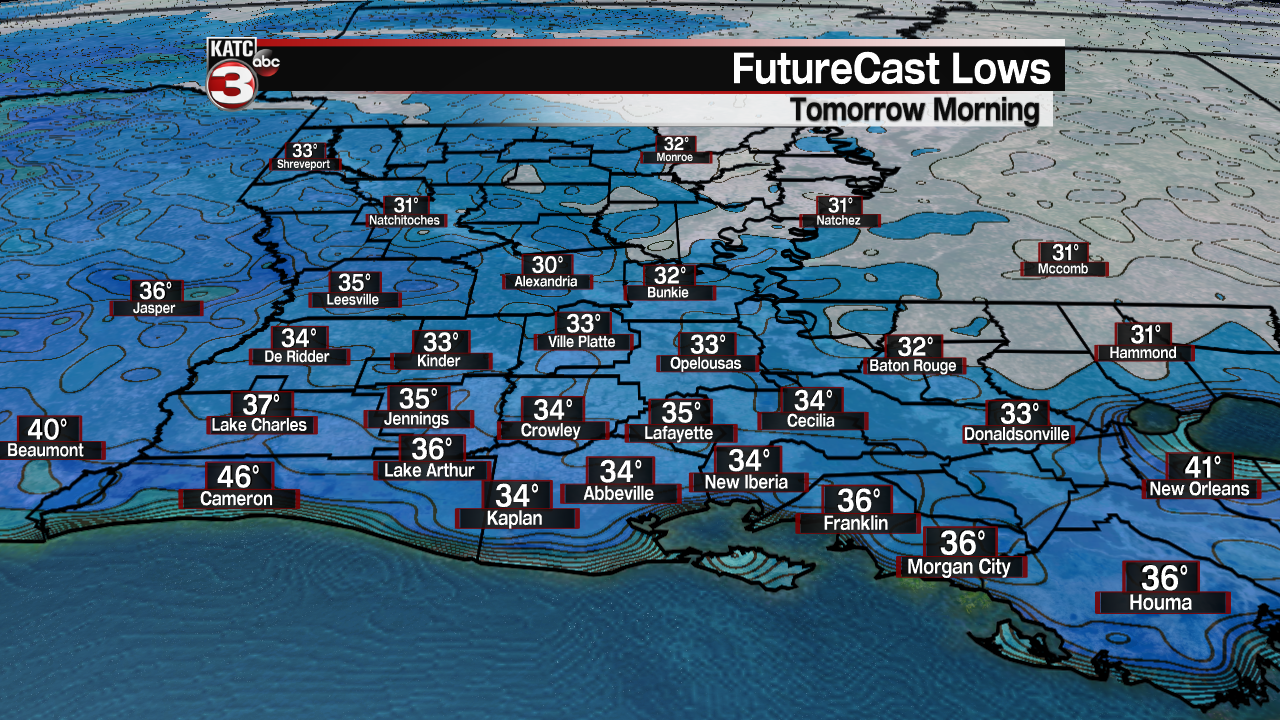 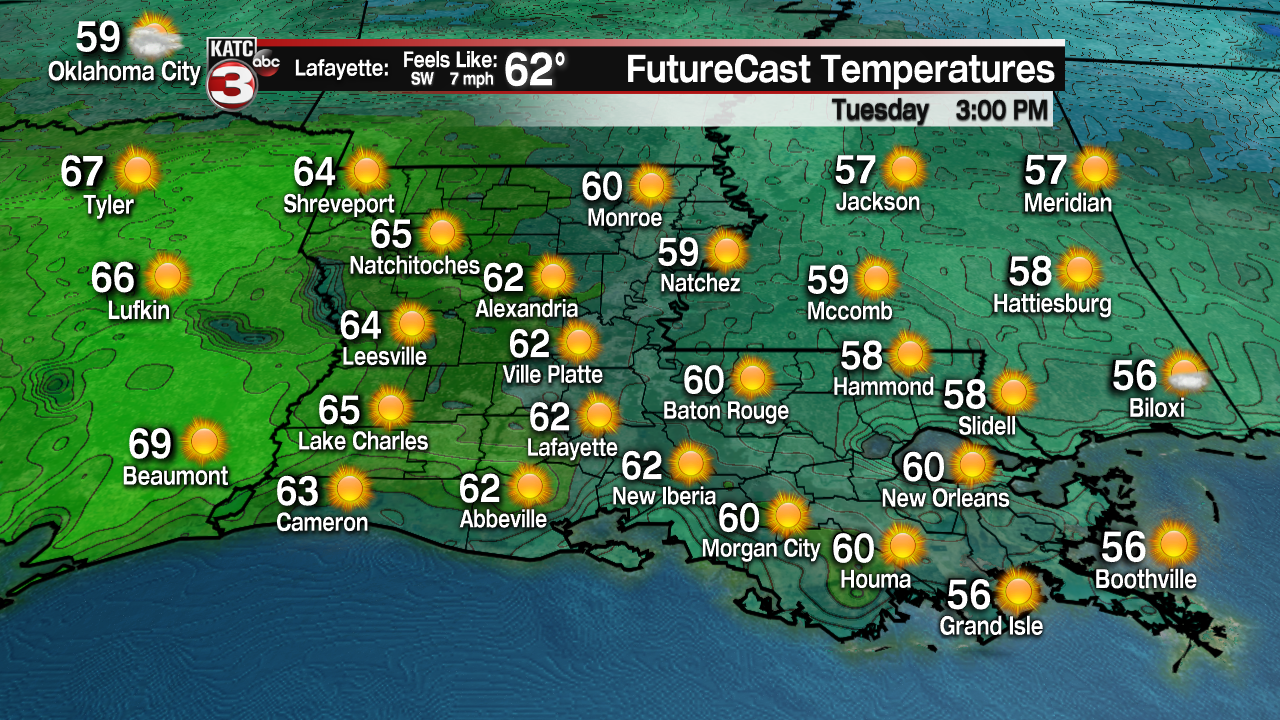 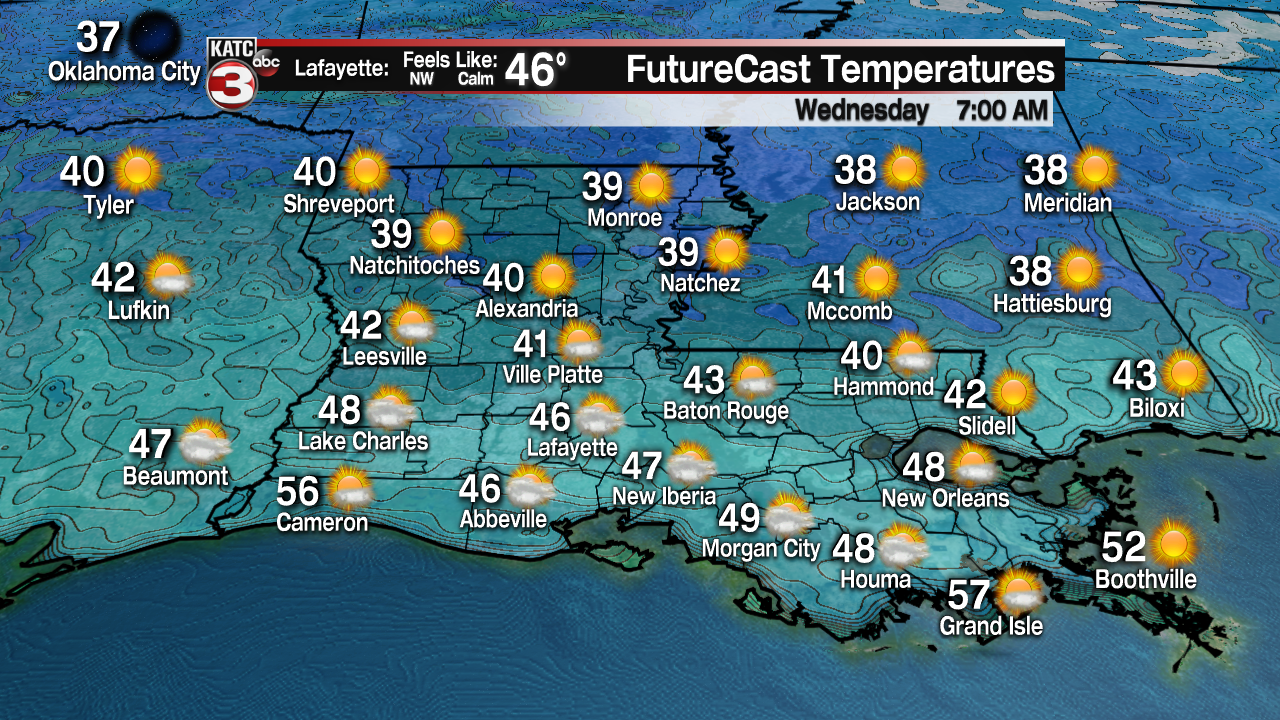 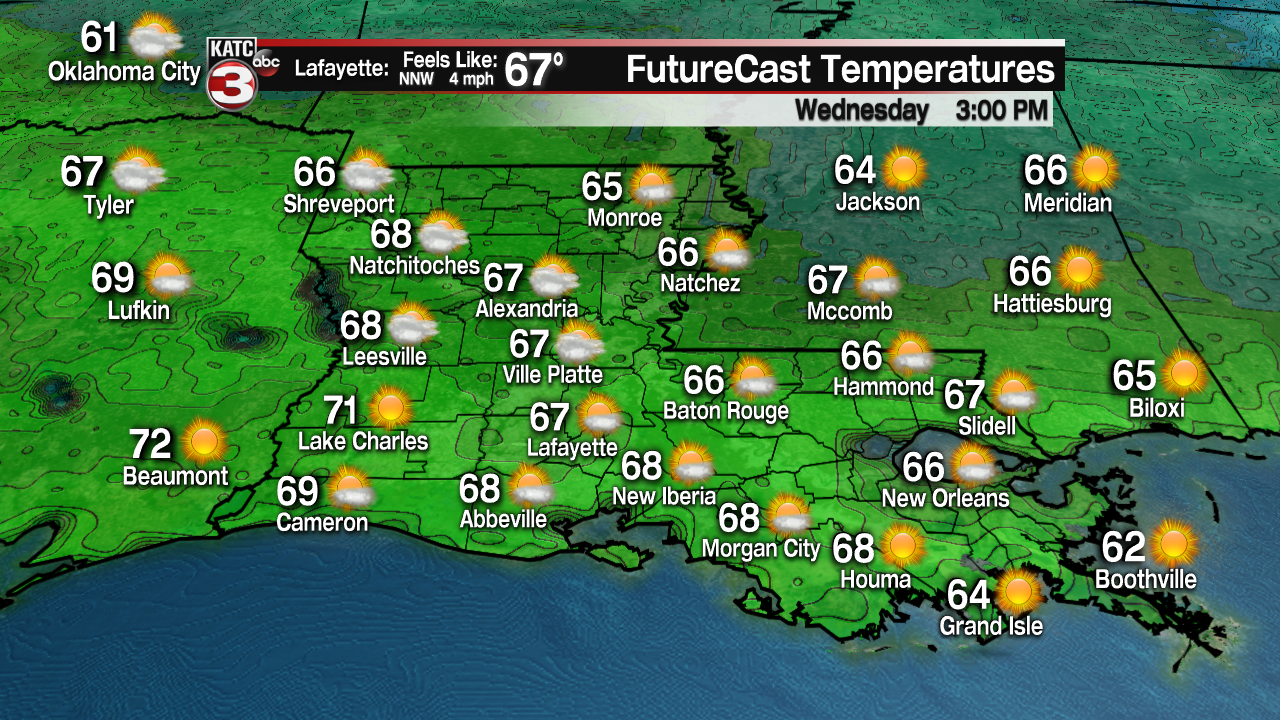 After a frosty start Tuesday, another nice and sunny day is on tap for Acadiana...and with winds turning southerly by late in the day, it should be a little milder in the afternoon.

High pressure will be moving overhead Monday night into Tuesday morning allowing for optimal "radiational cooling" that will allow temperatures to drop into the low-mid 30s by morning.

Coldest readings near 32-33 degrees are expected for the northern portions of Acadiana while elsewhere, readings will be closer to the mid-30s.

Although many spots won't see freezing temperatures at 6 feet per se, the process of radiational cooling, where light winds combined with clear skies will allow for the heat near the ground to escape to the atmosphere, will be optimized.

When this net cooling occurs near the surface (on the ground and on objects such as cars and roofs), the temperature gets to the dew point within inches of the surface and allows for frost to from as temperatures right near the ground actually reach the freezing point.

So it would be wise to cover the plants for tonight...thereafter, milder nights are ahead at least through the next 7 days.

Look for sunshine Tuesday and light southerly winds returning to help get our temperatures back into the low-mid 60s Tuesday afternoon.

And with those light southerly winds and fair skies continuing into Tuesday night, there could be the risk of some fog developing as temperatures and dew points in the low to mid 40s for Wednesday morning.

Wednesday and Thursday will bring fair to partly cloudy skies and milder temperatures, with little more in the way of high cloud cover anticipated Thursday.

Temperatures will reach near 70 Wednesday and climb into the lower 70s Thursday afternoon.

Our next chance of showers will come with a fizzling frontal boundary Thursday night into Friday, leaving us with a partly cloudy and seasonable weekend.

A stronger front with a better chance of showers and some thunderstorms will arrive by late Monday with a winter chill returning thereafter for a couple of days.