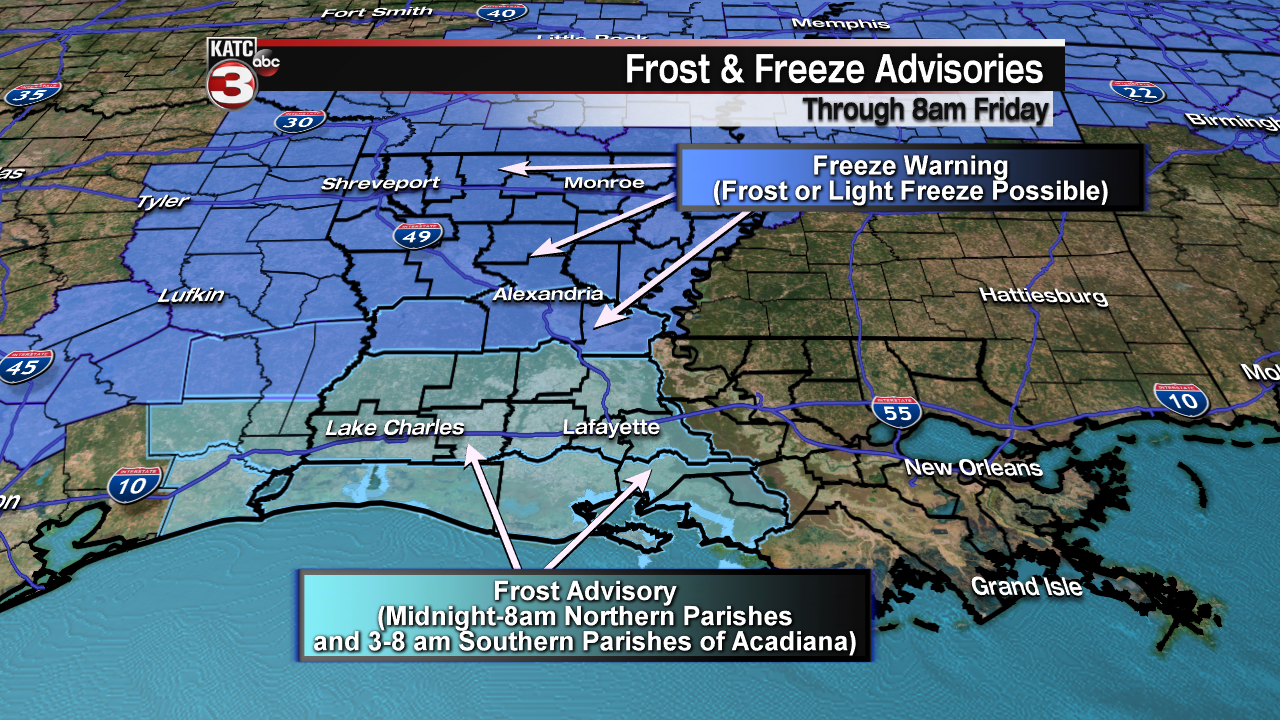 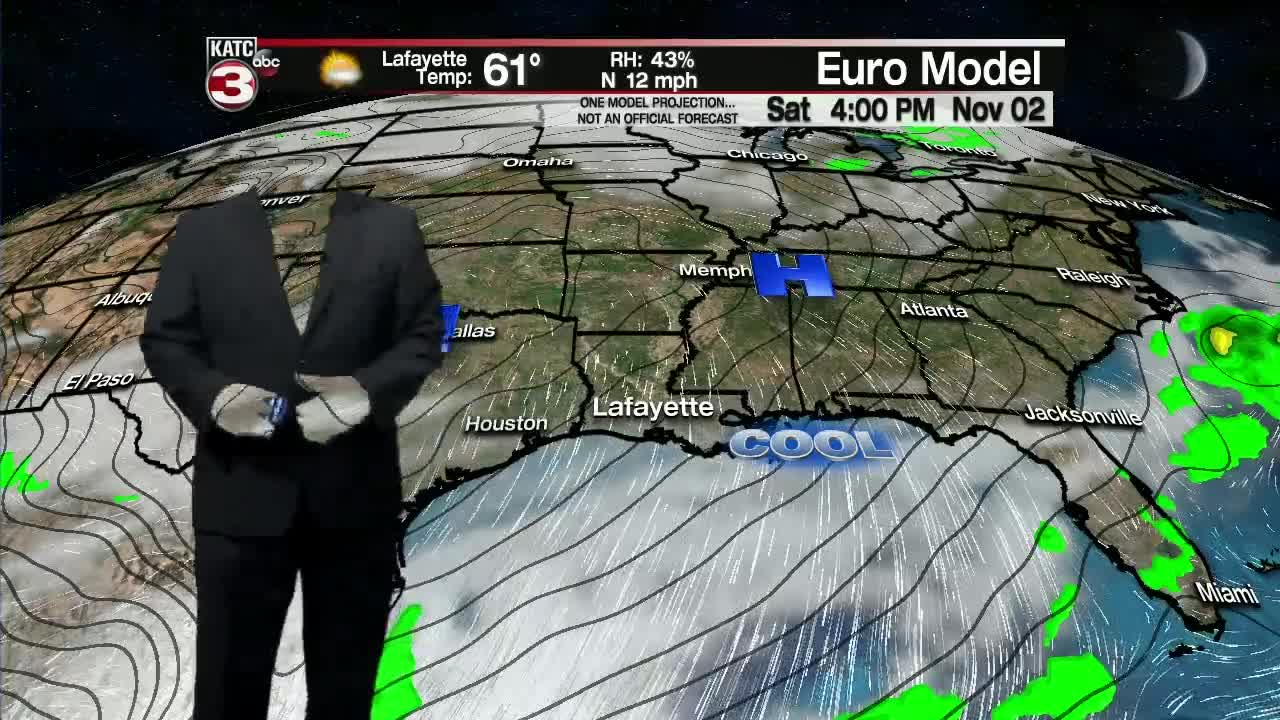 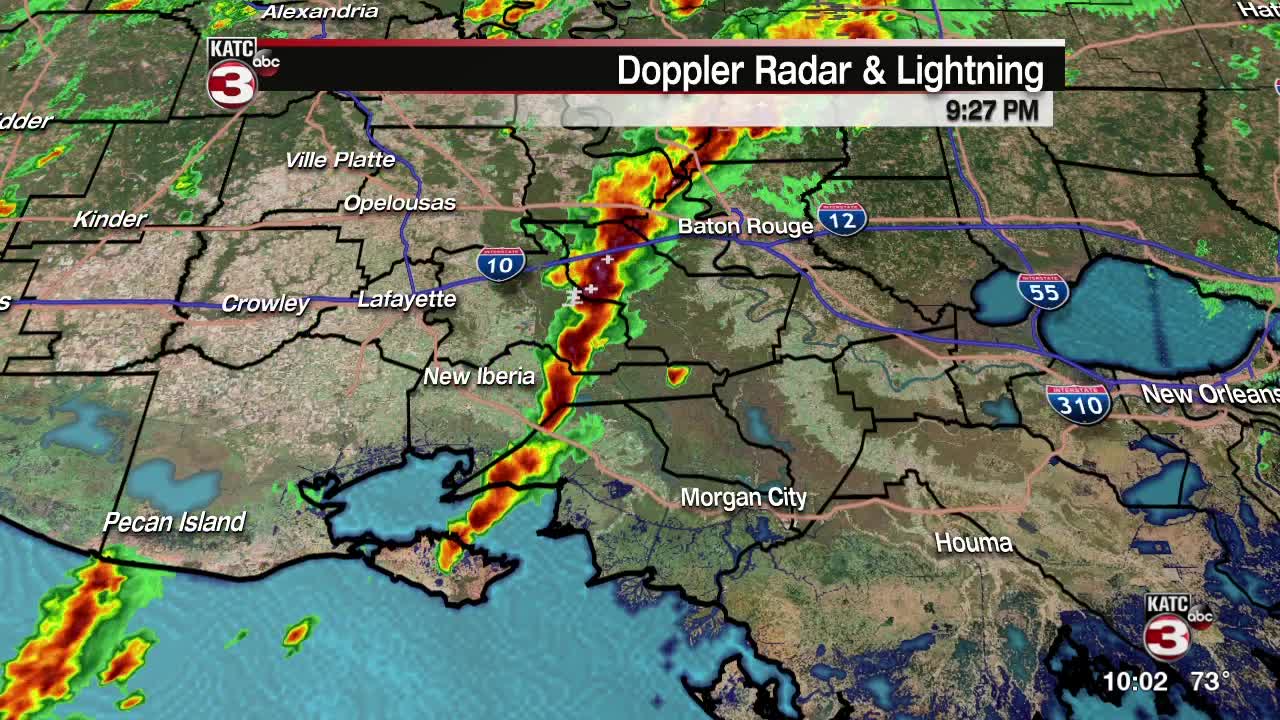 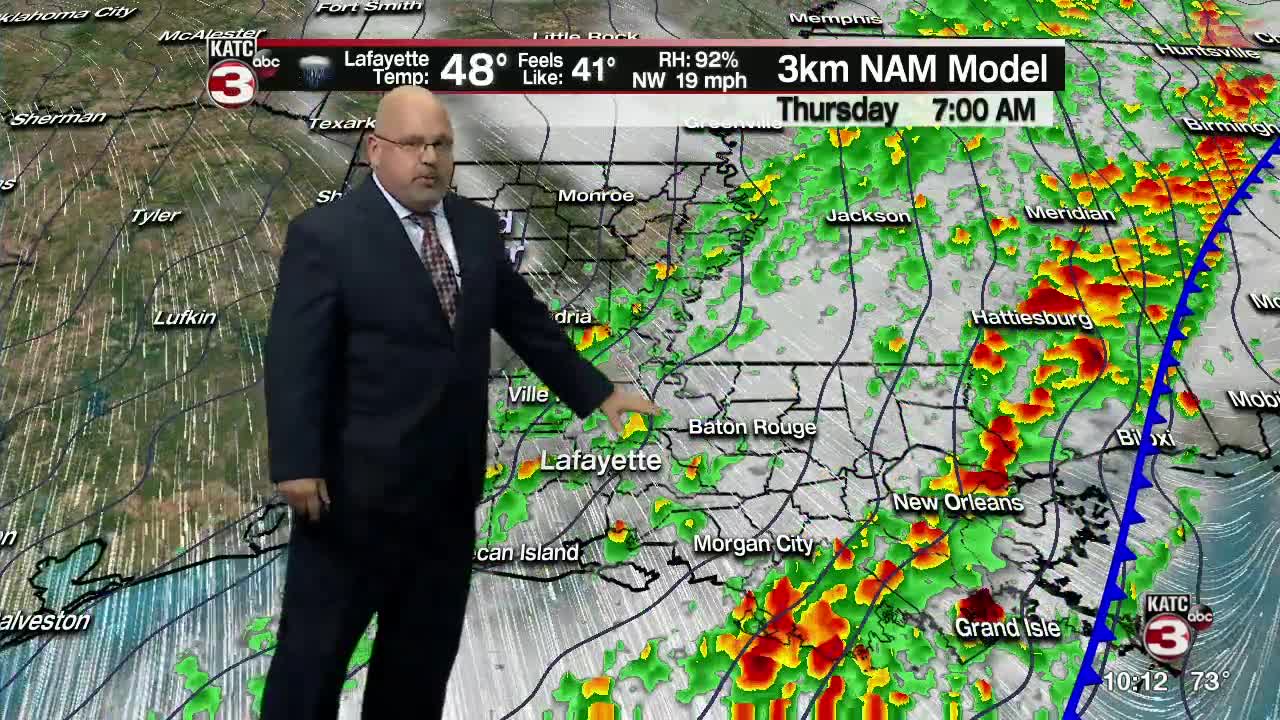 A winter chill has descended upon Acadiana following a strong cold front that passed through the region overnight Wednesday with temperatures likely heading close to the mid-30s for Friday morning.

These chilly temperatures has prompted the National Weather Service in Lake Charles to issue a Frost Advisory for all of Acadiana but breezy north winds will dictate as to whether frost does indeed form by daybreak.

Nonetheless, it would be a good idea to cover the tender vegetation, and probably for the next several nights, as readings for Saturday and Sunday mornings could be in the upper 30s with nearly calm winds... which would be conducive for some frost, especially in the northern Acadiana parishes.

So if we don't see a frost Friday morning, we could see one Saturday and/or Sunday morning.

Weather-wise expect fair to partly cloudy skies Friday into the weekend with plenty of sun occasionally dulled by some high level cirrus clouds from to time.

Highs Friday will be in the upper 50s with lower 60s expected Saturday and Sunday.

More high clouds and milder temperatures are expected into next week, but per the Euro Model, the chance of rain appears rather low for Acadiana most of the week with the next cool front arriving later in the week.

Overall the pattern for Acadiana through the next week to 10 days looks cooler and drier than normal.

Normal high temperatures this time of year should be in the mid-upper 70s while lows should be closer to the mid-50s...and we look to stay below those values for the foreseeable future.