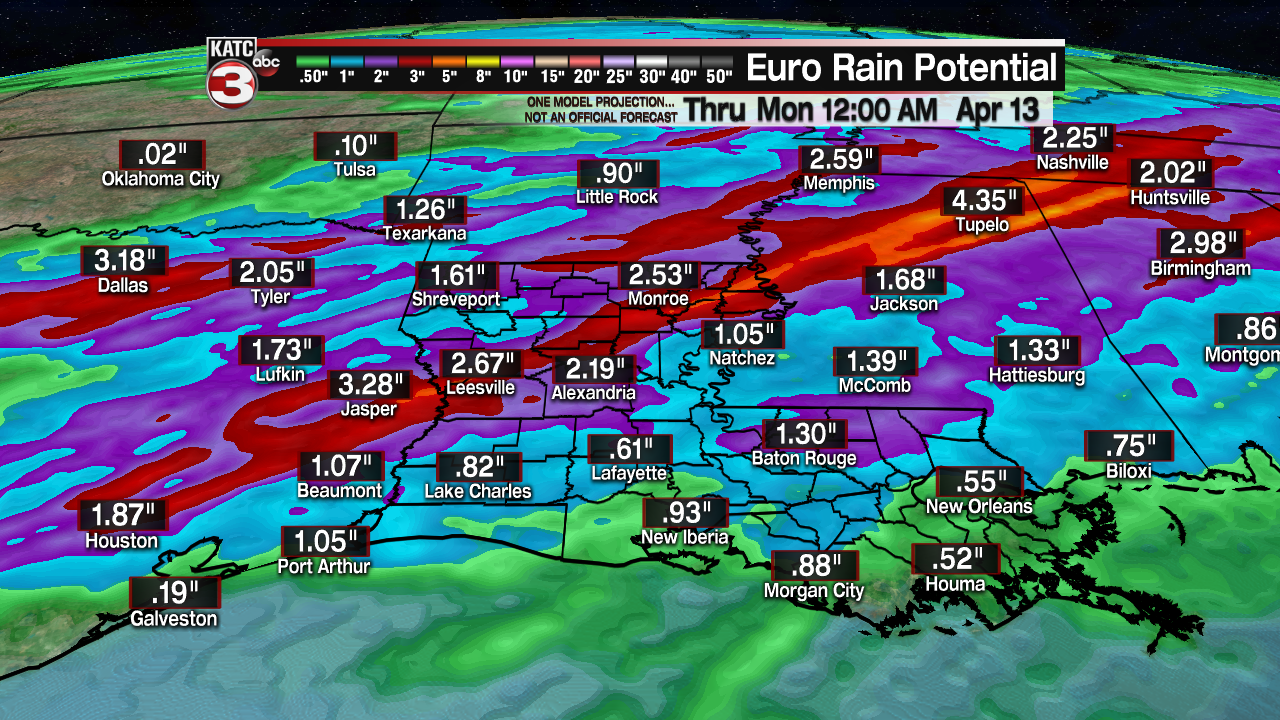 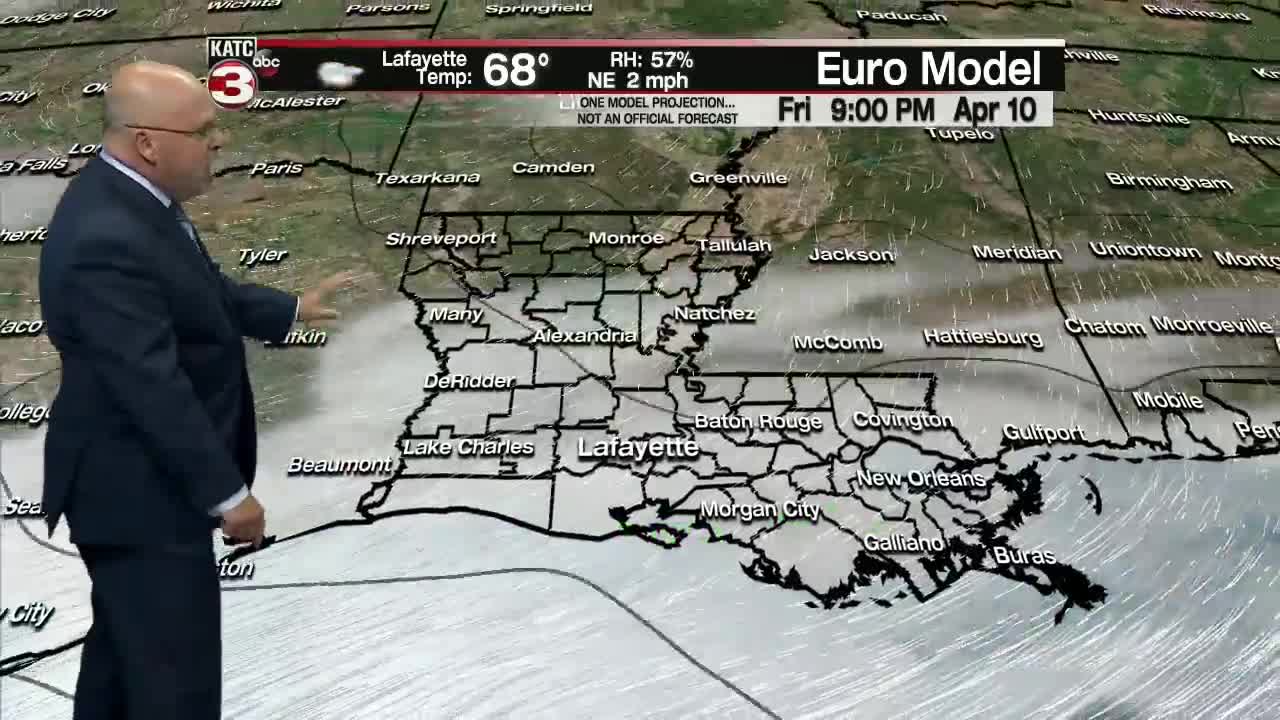 After another warm day Thursday, cooler temperatures and scattered storms are in the forecast for Acadiana by Thursday evening.

And after a cooler and relatively drier Friday, warmer temperatures and the threat of showers and perhaps strong storms are anticipated Saturday, and especially into Saturday night into early Sunday.

In the near term, expect partly mostly cloudy skies accompanied by mild and humid conditions overnight through Friday morning with lows again in the lower 70s.

Thursday will be a mostly cloudy and rather warm day with highs reaching the mid-upper 80s. Heat indices will again reach above 90 degrees in spots especially with a few more intervals of afternoon sun.

In addition, there will be a slight chance of a shower or thunderstorm Thursday, but rain chances should stay near 20% during the daylight hours, but should increase Thursday night to near 60%.

A couple of upper disturbances riding in the sub-tropical jet stream (and along and north of the frontal boundary) should induce scattered shower and thunderstorm activity.

And although the cells should be weakening as they traverse from west to east across the area, the Storm Prediction Center (SPC) does have western sections of Acadiana hatched in for a marginal risk of a severe storm.

Gusty winds and perhaps some small hail would be possible in a few isolated storms Thursday night.

Acadiana will see cooler temperatures and should get a break from rain chances with partly sunny skies accompanied by much more comfortable humidity and temperatures with highs struggling to reach the lower 70s after a morning start near 60...give or take a few degrees.

The weekend weather pattern continues to look more "energetic" and potentially stormy with a warm-up Saturday and the chance of scattered showers and a few locally intense thunderstorms ahead of an area of low pressure that will swing through the state by Sunday.

The SPC has all of Acadiana hatched in for a slight risk of severe storms later into Saturday, including Saturday night, and more than likely, into early Sunday.

Storms containing damaging winds, hail and/or an isolated tornado or two might be possible, especially when dynamics will be there greatest from Saturday night through midday Sunday.

Based on the latest Euro Model, it appears that rain chances should be in the 40-60% range Saturday with better dynamics in the northern part of the state, while the risk of storms should increase for the Acadiana area (80-90%) late Saturday night through the morning hours Sunday.

The heaviest rains with this system as advertised by today's models should be in the central and northern part of the state...but that could change.

For now, expect anywhere from 1/2" up to possibly 2" in spots with the storms this weekend...some much needed rainfall. But stay tuned for further forecast changes.

Following the unsettled weekend, next week looks simply awesome with a sunny and warm conditions expected Monday, followed by sunny and cooler conditions for most of the rest of the week.

See the KATC 10 Forecast for the latest.