From frigid to dreary and cool 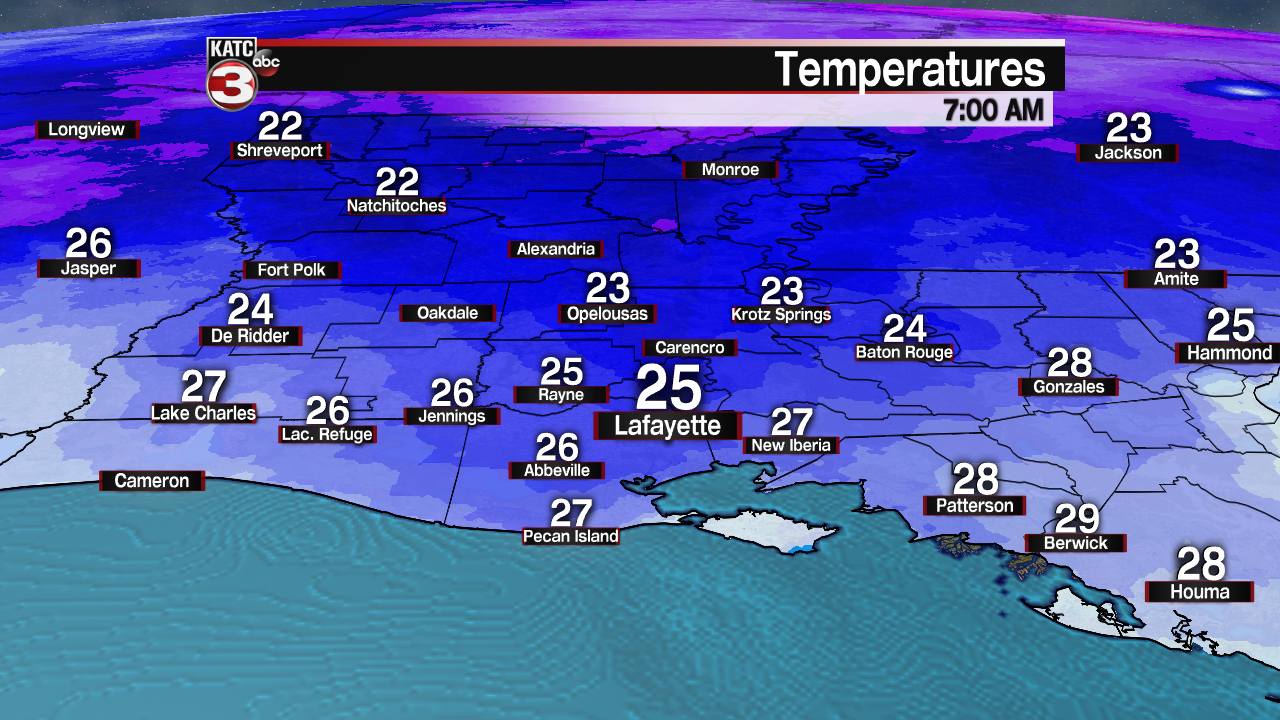 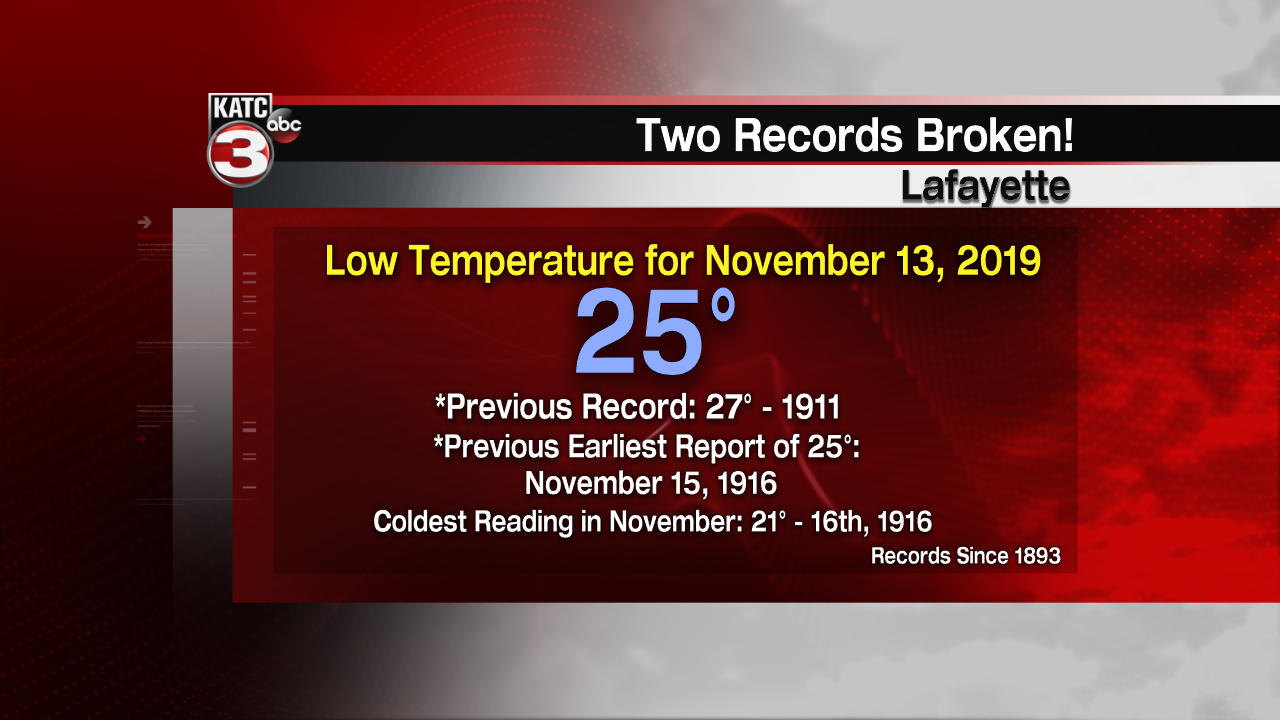 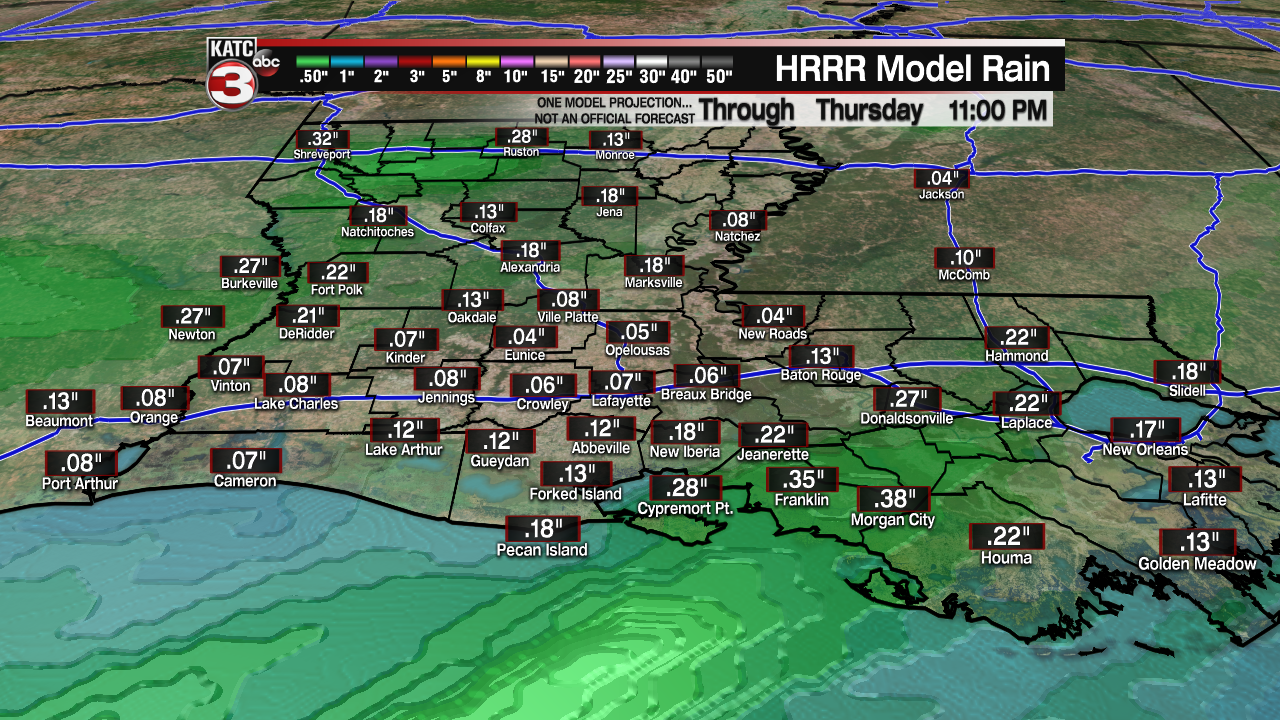 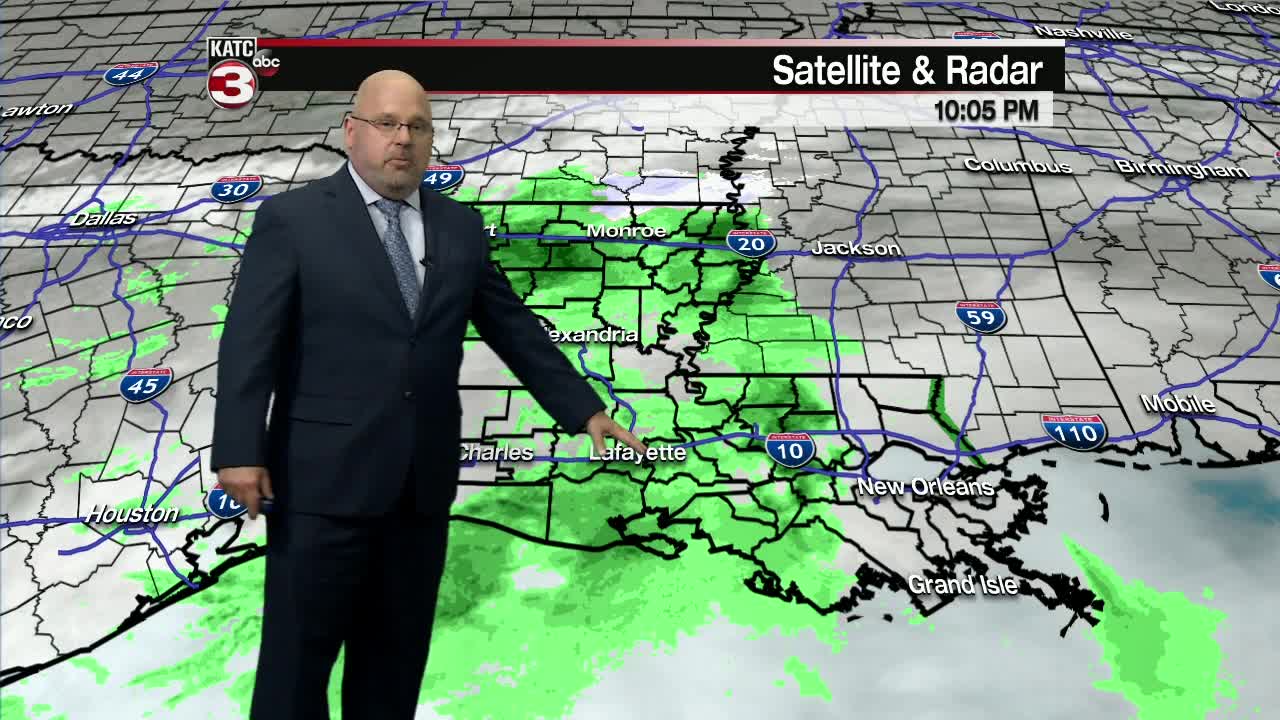 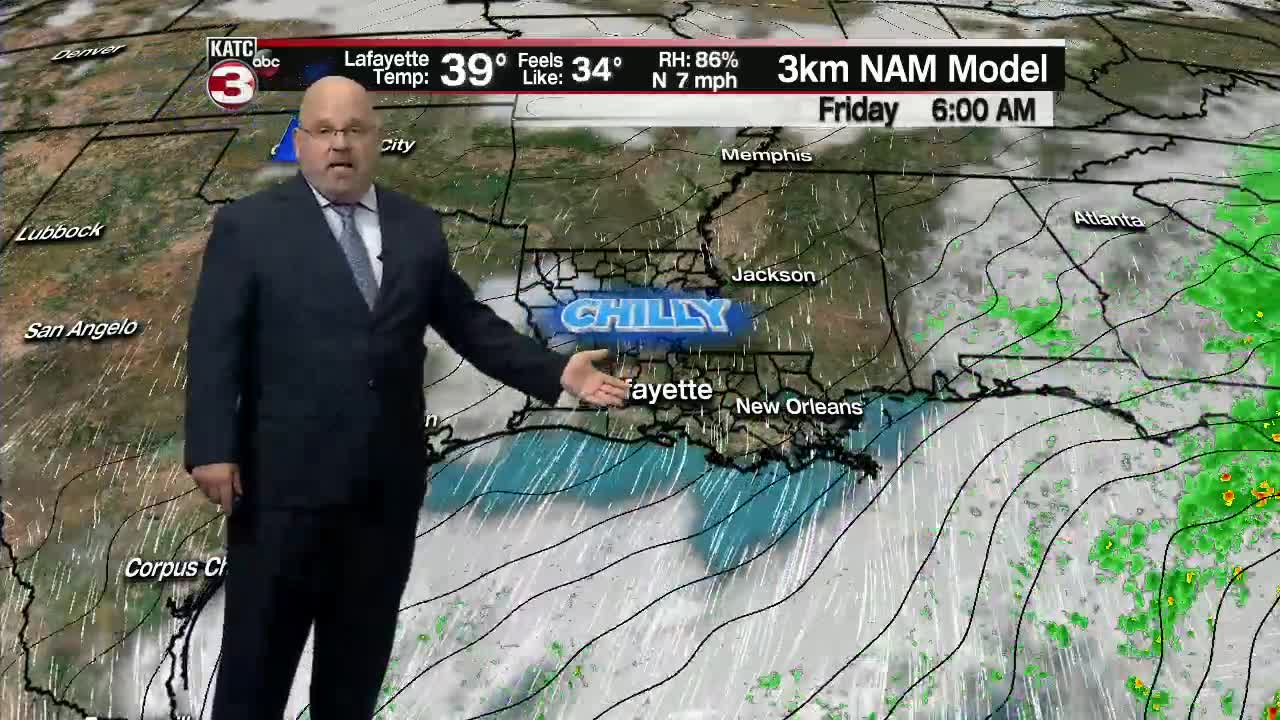 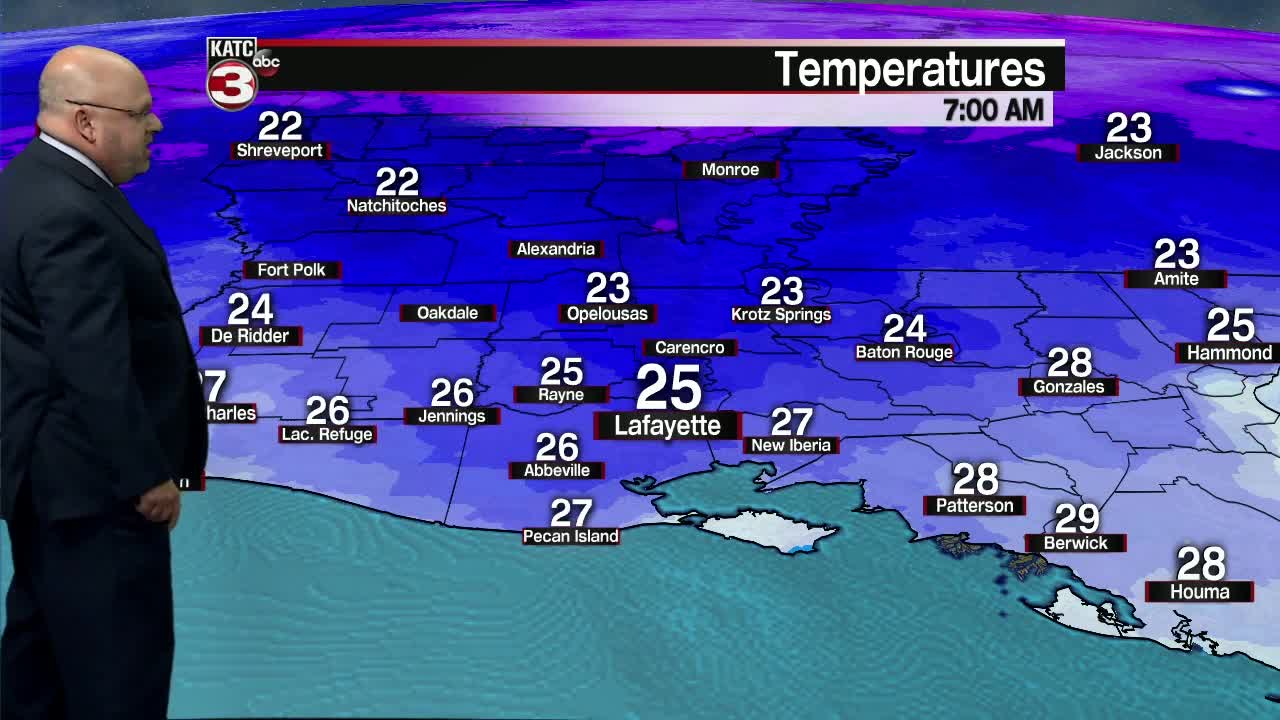 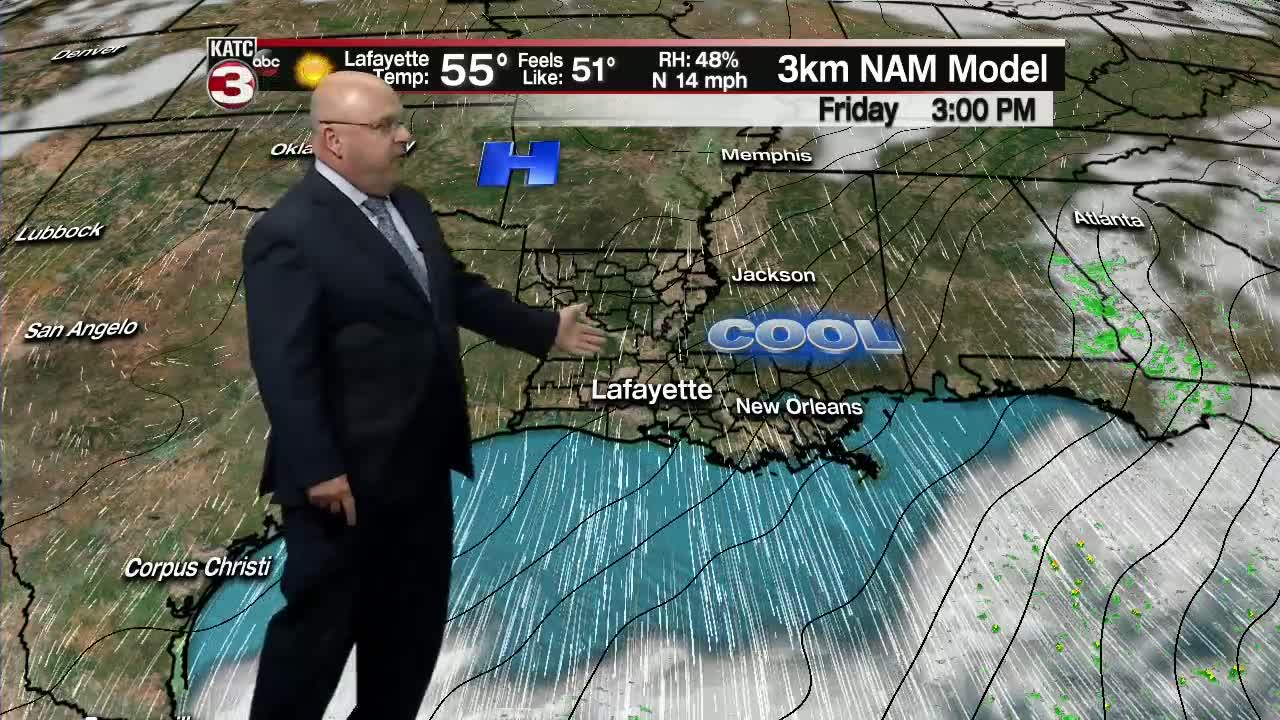 Temperatures will slowly drop and then level off in the lower 40s through daybreak Thursday as some light rain showers advance into the area, mainly after midnight.

An upper low rolling out of Mexico and South Texas will engender an area of low pressure to develop in the Central to Eastern Gulf of Mexico through Thursday and in concert with another upper level disturbance rolling southeastward out of the High Plains will keep clouds and fairly high rain chances in the area through Thursday afternoon.

Rain chances Thursday will be in the 70% range with mostly occasional light rain showers producing rain totals generally no higher than a 10th of an inch of rain.

A few spots closer to the coast may catch up to a third of an inch.

Clearing and cooler conditions courtesy of a not so strong cool front will advance into the area Thursday night with temperatures dropping into the mid-upper 30s for Friday morning.

Friday and the weekend look for the most part nice and cool with temperatures still running some 10-20 degrees below normal.

Look for sunny skies Friday and Saturday with highs in the mid to upper 50s and partly cloudy skies with highs pushing the lower 60s Sunday.

Overnight lows with clear skies and light winds into Saturday and Sunday mornings will be in the "frost" zone with readings in the low to mid 30s...so the plants will probably need to be covered into this weekend.

It looks relatively quiet with milder temperatures getting back into the low to mid 70s next week before another not so strong front arrives Thursday accompanied by some showers, possibly a thunderstorm. See the KATC 10 Day Forecast for the latest.

The weather looks pretty good leading into the following weekend although there could be some showers by that Sunday.

A stronger front may arrive beyond that weekend...which would get us into Thanksgiving Week...but no accurate forecasts for Thanksgiving are available yet!

Climate Notes: Area-wide, temperatures Wednesday morning were in record territory for all of Acadiana.

Not only did Lafayette break a record low this morning for the date, but a new record has been established for the earliest reading of 25 degrees (by a couple of days).

The all time record low for the month was set in the frigid outbreak in 1916 on November 16 at 21 degrees.