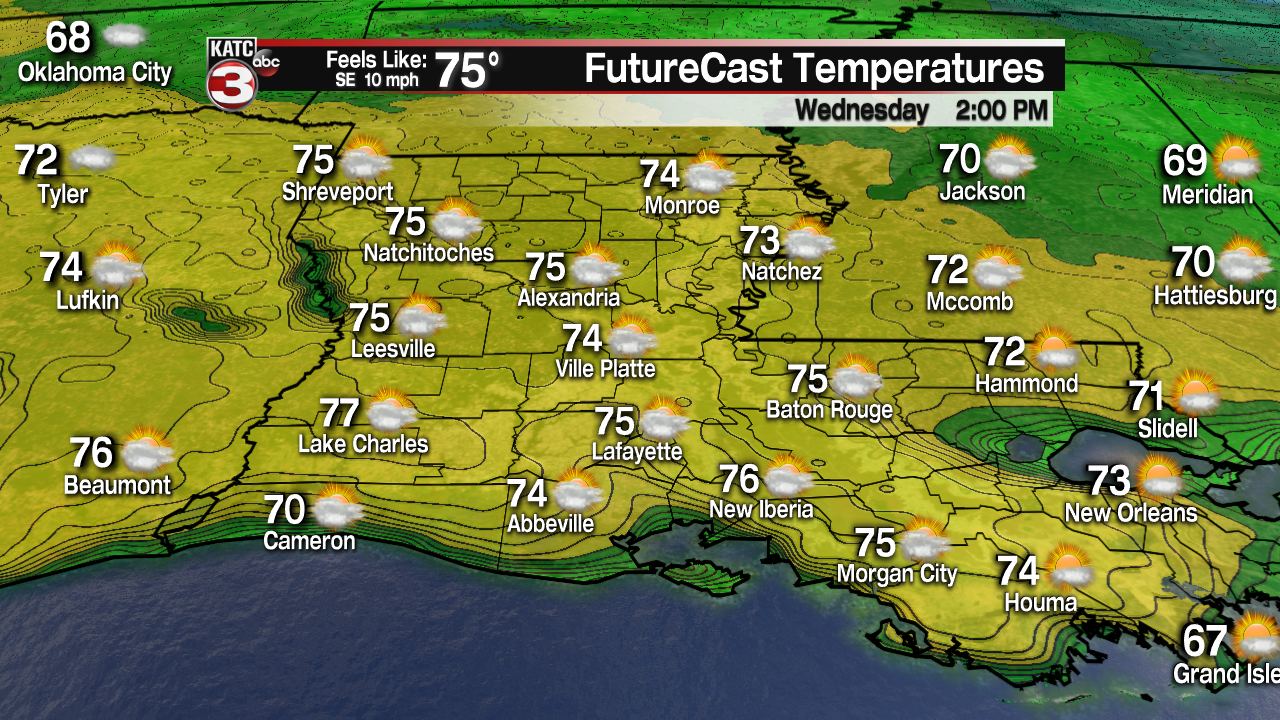 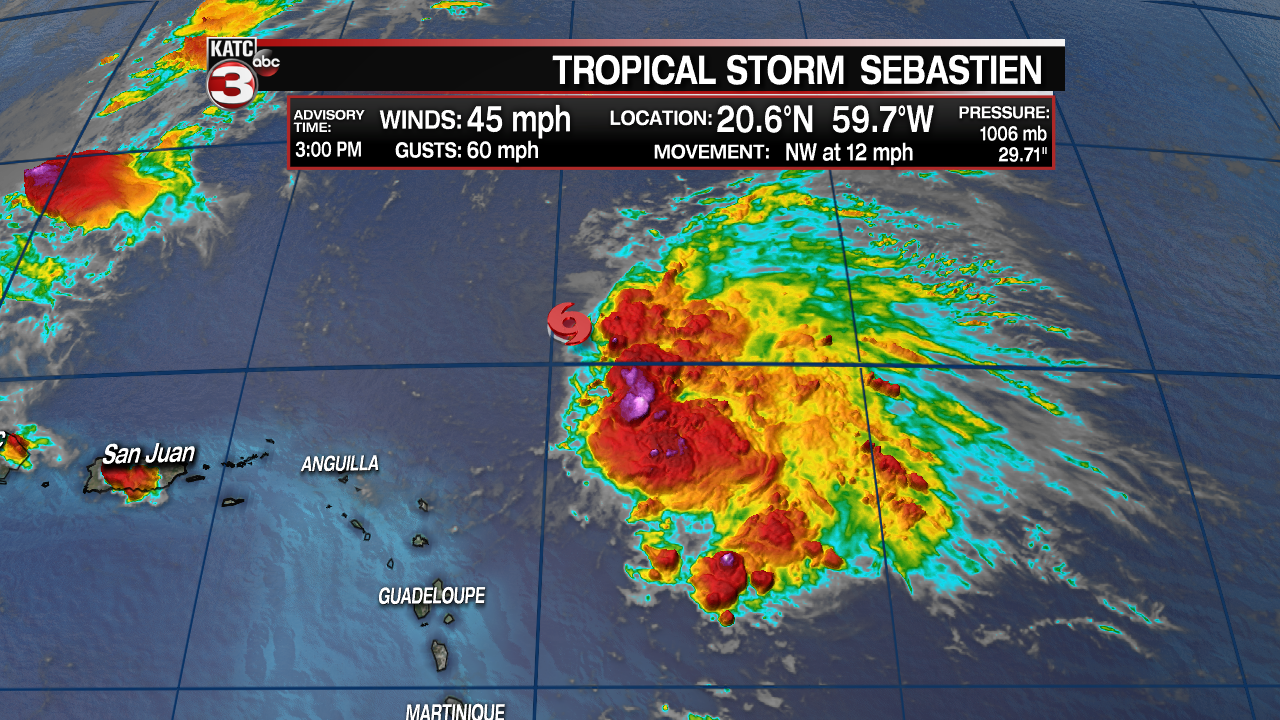 Tonight into Wednesday morning fog will be an issue again with visibility dropping to less than a quarter of a mile for many Acadiana communities.

The fog should mix out quickly giving way to mostly sunny skies warming highs into the mid to upper 70s.

Thursday morning the fog will not be as thick but areas of patchy fog will be possible and it will be milder with lows in the mid to upper 50s.

During the afternoon clouds will be increasing but it will still be warm with highs in the mid to upper 70s.

Most of Friday will be dry and warm with temperatures pushing the mid to upper 70s again but during the evening and into early Saturday morning we will have a decent chance for scattered showers as our next cool front swings through the region.

Behind this front cooler air will arrive for the weekend with highs in the low 60s on Saturday and mid 60s on Sunday under mostly sunny skies.

Next week will start off nice with a mix of sun and clouds and temperatures in the mid to upper 60s on Monday.

Tuesday highs could climb back into the lower 70s before our next front sweeps across Acadiana Tuesday evening.

This front looks to bring a decent round of scattered showers and even the possibility of a few thunderstorms, some of which could be on the stronger side.

Another round of cooler air slides over Acadiana behind this front dropping highs into the upper 50s on Wednesday.

Right now Thanksgiving looks good with temperatures starting in the lower 40s before warming up into the mid to upper 60s under partly cloudy skies.

Late Thanksgiving into Black Friday the models are hinting at the possibility for a few scattered showers to return to Acadiana but this is still 10 days out so things could change.

And for those that care Tropical Storm Sebastien has formed in the Atlantic with 45 mph winds.

Sebastien could briefly strengthen on Wednesday as it drifts off to the NW but the storm will eventually merge with an approaching cold front and lose tropical characteristics by Thursday.

This storm is no threat for the United States and will just be a storm for the fishes.