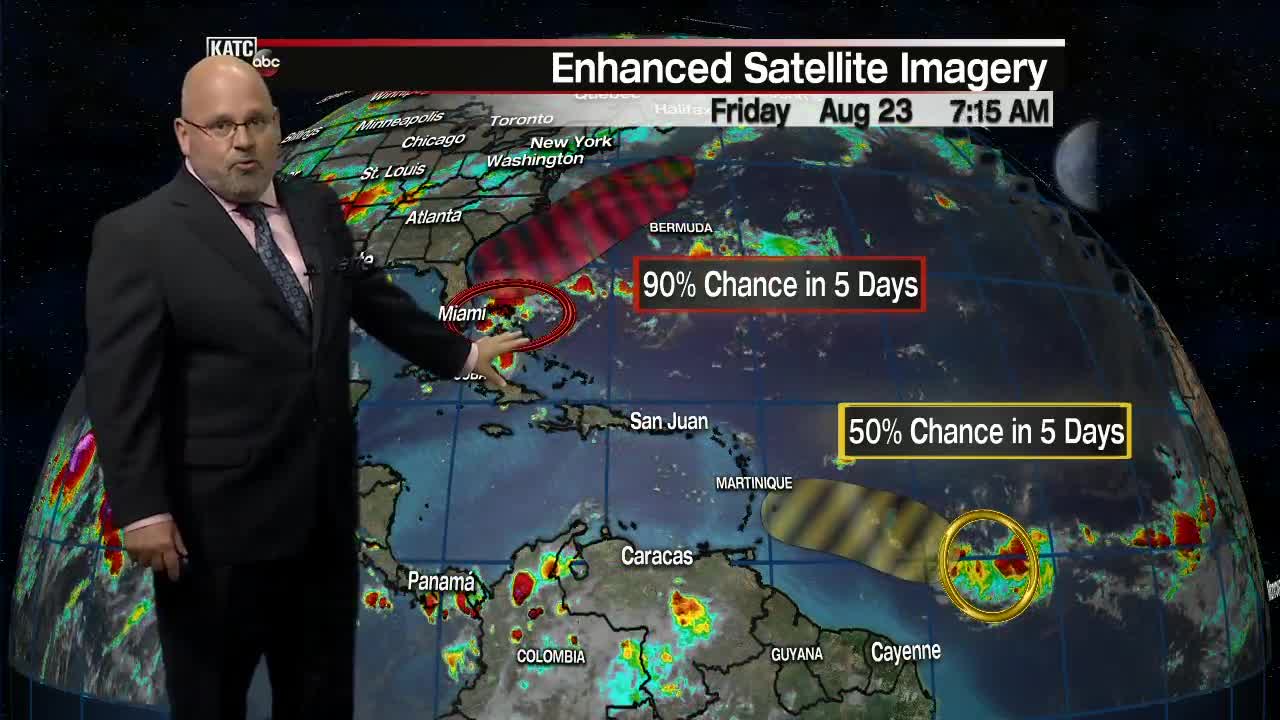 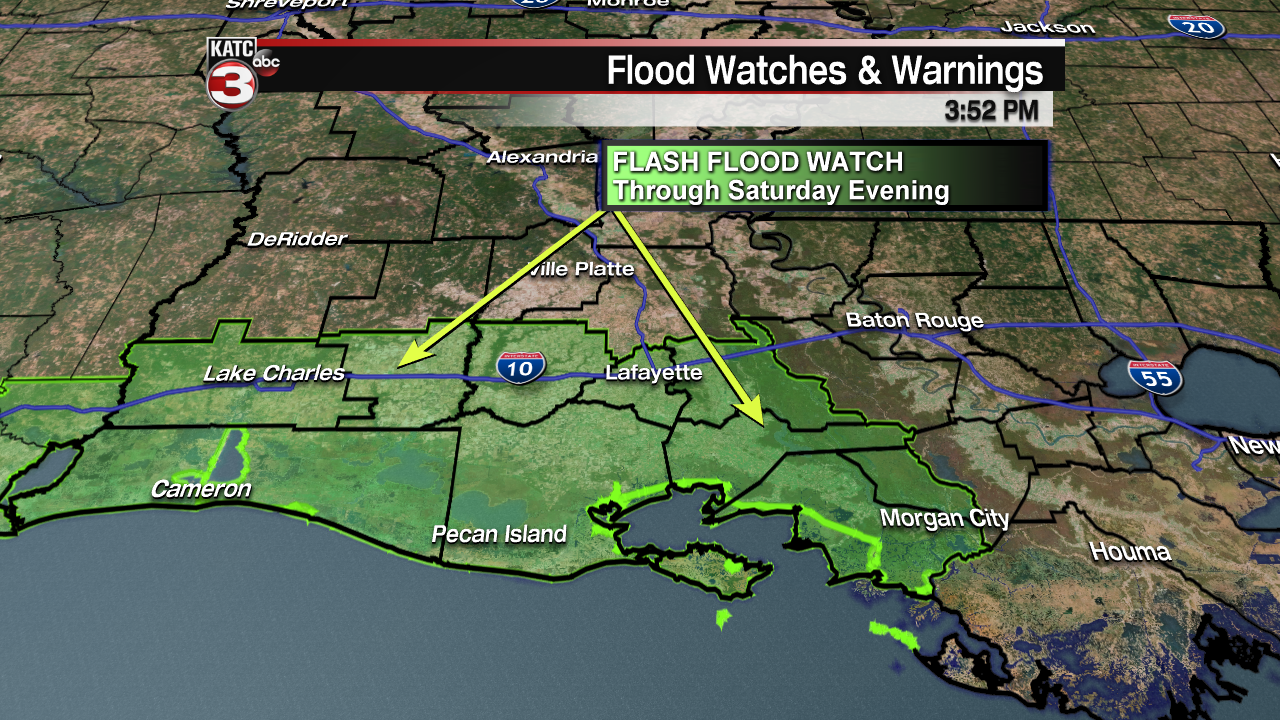 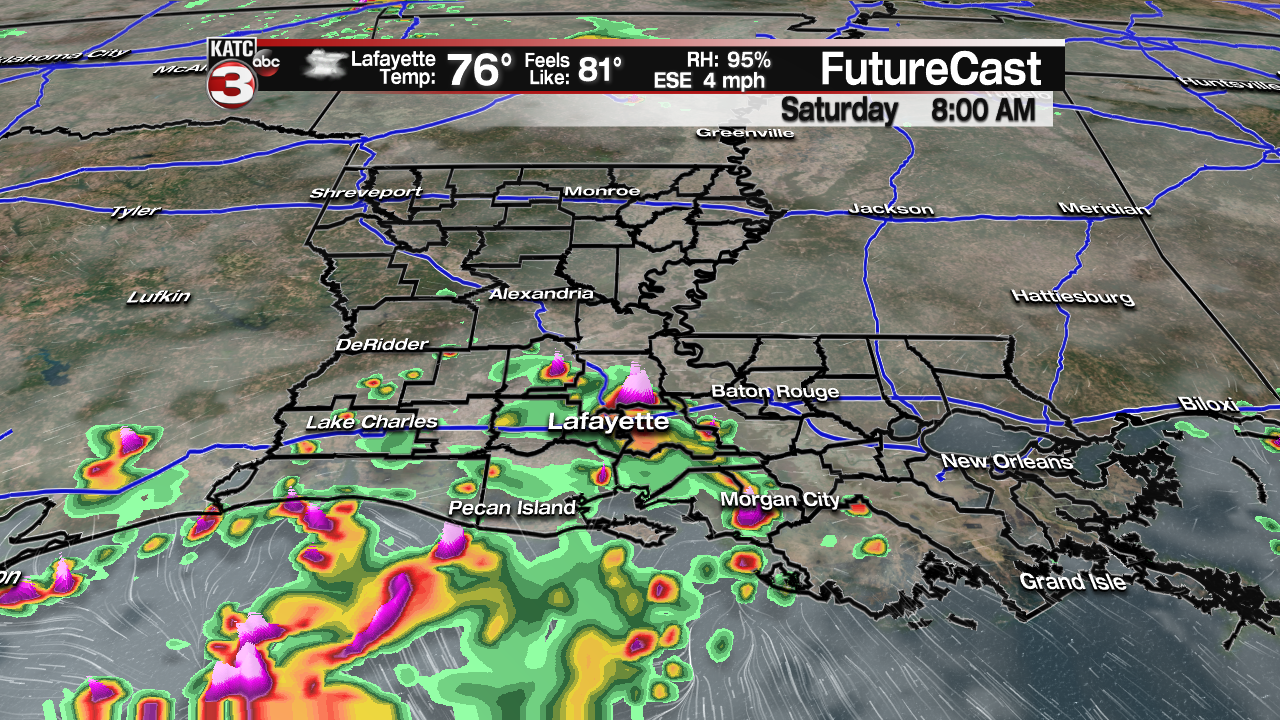 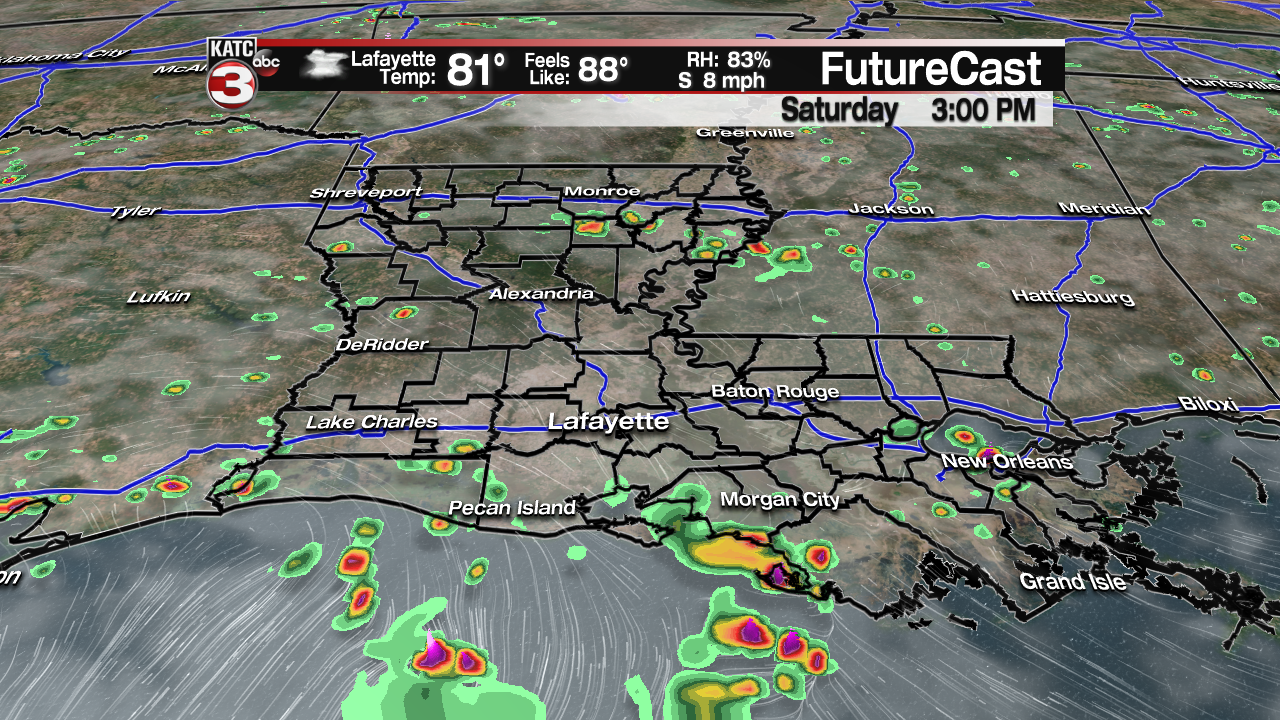 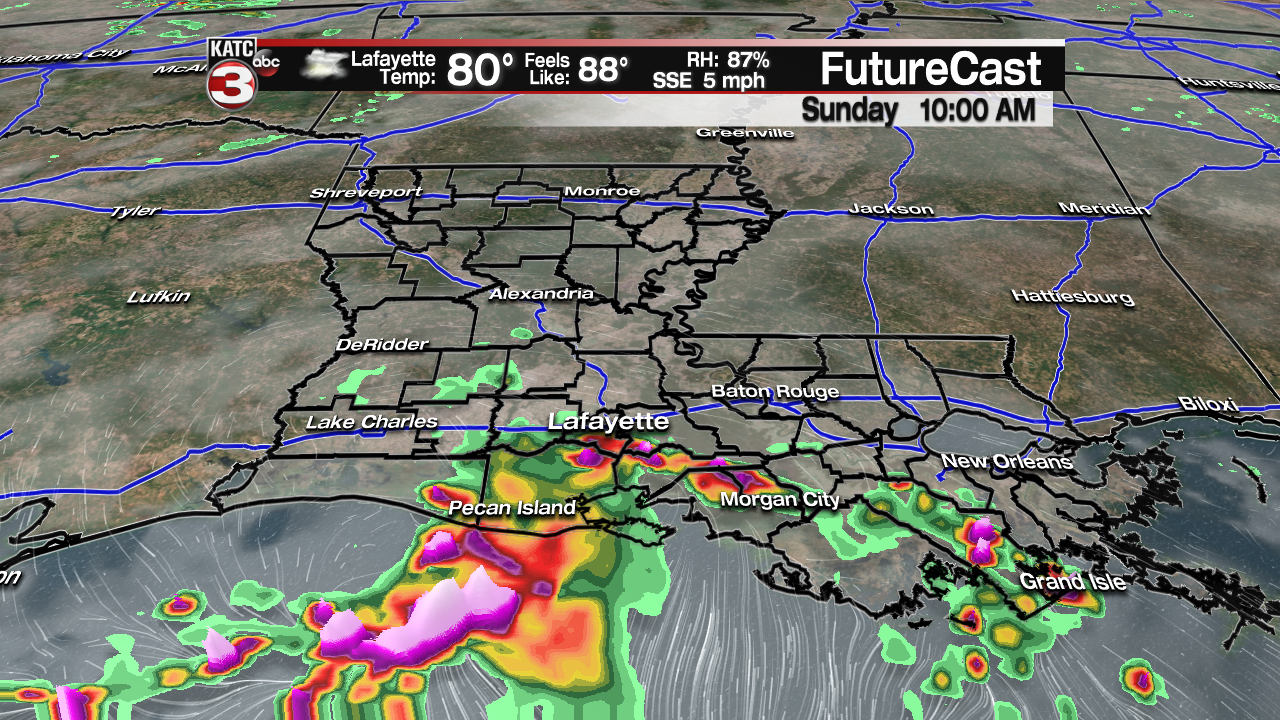 A Flash Flood Watch is in effect for most of Acadiana through Saturday evening as deep tropical moisture will continue to lurk in the Gulf of Mexico and slide into the southern part of the state.

Look for some storms to develop overnight along the coast and migrate inland during the predawn hours.

Some storm activity will produce localized torrential tropical downpours especially during the overnight and morning hours Saturday, and may repeat again into Sunday.

Rainfall totals of 1-4" will be possible through Saturday evening with much lesser amounts north of the I-10 Corridor and the highest amounts along the immediate coastal marshes.

The highest tropical moisture after plaguing the area again Sunday, will begin advancing eastward into Monday with rain chances decreasing, especially by Tuesday.

It appears that a frontal boundary will be approaching the region mid next week, with drier and more pleasant conditions likely to move into the area by the end of the week which should last through the following weekend.

The relief of this front (mainly humidity and slightly cooler lows in the upper 60s (highs in upper 80s) may be short-lived as models are indicating that an area of low pressure (possibly tropical in nature) may develop along the front in the Northeastern Gulf of Mexico in the 8-10 day range with the feature drifting westward toward Louisiana thereafter.

Speaking of the tropics, while the National Hurricane Center (NHC) hasn't mentioned the feature in the Gulf south of our area, they are watching for development of a system near the Bahamas that will likely (90% in the next 5 days) become a tropical depression and/or storm as it parallels the Southeastern/Mid-Atlantic States before moving out to sea.

Another tropical wave has been surviving the duty mid-Atlantic and the NHC gives this system about a 50% chance of development in the next 5 days as it nears the Windward Islands during that time-frame.

It should be noted that the Euro Model tracks this feature/wave potentially nearing the Northwestern Caribbean during the next 10 days and could be a possible Gulf threat down the line as well.

All signs that the tropics are coming alive, right on cue.