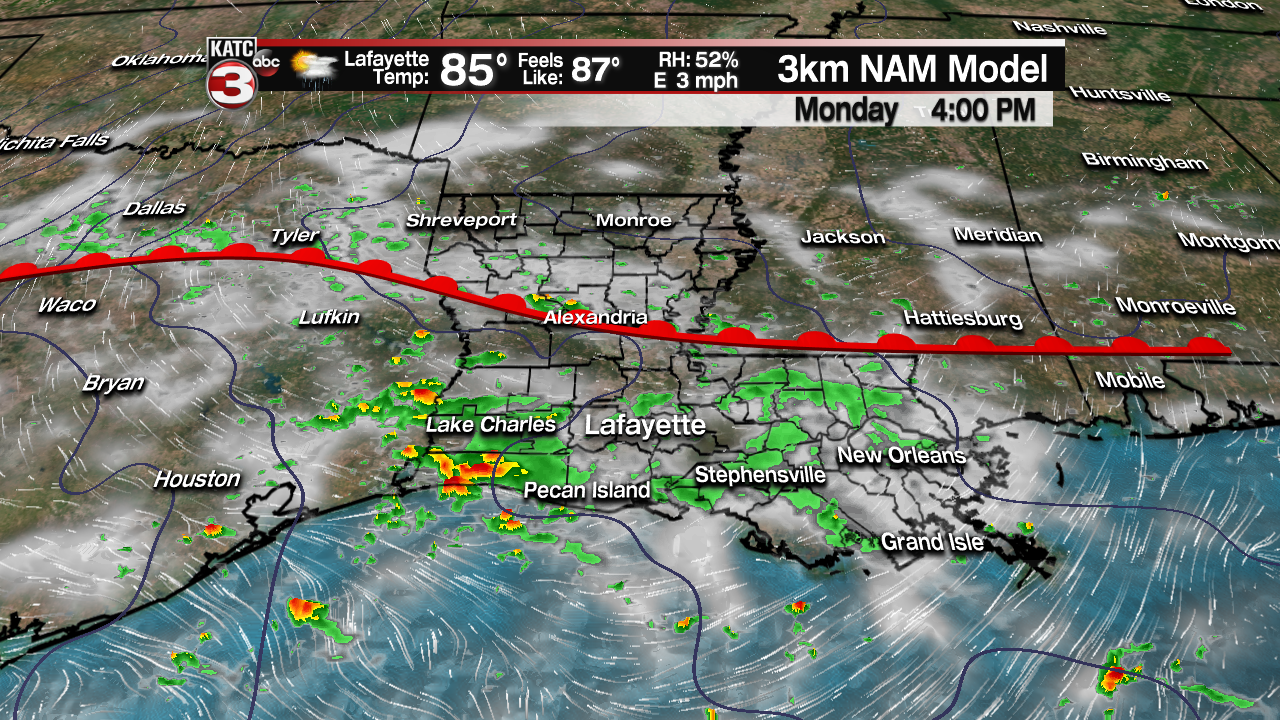 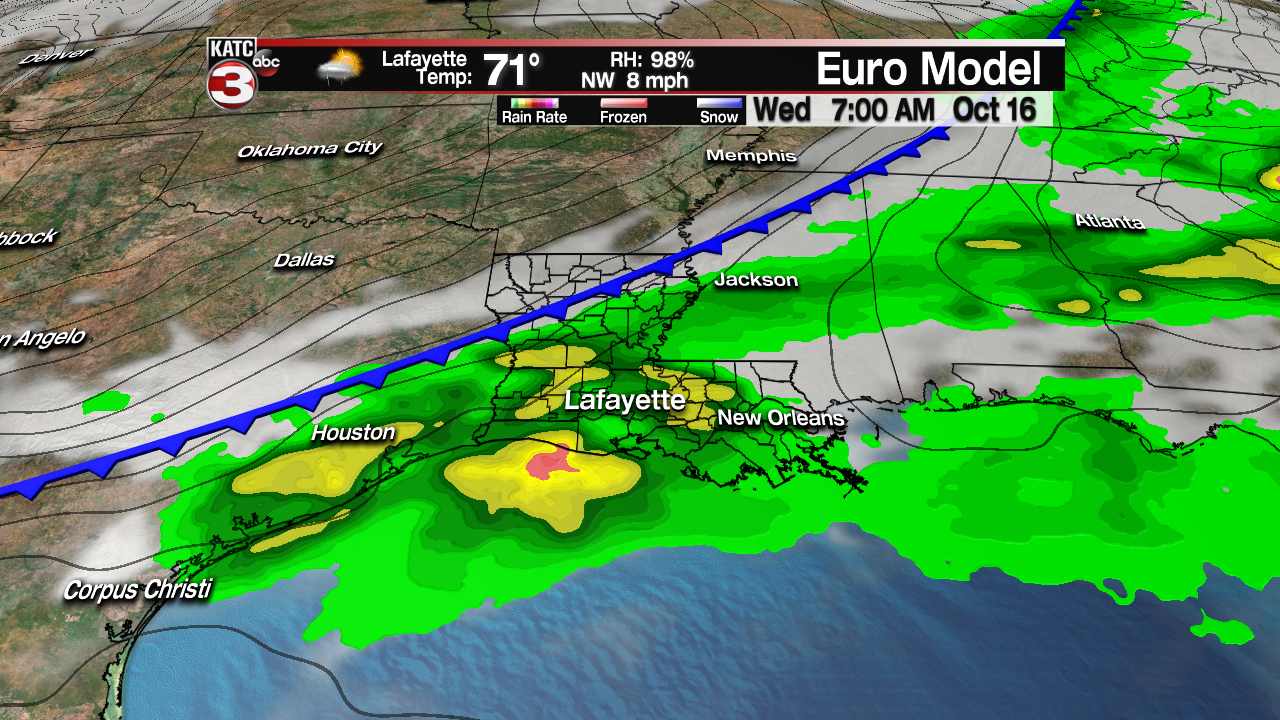 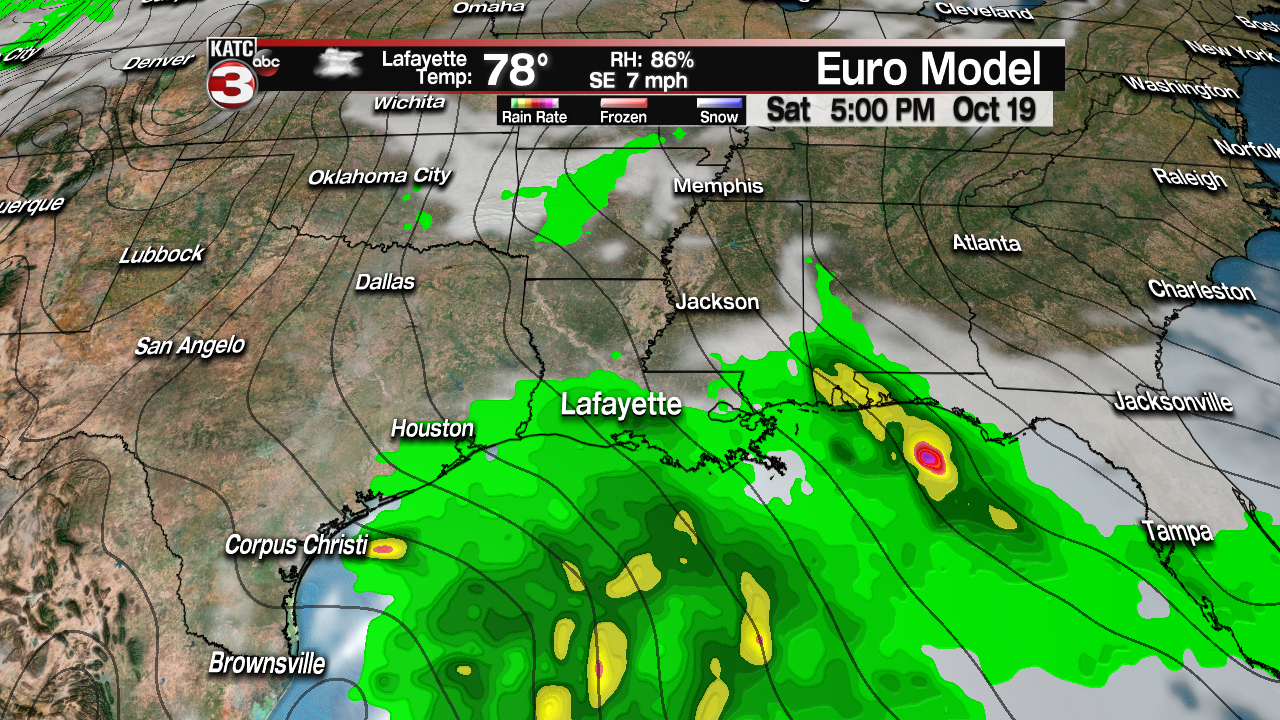 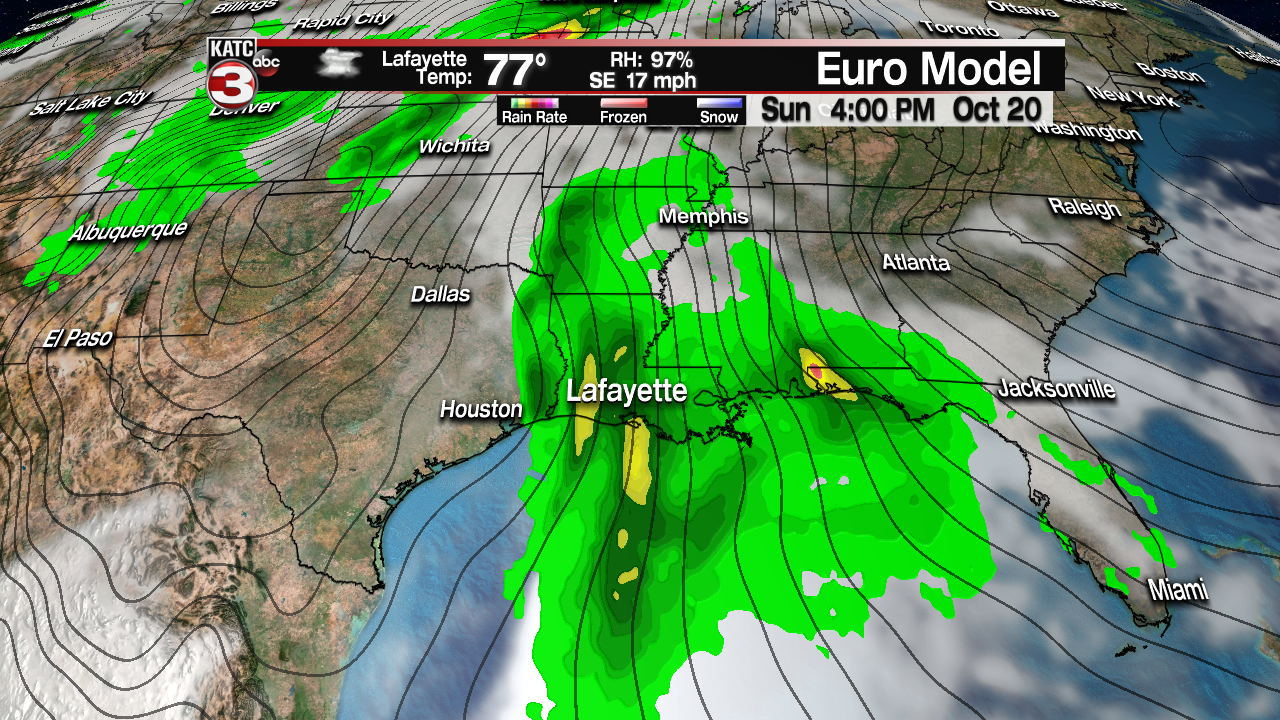 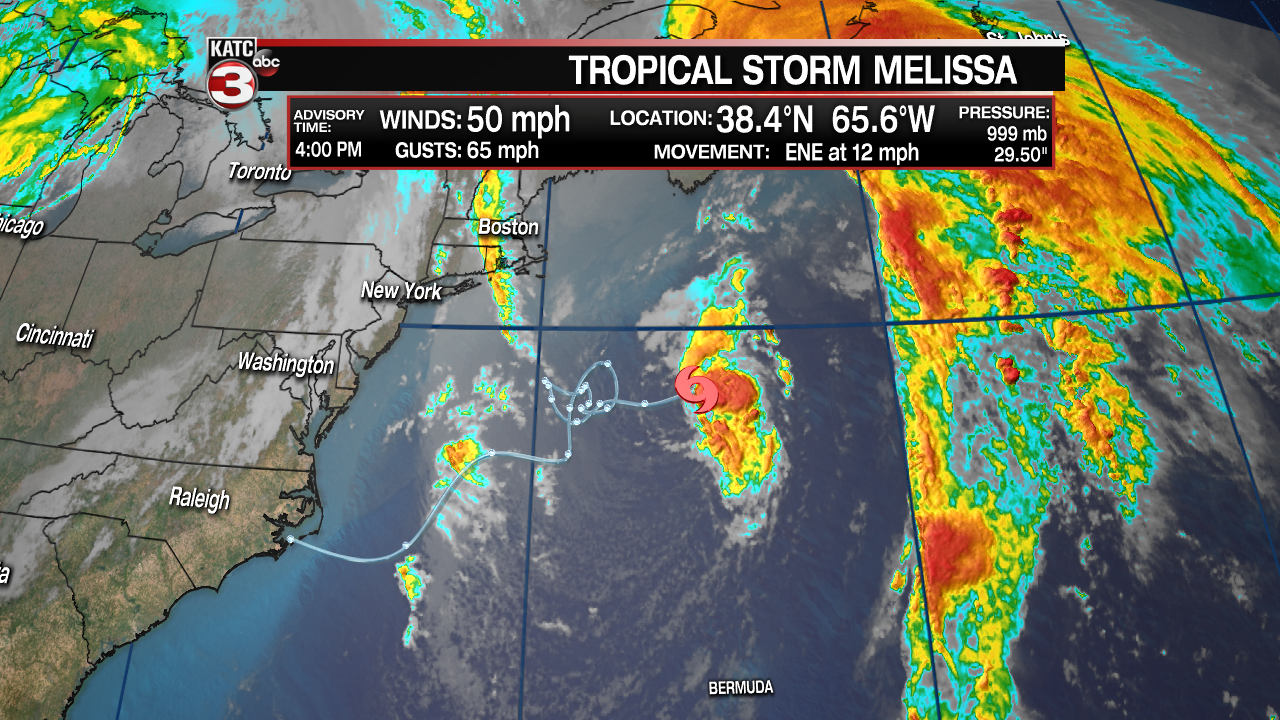 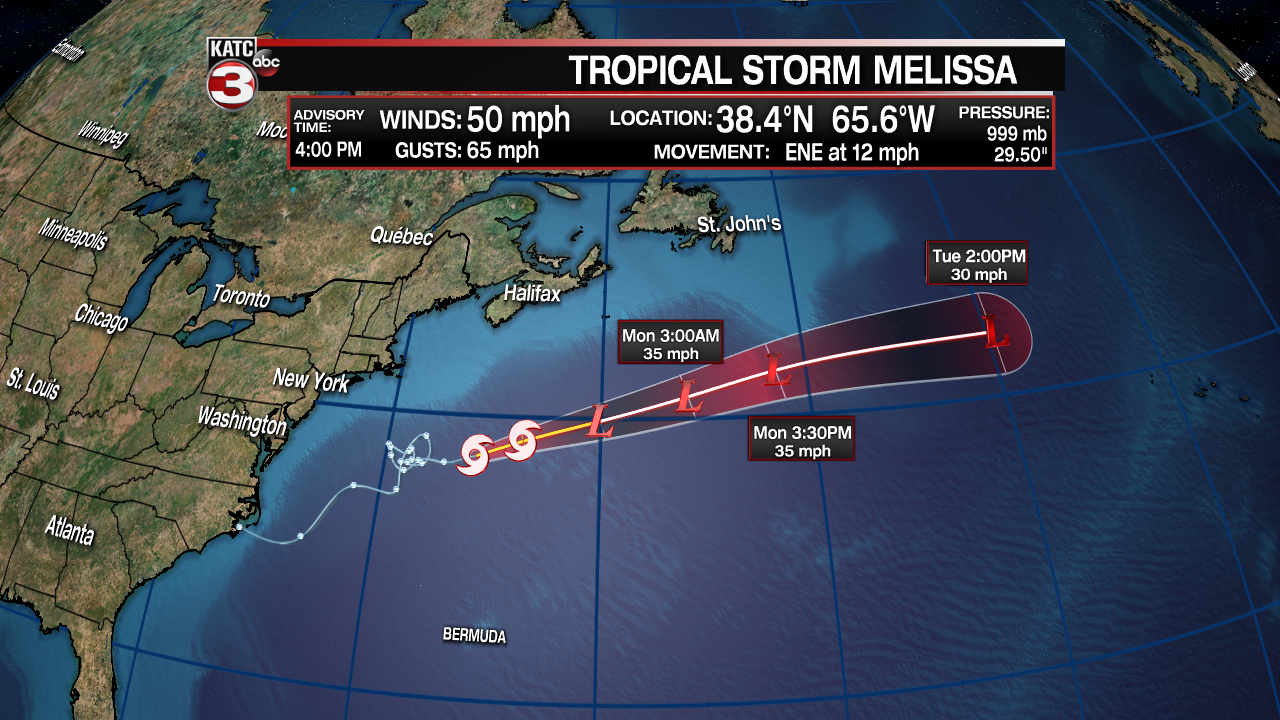 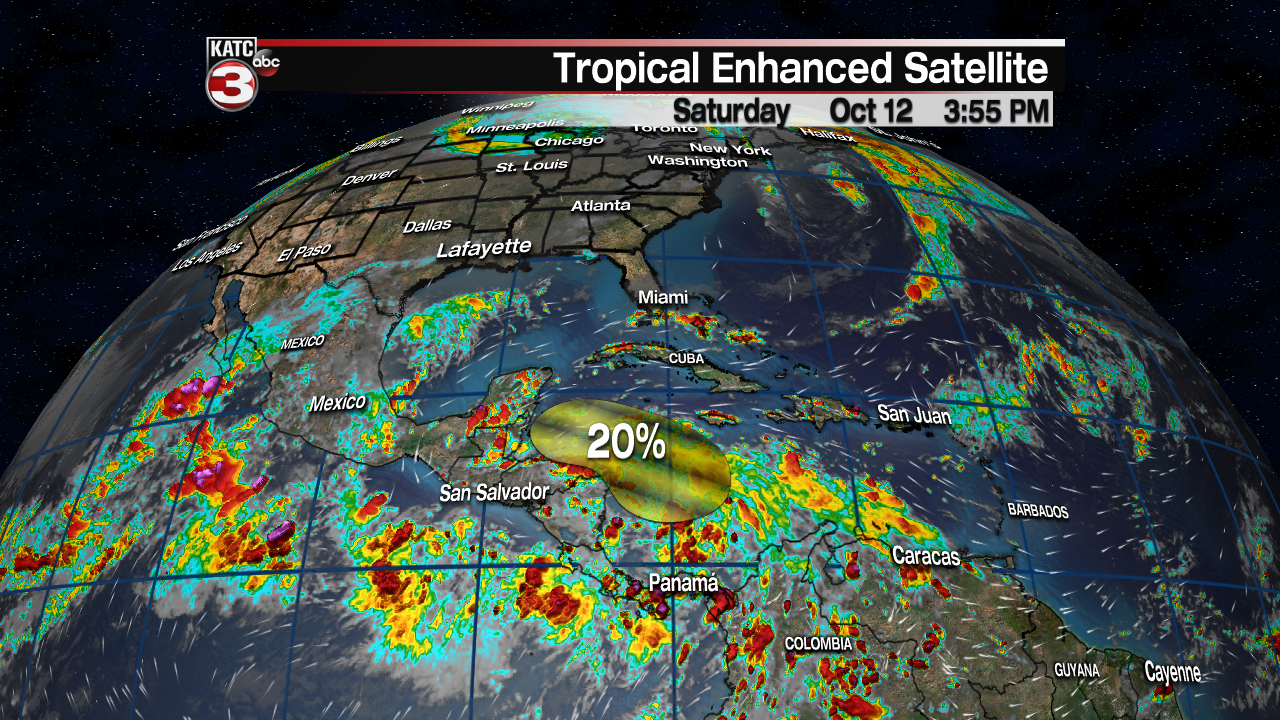 It will be another chilly morning on Sunday with lows dipping down into the mid 50s.

After the cool start it will turn out to be a beautiful October day with highs in the upper 70s to lower 80s.

Then as we go into the new work week a warm front will begin to lift out of the Gulf and over Acadiana on Monday producing a few scattered showers and storms throughout the day.

By Tuesday the warm front should be situated along the i-20 corridor but we could still have a few hit or miss showers fire up in Acadiana.

Tuesday night a cold front will dive south into the region creating another round of scattered showers and storms during the first half of the day on Wednesday.

Behind this front cooler air will filter down into Acadiana with highs holding in the 70s on Wednesday and Thursday, with lows falling into the mid to upper 50s.

After a dry day on Thursday the chance for hit or miss showers returns Friday afternoon as moisture off the Gulf tries to move inland.

Next weekend looks wet as the models are indicating that a tropical wave could try to develop in the western Gulf sending showers and storms over Acadiana on Saturday followed by another cold front sweeping across the area on Sunday bringing more showers and storms.

In the Atlantic Tropical Storm Melissa is pulling away from the northeast and should slowly weaken over the next couple days as it moves out into the north Atlantic.

Then in the Caribbean, down by South America, the National Hurricane Center is watching a cluster of showers and storms for the low end chance (20%) of development over the next 5 days as those showers drift to the NW along Central America.